Grace's Guide is the leading source of historical information on industry and manufacturing in Britain. This web publication contains 137,309 pages of information and 220,476 images on early companies, their products and the people who designed and built them. 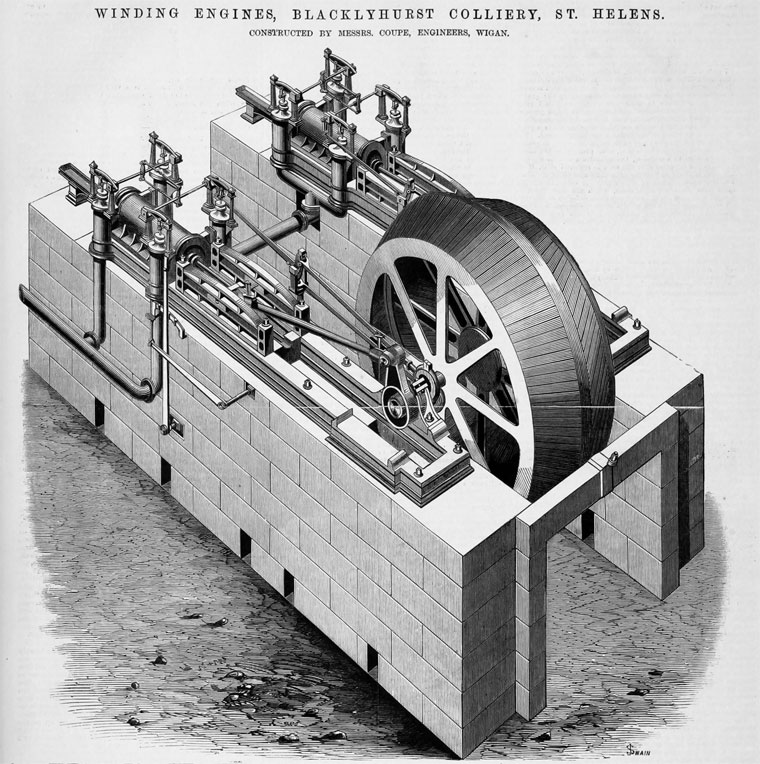 1871 Advertisement: 'MESSRS. R. J. & E. COUPE, Engineers, of Worsley Mesnes Ironworks, Wigan, have great pleasure informing their Friends and the Public that they have taken the Salford Brewery, Worsley-street, Salford, for Show Rooms, in which they have now stored several horizontal high-pressure steam engines. Some are fitted out in pairs complete, colliery winding engines, with slot link motion, though equally well adapted for manufacturing purposes; others, again, are the ordinary engines, suitable either for winding or for regular turning, required. As engines are being constantly taken from and added to stock, it is impossible to particularise but their aim is have a full collection, varying from 10in. to 20in. bore of cylinder, and from 18in. to 36in. stroke.' [4]