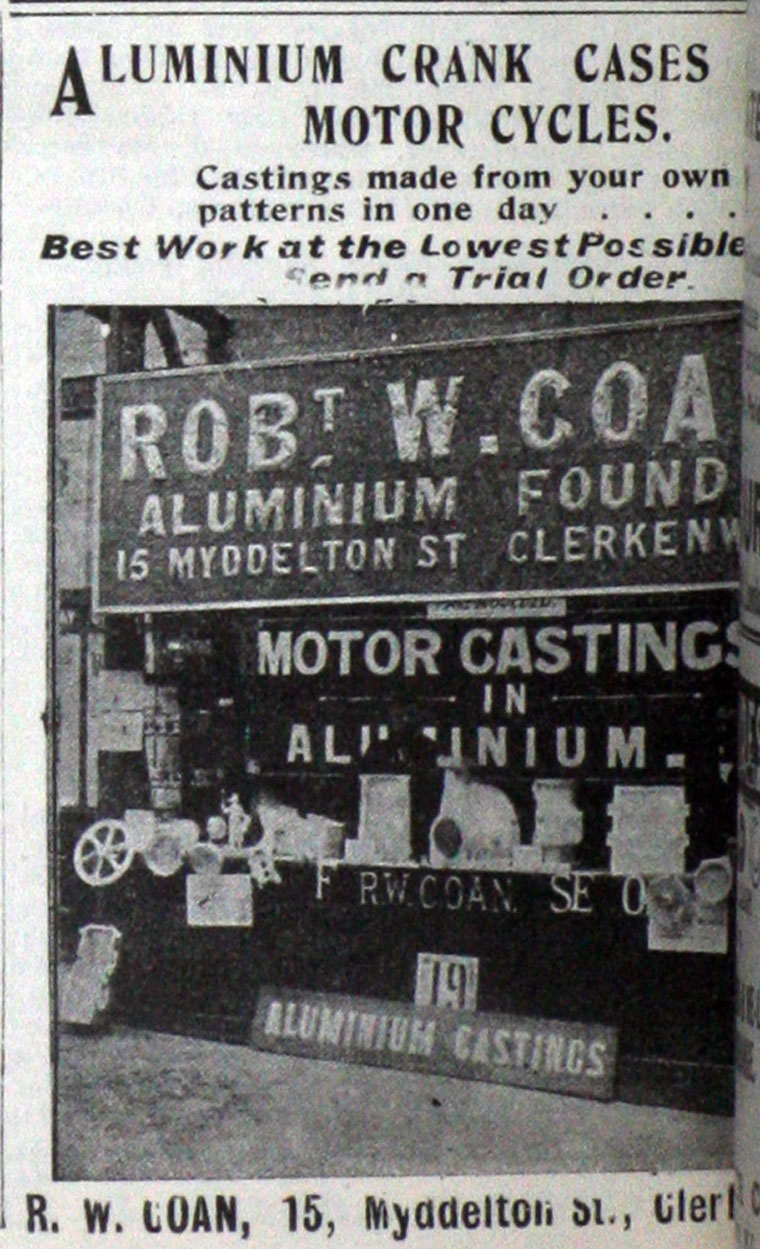 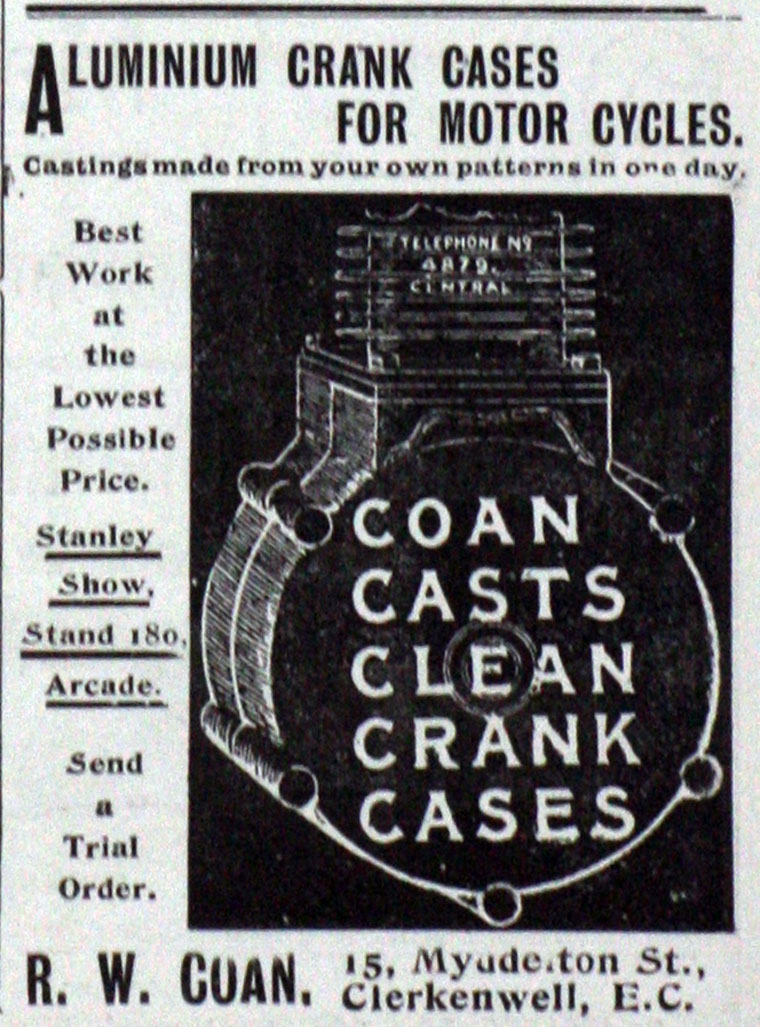 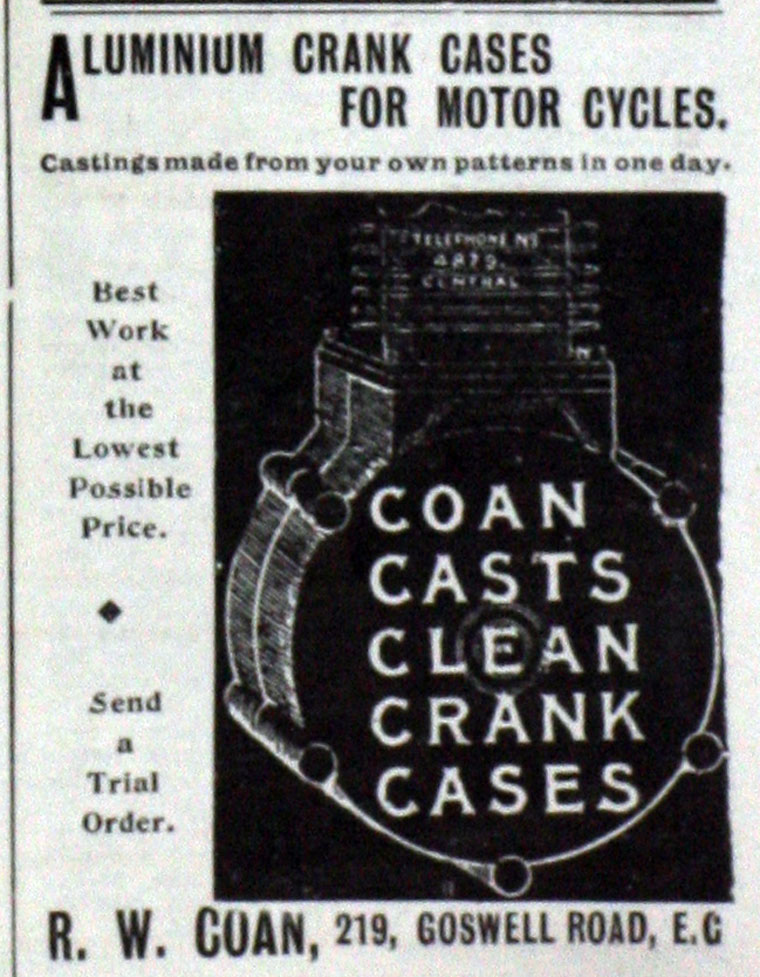 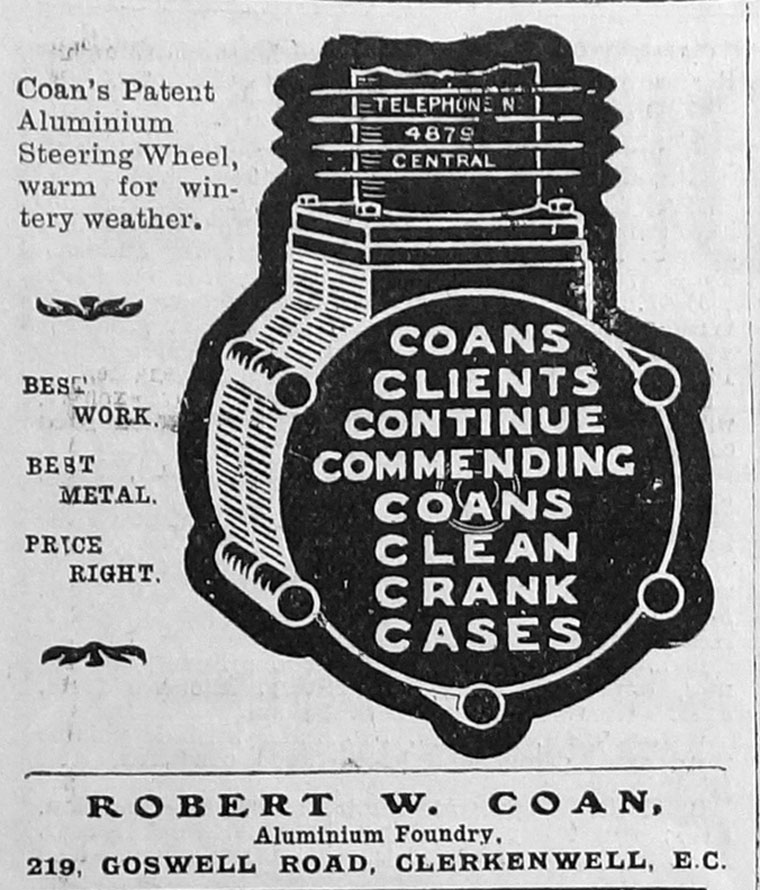 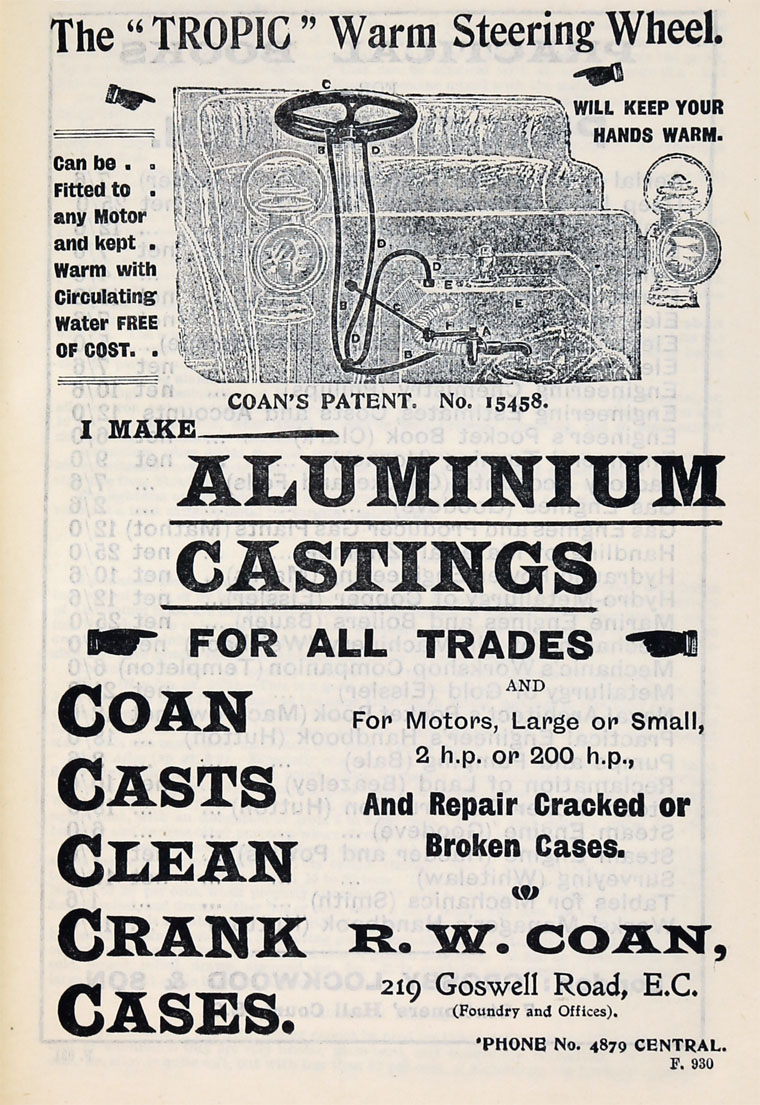 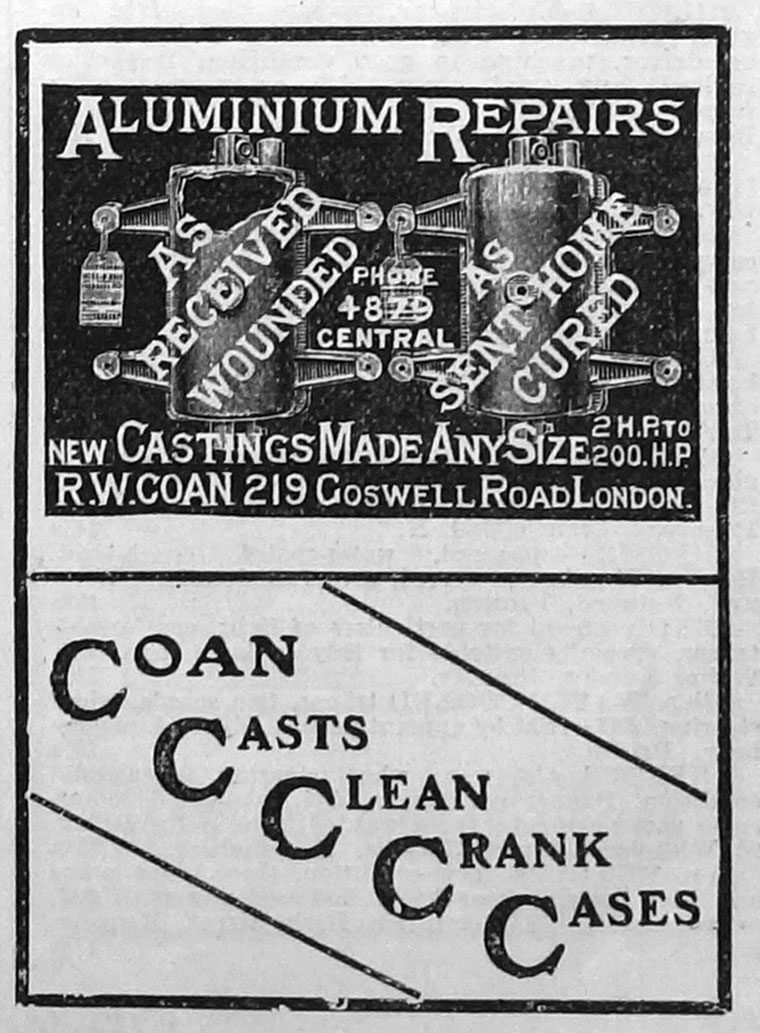 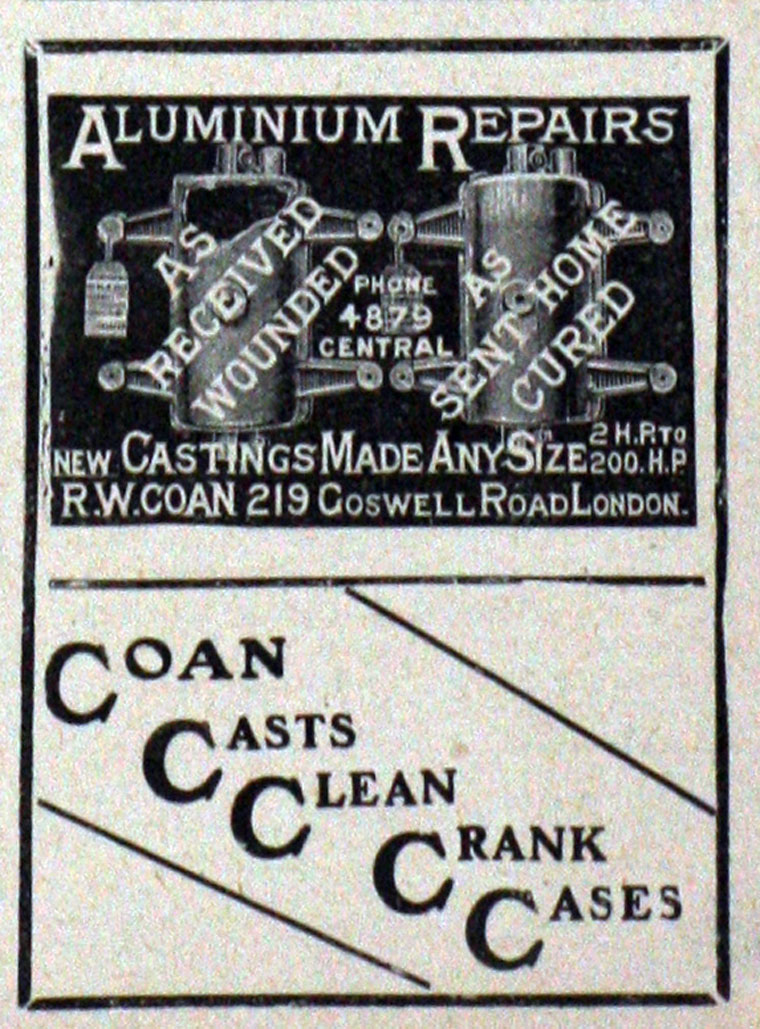 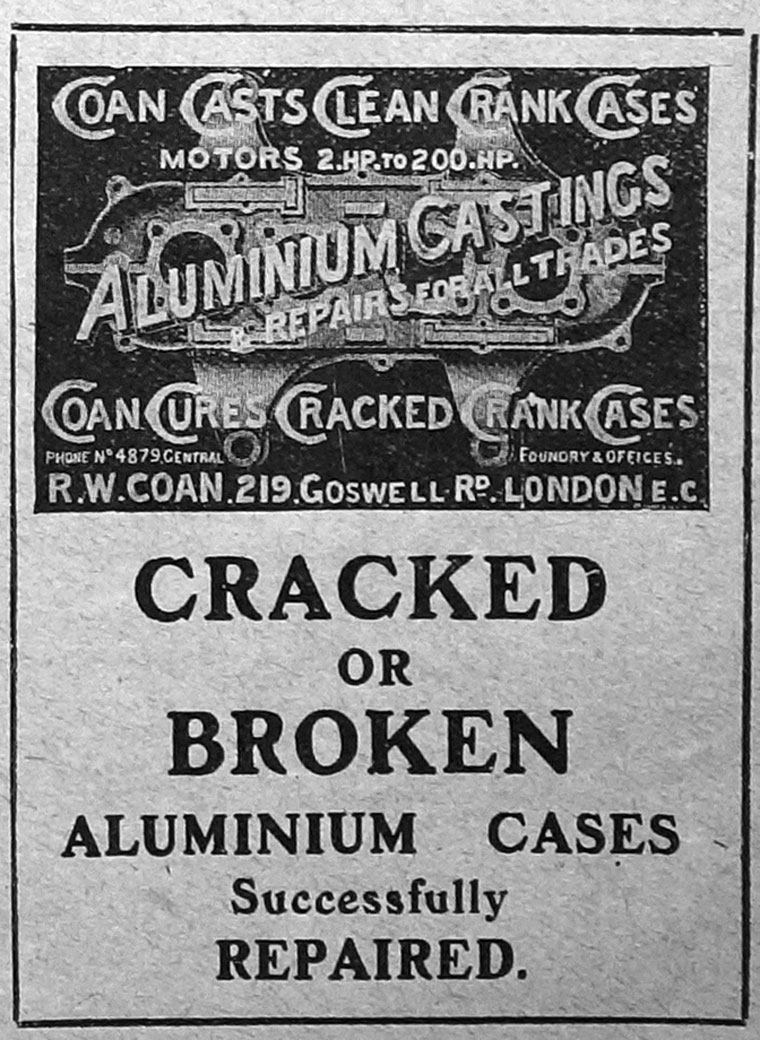 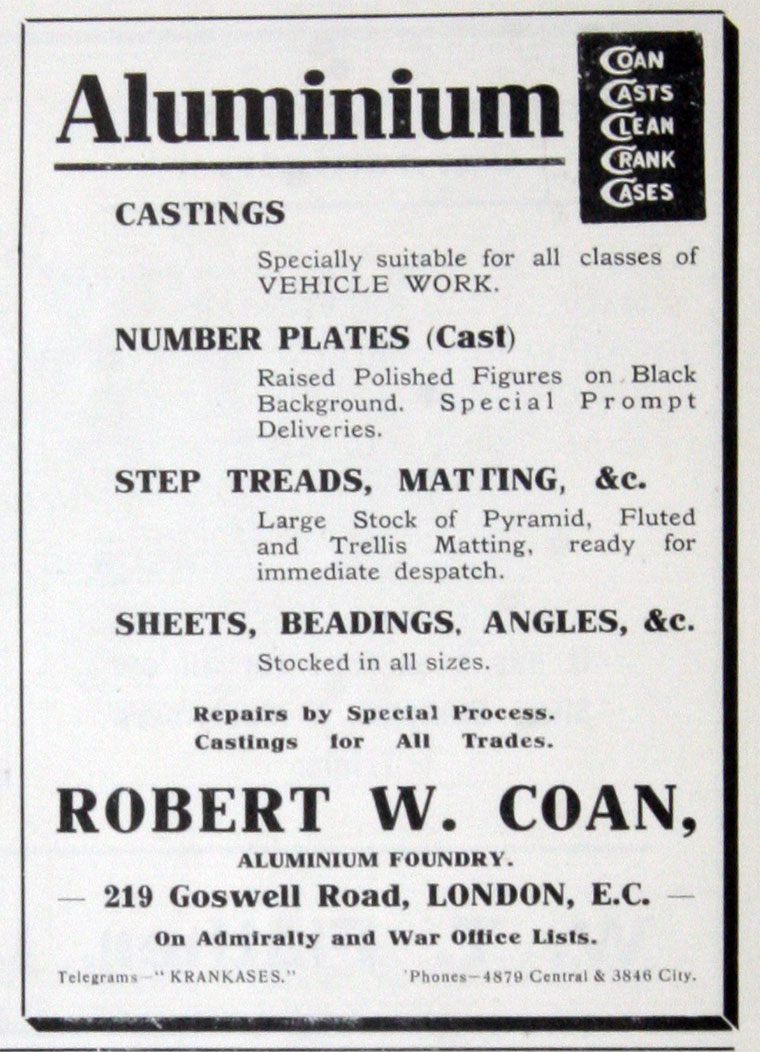 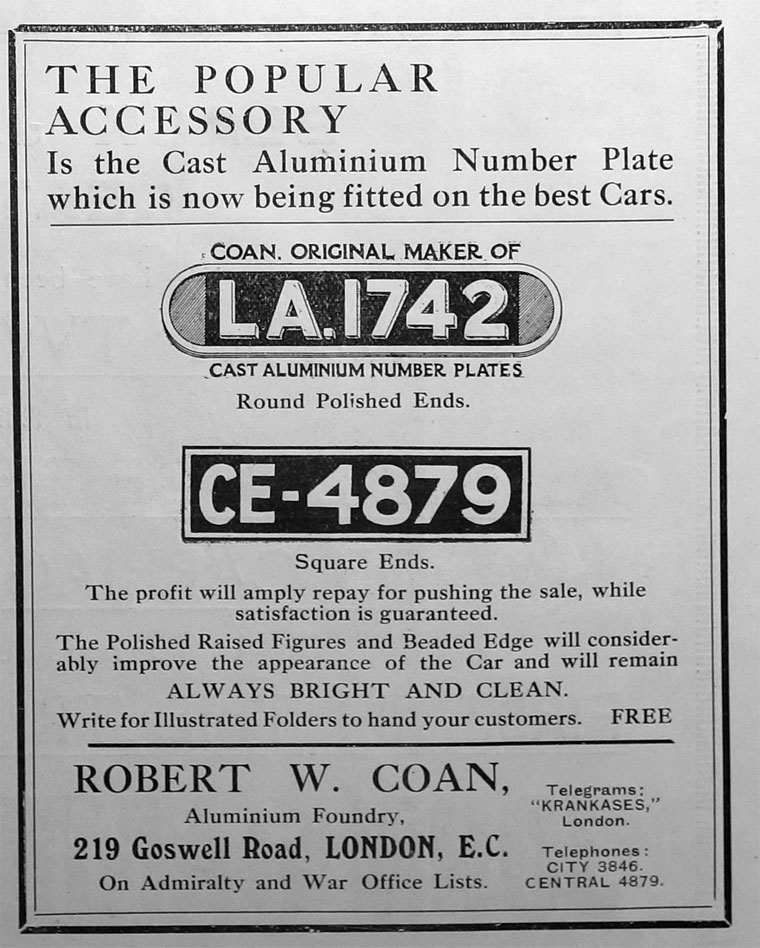 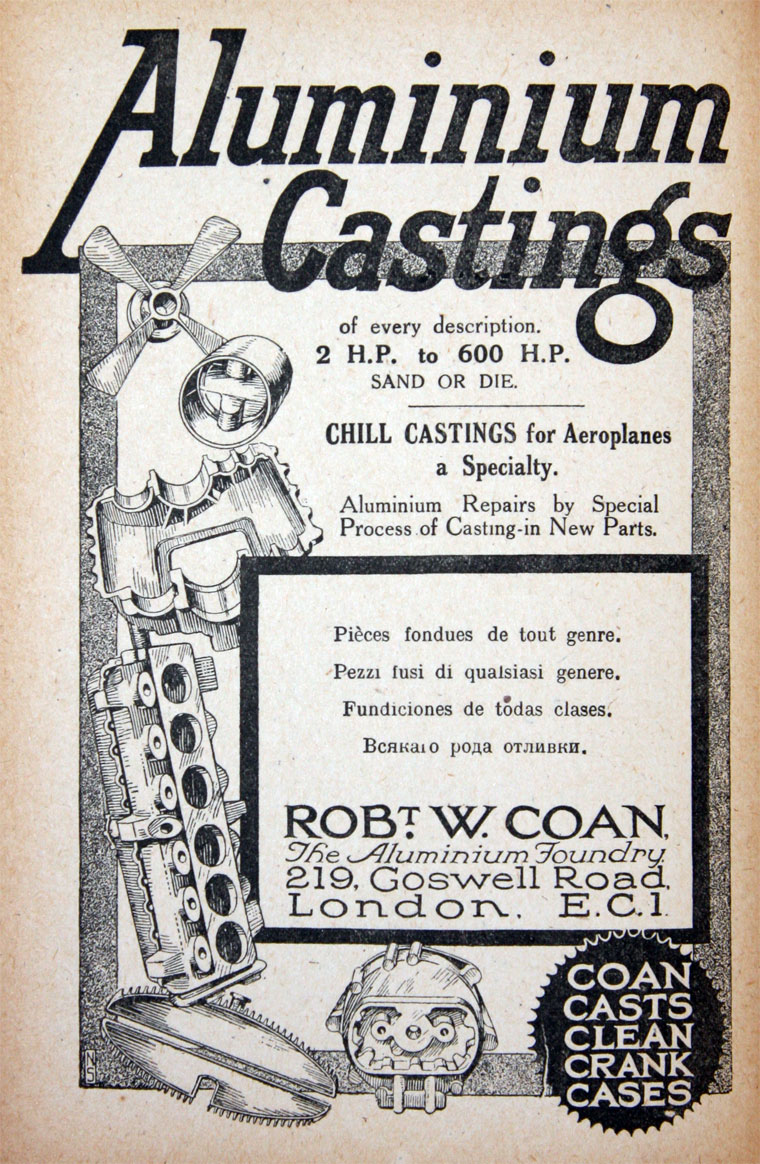 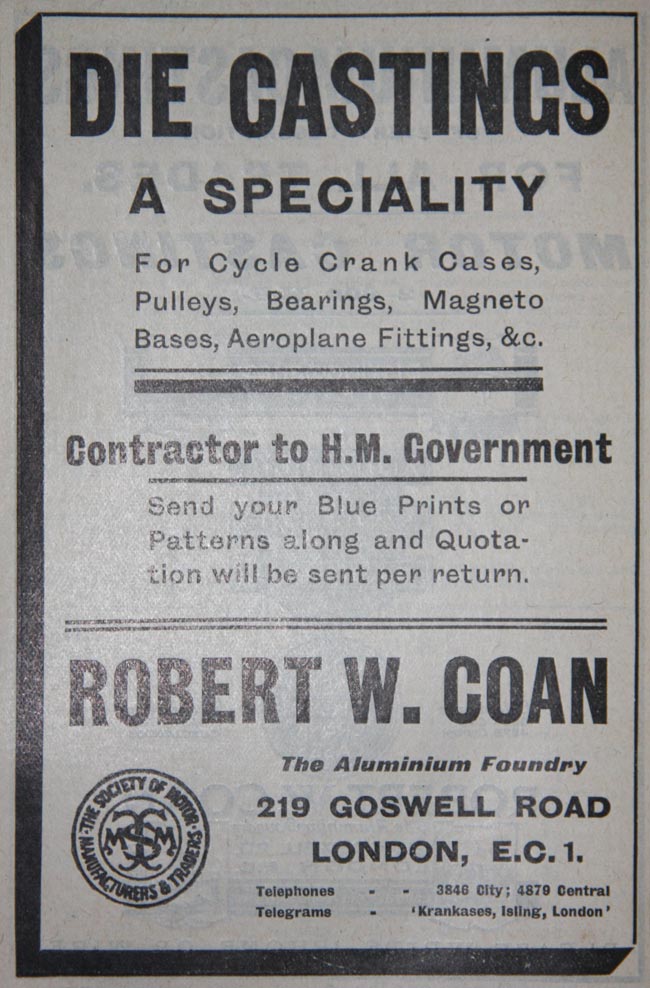 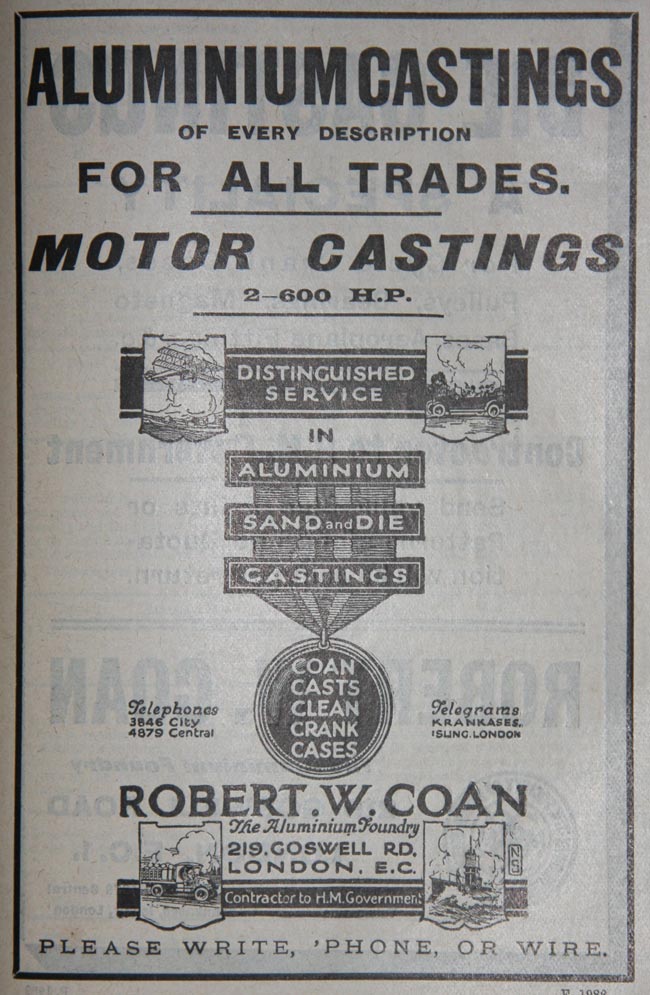 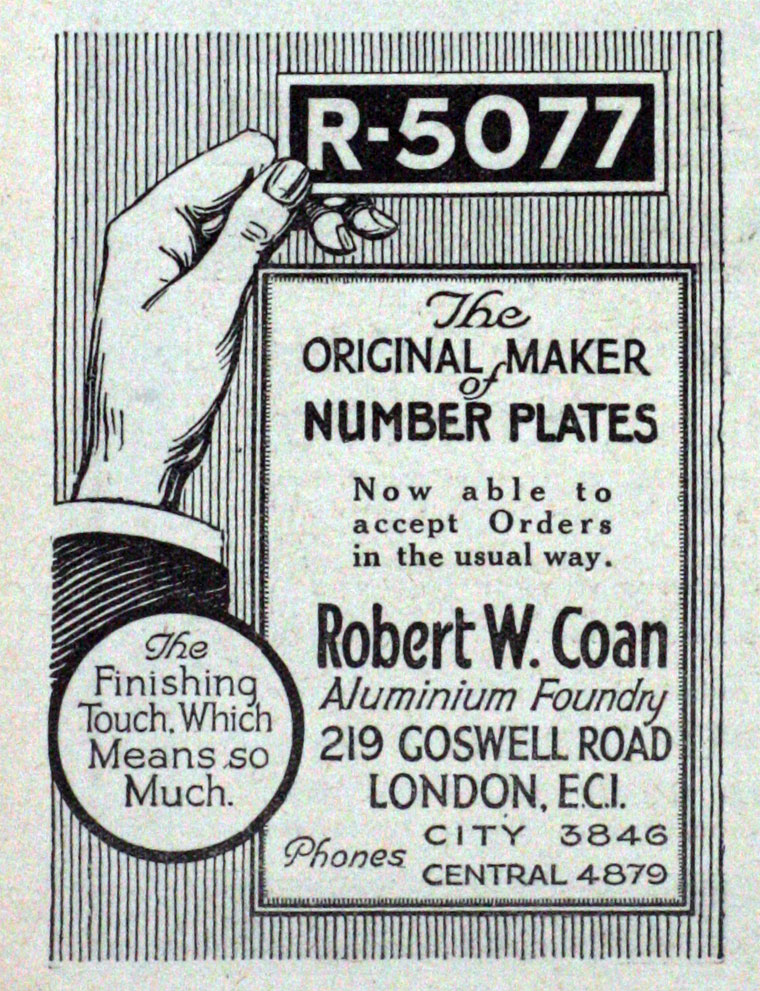 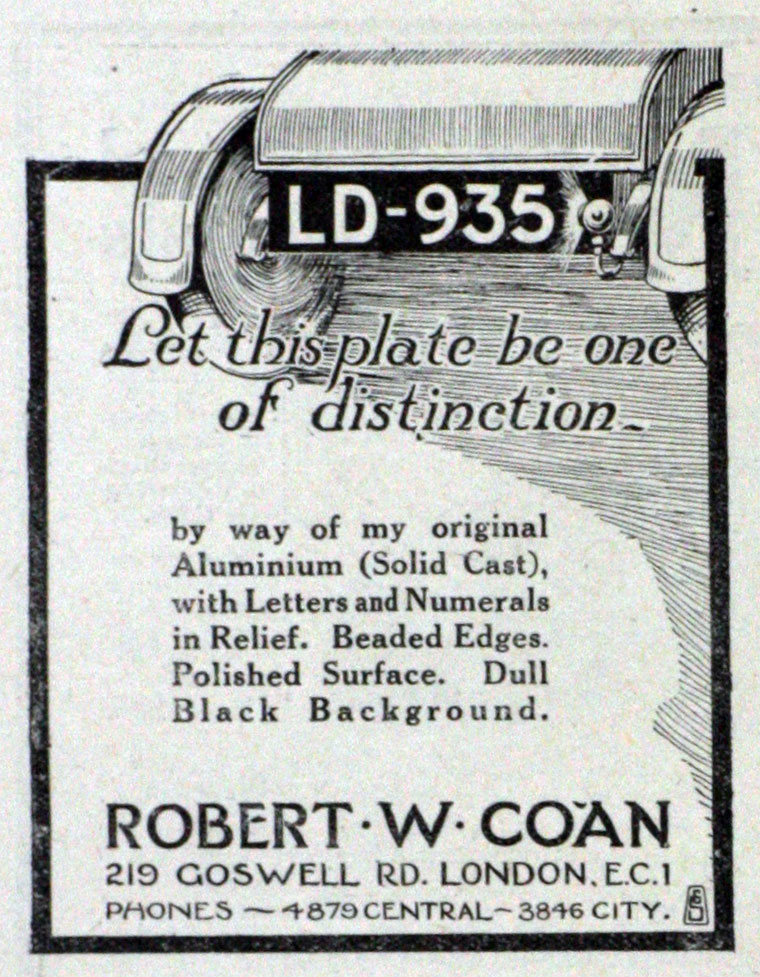 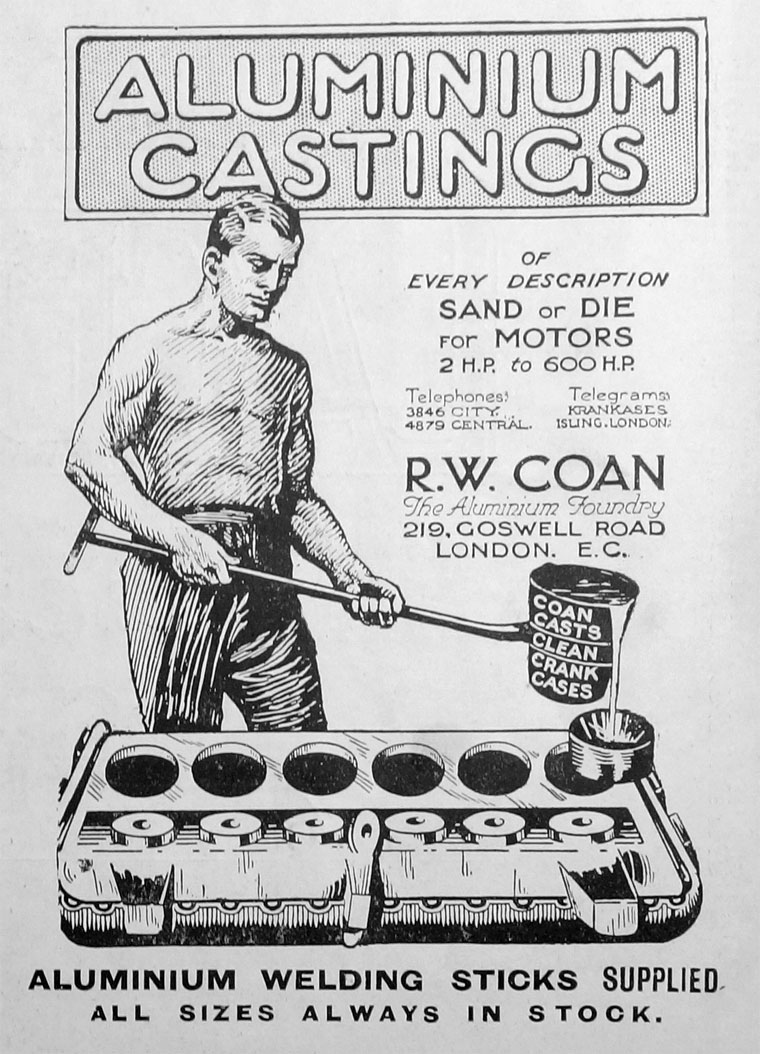 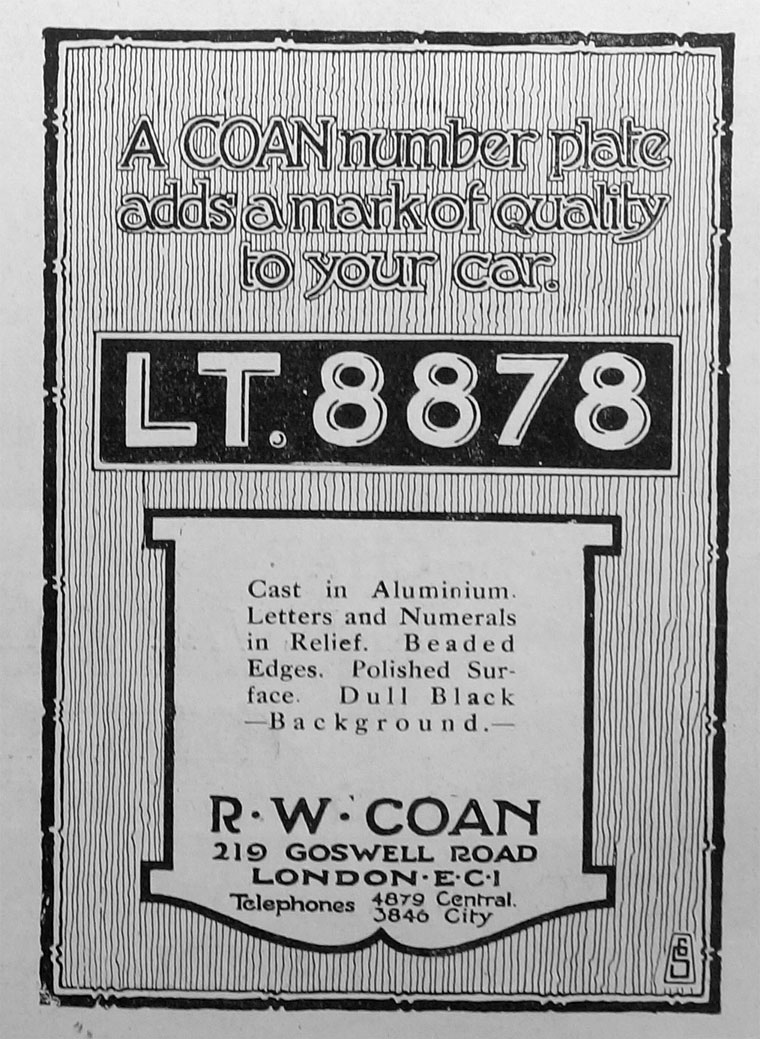 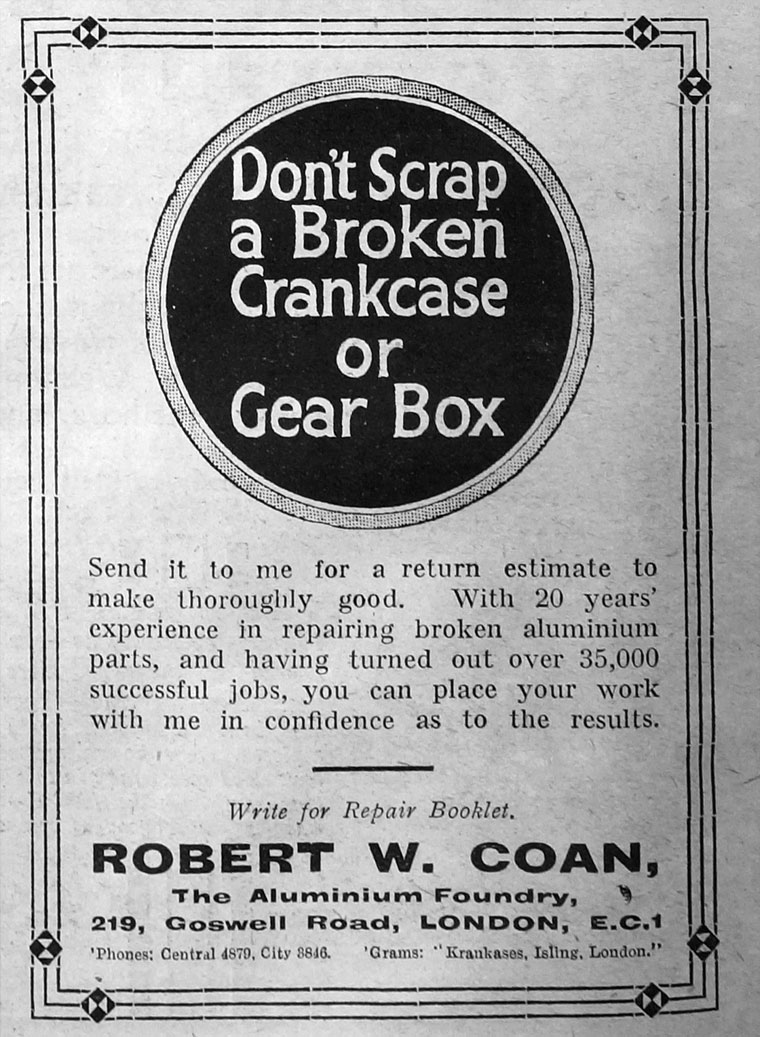 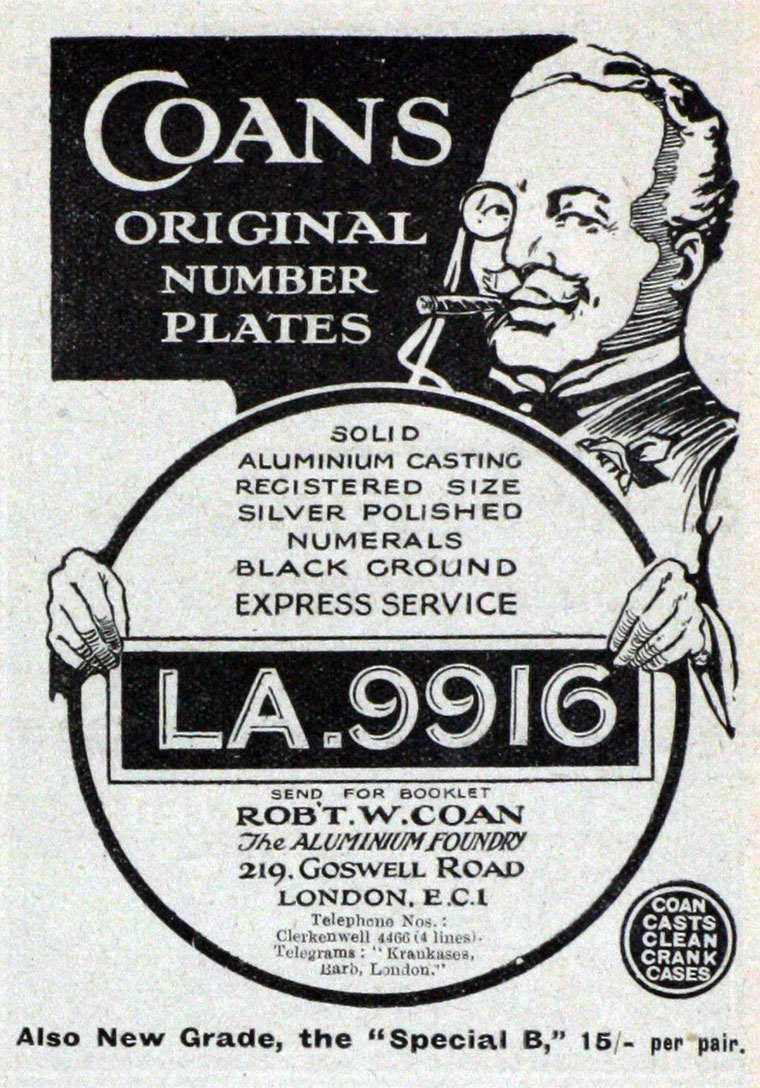 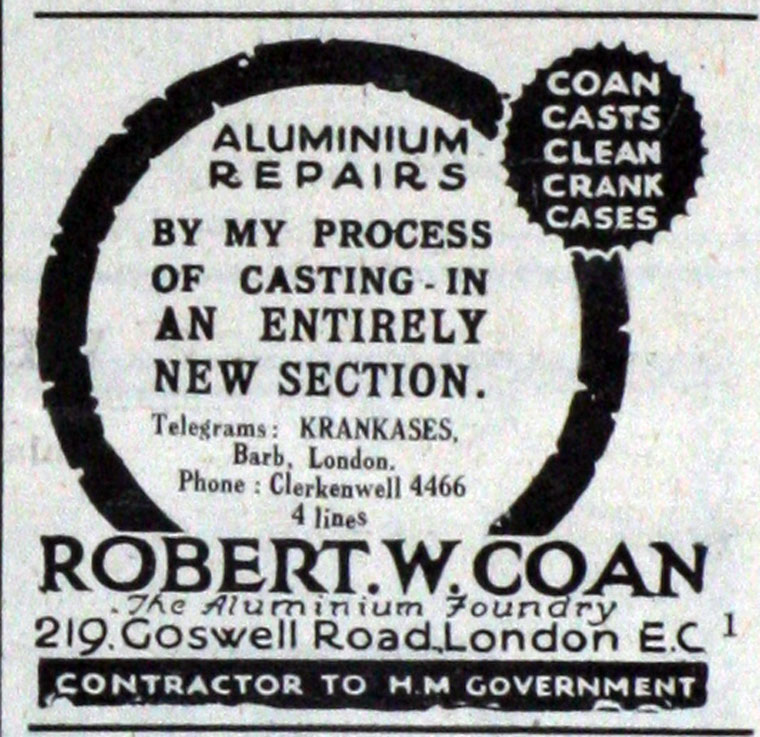 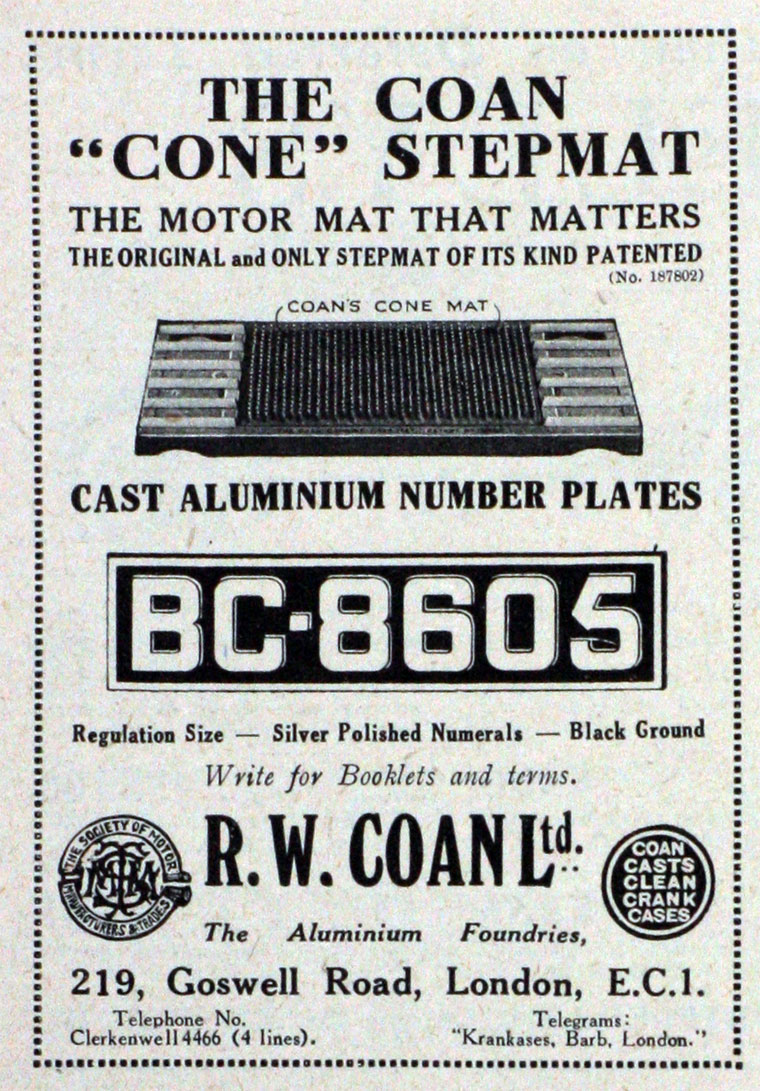 1924. Aluminium plate. Made for the British Empire Exhibition held at Wembley. 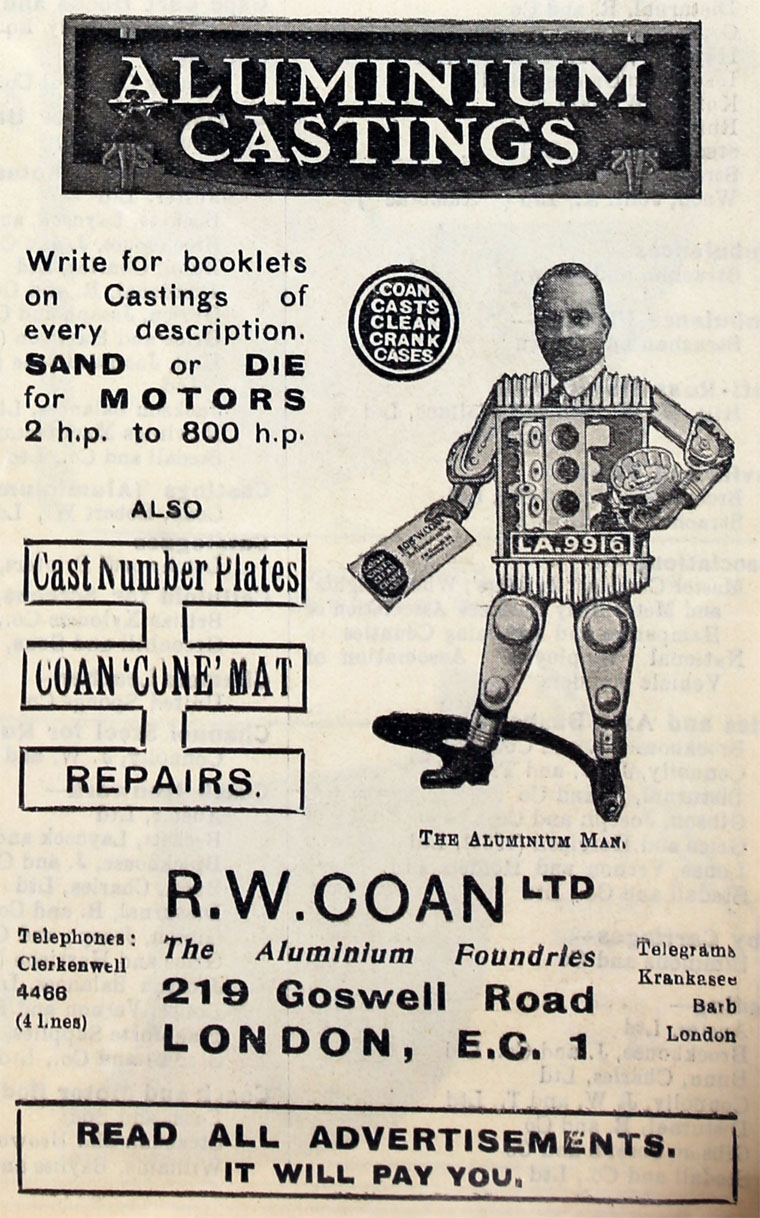 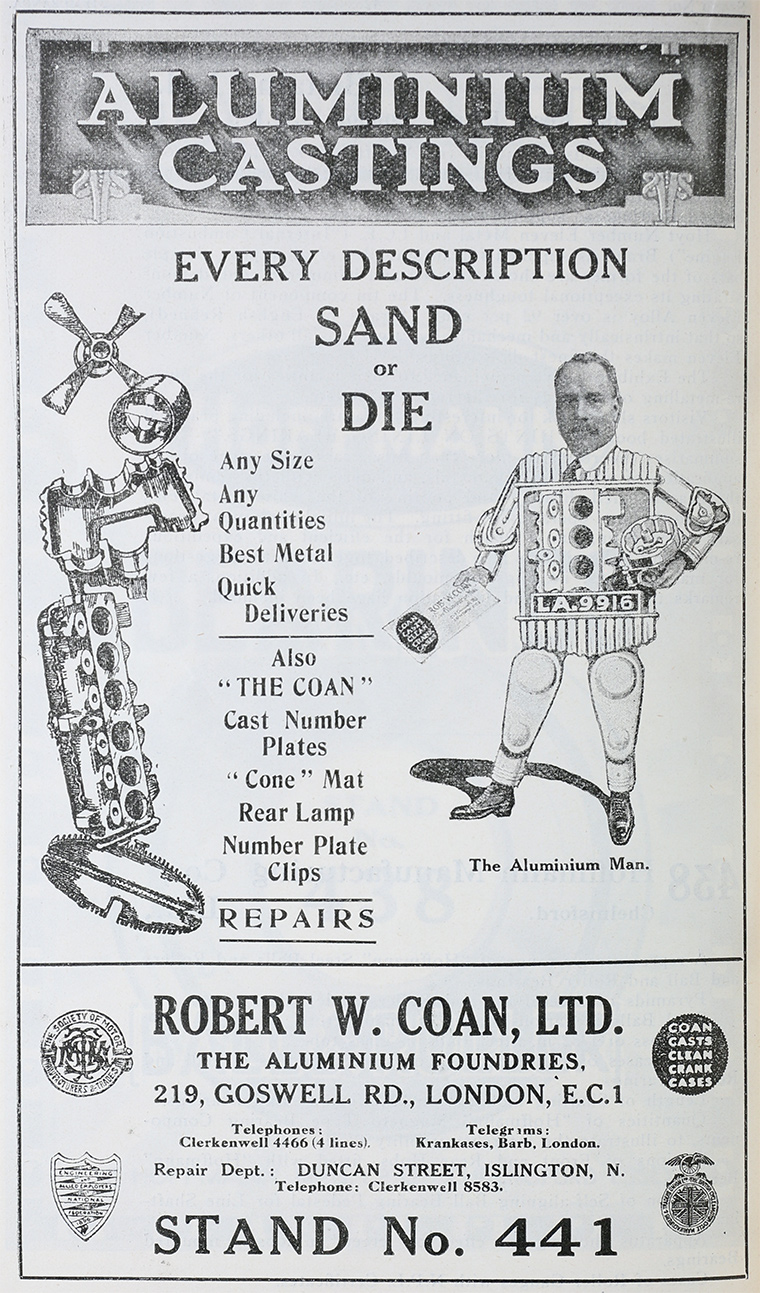 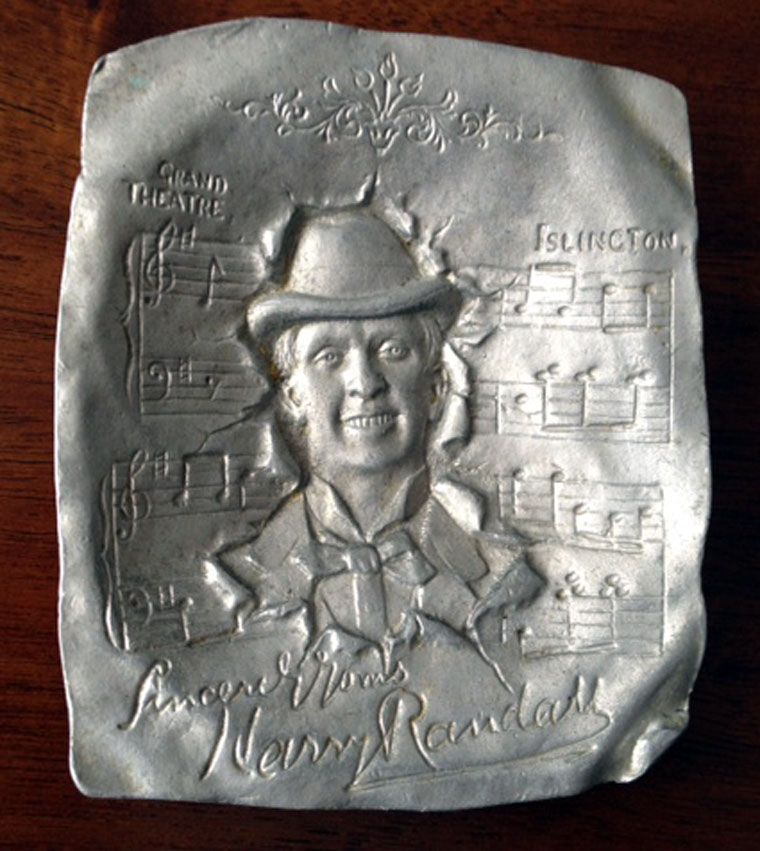 The company were contractors to H. M. Government and also produced aviation equipment.

1912 Exhibited aluminium castings at the Non-Ferrous Metals Exhibition at the Royal Agricultural Halls[1].

1950's. Charles Foster was the project manager for the casting (shown in images) made for an Italian church. He worked with, William (Bill) Smith and Albert (Bert) Nunan and his work manager was Mr Hale.