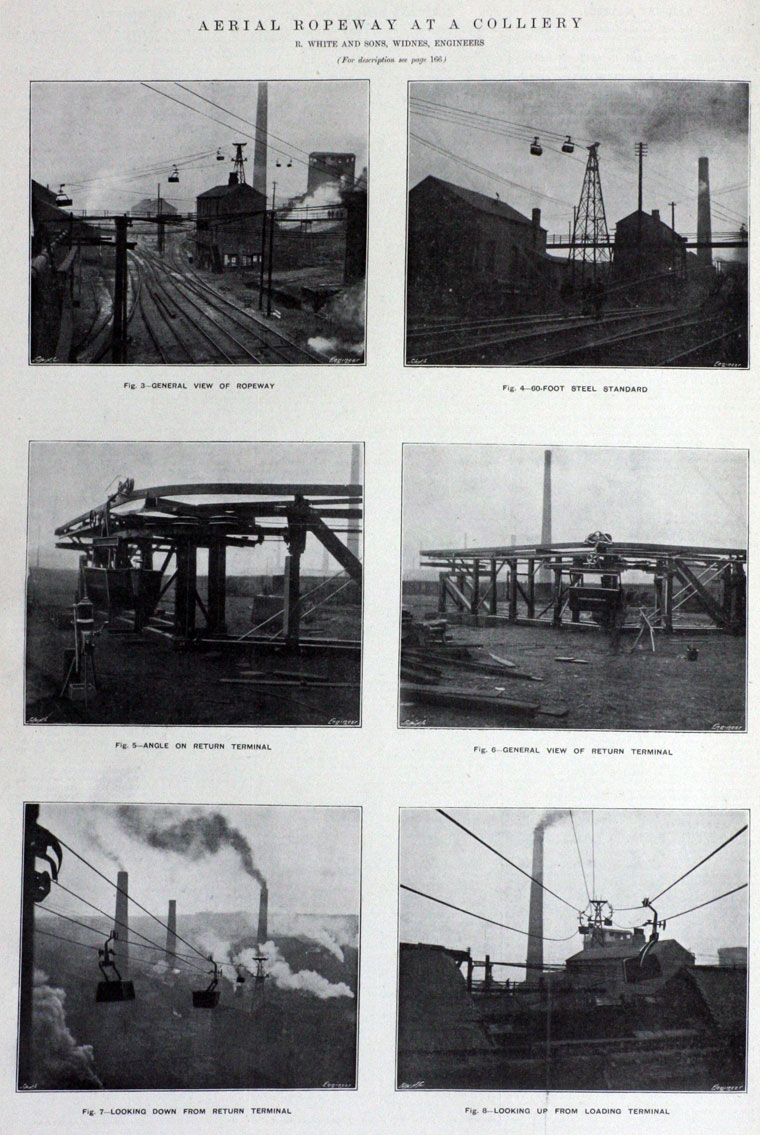 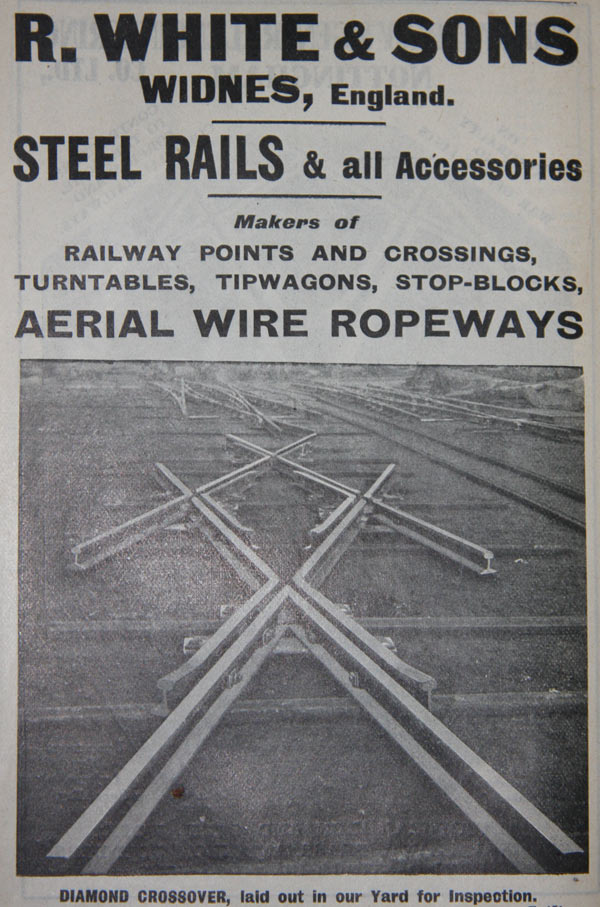 1930. Ropeway at the oil works of the Agwi Corporation.

1939. Extension of ropeway at Ashington colliery. 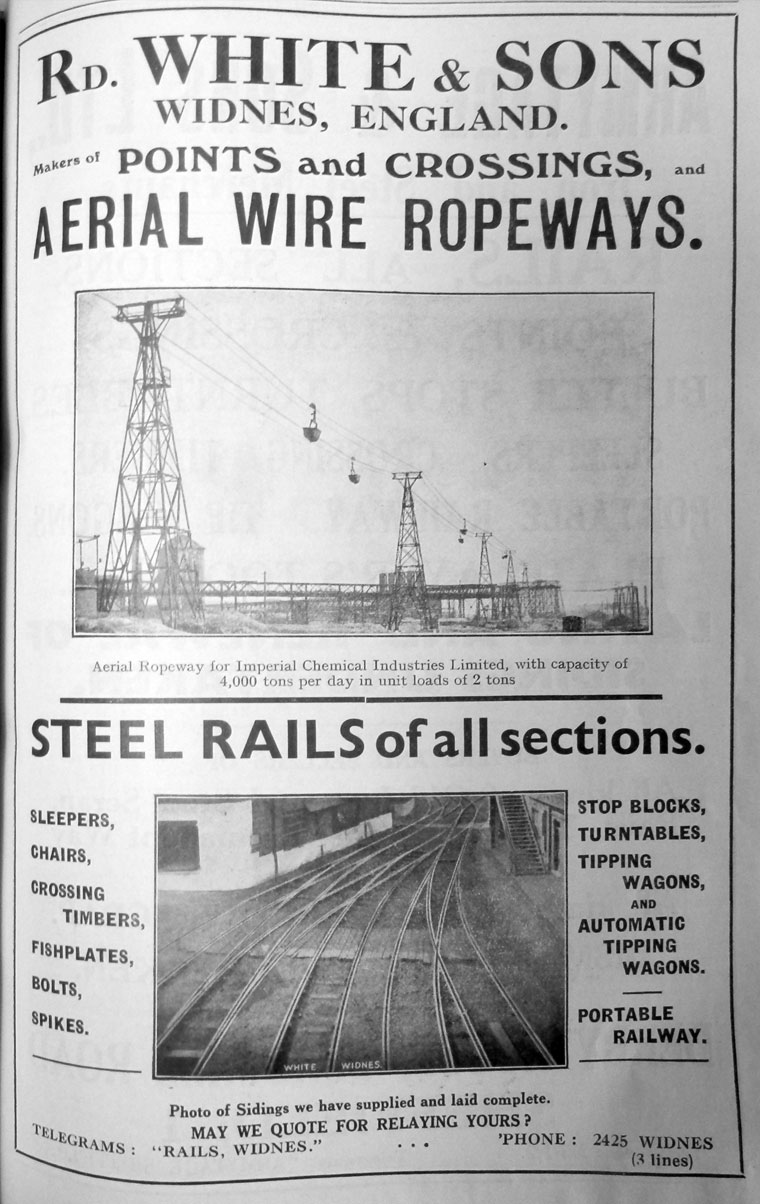 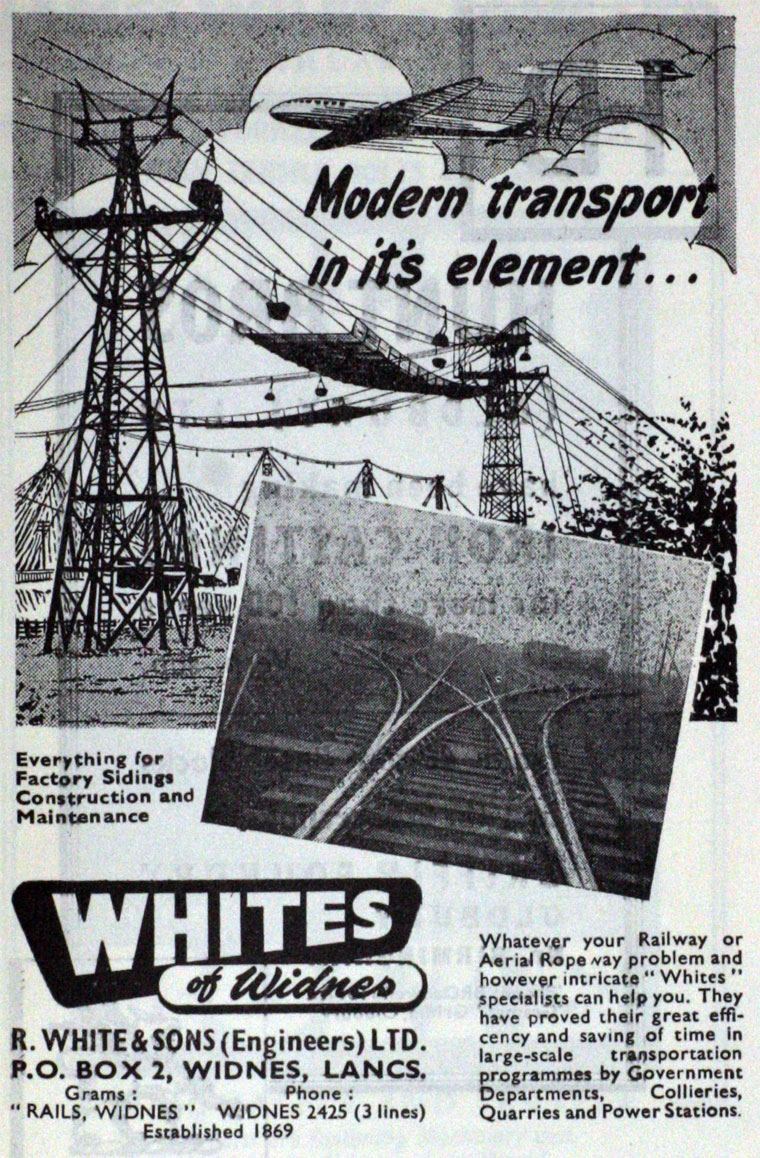 At some point became Richard White and Sons

1919 Railway points and crossings and other equipment.

1960 Rails, sleepers and everything for sidings etc.

1960 Advert. Everything for factory sidings, construction and maintenance. Railway and Aerial ropeways.