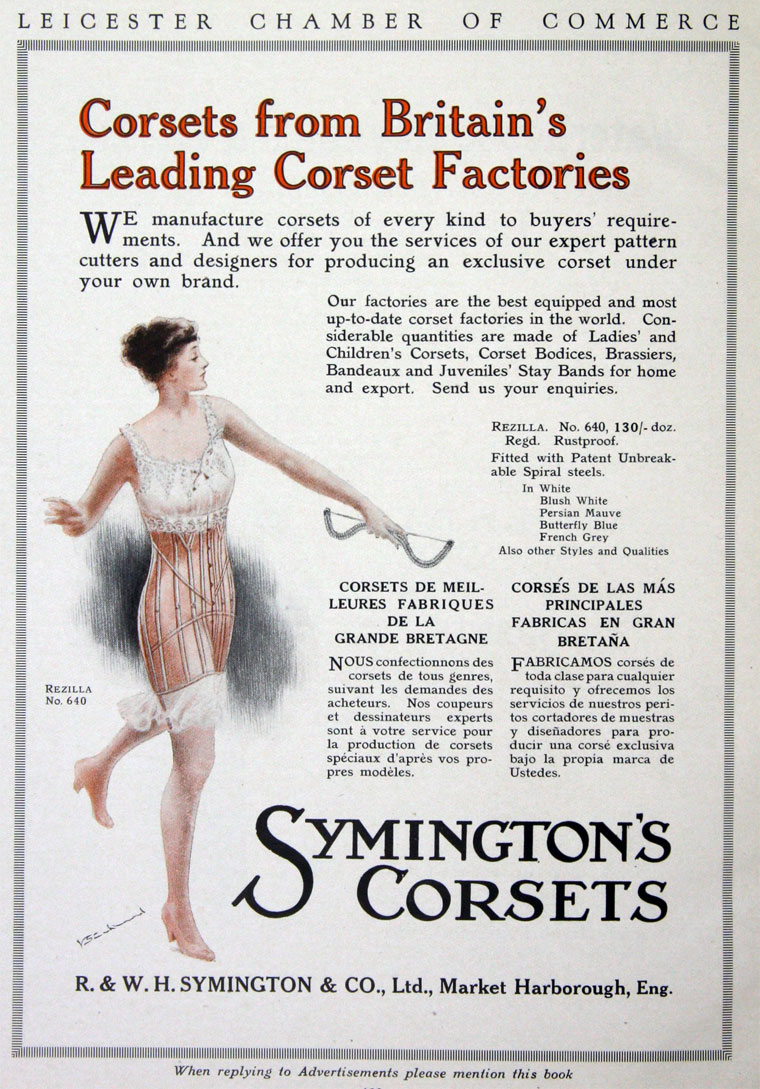 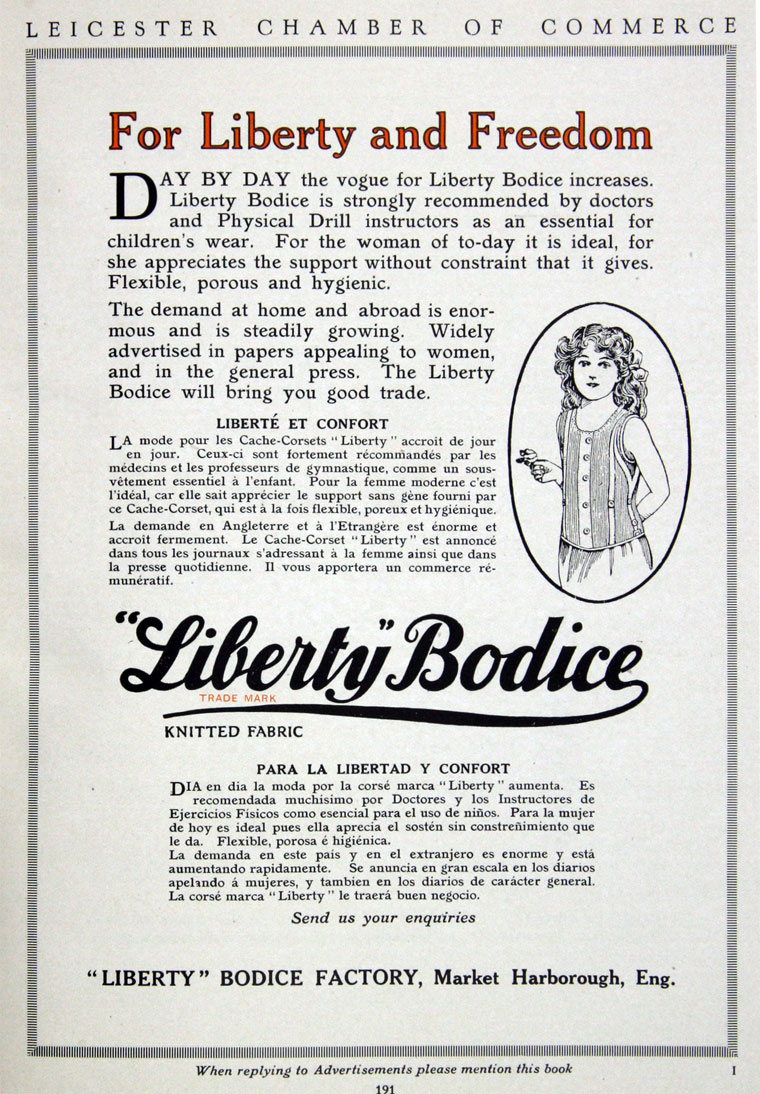 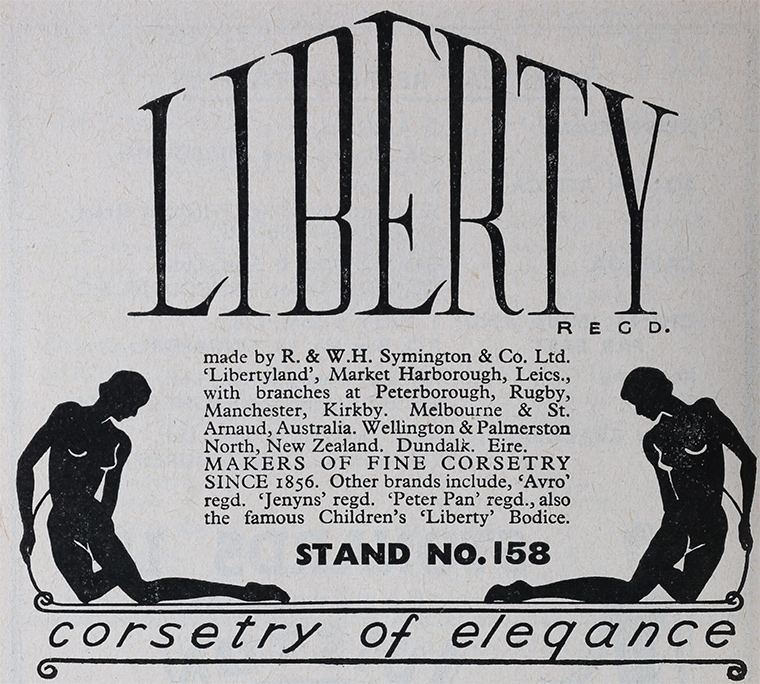 1846 Dissolution of the Partnership between William Symington and James Symington, of Market Harborough, in the county of Leicester, lately carrying on business there in copartnership, as Drapers and Clothiers, on the 25th day of March 1846[1]

1850s The company began to make corsets as well. Corsets were a very important garment in the 19th century. Their corsets were for fashionable Victorian ladies who wanted a narrow waist. They were also a support garment for holding up stockings.

1898 Registered on 30 September, to take over the business of corset manufacturers of the firm of the same name. [3]

The company was quite successful and even sold overseas. One of its most noticeable products was the Liberty Bodice, produced for about 70 years. They were designed as support garments, but some were advertised as being beneficial for posture.

As corsets began to be worn less in the 20th century, the company turned to swimwear.