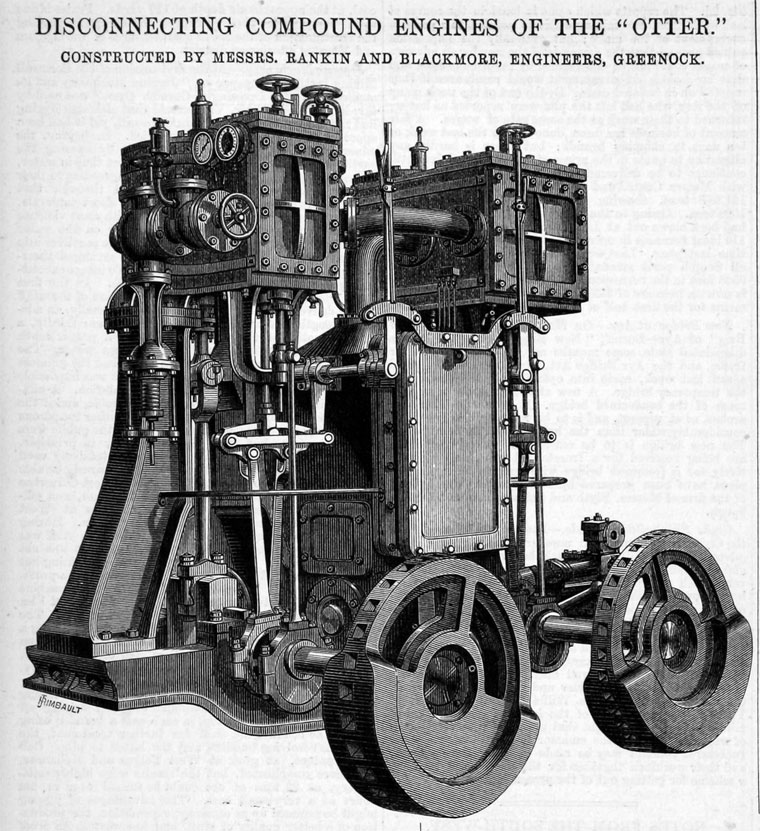 Eagle Foundry, Baker Street, Greenock, were makers of steam engines for marine use.

1862 The Eagle Foundry of Johnstone and Leitch was bought by Daniel Rankin and Edward Blackmore, who quickly diversified from the manufacture of sugar making machinery into marine engines and boilers.

1914 Incorporated as a private company, Rankin and Blackmore Limited.

L. A. Ritchie, The Shipbuilding Industry:A Guide to Historical Records (1992)