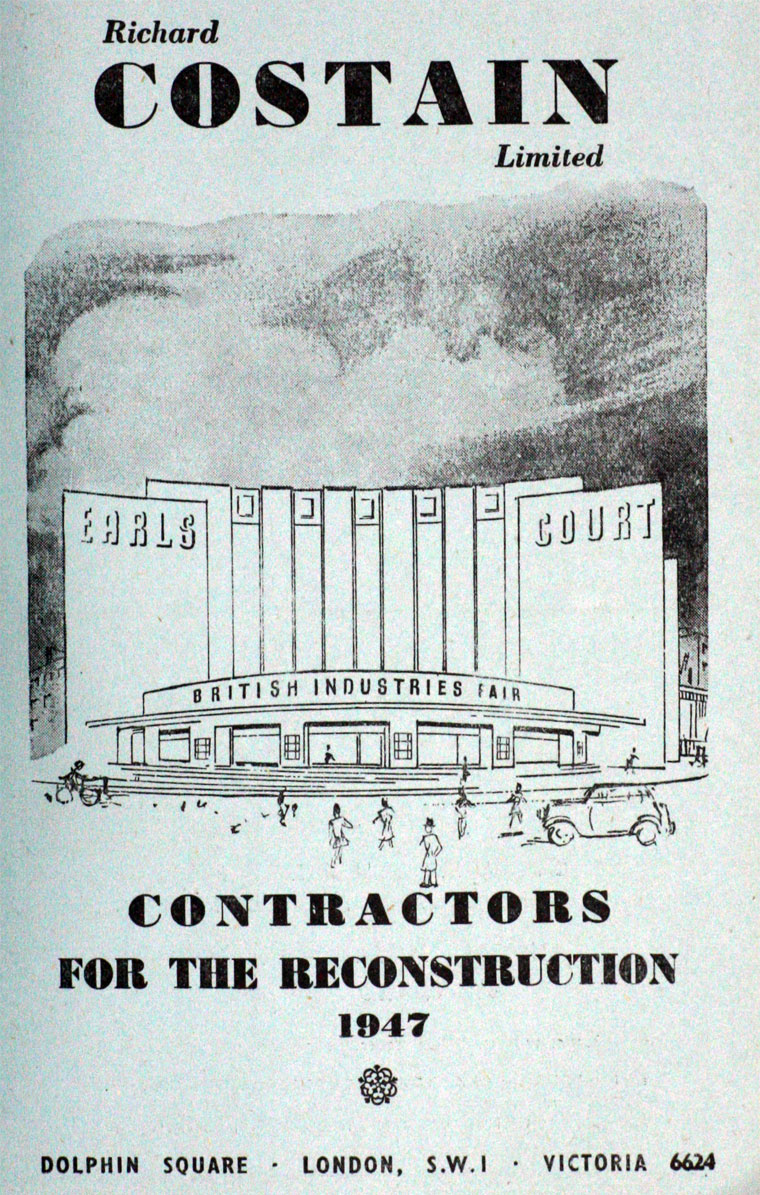 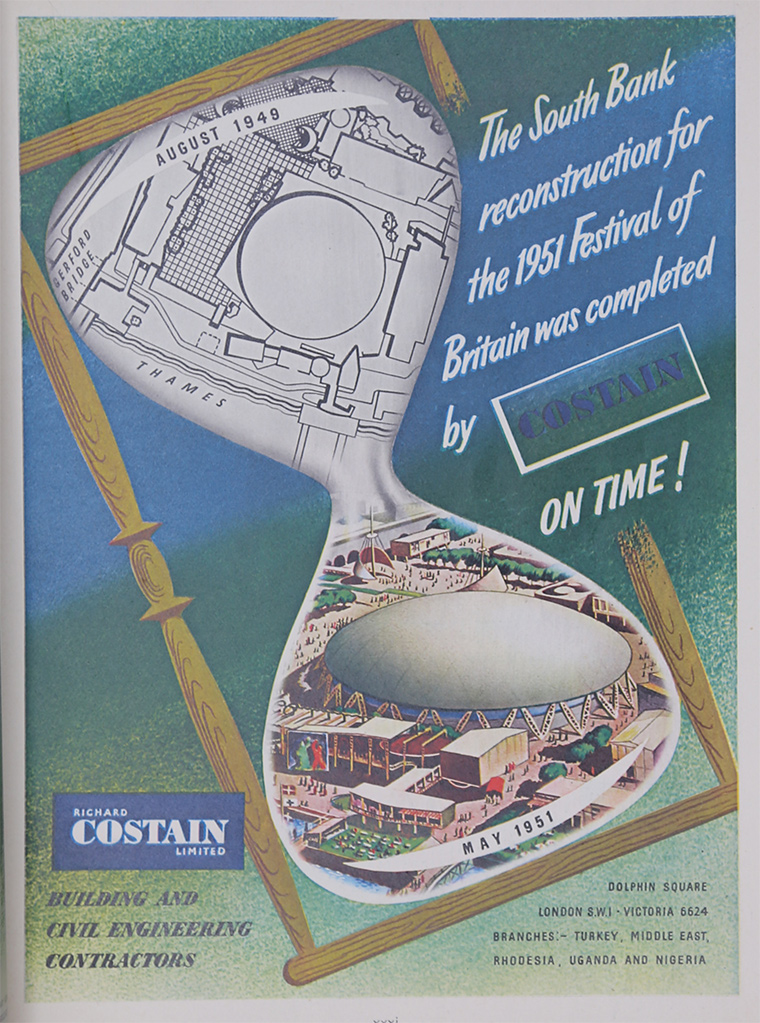 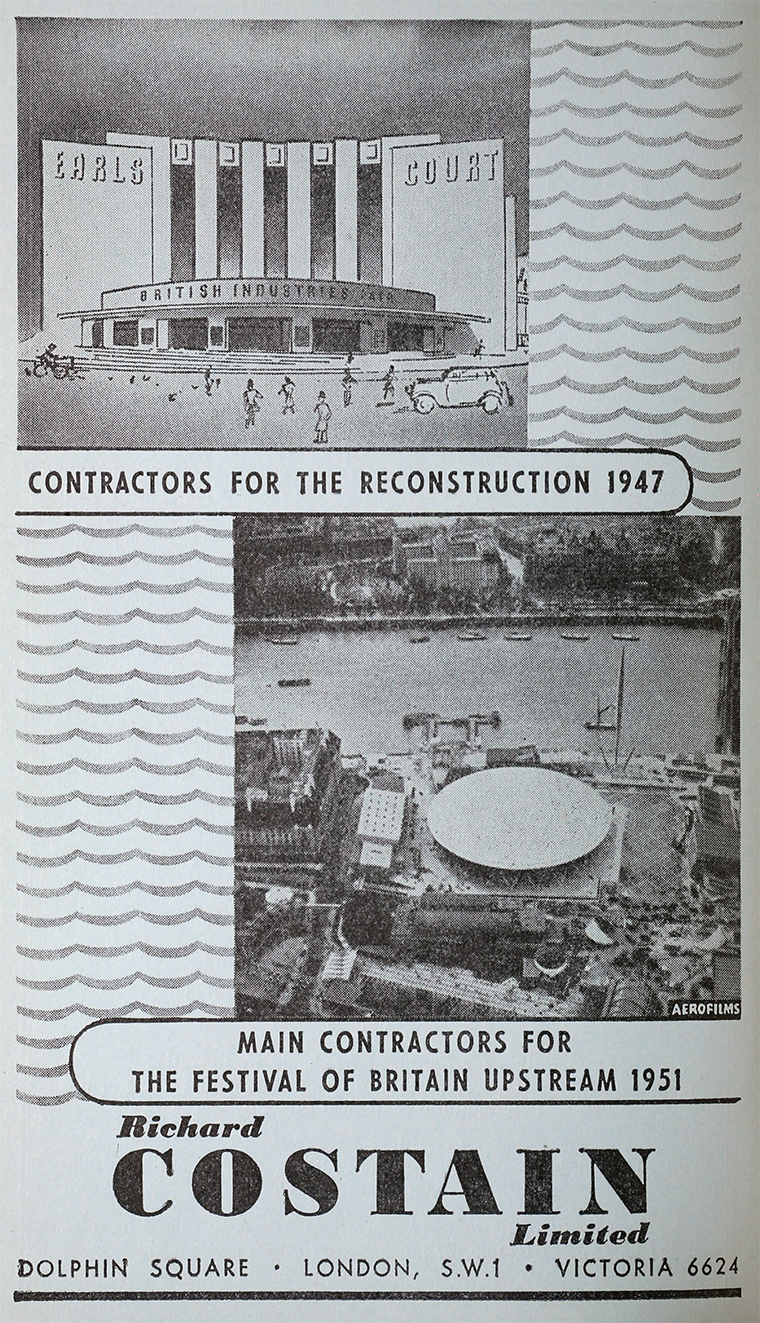 1865 Company founded when Richard Costain and his future brother-in-law, Richard Kneen, left the Isle of Man and moved to Liverpool as jobbing builders.

1888 The partnership of Costain and Kneen at Blundellsands and Horwich, both in the county of Lancaster, as Joiners, Builders, and Wheelwrights, was dissolved[2]; Richard Costain's three sons (Richard, William and John) later joined him in his business; Kneen moved to Horwich.

By the time of the First War, Costain had expanded through Lancashire and into south Wales where it built houses for munitions workers.

After the First War, Costain began to develop housing estates in Liverpool on its own account, primarily to offer continuity of employment to its workforce.

1921 With housing sites in Liverpool in short supply, Richard Costain sent his son William down to London to find new sites. He purchased the Walton Heath Land Company.

1923 The partnership between Richard Arthur Costain, William Percy Costain, John Hughes and Owen Cadwaladr Roberts, carrying on business as Building Contractors, at Lairdstreet, Birkenhead, in the county of Chester, under the style or firm of RICHARD COSTAIN (BIRKENHEAD) & SONS, was dissolved[3]

1929 Richard Rylandes Costain took over the the Company on the death of his father. Under him, Richard Costain & Sons expanded its housing, building large estates all around London, the largest being a site for 7,500 homes in South Hornchurch, started in 1934. Perhaps the best-known development of all was Dolphin Square completed in 1937.

Speculative house building was at that period the firm's main activity, some ten thousand houses being built on eight estates.

1933 the London-based Richard Costain was formed as a public company to acquire the London-based assets of Richard Costain and Sons, Costain Ltd, and Walton Heath Land Co, with Richard Arthur Costain as chairman, Richard Rylandes Costain as managing director and several other members of the Costain family on the board[4]. Costains continued to expand its private housebuilding and it was described as "one of the largest speculative house-builders and estate developers in this country before the war."

The Liverpool operation continued as a separate business.

In 1934 important civil engineering contracts were won for the first time for sewage disposal works, and in 1935 for a variety of works in Persia, on the Trans-Iranian Railway, and then at Abadan, Iran for BP. Losses on the railway, on Beckton sewage works and the costs of Dolphin Square caused financial problems, and Costain had to look for alternative funds when Barclays withdrew its overdraft facilities.

Post WWII Took as an objective half of the company's turnover abroad.

1957 Sold its share in Costain-John Brown to its partner, although both parties were prepared to buy the other out[6]

With the launching or absorption of specialist activities, association with other companies in joint ventures, and the formation of subsidiaries and branches in many countries, the parent company was more often known as the Costain Group.

By 1981 the company had been formally renamed as Costain Group plc.