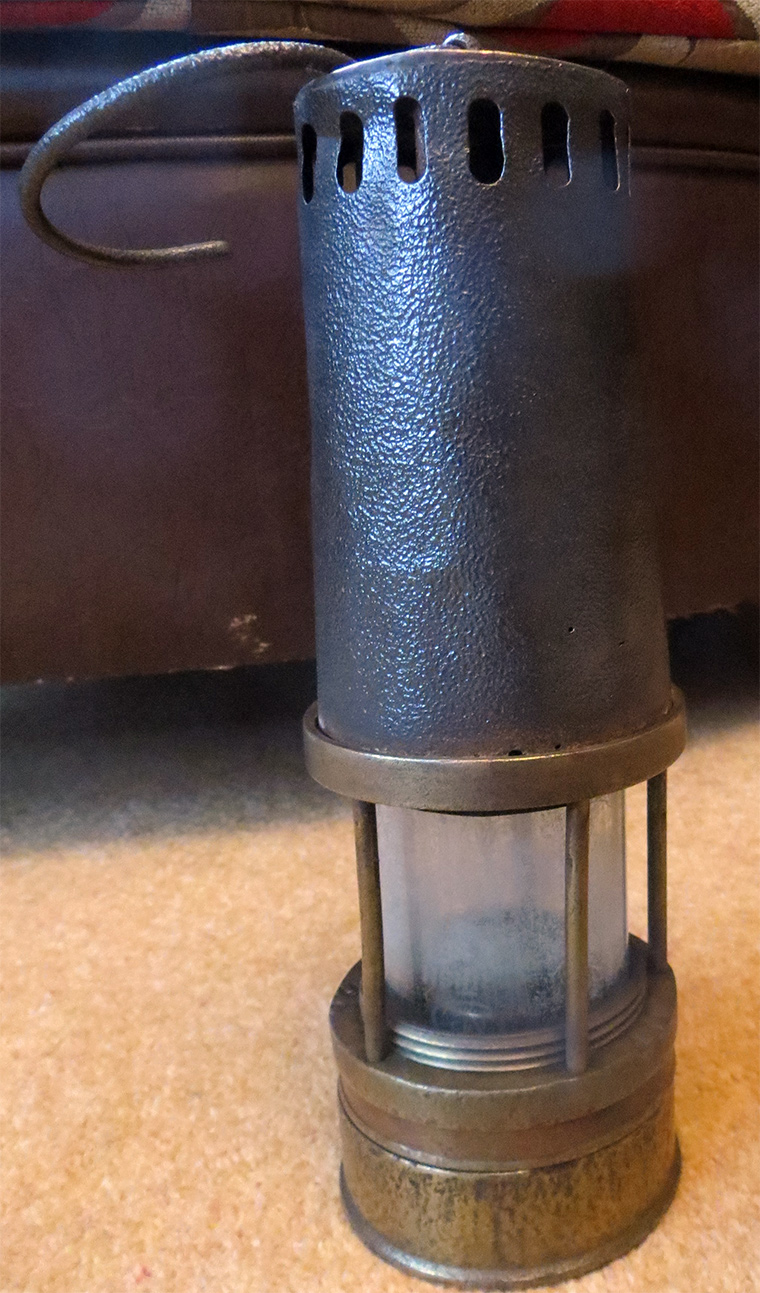 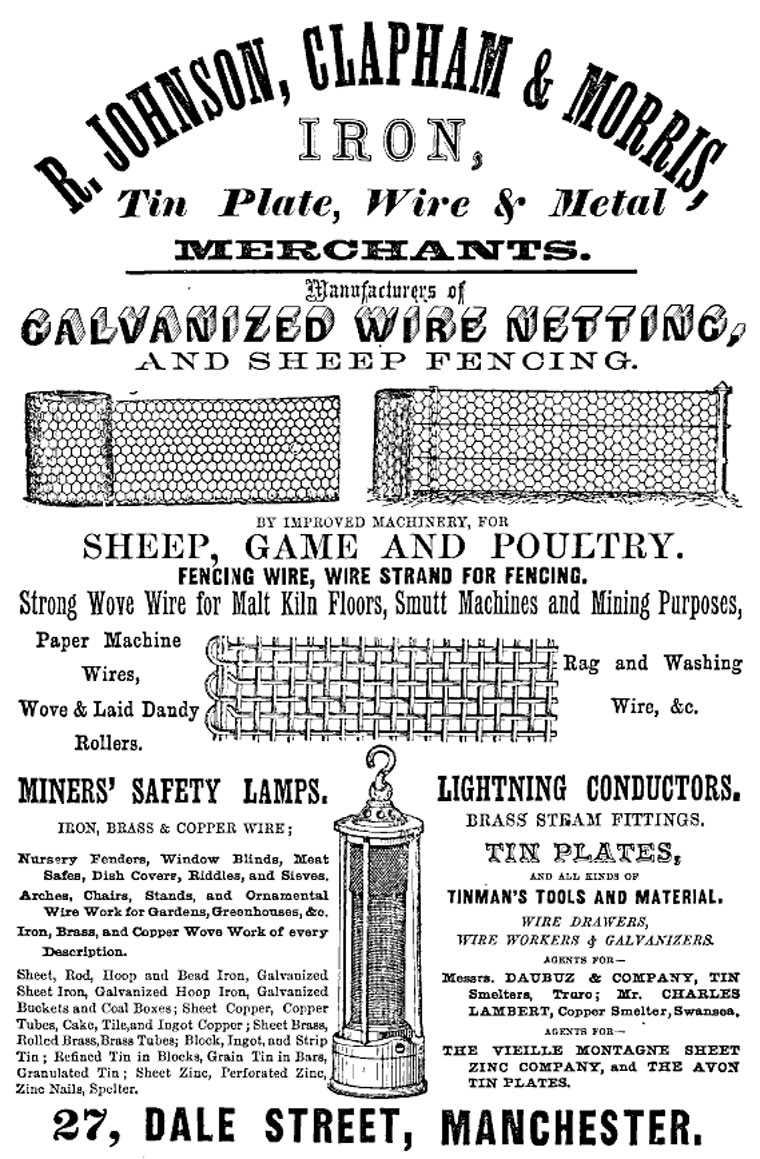 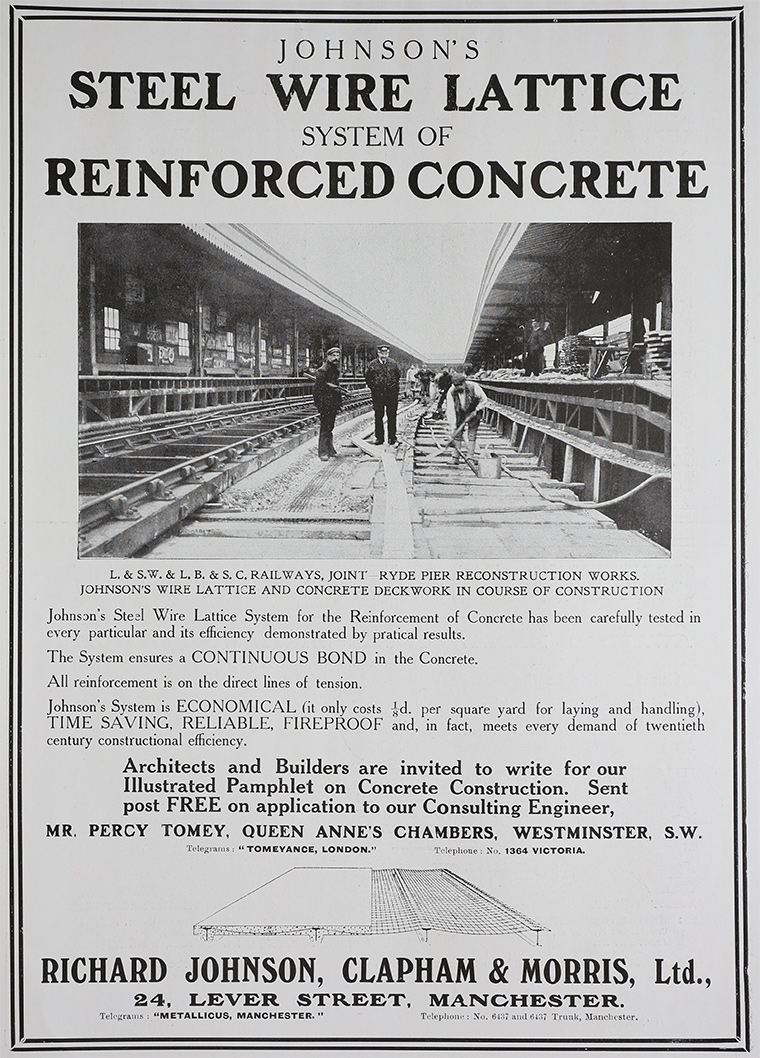 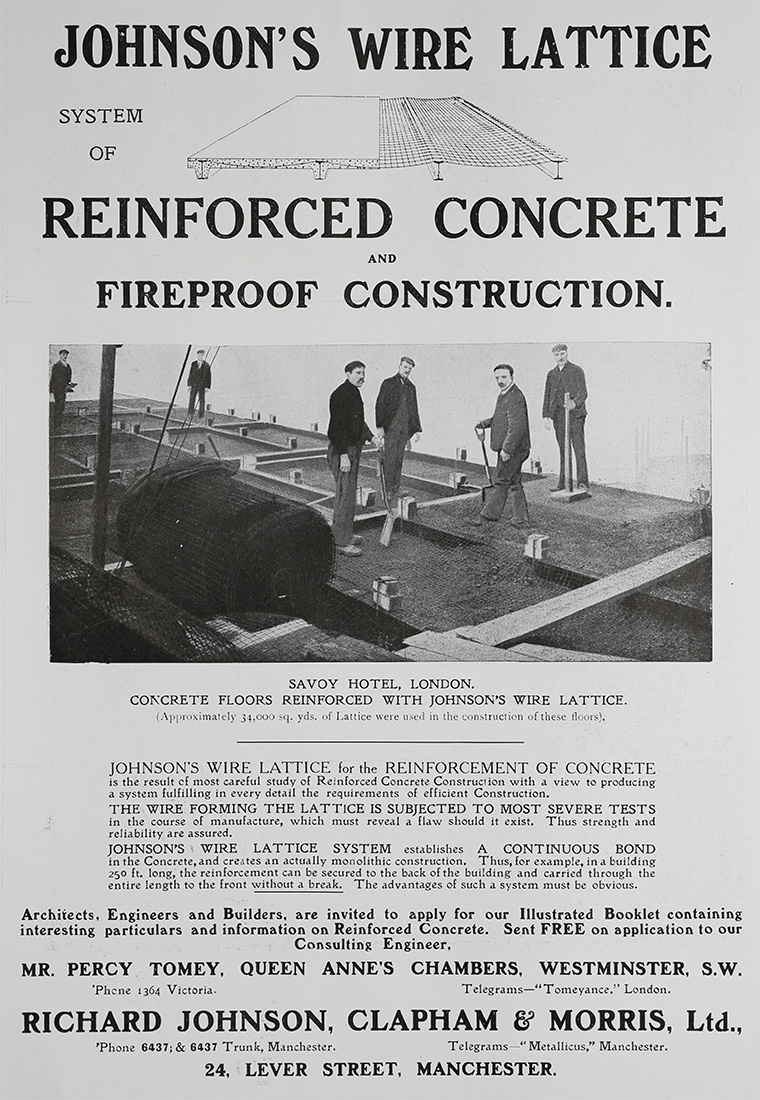 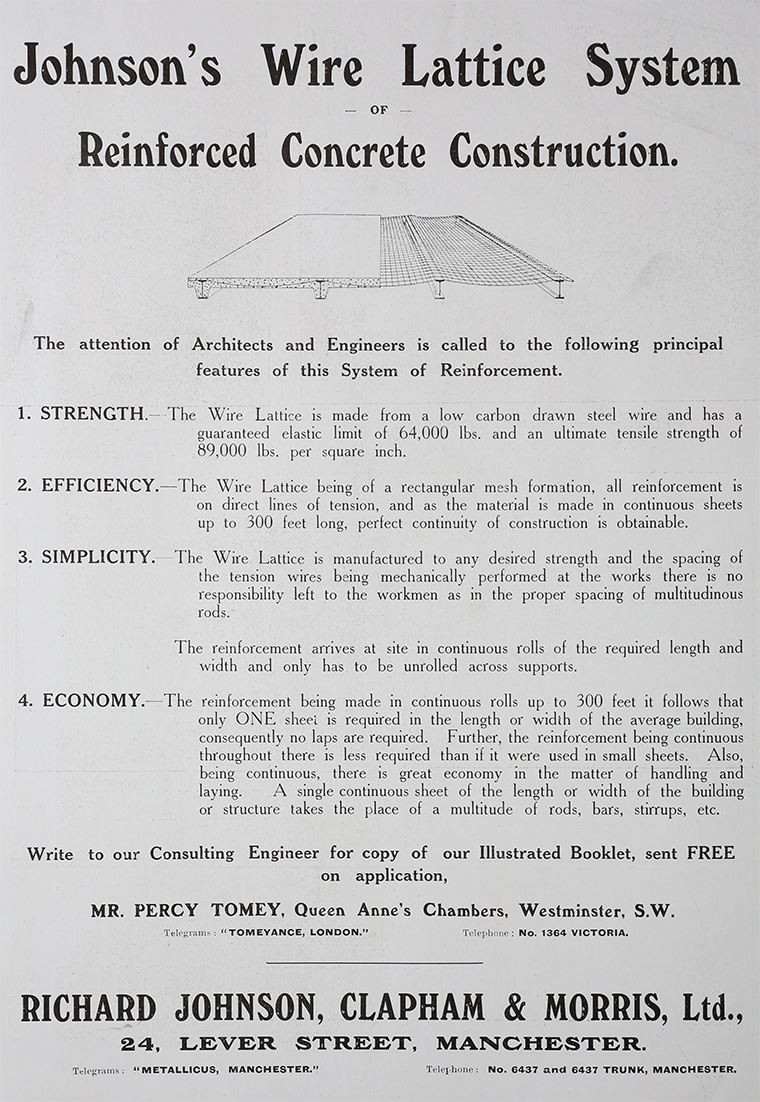 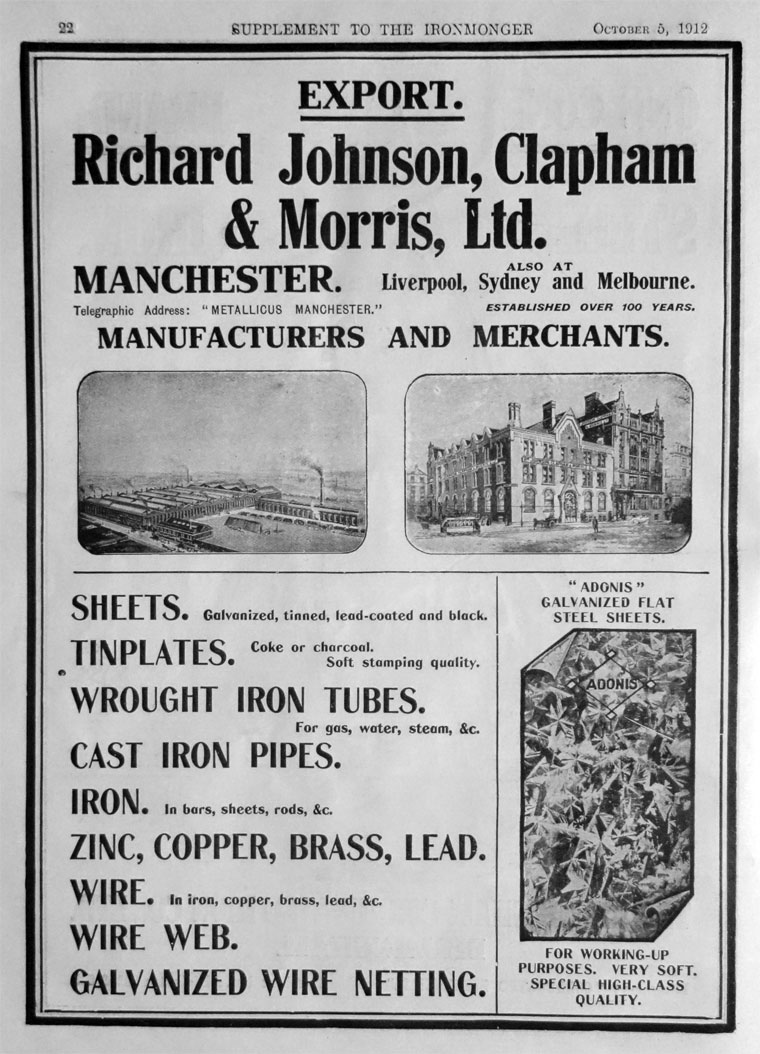 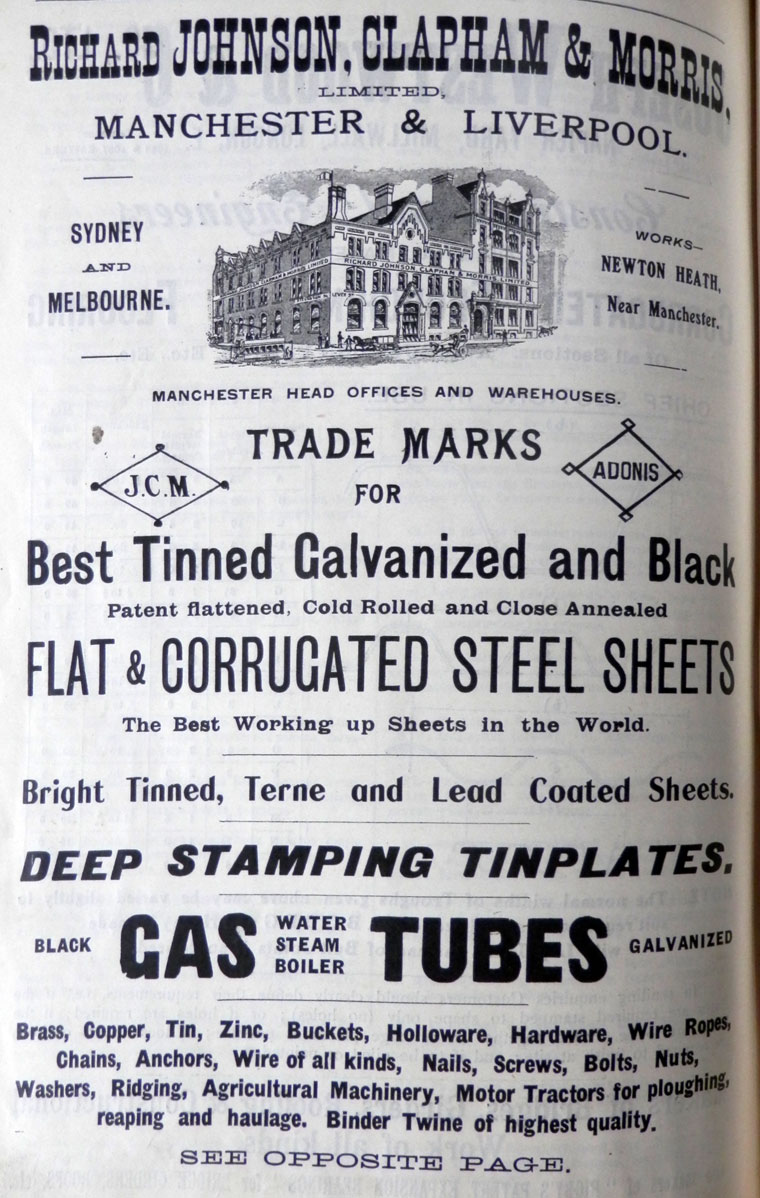 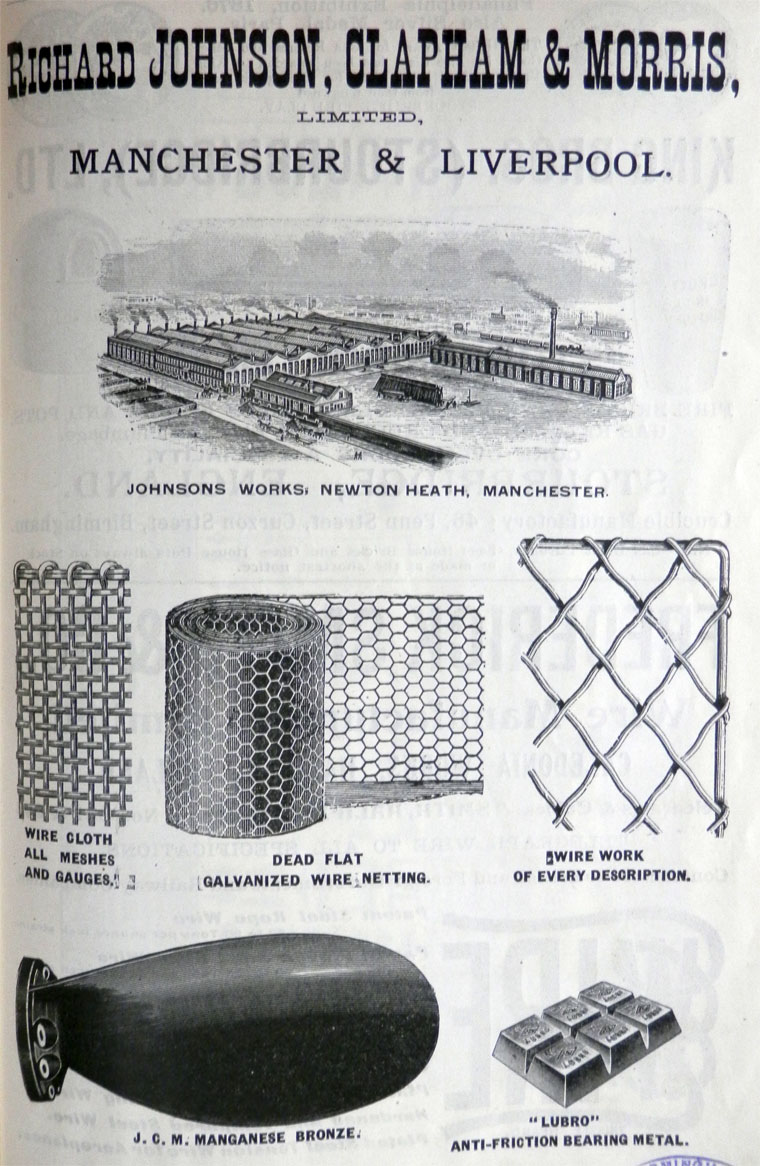 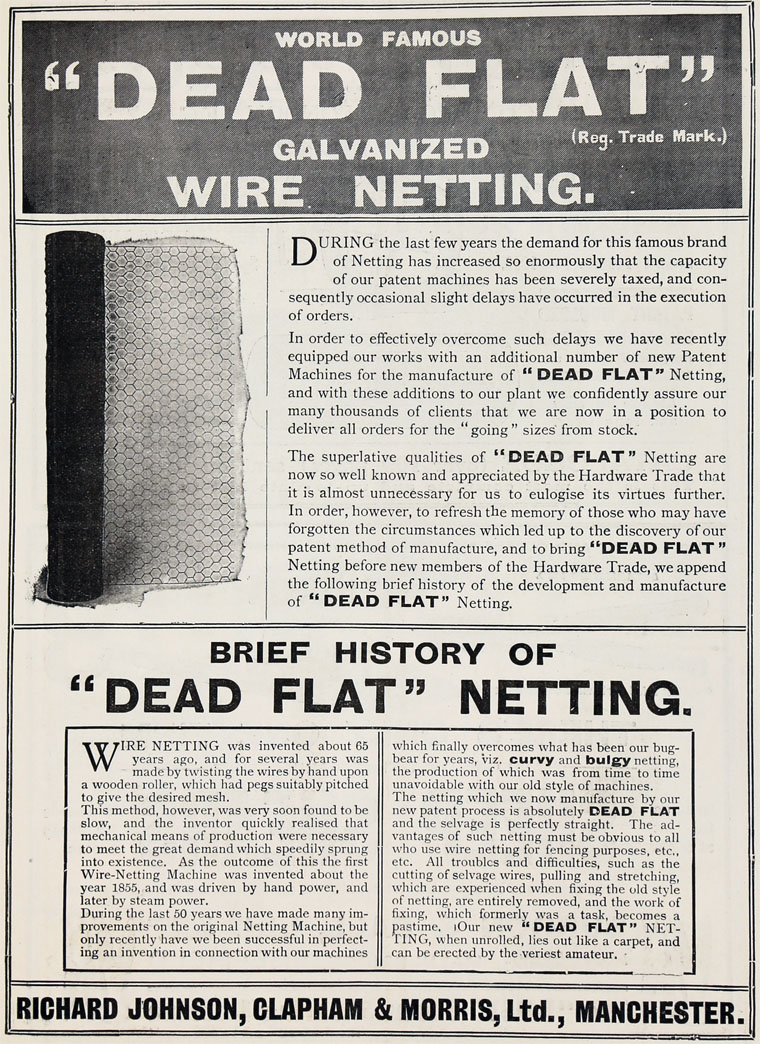 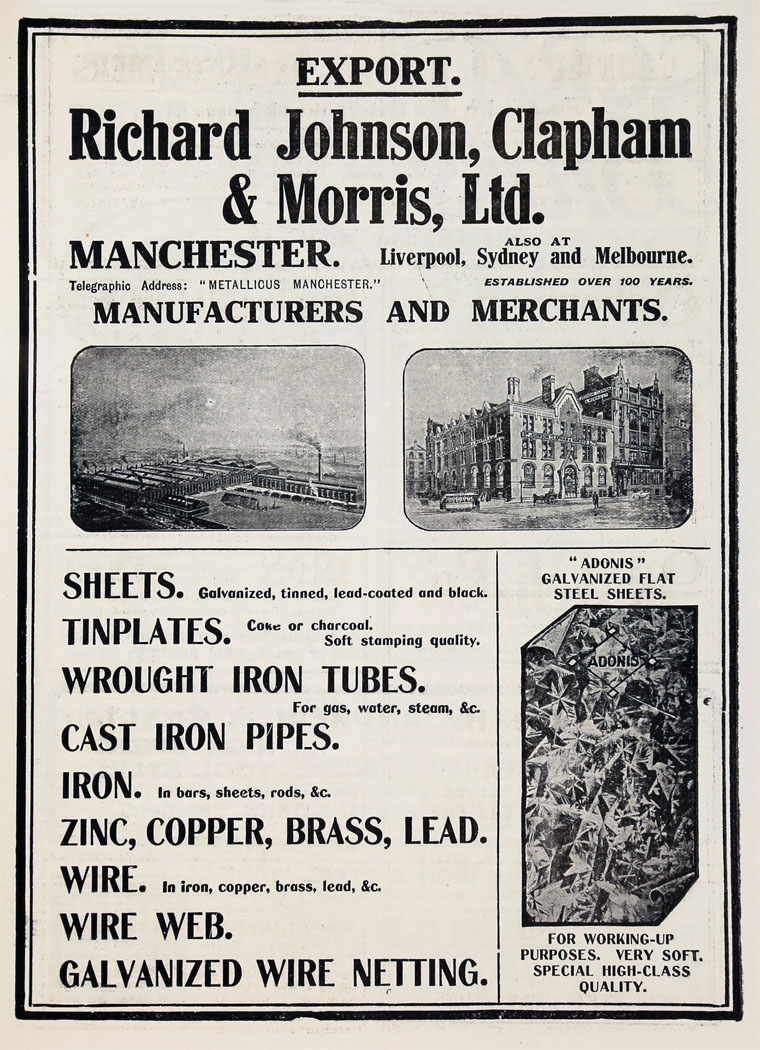 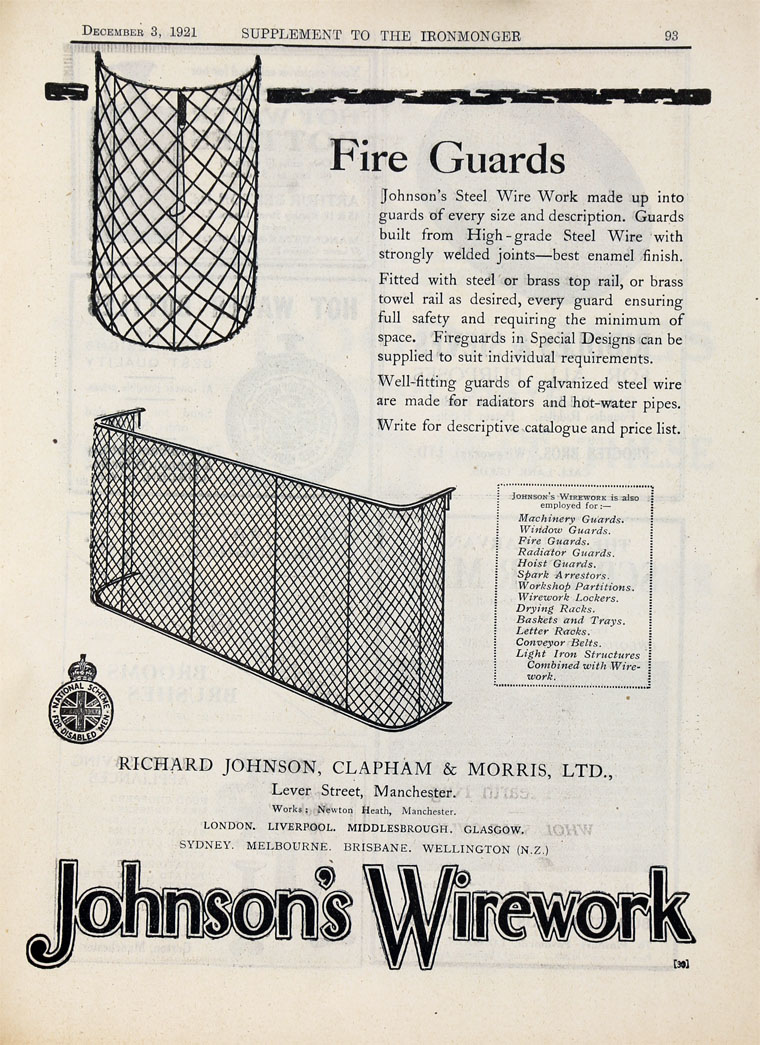 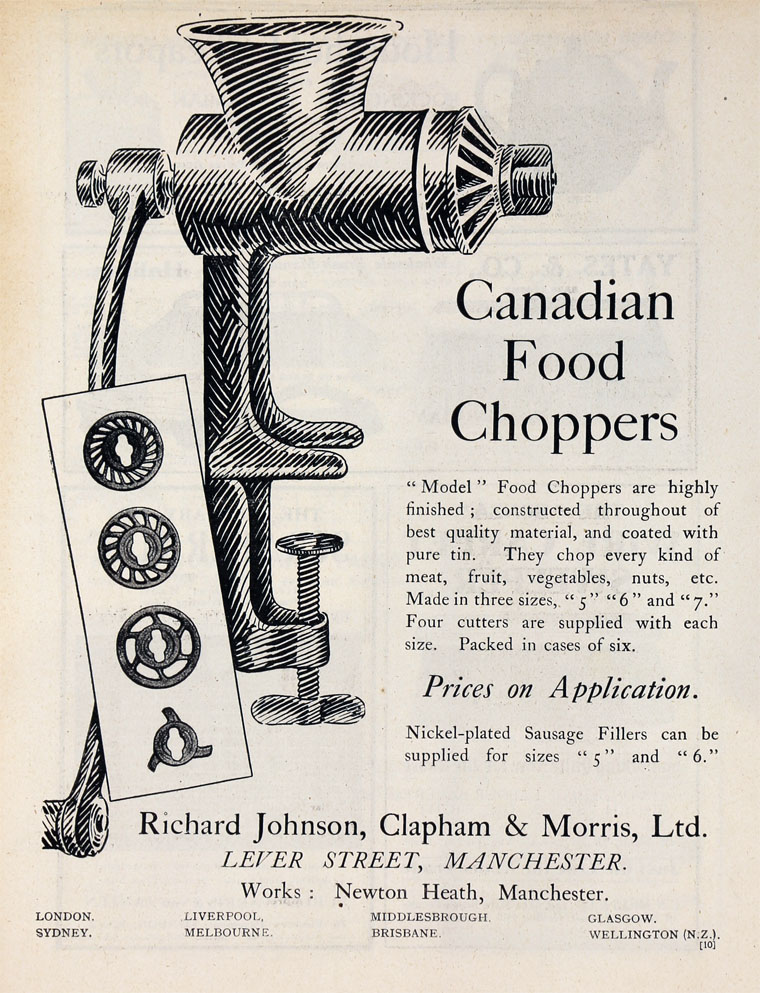 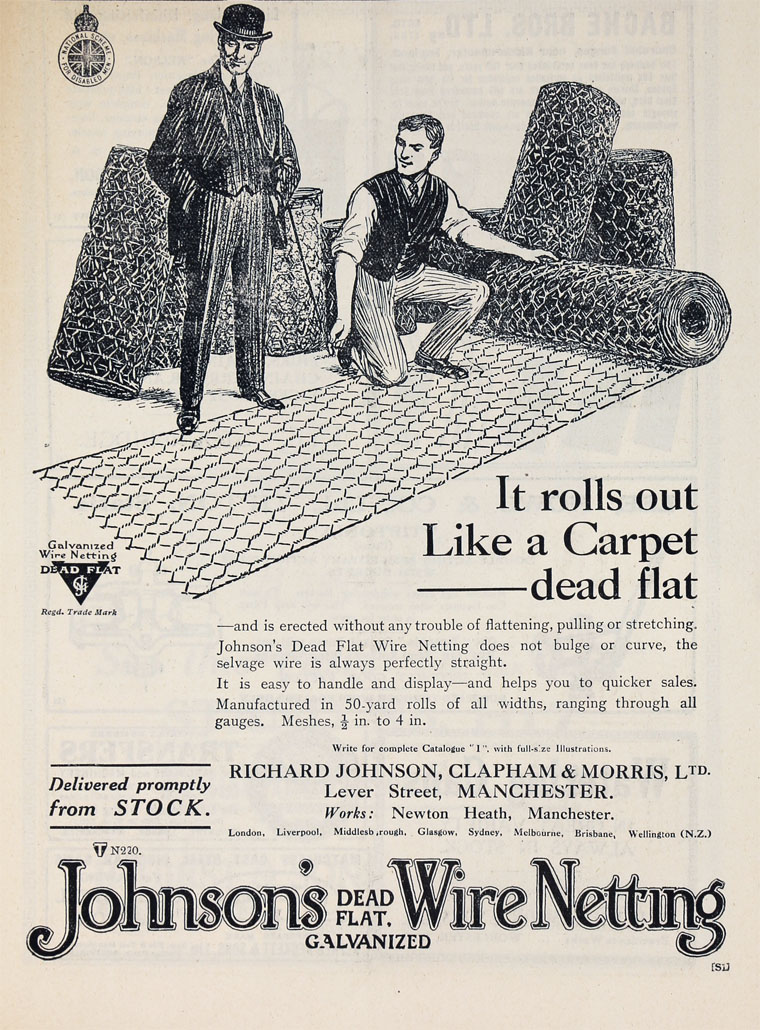 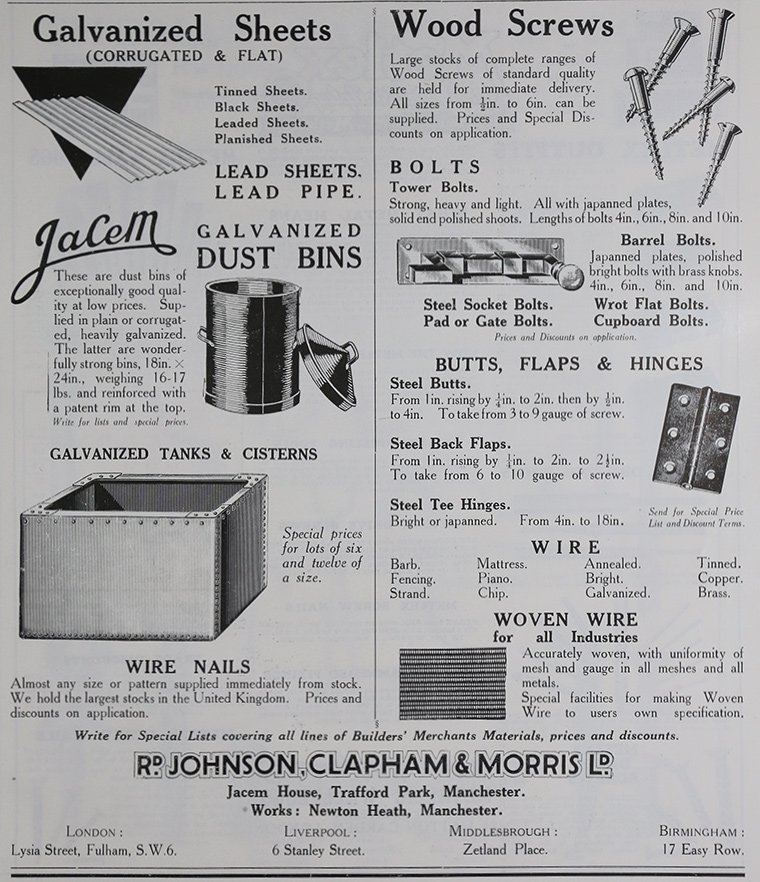 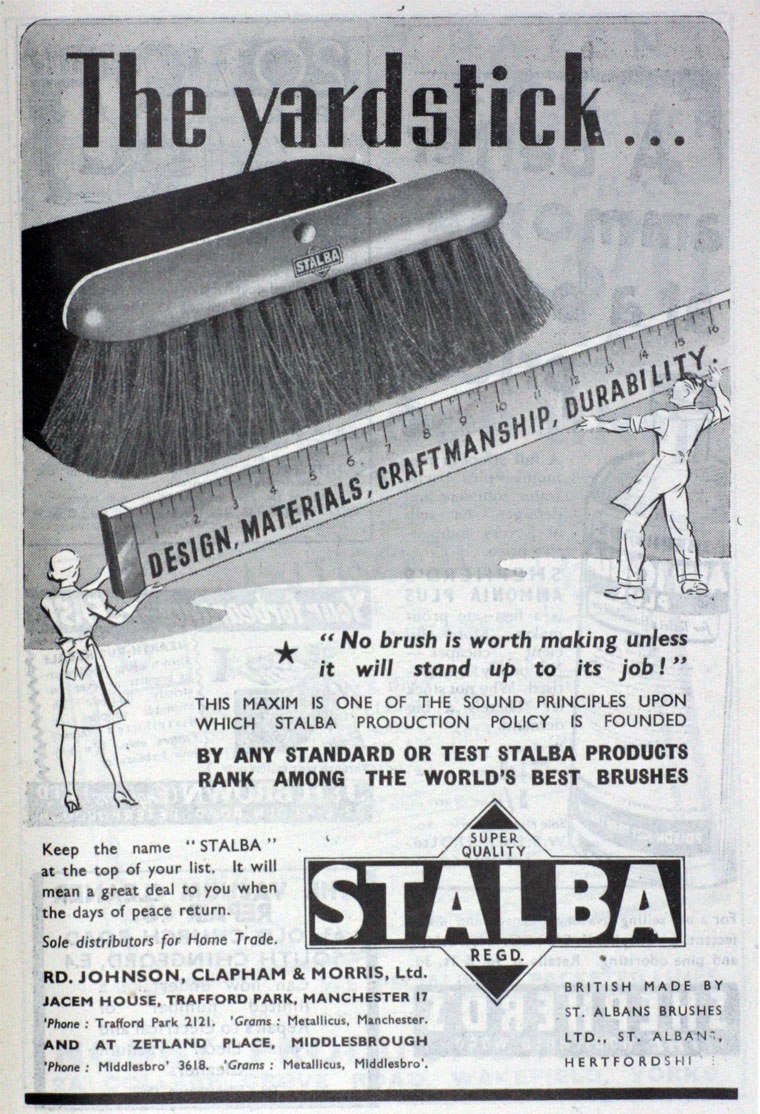 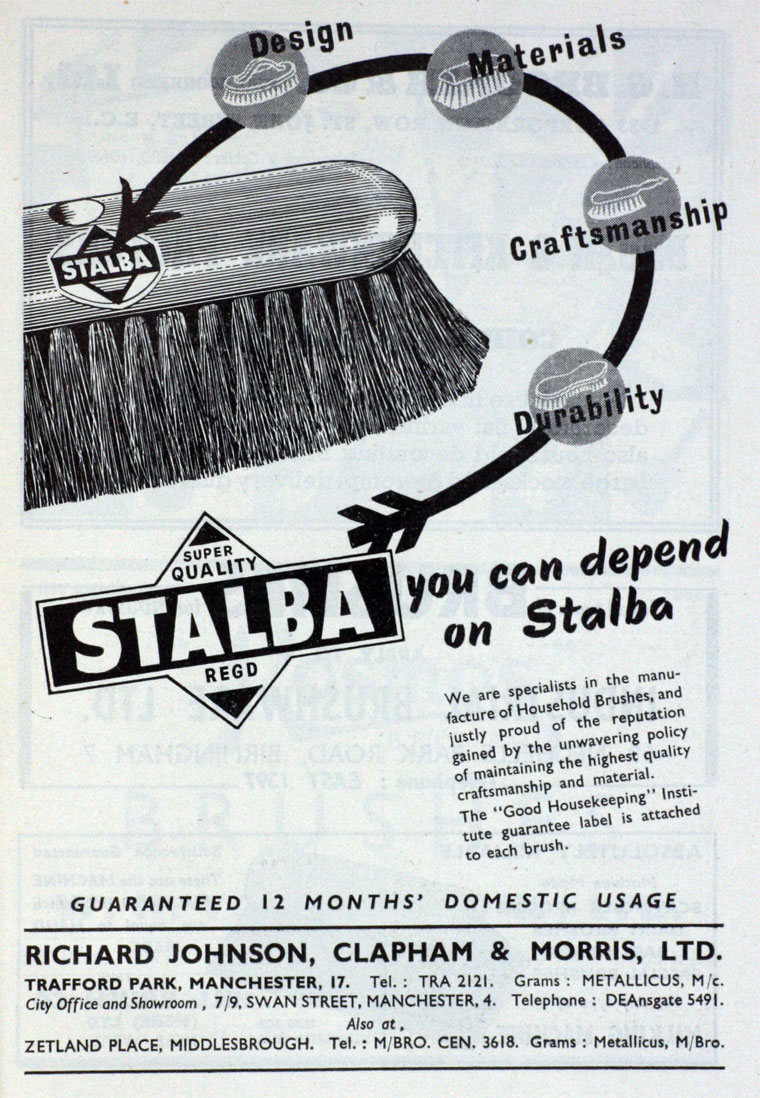 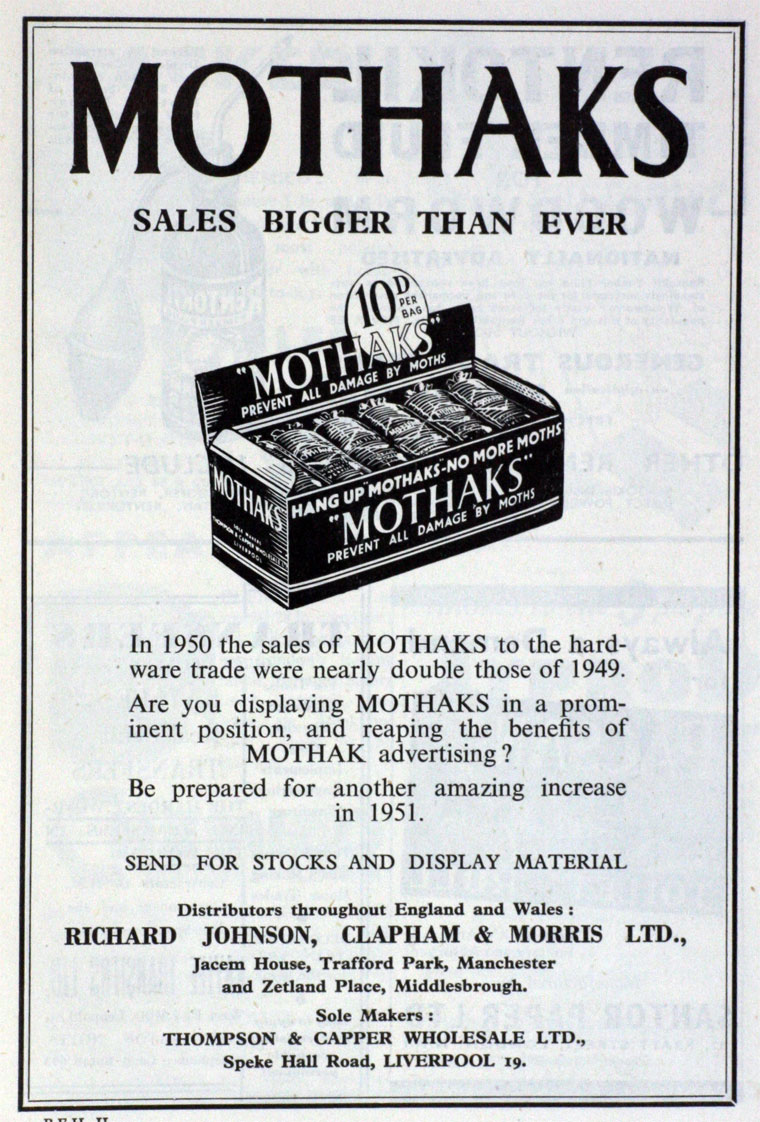 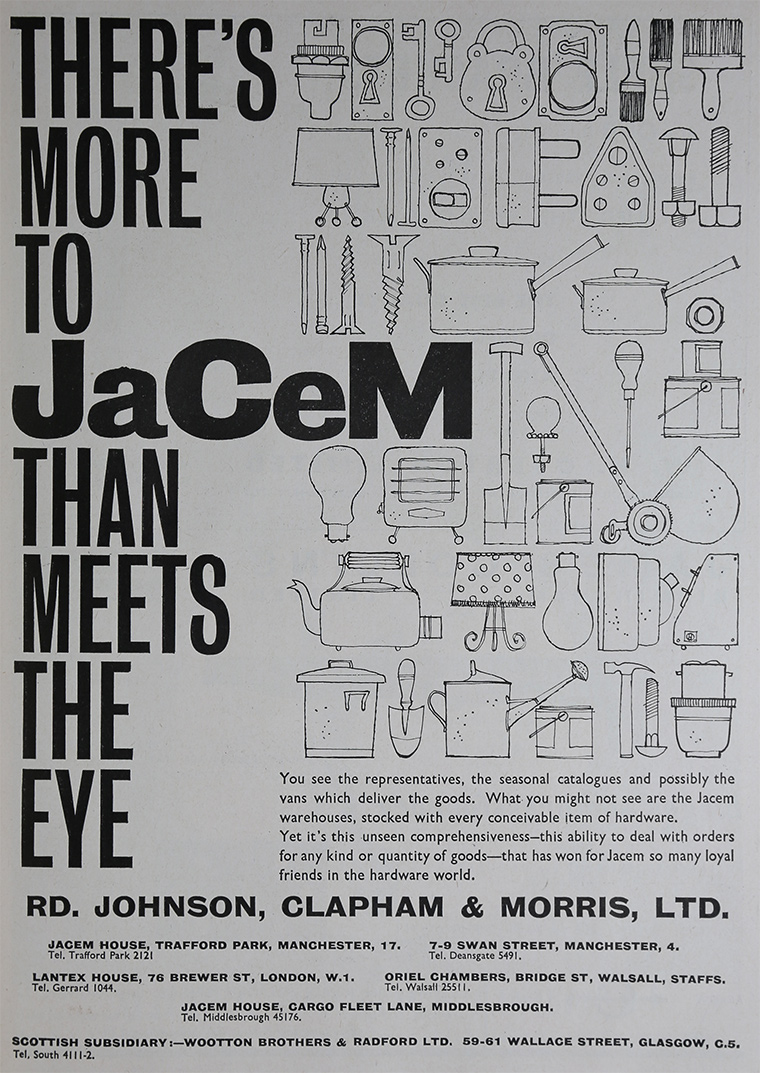 Manufacturers of reinforced brickwork and the clothing of steel-framed and reinforced concrete buildings of 24 Lever Street, Manchester.

c.1872 William Clapham was taken into partnership and the business assumed the title of Richard Johnson, Clapham and Morris.

1885 Opened a London sales office; their premises at this time were in Manchester and Liverpool[2]

1925 Arthur Lawrence Johnson and the company patented an improvement in miner's safety lamp, to provide locking of the oil container in the body of the lamp.

1961 Engaged as metal, electrical and hardware manufacturers and factors. 560 employees. [4]