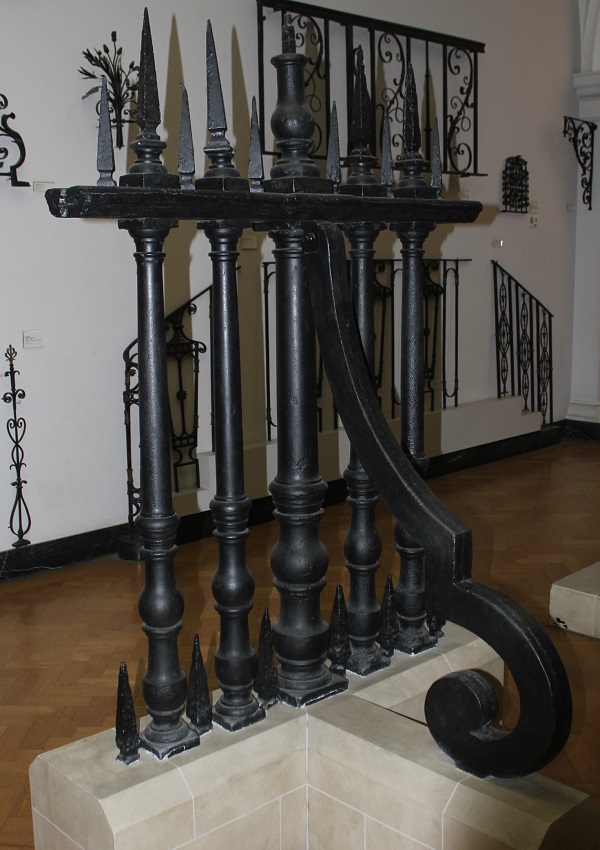 Section of railings from St. Paul's Cathedral displayed in the Victoria and Albert Museum

of Lamberhurst (Kent or Sussex) and Southwark, London

The iron railings outside St Paul's Cathedral are said to have been cast in Sussex and assembled and finished at the Falcon Foundry[1]. It is evident that these impressive early examples of iron railings, made 1710-14, are assembled from iron castings and iron forgings. This no doubt explains references to two places of manufacture.

1723 Advertisement: 'At the ironfoundry late Mr Richard Jones (Ironfounder) at the Faulcon in Southwark are made and sold by John Wood .....[a long list of cast iron goods]. Also money for iron guns, broken or whole or any old iron.'[2]