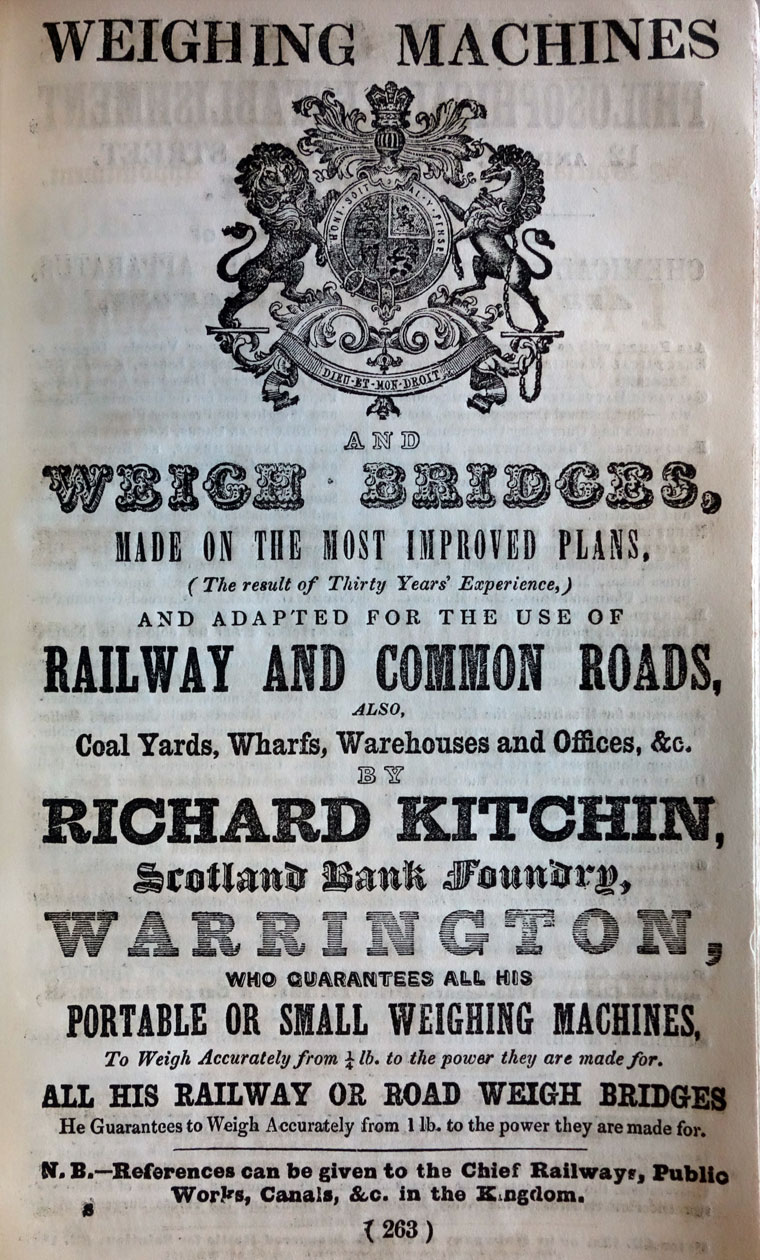 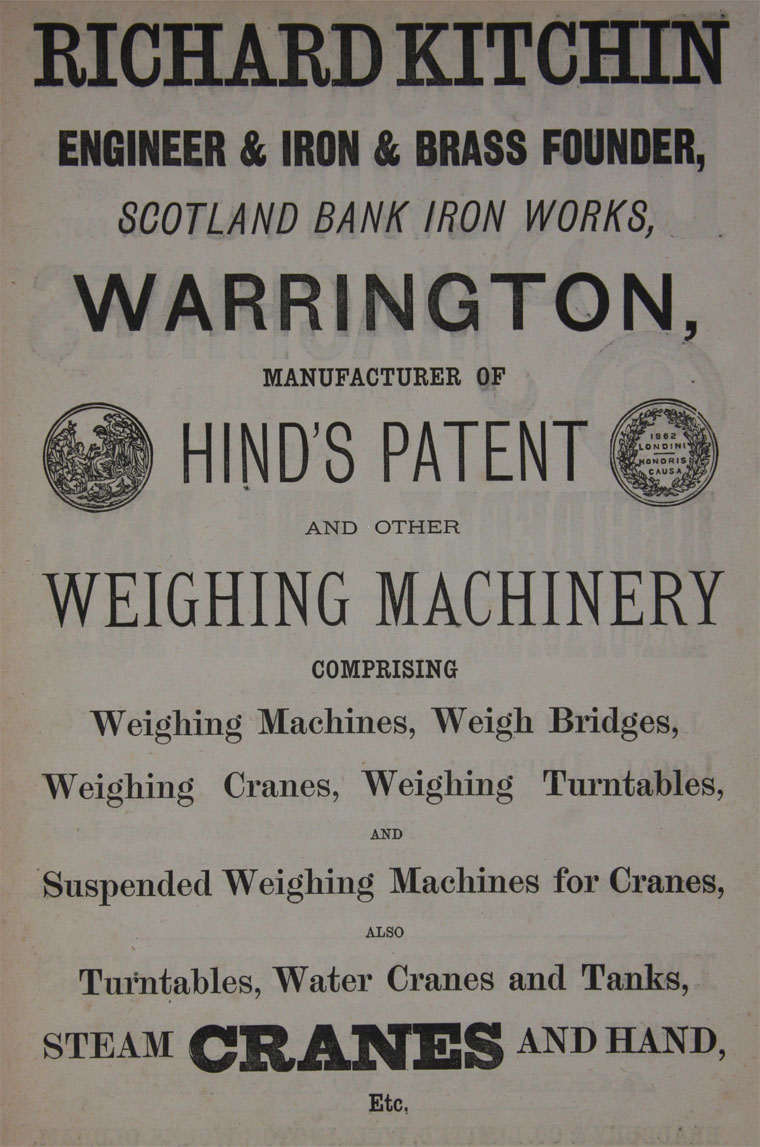 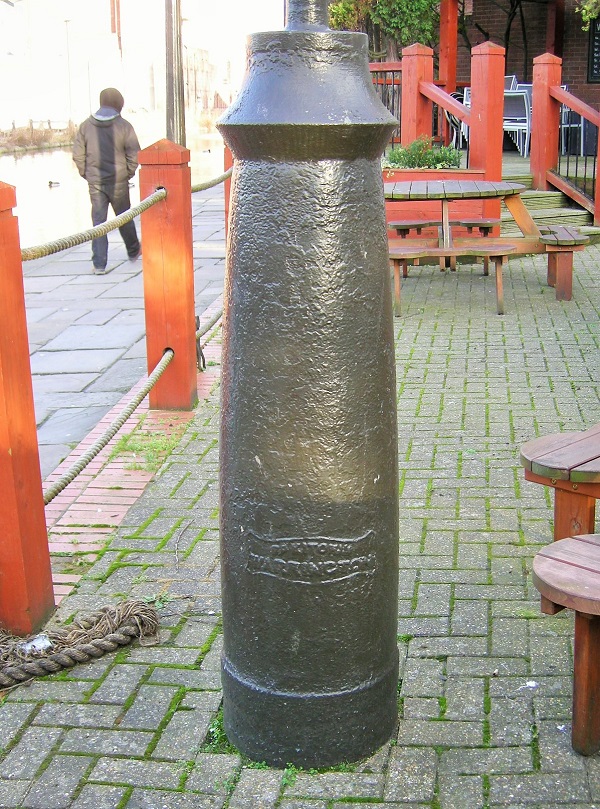 Note: The spelling Richard Kitchen was frequently used in the company's adverts placed in newspapers.

1843 Advert: 'COPY. WHEREAS, I, Richard Kitchen, of Warrington, in the County of Lancaster, Weighing Machine Maker, have inadvertently, without License obtained for that purpose, manufactured and sold Machines, which as regards the peculiar form, and the suspension of the steel-yard, the mode of preserving the equilibrium of the machine, by means of an adjusting weight, moveable along a screwed rod, fixed upon a part of the steelyard, and also as regards the stool or frame, with suitable bearings resting upon the sustaining points upon the levers, are Infringements of FAIRBANKS PATENT, now held only by MR. HENRY POOLEY, of LIVERPOOL, And of 13, Earl street, Blackfriars, London : and whereas, the said Henry Pooley has, for a certain valuable consideration, agreed to waive all legal proceedings on account of such Infringement, I, the said Richard Kitchen, do hereby make this acknowledgment, and do declare that I have discontinued, and will not repeat the above, or any other Infringement of the same Patent. As witness my hand, this Eighth day of February, One Thousand Eight Hundred and Forty- three, (Signed) RICHARD KITCHEN.' [1]

1856 Advert: 'FOR SALE, THE IRON WORK of a COAL DROP, entirely New, and on the Hartlepool Plan. For Particulars apply to Richard Kitchen, Scotland Bank Iron-Works, Warrington.'[4]

1858 Richard Kitchen of Scotland Bank Iron Works, Warrington, listed as a contributor to the Gweedore and Cloughaneely Relief Fund[5]

An 1887 advertisement for a sale of equipment at a factory in Turnbridge include 'A valuable overhead travelling crane and weighing machine combined, by Richard Kitchen, Warrington, to lift any weight up to 16 tons, and weigh with Hind's patent machine at the same operation, with 60ft. double rails and platform.'[10]