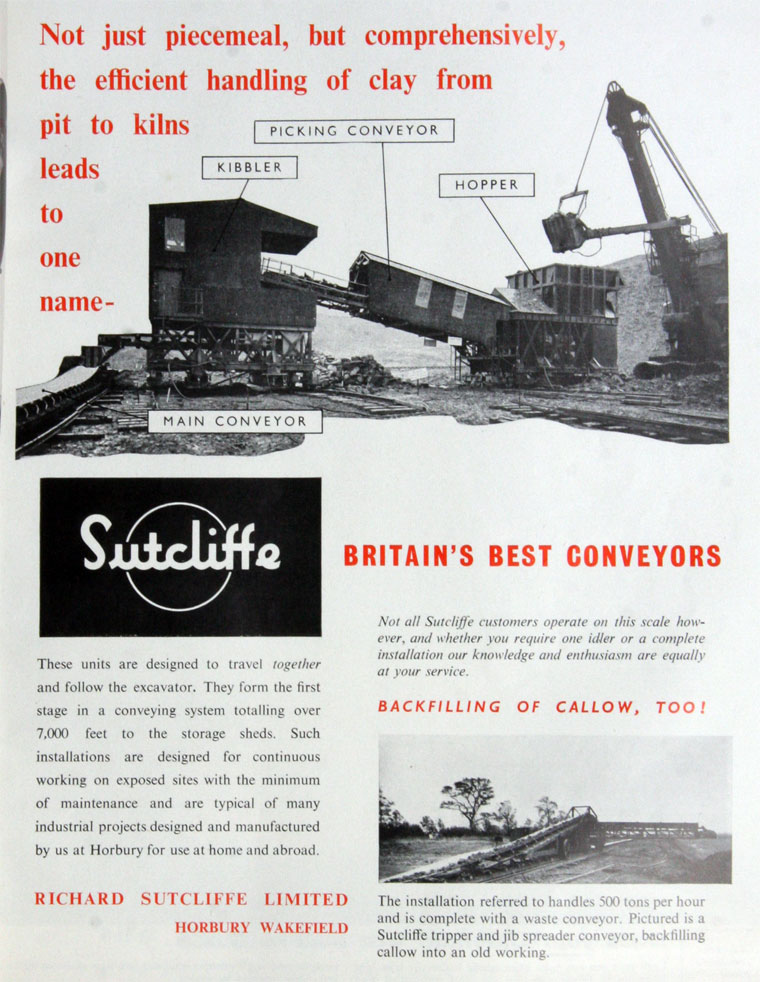 1969 The mining machinery interests of Fletcher and Stewart were merged with those of Richard Sutcliffe and A. G. Wild and Co (owned by Industrial and Commercial Finance Corporation) in a new company Fletcher Sutcliffe Wild, to supply self-advancing powered roof support systems and other mining machinery; it would be majority owned by Booker Group[4]