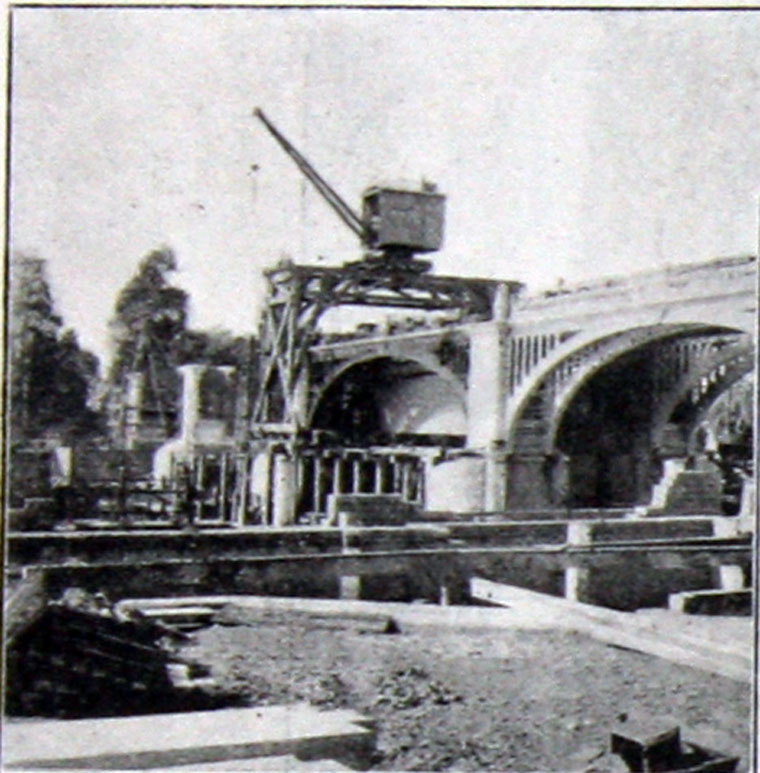 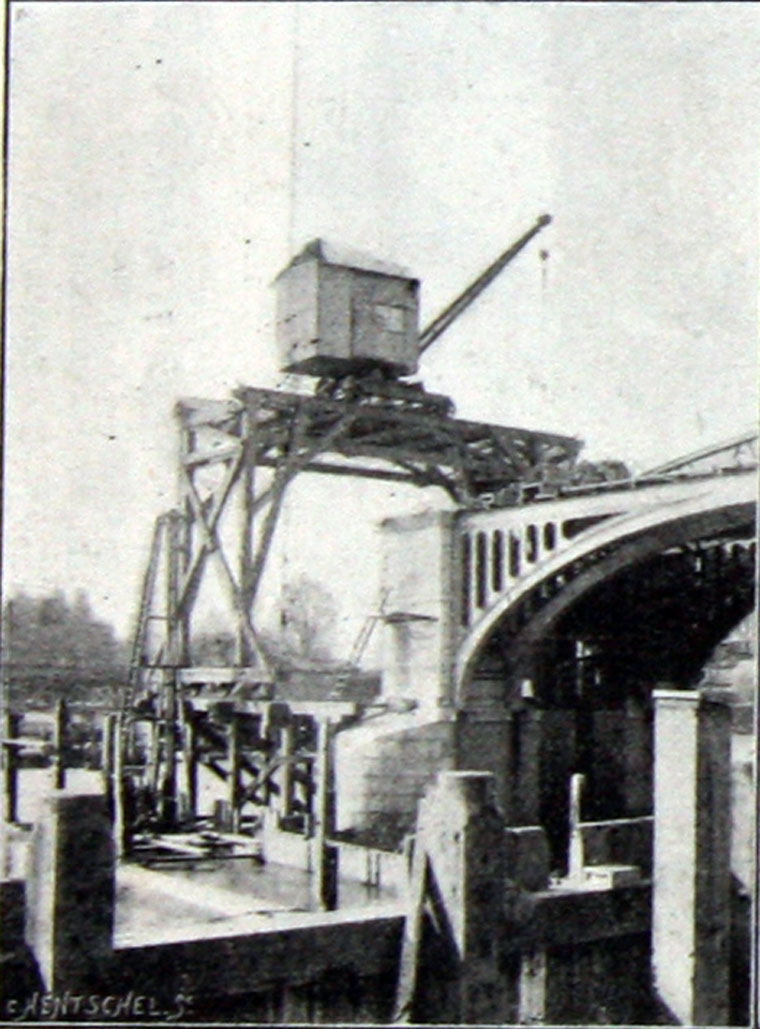 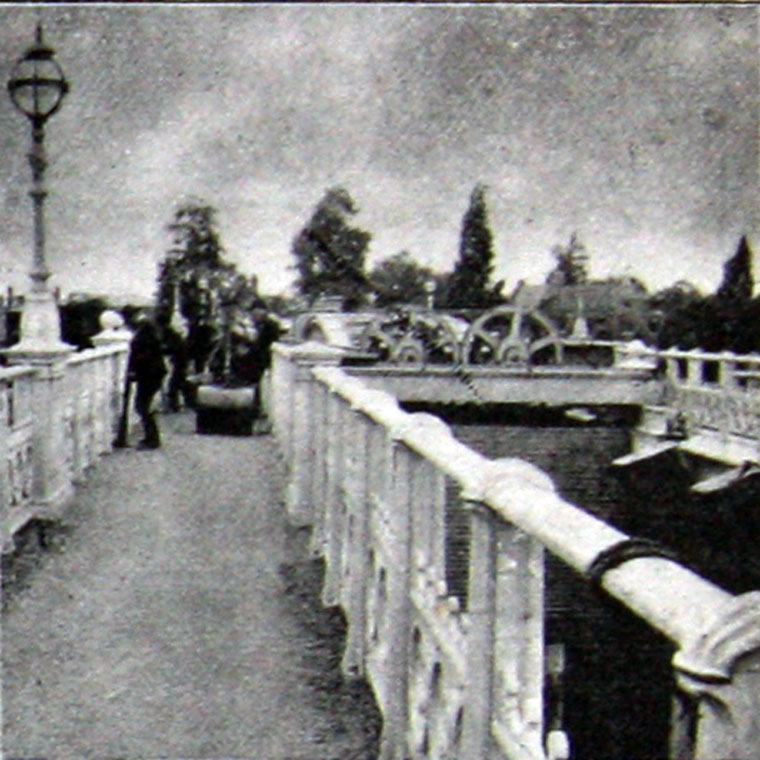 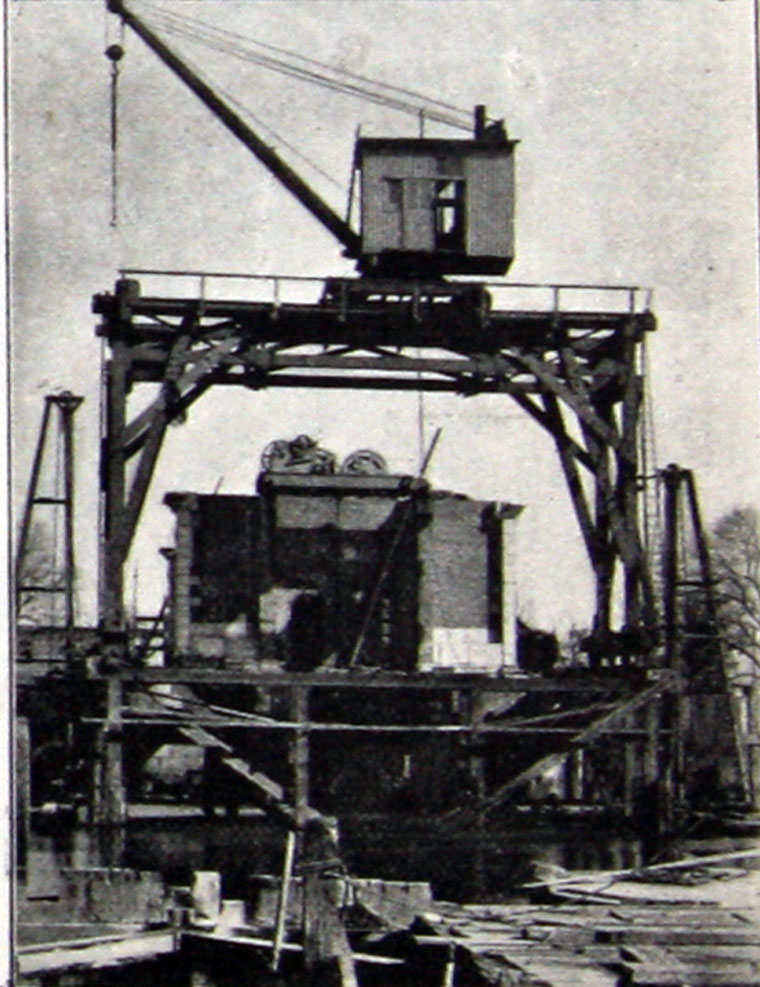 Richmond Lock and Footbridge is a lock and pedestrian bridge, situated on the River Thames in south west London. It is the furthest downstream of all the Thames locks and is the only one owned and operated by the Port of London Authority.

It was opened in 1894 and is situated close to the centre of Richmond in the south western suburbs of London. It connects Richmond on the east bank with the neighbouring district of St. Margarets on the west bank.

The Richmond lock and weir complex was built in 1894 by the Thames Conservancy to maintain a navigable depth of water upstream of Richmond. This then ensures that there is always at least a 1.72m depth of water in the River between Richmond and Teddington.

In 1908 an Act transferred responsibility for the Thames from a point 350 yards (320 m) below Teddington Lock to the Port of London Authority, and this included Richmond Lock.

When the old London Bridge was demolished in 1832, the removal of the palisades, constructed to protect the bridge, resulted in the tides on the Thames rising and falling far more rapidly than they had done. This, together with dredging of the lower river, meant that for long periods the Thames at Twickenham and Richmond was little more than a stream running through mudbanks. In 1890, after many years of petitioning, permission was granted to build a half-lock and weir downstream of Richmond Bridge. To restore the river to its former state a barge lock was constructed against the Surrey side joined by a weir to three roller slipways for small craft on the Middlesex side. As a superstructure was required to operate the sluice mechanism, it was agreed to construct this in the form of two footbridges.

Richmond Lock is a half-tide lock and barrage, which also incorporates a public footbridge. The footbridge crosses the conventional lock, the slipway and the barrage, which comprises three vertical steel sluice gates suspended from the footbridge structure. These gates weigh 32 tons each and are 66 feet in width and 12 feet in depth. The lock permits passage of vessels up to 250 feet long by 26 feet 8 inches wide.

For about two hours each side of high tide, the sluice gates which make up the barrage are raised into the footbridge structure above, and river traffic can pass through the barrage unimpeded. For the rest of the tidal cycle the sluice gates are closed, and ships and boats must use the lock alongside the barrage. Rowing boats and kayaks can use the slipway. The sluice gates were originally manually operated by the lock keepers, who lived under pedestrian steps on each bank of the river.

The barrage has the effect of maintaining the water level between Richmond Lock and Teddington Lock (the next lock upstream) at or above half-tide level. The maximum fall of the lock is 10 feet.