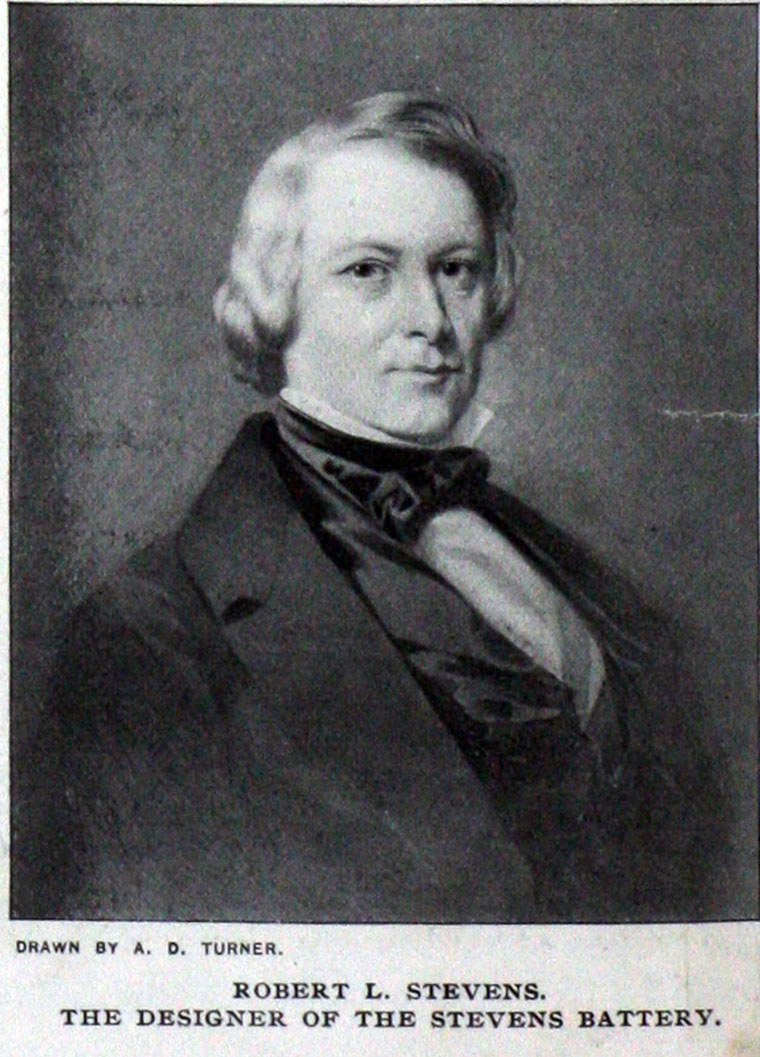 Son of John Stevens, of Hoboken

1807 he and his father built the paddle-wheel steamer Phoenix, which ran on the Hudson River a few days after Fulton's steamer, the Clermont. As Fulton had secured a monopoly for steamboat navigation in the State of New York, on account of his priority, the Phoenix was run between the cities of New York and New Brunswick. She was afterwards taken out to sea and down the Atlantic Coast, then up the Delaware River to Philadelphia.

1816 Began to run a steam ferry across the Hudson River between New York and New Jersey.

1818 He used anthracite coal instead of wood on the Passaic.

1821/2 He designed and applied to the Hoboken the skeleton form of beam, as a substitute for the solid beam which had been copied from the beams used on stationary engines; this was later used exclusively.

1824 He placed the boilers of the Trenton at the sides of the ship and introduced forced draught.

1827 The North America had 2 engines, one to each paddle-wheel

1837-8 With his brother Edwin, tried an exhaust fan on a horizontal spindle in the chimney of a shop engine at the works of the Camden and Amboy Railway.

1838 They fitted a similar fan to the steamboat Philadelphia

1840 On the Trenton, he used steam-packed pistons.

1841 Developed, with his nephew Francis B. Stevens, developed the 'Stevens cut-off' valve gear..

From 1841 Robert and gradually developed their ideas for iron-clad warships, and was joined by his brother Edwin Augustus Stevens. In 1854 the keel of their large battery was laid down at their purpose-built yard. The hull and machinery were nearly finished when Robert died in 1856. The work was continued by Edwin and his brother John C. Stevens. Work was cancelled in 1862, but after redesign, work recommenced, but finally ceased in 1874. See Wikipedia and Stevens' battery.