Grace's Guide is the leading source of historical information on industry and manufacturing in Britain. This web publication contains 143,022 pages of information and 229,410 images on early companies, their products and the people who designed and built them. 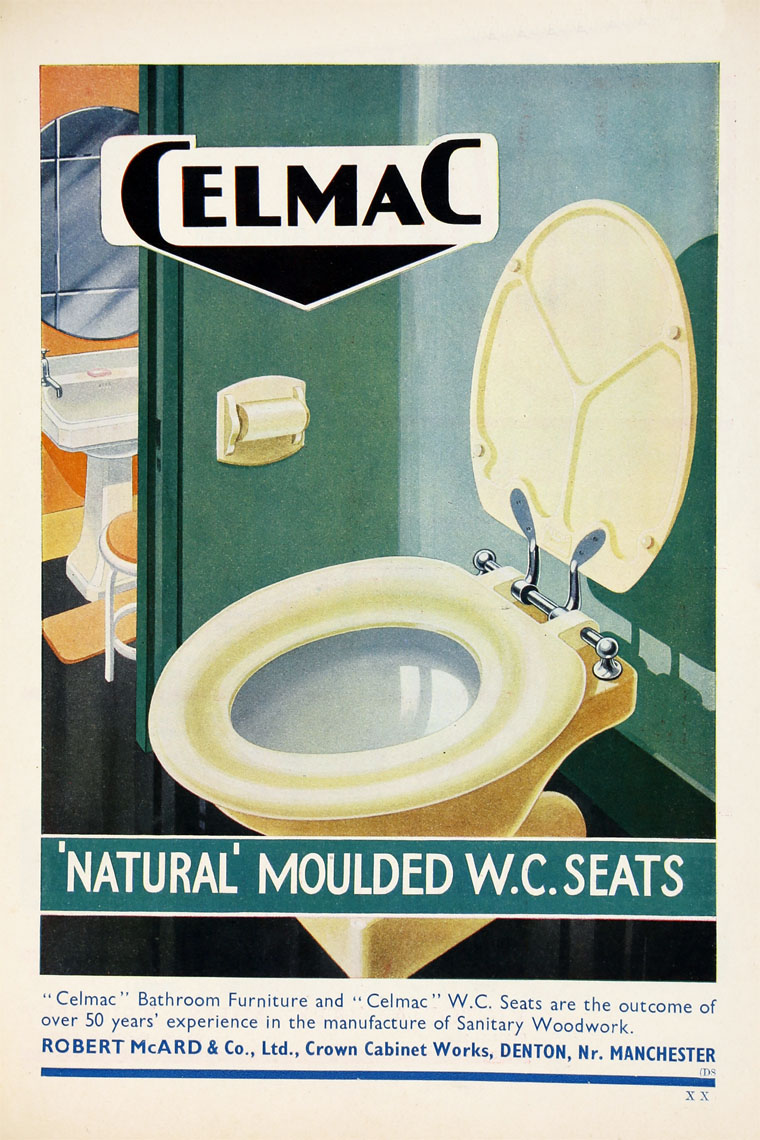 1890 Company founded. The history of the Celmac toilet seat goes back to the "Sanitary Seats" first made by Robert McArd and Co of Denton, Manchester, and London, in the year 1890.

When Robert died he left a thriving business to his daughters Celia, Elizabeth and Lucy McArd and the company style was changed to incorporate their initials as Celmac Ltd.

1930s Celmac was one of the first companies to experiment with the use of plastics. The early moulded plastic seats were made in Bakelite, a thermoseat material made from urea formaldehyde.

WWII. During and immediately after the Second World War, Bakelite was used for everything from radio sets to ash trays, from cups and saucers to toilet seats and is remembered with mixed feelings for its brittleness and "utility" appearance. Nevertheless the new Celmac seats were an immediate success, first for domestic use and then in the emerging market for school toilet seats.

Celmac introduced the Crescent A Model, complete with seat cover and fully adjustable chromium plated hinges for 14" and 16" school pans with the gap front designed specifically for hygiene in toilets used by both boys and girls. The seat design remains virtually unchanged.

1953 Patent - Improvements in or relating to hinges for closet seats and covers.

1961 Plastic moulders and manufacturers of sanitary seats and bathroom and kitchen furniture. 250 employees. [2]