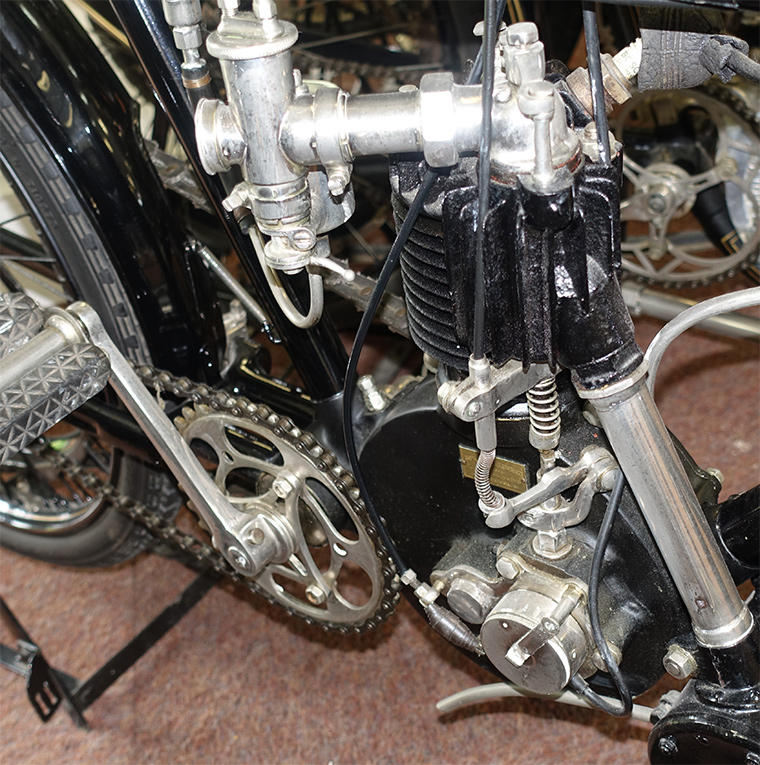 1884 Partnership dissolved. '...the Partnership formerly subsisting between us the undersigned, John Colwell Robinson and Thomas Price, carrying on the business of Bicycle and Tricycle Manufacturers and Agents, at 65, Pembroke-place, in the city of Liverpool, was, on the 20th day of June, 1882, dissolved by mutual consent...'[1]

1886 Partnership dissolved. '...the Partnership heretofore subsisting between us the undersigned, John Colwell Robinson and Edward James Bayly, carrying on the business of Bicycle and Tricycle Manufacturers and Agents, under the firm or style of Robinson and Price, at 42, Elizabeth-street, 65, Pembroke-place, at 85, Dale street, in the city of Liverpool, is this day dissolved by mutual consent...'[2]

1902-06 R and P were motorcycles produced as primitives using 346cc 2.25hp and 2.75hp engines mounted vertically in the frame. The machines were well made and, like the Bradbury, the crankcase was cast around the main frame tubes under Birch patents.

In 1904, a forecar was added, but production would have been limited.