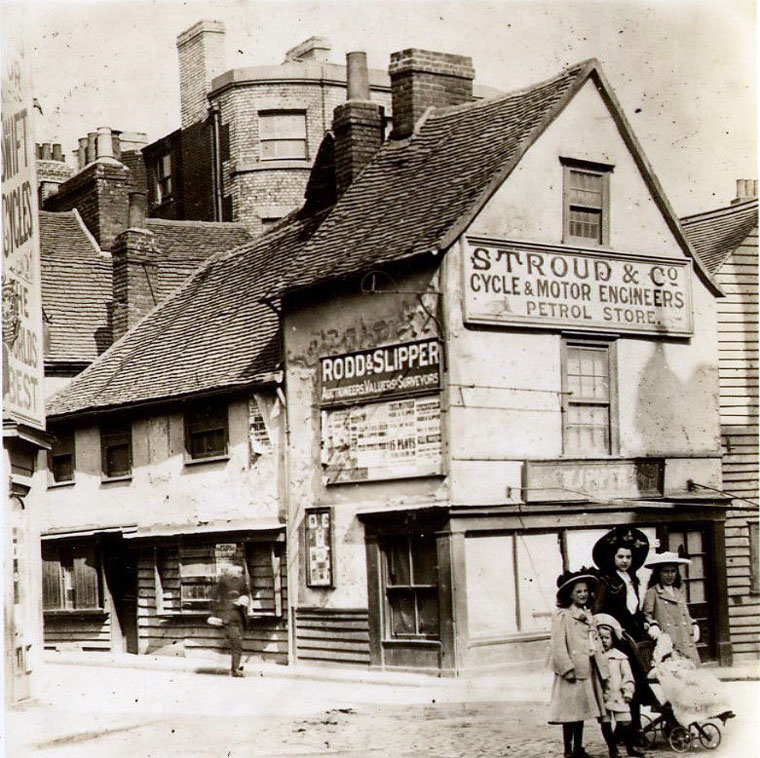 1894 Mr. Alfred Martin joined him in partnership but this was soon dissolved in 1901.

"Death of Mr. Sidney Rodd.— We regret to state that Mr. Sidney Rodd. of the firm Messrs. Rodd and Slipper, auctioneers and estate agents, Duke Street, died Tuesday on morning, at ten o'clock. at his residence. The Croft, Mount Hill Avenue. Springfield.

Mr. Rodd was 51 years of age, and he leaves a widow and two children, a boy and girl. He was the second son of the late Mr. Alfred Rodd, auctioneer, of Rochford, and married Miss L. C. Martin, third daughter of the late Mr. Thomas Martin, of Chelmsford. He was educated at Chelmsford Grammar School, and established the business of Messrs. Rodd and Slipper some twenty-seven years ago. Mr. Alfred Martin joined him in partnership in 1894. That partnership was dissolved in 1901. when Mr. W. J. Slipper joined Mr. Rodd, and the business has been carried on ever since. Mr. Rodd had suffered from a bronchial affection for some time, and this was the cause of his death.

He was well known for his interest good causes, and was always ready to lend his aid to any charitable object. For about twenty years he acted as collector for the Chelmsford and Essex Hospital and Dispensary. He was a member the Springfield Lodge of Freemasons. The funeral will take place eight o'clock to-morrow (Saturday) morning Holy Trinity Churchyard, Springfield."