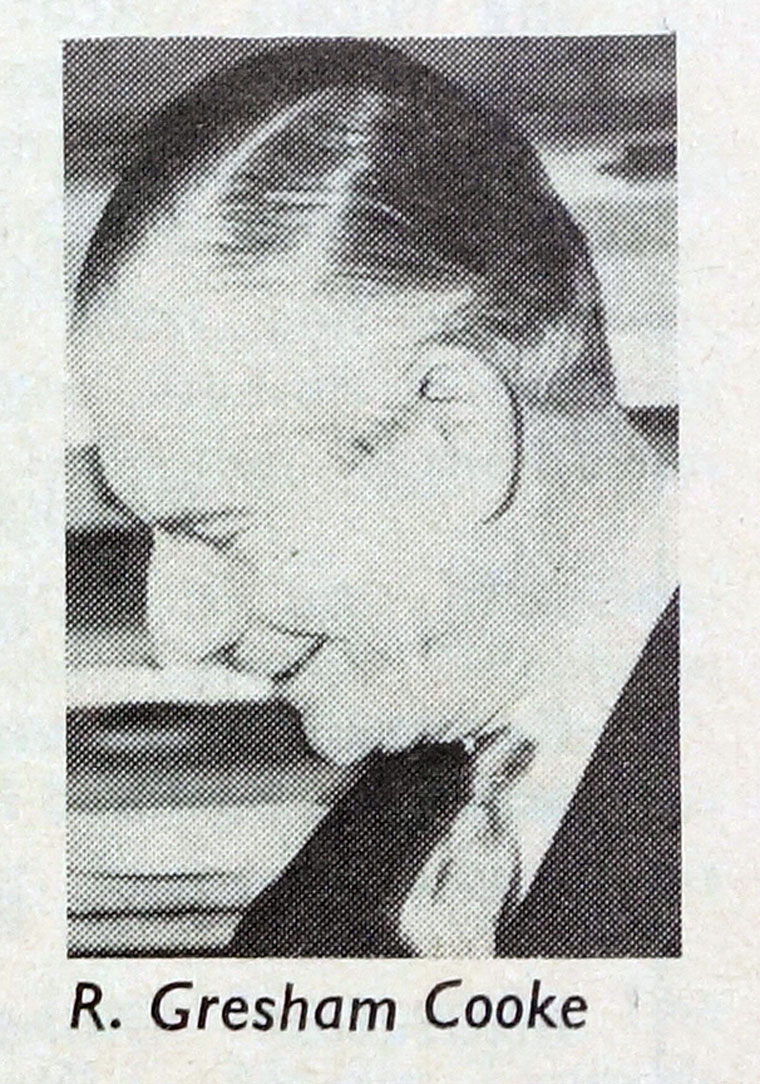 Educated at Winchester, New College, Oxford, and Trinity College, Cambridge, he was called to the Bar in 1930 and practiced until 1935 when he became secretary of the British Road Federation. He joined United Steel Companies as secretary in 1938, and, in 1946, became director of the Society of Motor Manufacturers and Traders. In 1955 he was elected Conservative MP for Twickenham.

His keen interest in the motor industry has been evident throughout his Commons career. He laid major stress on the need for improvement in road communications, the importance of dual carriageways, and many other aspects of road safety.

The Institution has particular cause to be grateful to him for the foundation of the Gresham Cooke Prize, which provides for awards to be made each year for a paper or papers on any aspect of design, research, development or production related to British motor vehicles or any of their components which has contributed to their export potential. He was also an untiring worker on behalf of all non-chartered engineering personnel. As Chairman of the Standing Conference for National Qualification and Title, he negotiated with CEI for a national three-tier registration scheme for all connected with the engineering industry. His recent success in forming the Standing Conference for Technician Engineers and Technicians Ltd will provide him with a lasting memorial.

Mr Gresham Cooke was also a distinguished Parliamentarian. In every aspect of his life he was kind, courteous and full of zest; the Institution and the country has lost a delightful friend and, loyal champion.