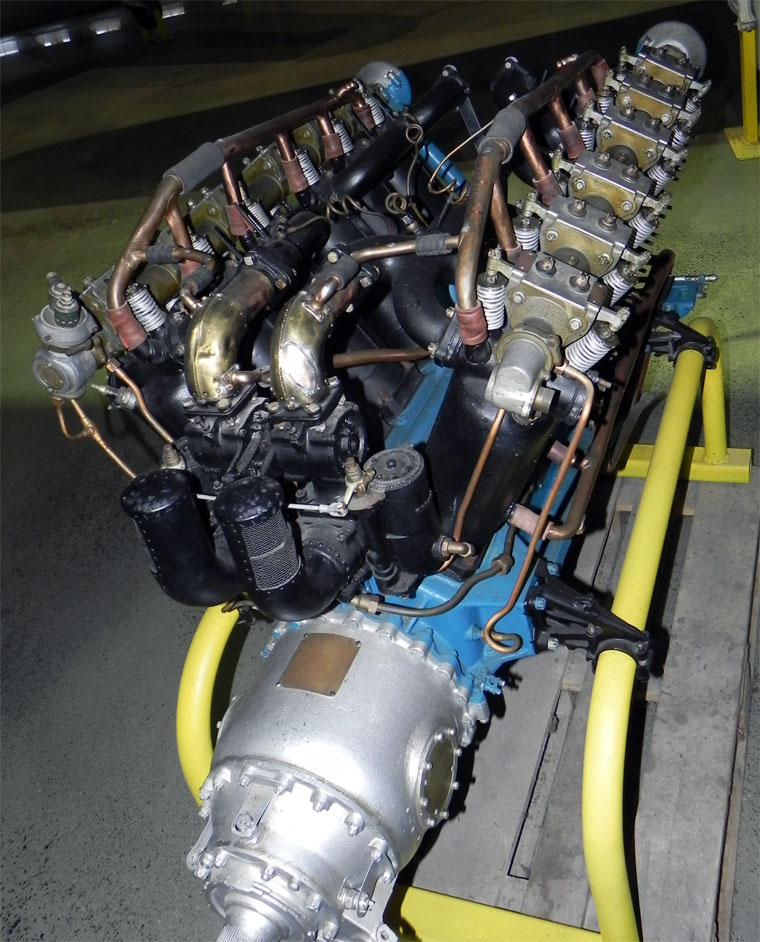 The Rolls-Royce Falcon was an aero-engine developed in 1915. It was a smaller version of the Rolls-Royce Eagle; a liquid cooled V-12 of 14.2 litre capacity. Production began in September 1916 and was so successful that it continued until 1927, 2185 being built. The Falcon was notably used in the Bristol F.2 Fighter and Blackburn Kangaroo bomber.