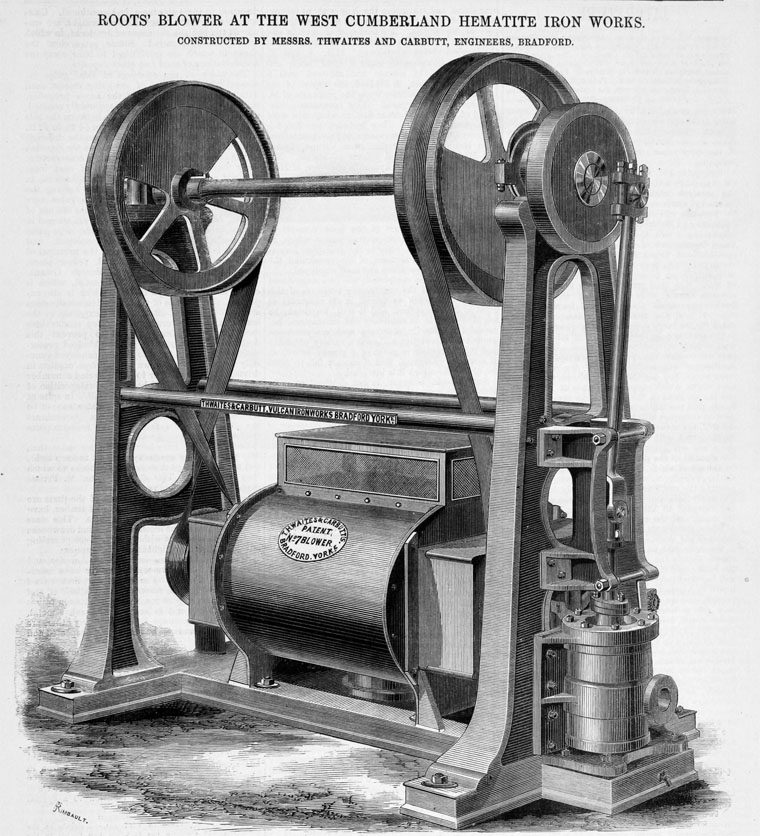 1872. Roots' Blower, made under licence by Thwaites and Carbutt 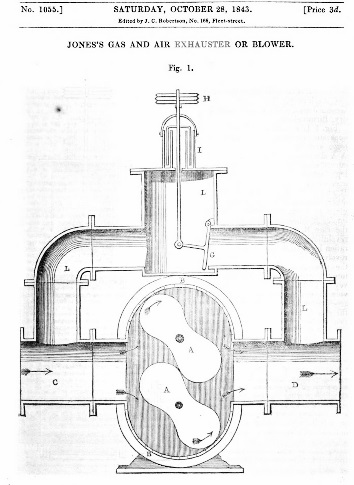 1843 Blower design by George Jones of Birmingham, England, which anticipated the Roots version

Their plan was to use the flow of water in the canal to power their mill, and as they attempted to design a better water wheel for the slow current, they discovered an unusual principle for moving air that became known as the Roots Positive Rotary Principle. This discovery led to the production of the Roots Blower patented in 1860.

The Roots brothers were probably unaware that the design was anticipated by George Jones of Birmingham, England, registered in 1843, and manufactured by Jones.