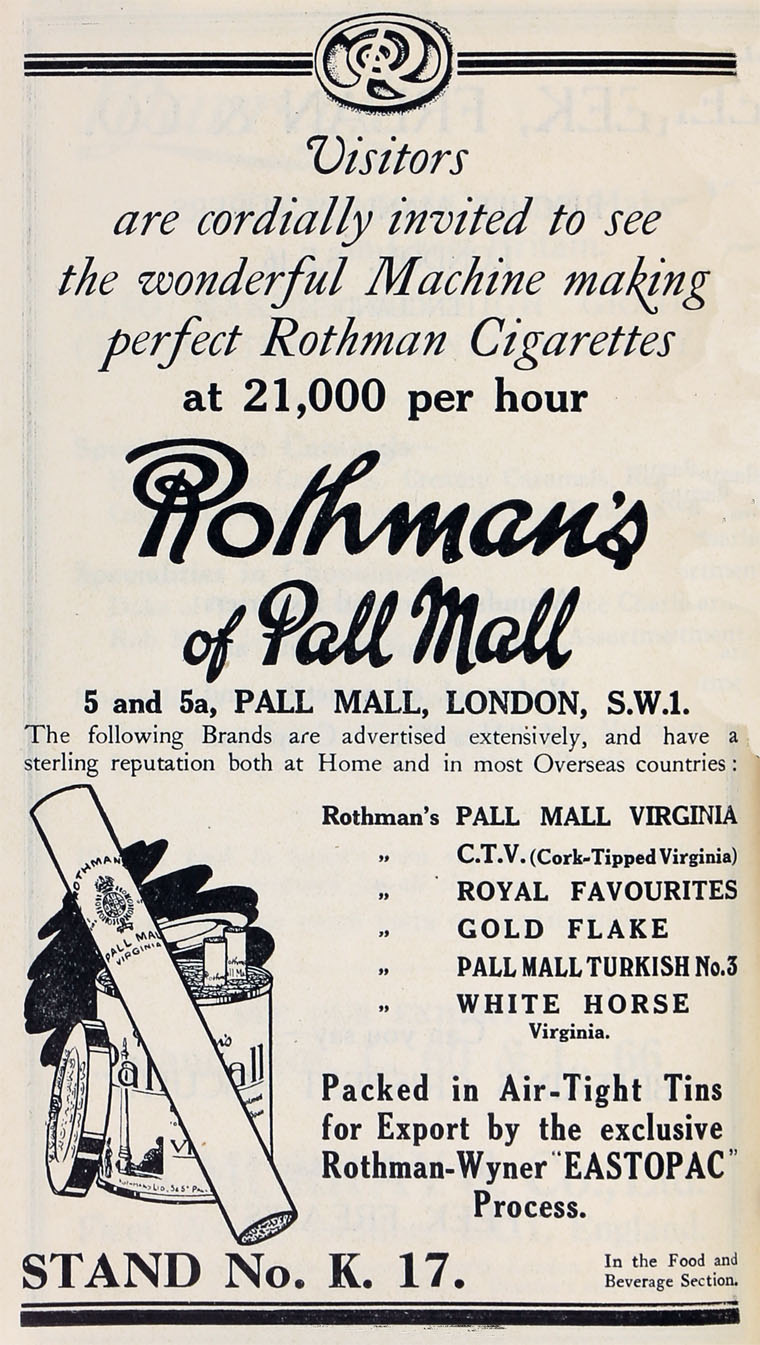 1890 A tobacco company was founded by Louis Rothman.

1929 Rothman's was traded on the stock market.

1996 Rembrandt Group and Richemont merged their tobacco business under the Rothmans International name.