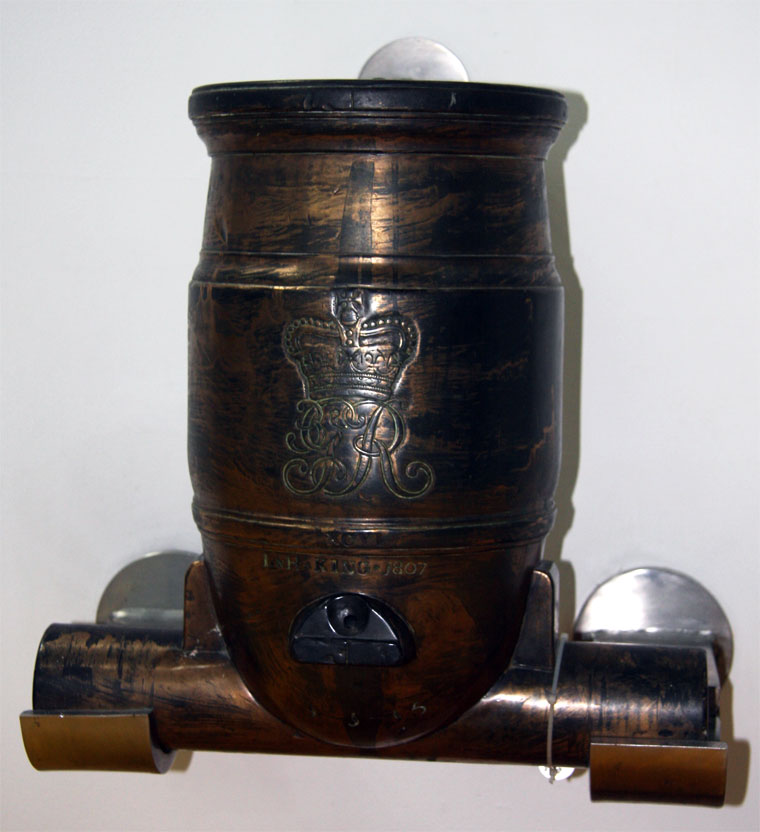 1807. Cannon by King. Exhibit at the Royal Armouries Museum, Leeds‎.

1795. Cannon by King. Exhibit at the Royal Armouries Museum, Leeds‎.

1795. Cannon by King. Exhibit at the Royal Armouries Museum, Leeds‎. 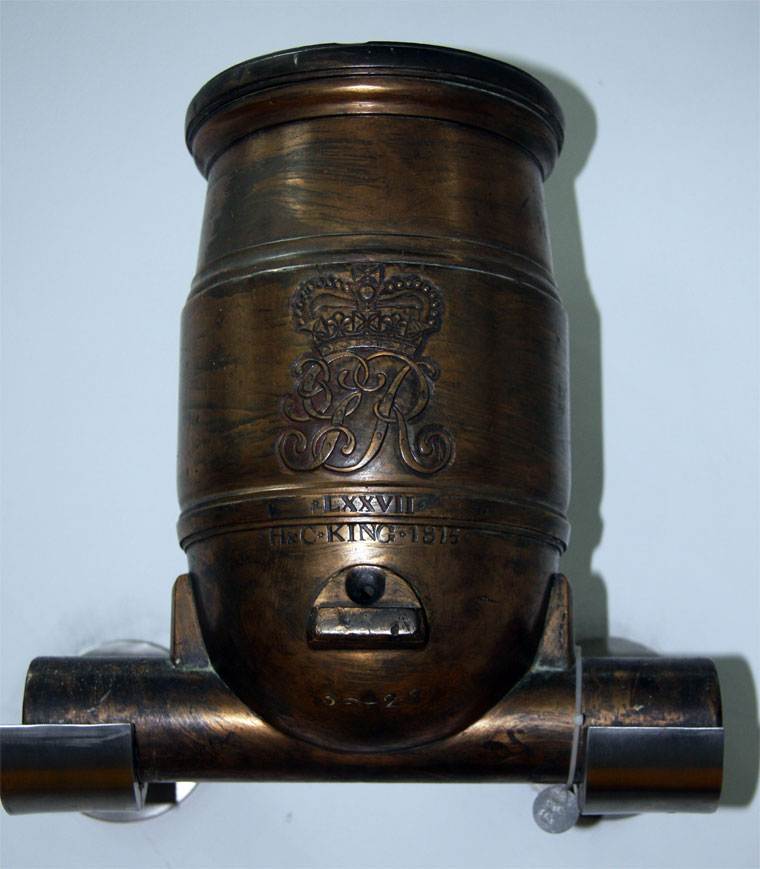 1815. Cannon by King. Exhibit at the Royal Armouries Museum, Leeds‎.

The Royal Brass Gun Foundry was part of the Woolwich Arsenal complex.

It was built in 1717, probably by Sir John Vanbrugh in response to a fatal explosion in a private contractor's London foundry during the pouring process. This foundry at Windmill Hill in Moorefields in modern London was melting captured French guns, then pouring the metal into moulds, which were damp and exploded, killing Mathew Bagley, the founder, and others, and injuring several important visitors.

Andrew Schalch, who had worked at the famous French foundry at Douai, was the first Master Founder and managed the foundry until 1770 at which time he was over seventy years old

The brothers Henry and John King were first employed at the Royal Brass Foundry at Woolwich prior to 1770, when Andrew Schalch (1692-1776) was Master Founder there. Schalch retired in 1770 and was replaced by John Verbruggen (1712-1782) and Peter Verbruggen (1734-1786), a father-and-son partnership from the United Provinces of the Netherlands who were joint Master Founders at Woolwich and who are believed to have thought highly of the skills of Henry and John King.

On Peter Verbruggen's death in 1786, the Mastership of the Royal Brass Foundry notionally passed to Frederick Groves but control was exercised over the Foundry by John King.

In 1789, John King was appointed Foreman of the Foundry and his brother, Henry, appointed Assistant Foreman. At the same time, John King is believed to have successfully applied for his son, Cornelius, to be appointed to the post of Assistant Moulder (moulders were responsible for the artistic, and often heraldic, decoration cast into cannon barrels).

The outbreak of Britain's war with Revolutionary France in 1793 galvanised production at Woolwich and the production of cannon increased considerably.

1805 The Royal Gun Factory was renamed the Royal Arsenal

John King died in office in 1813 and his brother Henry was promoted to Master Founder, with Cornelius being promoted to Assistant Founder simultaneously.

The partnership of Henry and Cornelius King continued at the Royal Brass Foundry until Henry's retirement in 1818 (coincidentally, the same year that Lord Mulgrave retired as Master General)

Cornelius continued at Woolwich as Assistant Founder until retiring in 1822.