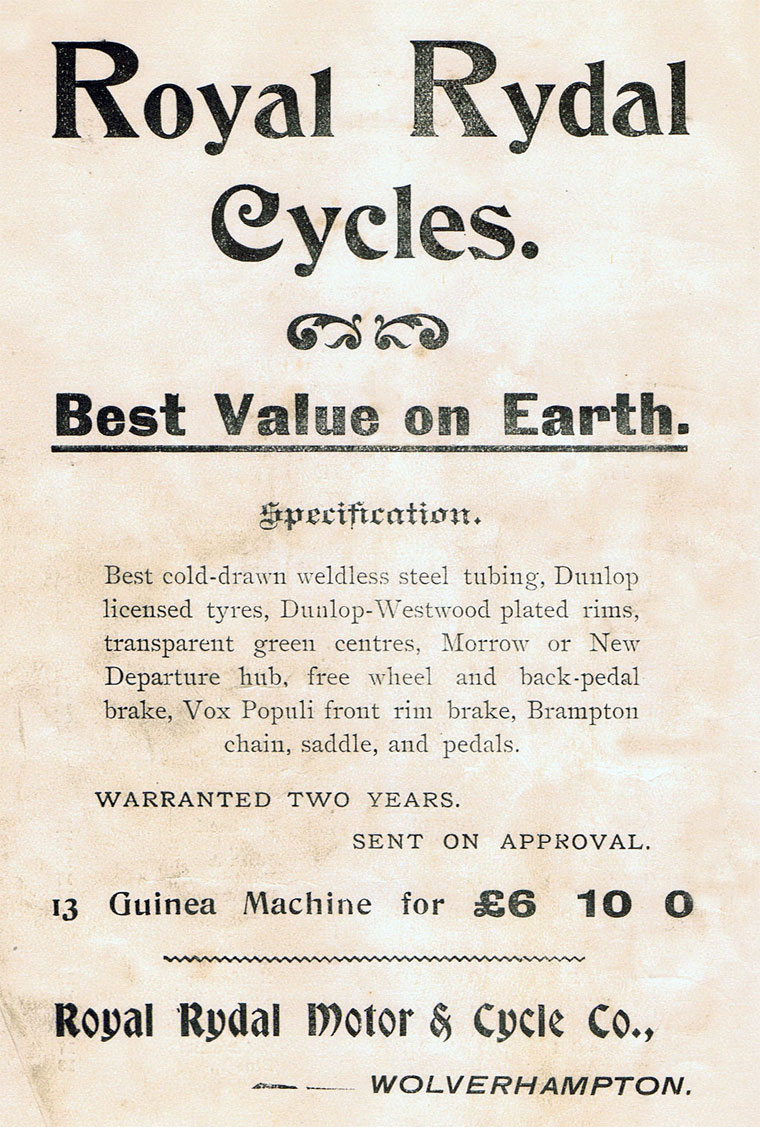 The Royal Rydal was a motorcycle produced between 1903 and 1904.

The producers of this marque once built pedal cycles as well as motor bicycles. As they already constructed the former at their works, their use of clip-on Minerva engines to produce the latter, worked well. The machines would have been single speed with direct drive.