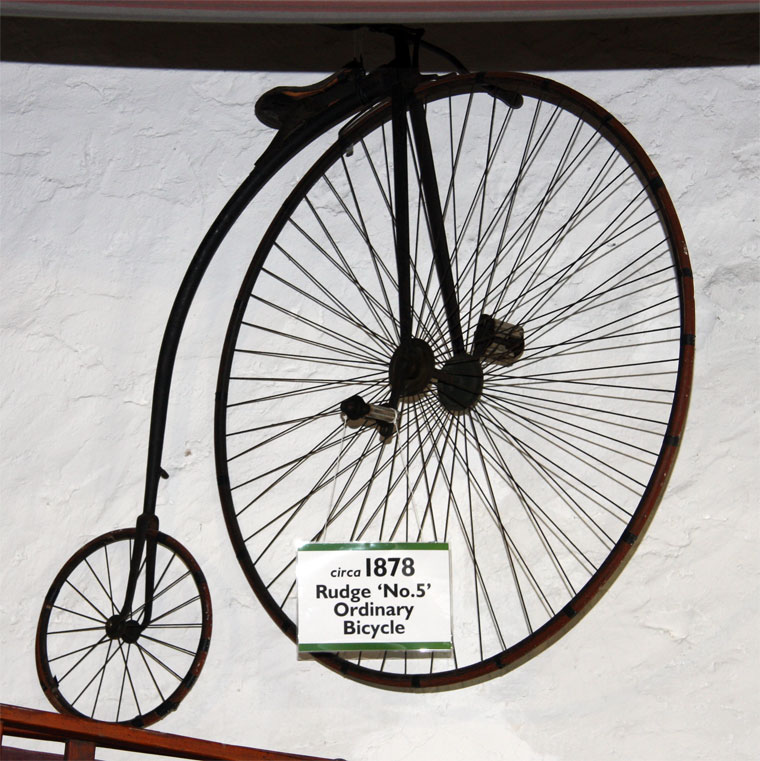 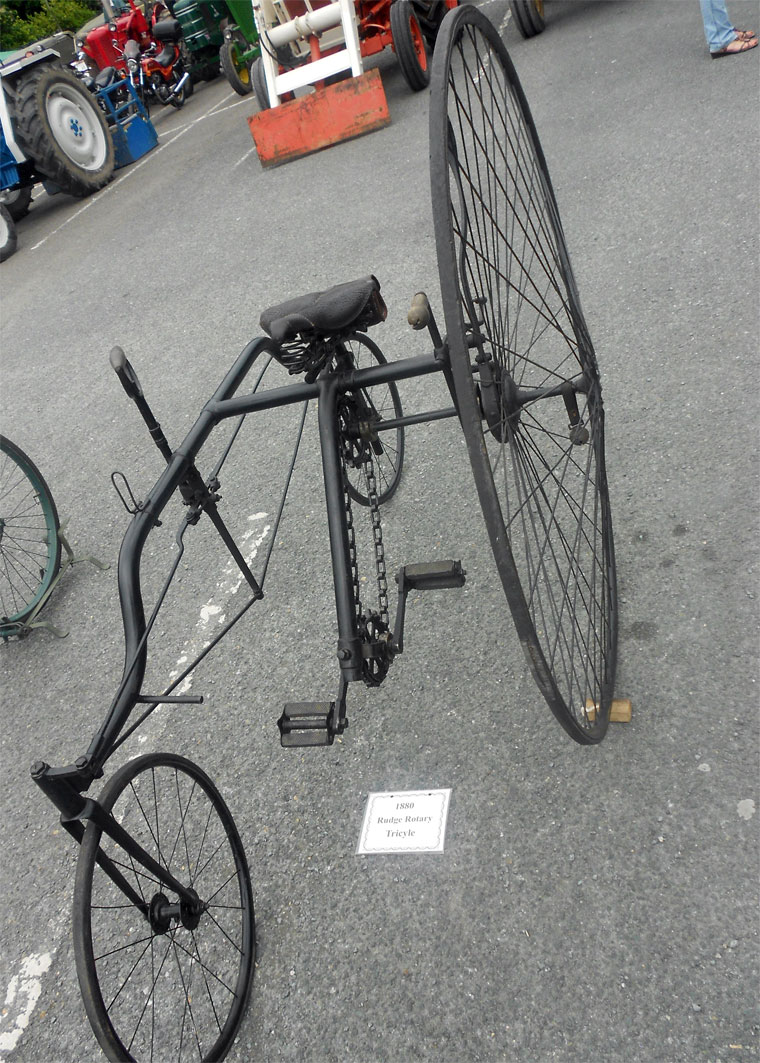 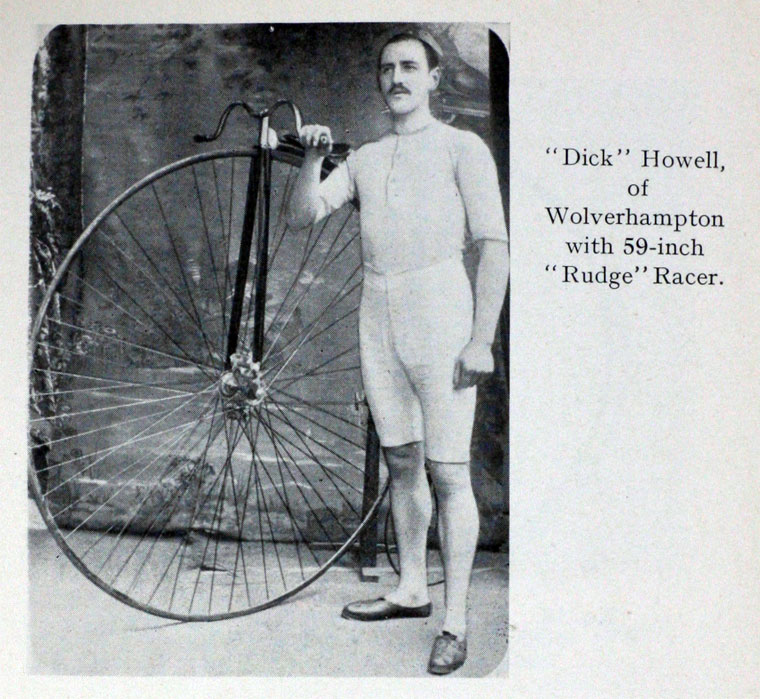 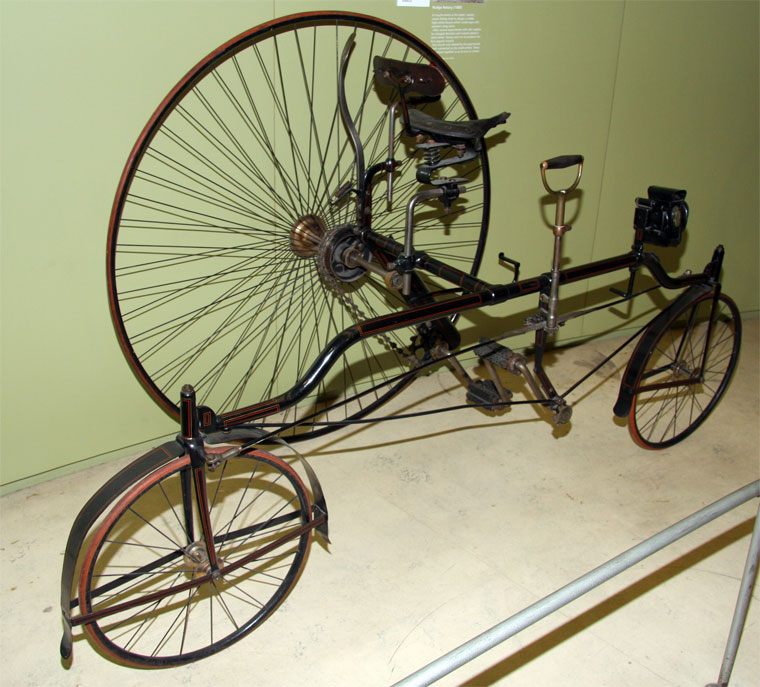 c1885. Rudge Rotary. A tricycle for the ladies' market. Exhibit at Glasgow Museum of Transport.

Rudge Cycle Co, of Coventry and other places.

1887 A public company Rudge Cycle Co was launched to acquire as a going concern Rudge and Co of Coventry, London, Manchester, Liverpool, Newcastle-on-Tyne, Leeds, Edinburgh, Canterbury, Dublin and Paris. It was claimed to be "the principal manufacturing company in the world for cycles of every description". The business had been formed some years ago by the amalgamation of Messrs Rudge, Messrs Haynes and Jefferis and Tangent no. 2 Works. George Woodcock was to retire from active management of the company. Harry Lawson would continue as sales manager and Walter Philips as works manager[1].

1887 The Rudge cross-frame safety was patented and sold as the Rocket.

By 1889 the company was making safety bicycles with diamond pattern frames but with halved tubes for lightness named the Bicyclette. The company produced the Déesse brand for sale in France.

1890 Jan/Feb. The Stanley Exhibition of Cycles at the Crystal Palace. Bicycle illustrated (Rudge and Co). [5]

A Parcels Carrier and Parcels Express were made before 1892 as well as the Roadsculler and Triplet.

1894 The company built the Giraffe safety bicycle, along with J. K. Starley and Co, under licence from Humber