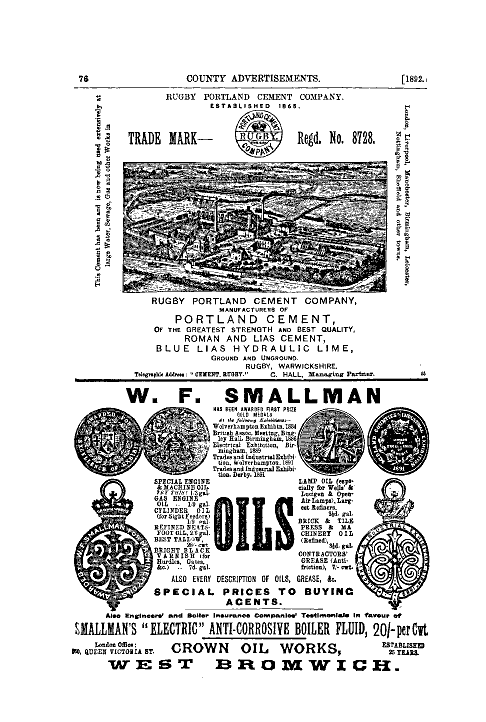 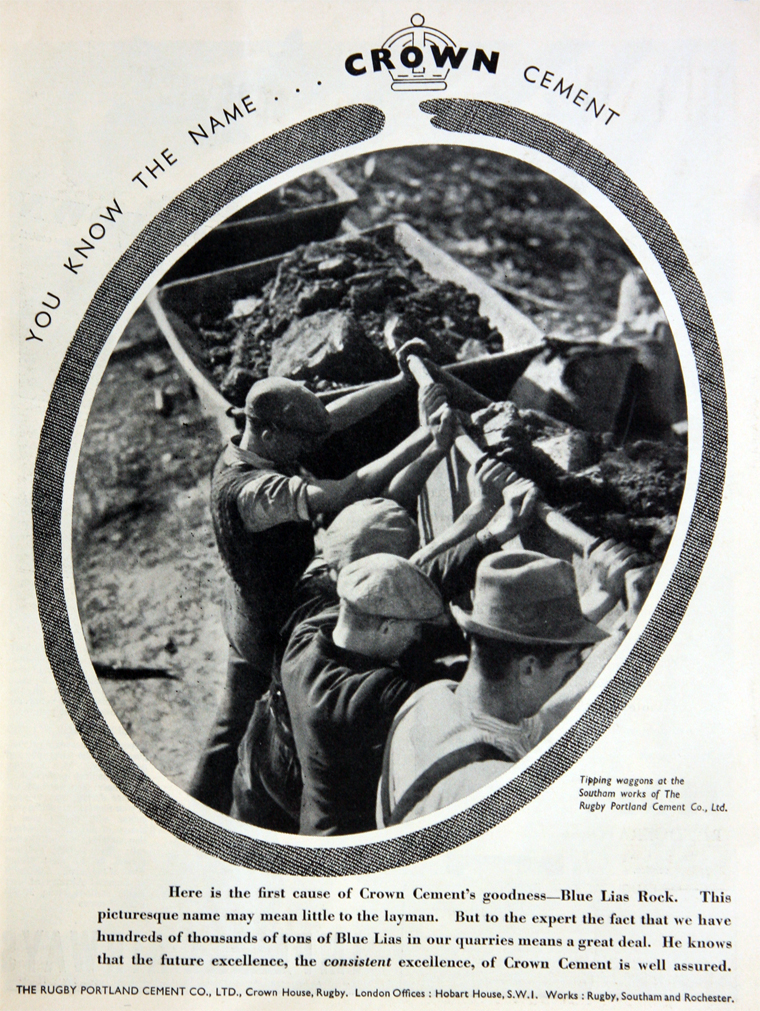 1824 The original company used to produce lime, but was soon producing Crown cement. The company was run as a family concern by Thomas Walker. His son, George Walker opened the Victoria Lime and Stone Co in New Bilton, Rugby.

1876 The company was now trading as the Rugby Portland Cement Co.

c1900 The thriving company began to initiate stricter quality controls, especially with the adoption of the so-called Portland cement method.

1925 After 100 years of existence, the company formally incorporated as the Rugby Portland Cement Company.

1935 Sir Halford Reddish was appointed as the company's managing director. Reddish was chiefly responsible for building Rugby Cement into a full-fledged corporation, expanding operations beyond its Warwickshire base. As construction turned from brick to cement and steel, the Rugby Cement Company was able to grow into one of the United Kingdom's largest cement producers.

1970 Rugby was producing 2.5 million tons of cement per year.

1980s Rugby had branched out from its Portland cement base at the beginning of the century to offer a wide variety of cement types.

1984 Rugby bought the Addison Corporation, based in Atlanta, Georgia.

1996 Rugby added to the division's product versatility with the acquisition of Lytag, a producer of lightweight aggregates, sports surfaces, and other lightweight cement products.

2000 The company was aquired by RMC Group, a ready mixed concrete supplier since 1930.