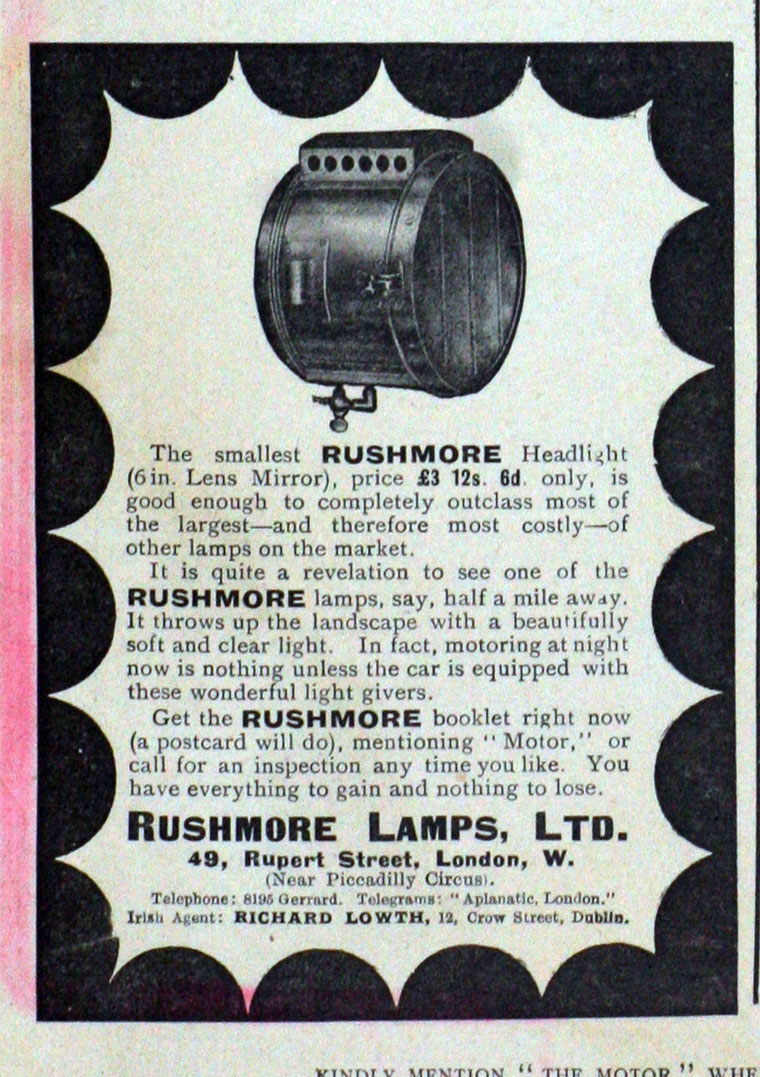 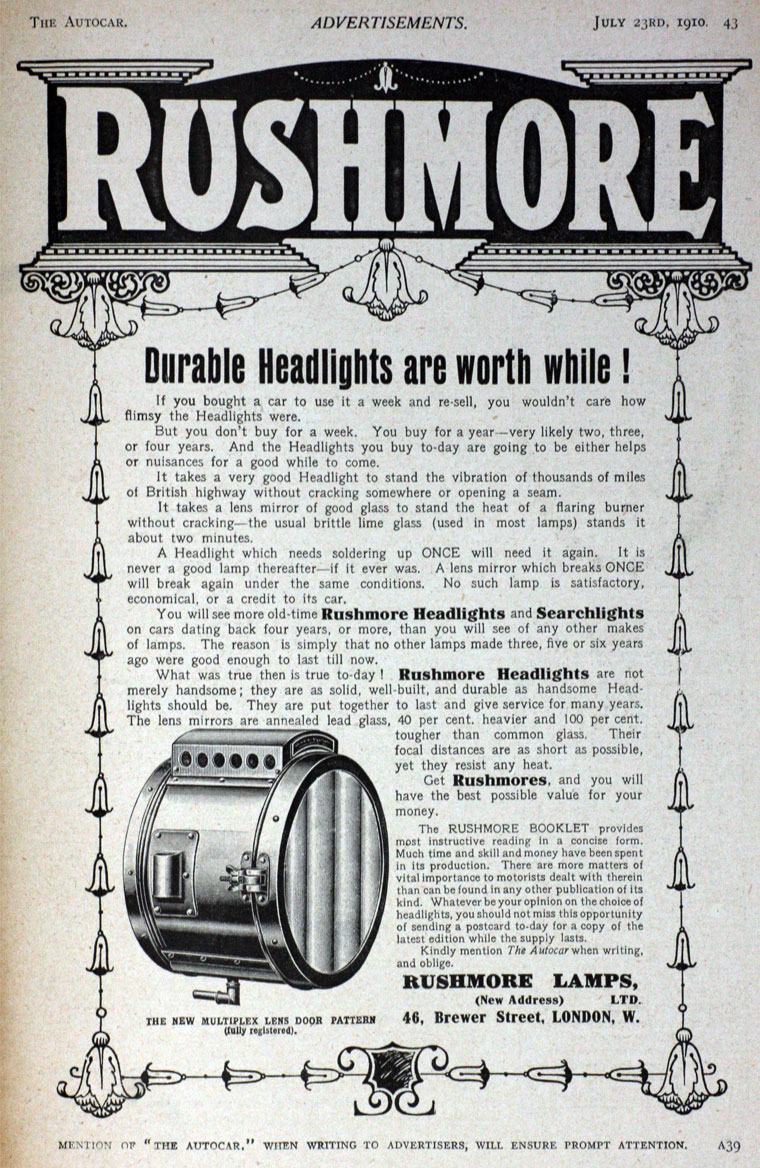 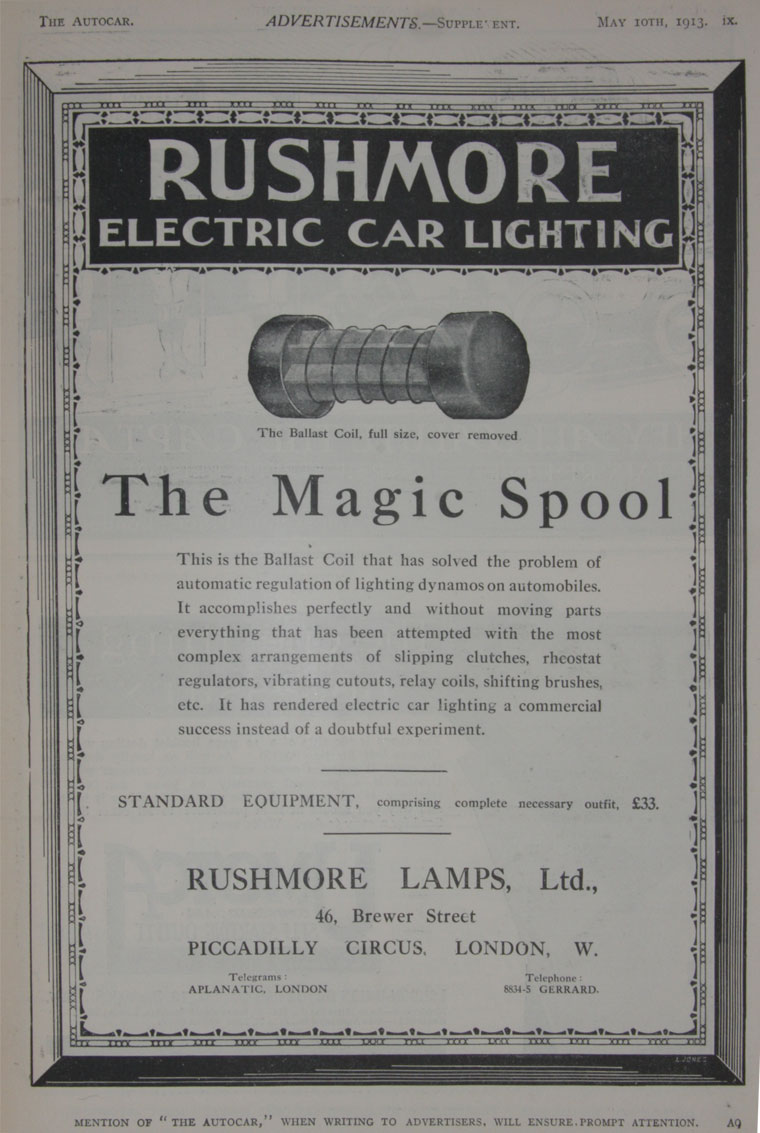 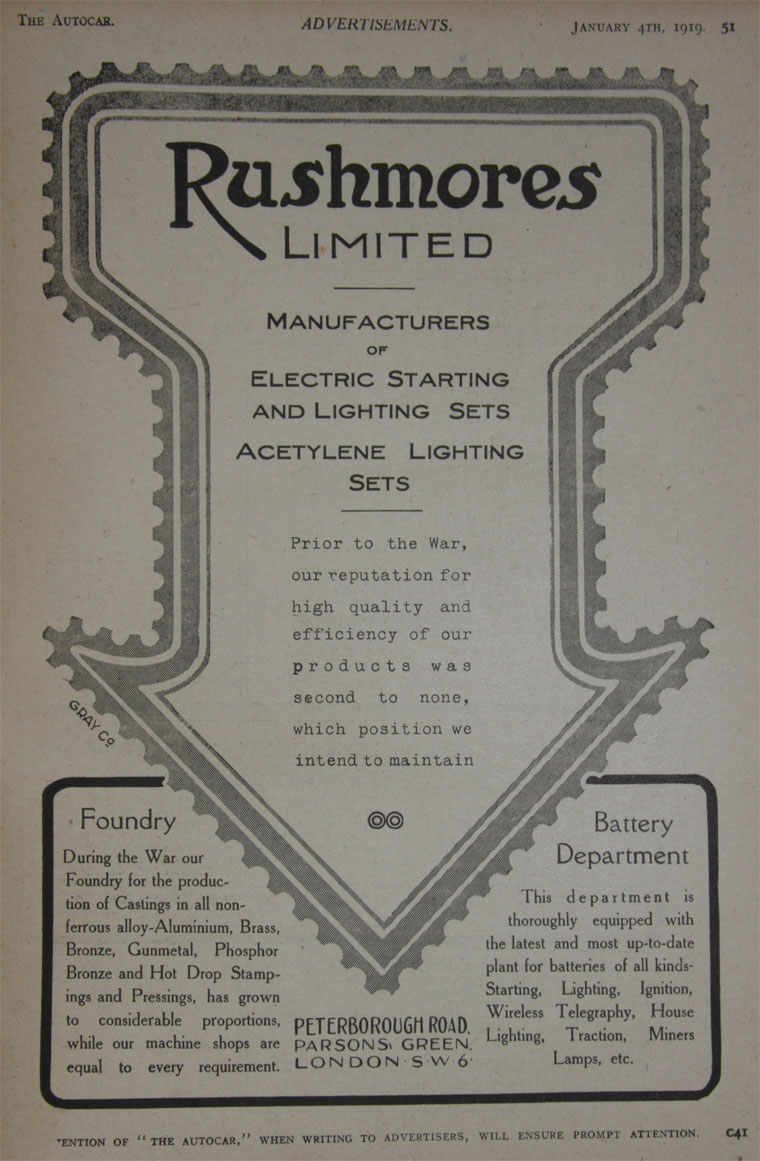 1913 April. Advert for a current limited for electric car lighting.[1]

1919 January. Advert as Rushmores Ltd of Peterborough Road, Parson's Green, London as manufacturers of Electric Starting and Lighting Sets and Acetylene lighting Sets. Mentions their foundry work during the war.[3]

1919 Harper Bean was formed as a public company to bring together a number of interests in car manufacturing, including all of the shares in Rushmores (1919) Ltd[4].

1921 Inefficiencies in the way that Harper Bean organised its affairs meant that Rushmores were starved of orders, so stock had to be liquidated but it was hoped to use the foundry for automotive components. Jigs Ltd, which had been a design company without works, was now installed at Rushmores[5].

1922 Company wound up. 'In the Matter of RUSHMORES' (1919) Limited.....that the Company be wound up voluntarily; and that Thomas Dowle Addis, of 26A, Peterborough-road, Parsons Green, in the county of London, be and he is hereby appointed Liquidator...'[6]