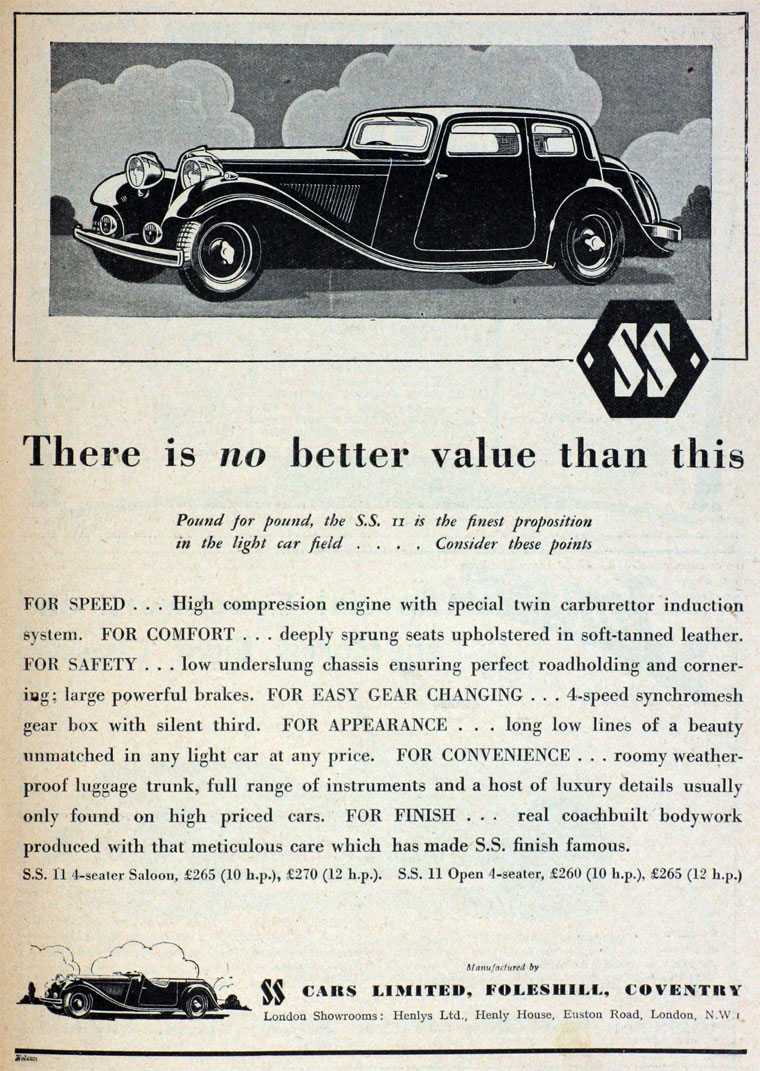 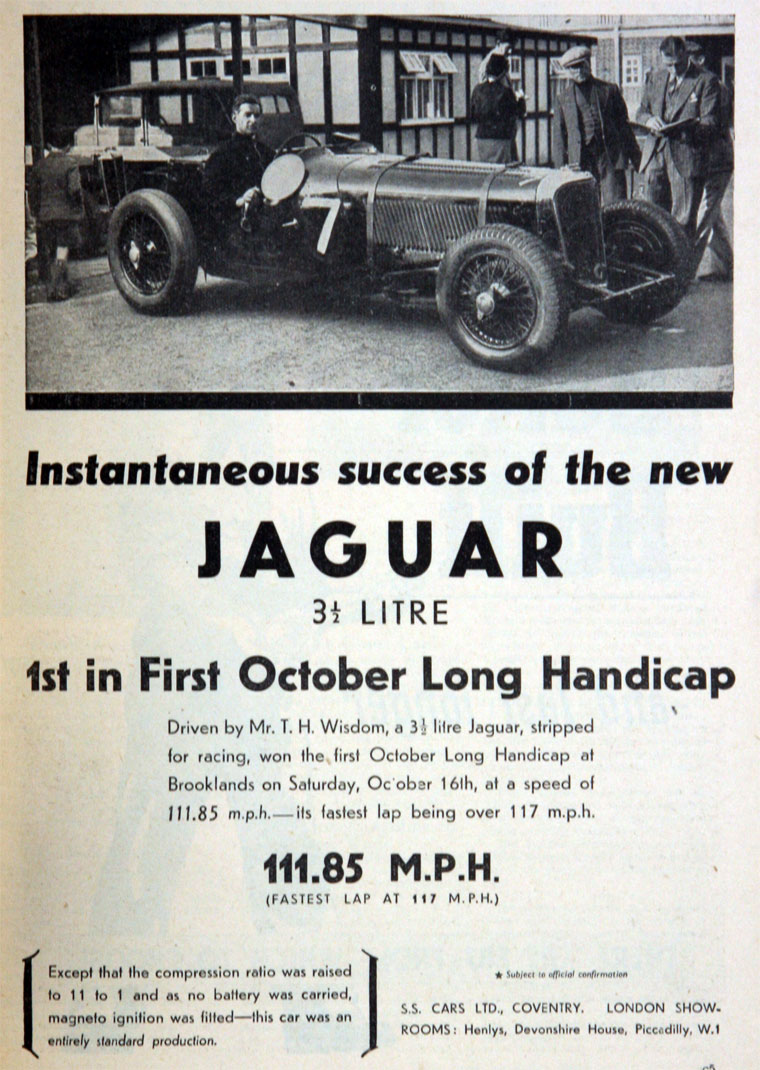 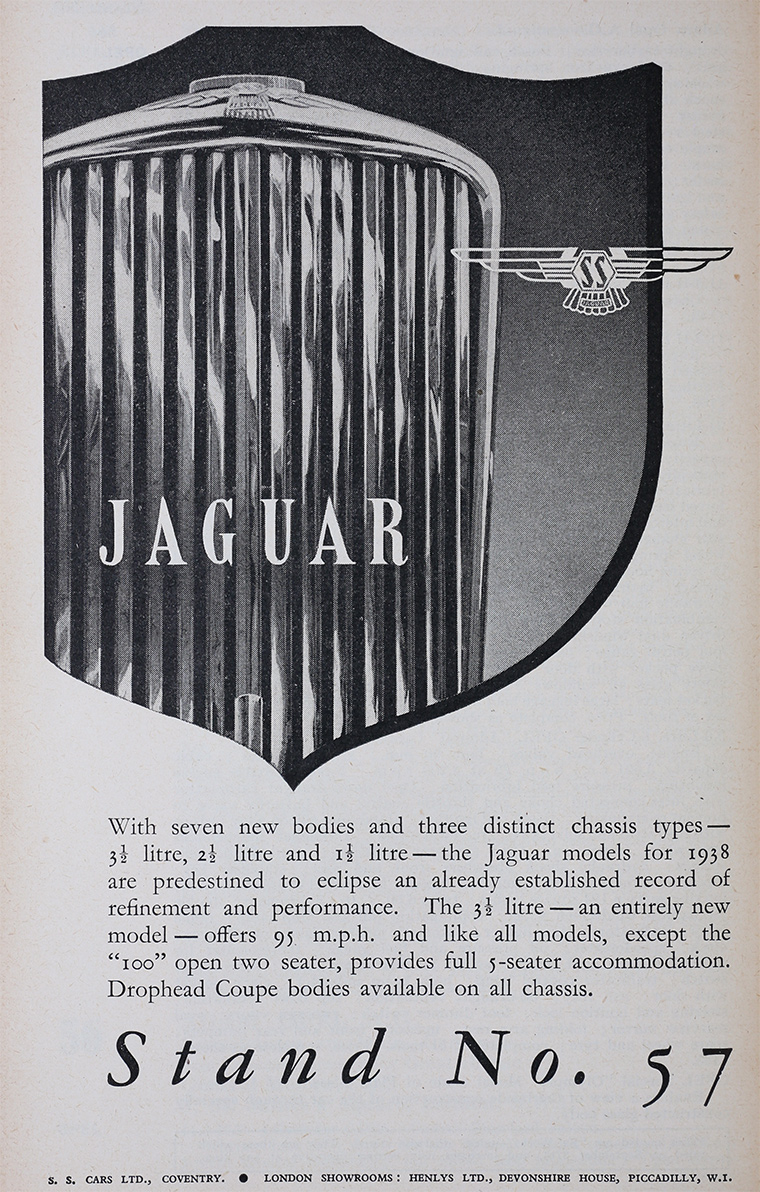 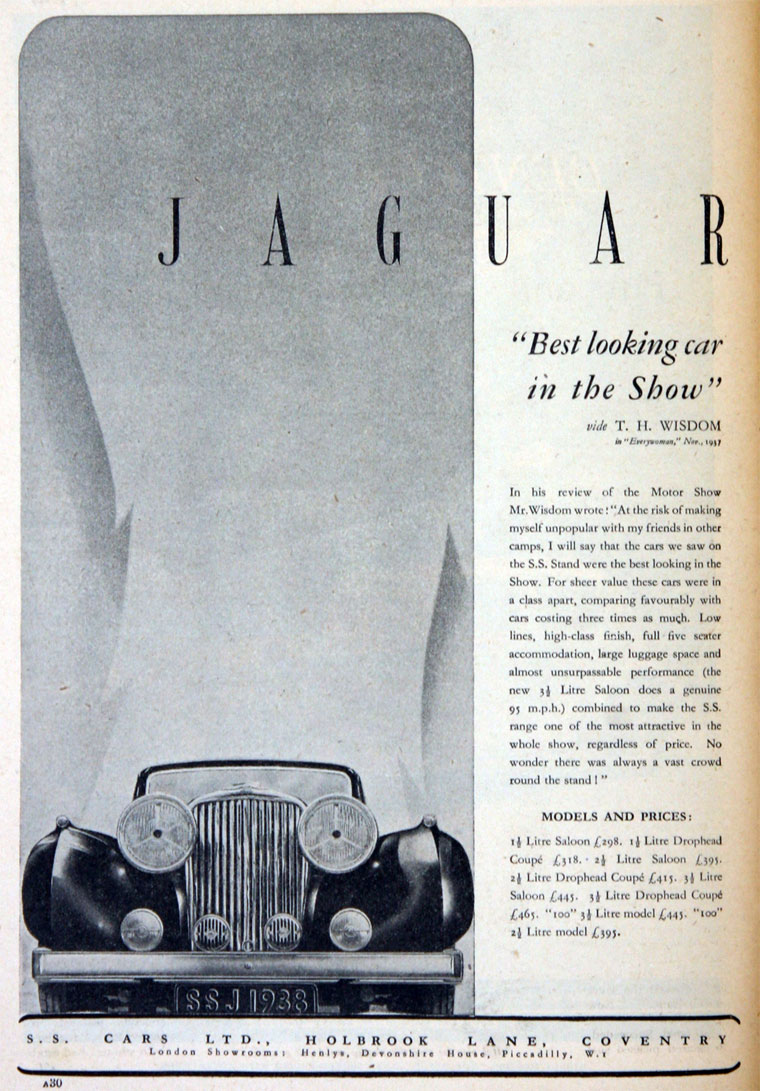 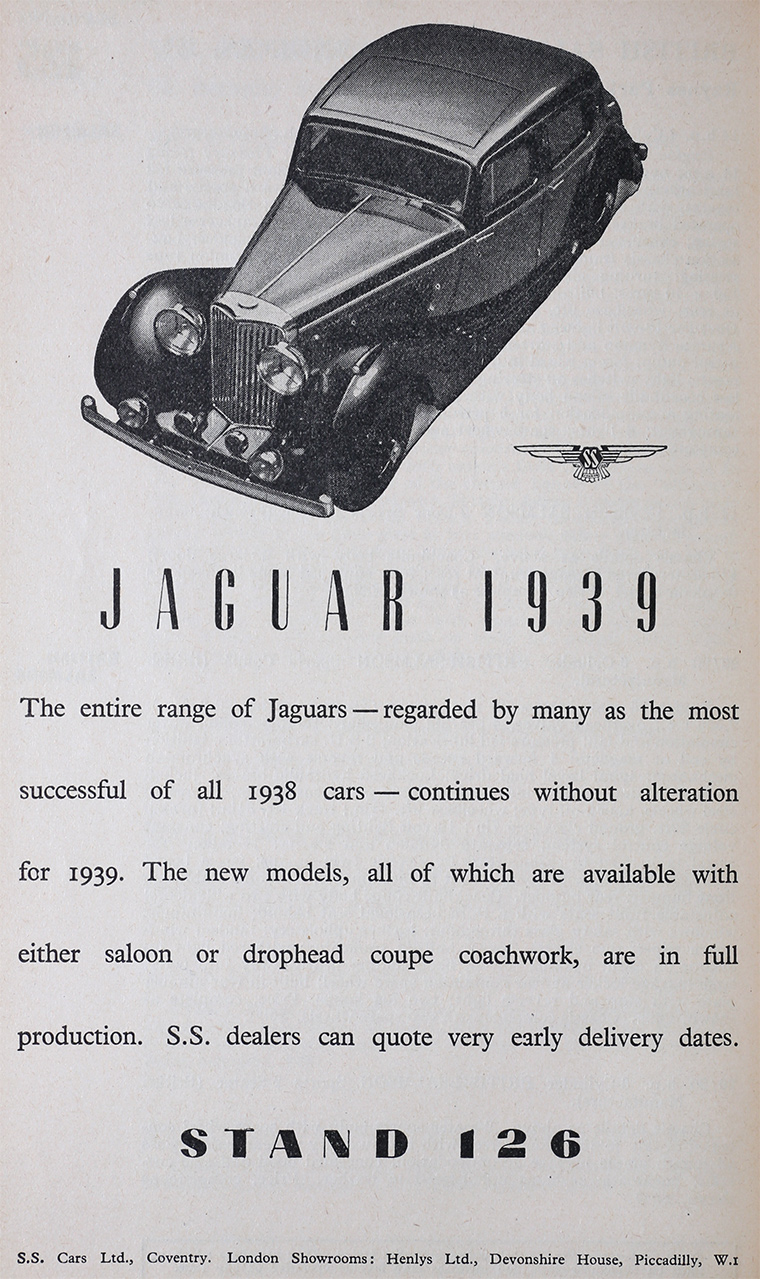 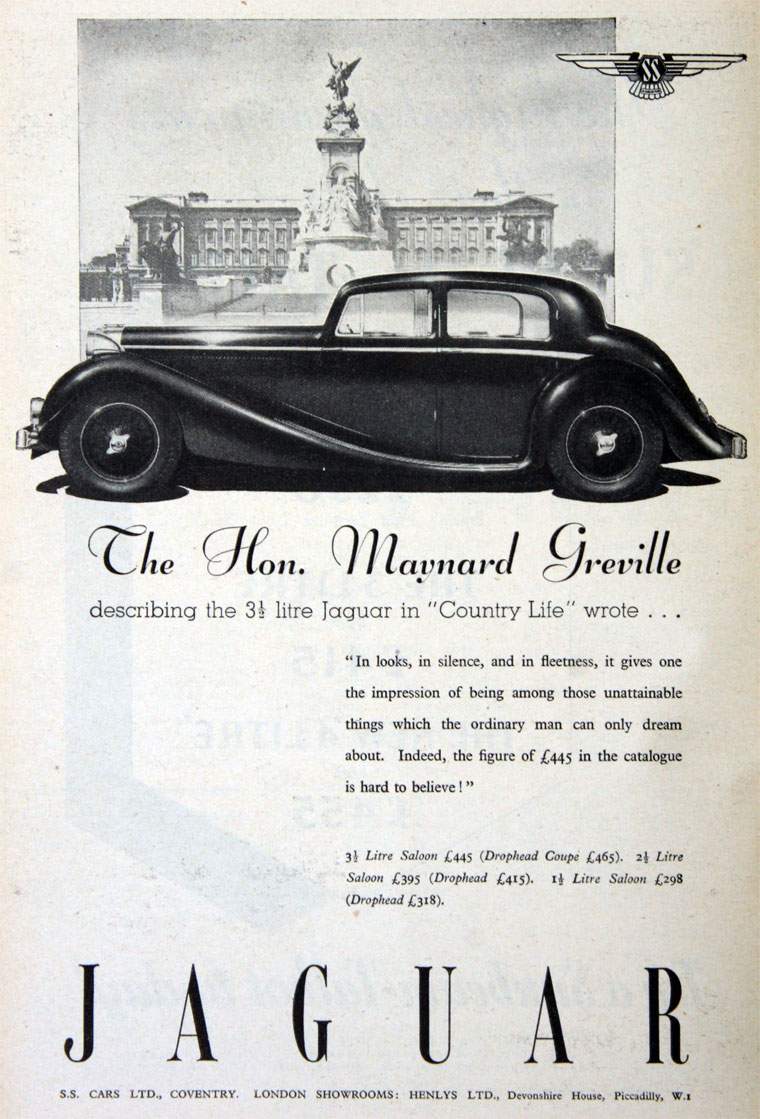 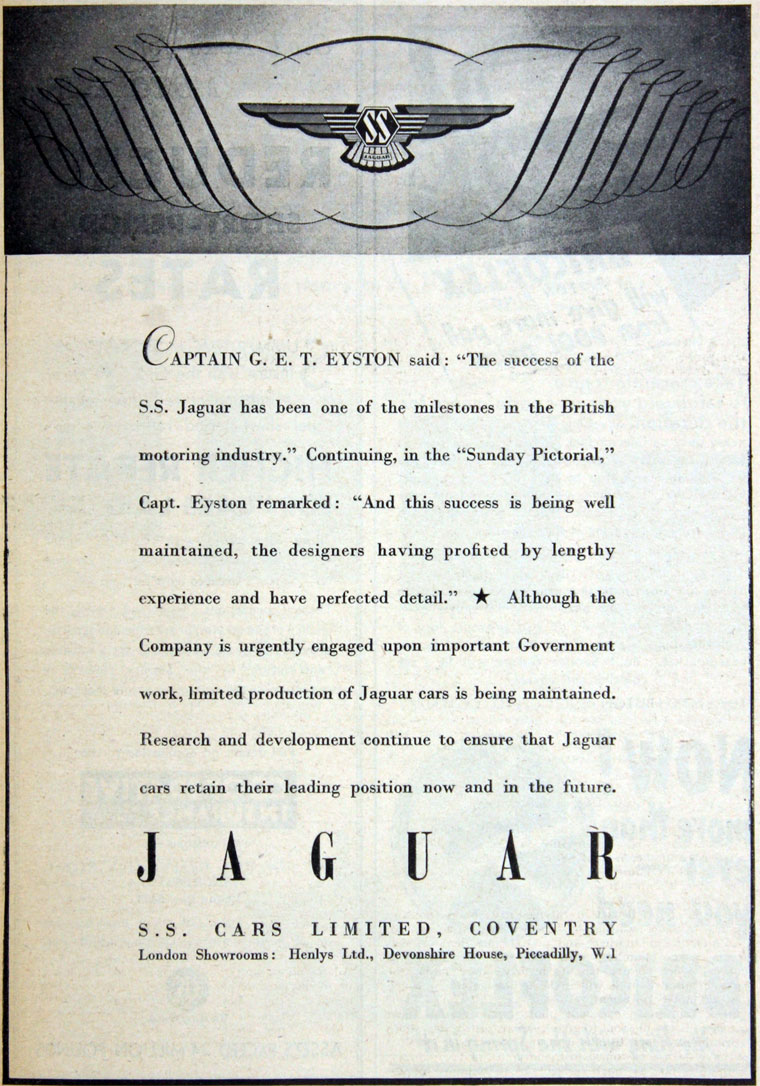 1935 Public company, shares launched on the London Stock Exchange. The company acquired the business previously carried on by Swallow, producing the S. S. car as well as the Swallow motorcycle sidecar. Business had doubled in the past 6 months[3].

1935 Introduction of the Jaguar name for the cars[4]

1945 The company name was changed to Jaguar because of the unfavourable connotations of the initials "SS" in the war.