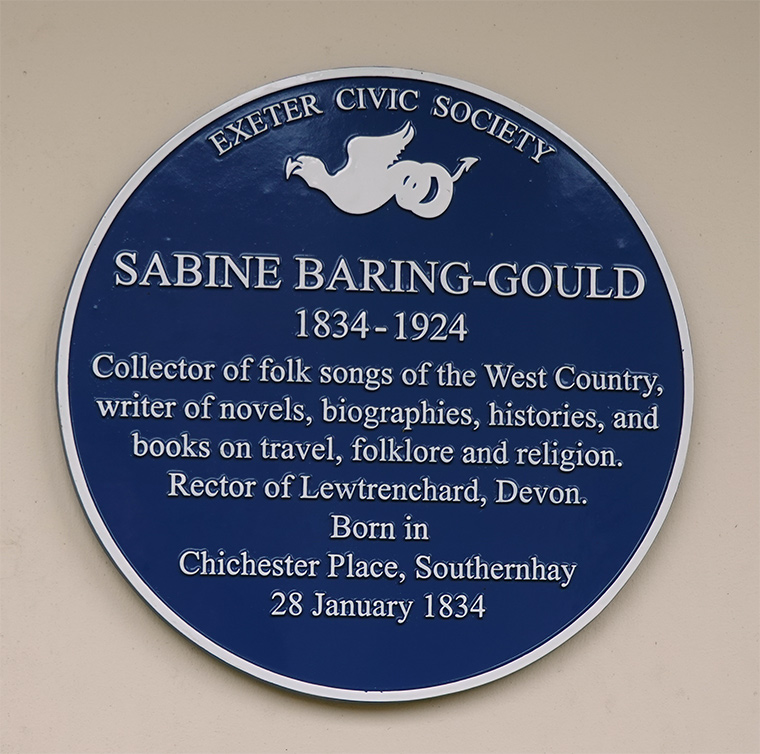 Plaque on No 18 Southernhay East, Exeter for Sabine Baring-Gould. Image 2021.

Born in the parish of St Sidwell, Exeter, on 28 January 1834.[3] He was the eldest son and heir of Edward Baring-Gould (1804–1872), lord of the manor of Lew Trenchard, a Justice of the Peace and Deputy Lieutenant of Devon, formerly a lieutenant in the Madras Light Cavalry (resigned 1830), by his first wife, Sophia Charlotte Bond, daughter of Admiral Francis Godolphin Bond, Royal Navy

Baring-Gould regarded his principal achievement to be the collection of folk songs that he made with the help of the ordinary people of Devon and Cornwall. His first book of songs, Songs and Ballads of the West (1889–91), was published in four parts between 1889 and 1891. The musical editor for this collection was Henry Fleetwood Sheppard, though some of the songs included were noted by Baring-Gould's other collaborator Frederick Bussell.