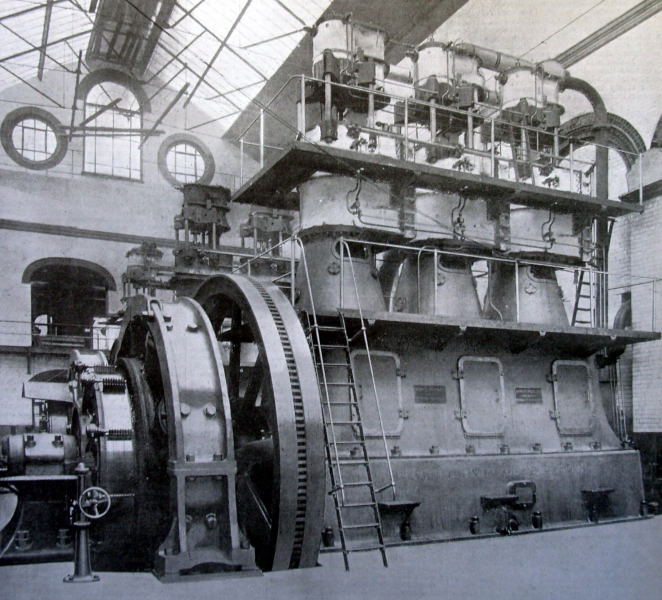 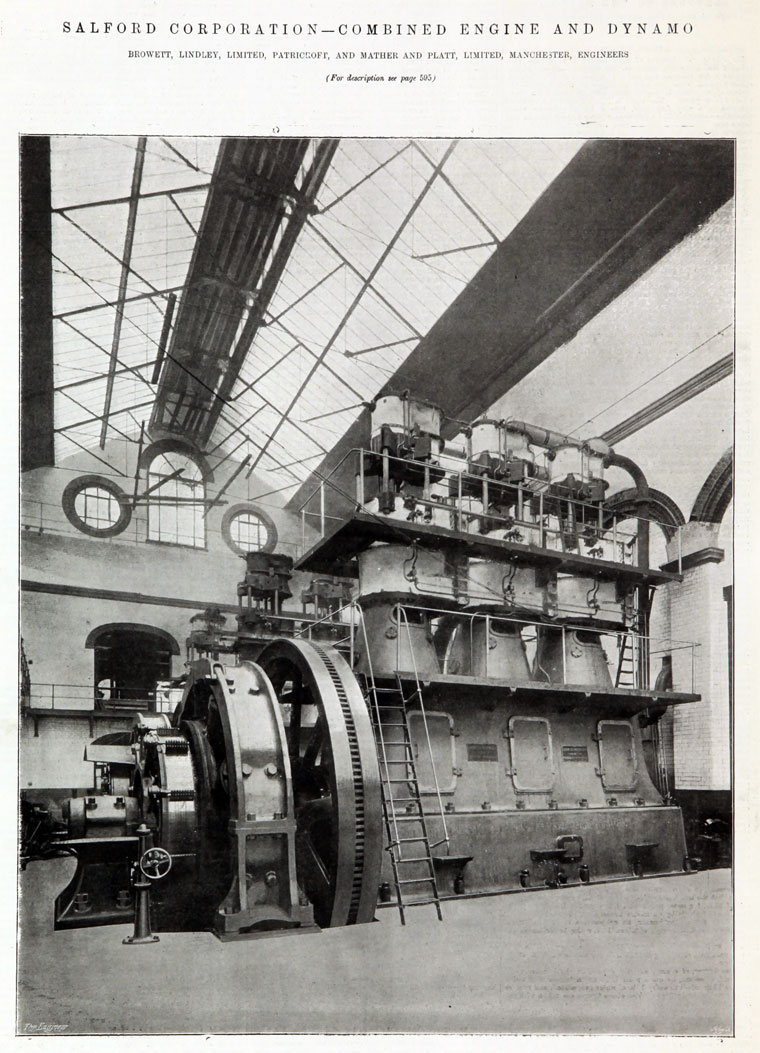 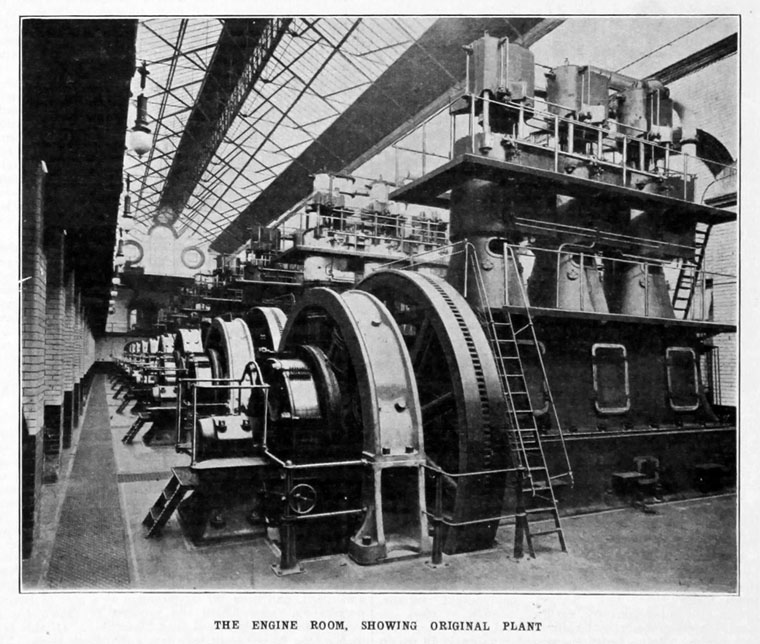 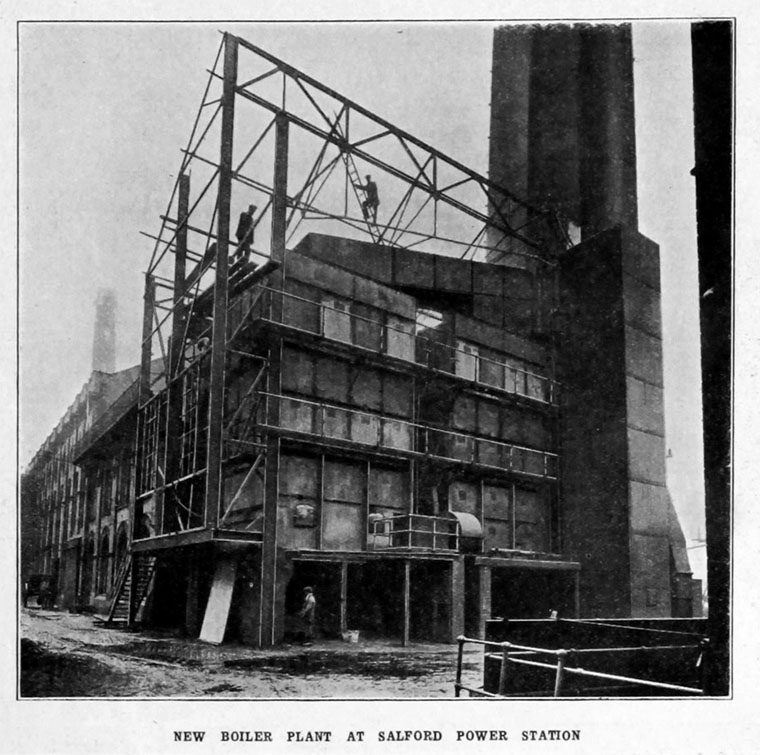 1902 In order to power the new electric tramways, Salford Corporation built a new power station in Frederick Road equipped with a number of engine-generators . The engines were made by Browett, Lindley and Co; the dynamos were made by Mather and Platt Ltd; total capacity was 6400kW, supplemented by two storage batteries. Another 1000kW generating capacity and more batteries were added later.

1914 After some prevarication, the Corporation accepted the advice of its new engineer, J. A. Robertson, and ordered a new 5000kW generating set which was delivered within 19 weeks.

"The Mayor of Salford (Alderman Worsley) yesterday inaugurated a new departure by the Salford Corporation when he started a new 5,000 kilowatt steam turbo-generator in the Electricity Works, Frederick-road, Pendleton.

The new generating set, which was constructed by the British Westinghouse Company, is designed not only to meet the immediate increase in the demand for power, and reduce the cost of generation, but to give sufficient time to consider the larger question of an efficient and cheap supply to meet all future requirements for power, lighting, and traction. A second 5,000 kilowatt set is to be installed at the works, to be ready in time for the winter of 1915-16.

It was stated yesterday that the old generators cost £72,000, or £14 per kilowatt, whereas the new set had cost £15,000, or £3 per kilowatt. In addition, the old sets consumed 30lb of steam for every kilowatt, but the new one only took 14.5lb. The advance in modern science was demonstrated by the fact that if the committee could generate by turbine, it would mean a saving of £13,000 a year."

1915 Another set of the same capacity was ordered and installed

1917 A third set, also of 5000kW, consisting of a Willans-Zoelly turbine coupled to a Westinghouse alternator, was installed. This allowed the 8 engine-generator sets to be retired.

By 1918 the Corporation was also buying-in electricity from the Lancashire Power Co and agreed to purchase more from Manchester.