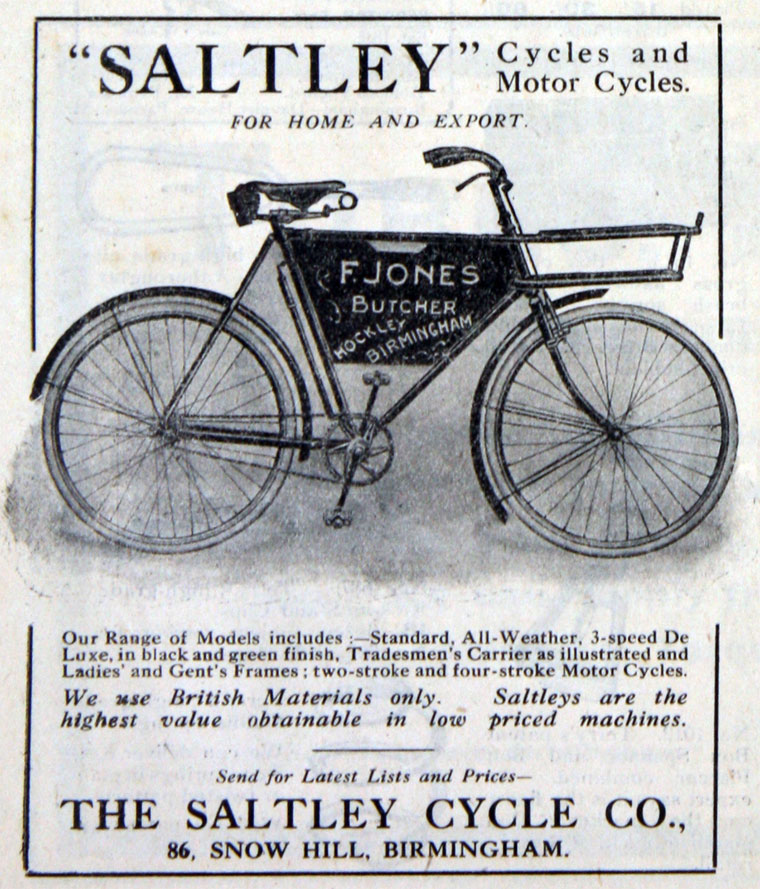 Saltley were motorcycles produced from 1919 to 1925, at Snow Hill, Birmingham. The Saltley Cycle Co made bicycles.

1919 The company that made these machines was originally involved with the cycle trade and entered the powered market with a lightweight powered by a 197 / 269cc Villiers engine, and with a choice of single-speed or two-speed chain-cum-belt transmission.

1925 The range continued and increased again with the addition of 292cc sv JAP and 348cc Blackburne models. After that, the firm went back to pedal power.