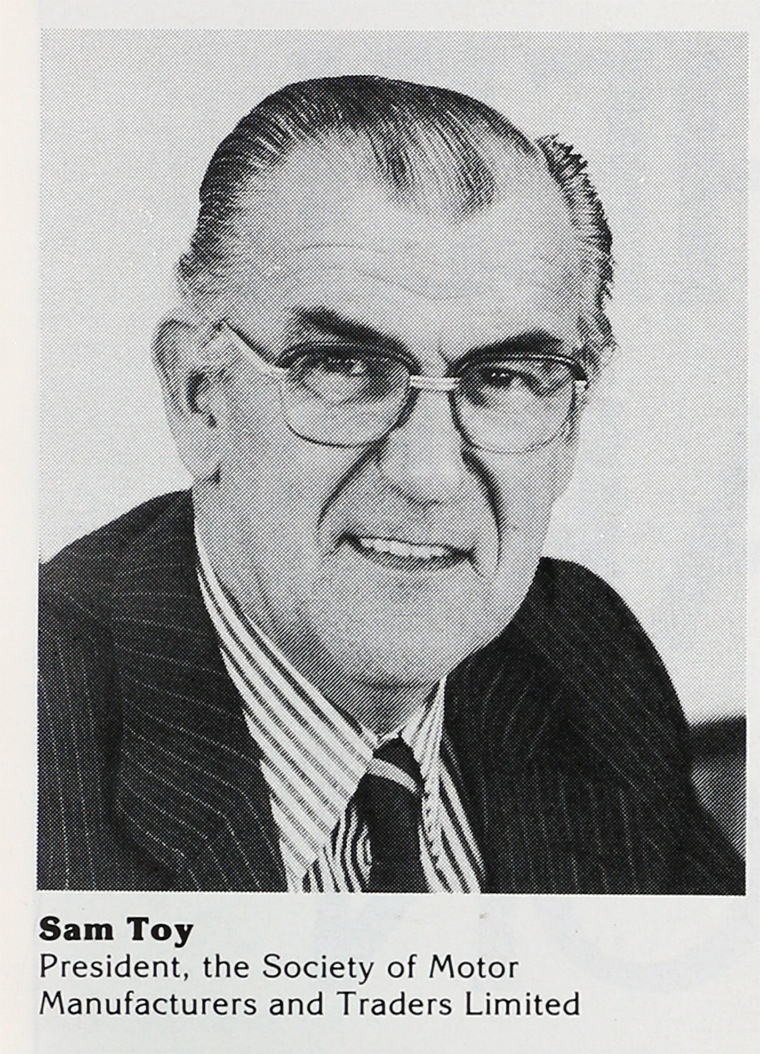 Sam Toy OBE (21 August 1923 in Mabe, Cornwall – 24 March 2008) was an industrialist who was chairman of Ford Motor Co UK from 1980 until 1986. He presided over Ford at a time it faced competition from British Leyland, and saw Ford make their last Cortina. Toy also led Ford UK through the difficult introduction of the Sierra in 1982, the MK3 Granada and the Orion.

After schooling at Falmouth Grammar School, he went to Selwyn College, Cambridge, to read Geography, but his studies were interrupted by the war. He later returned to Cambridge, transferring to Fitzwilliam College. After his retirement, he lived in Hampshire.