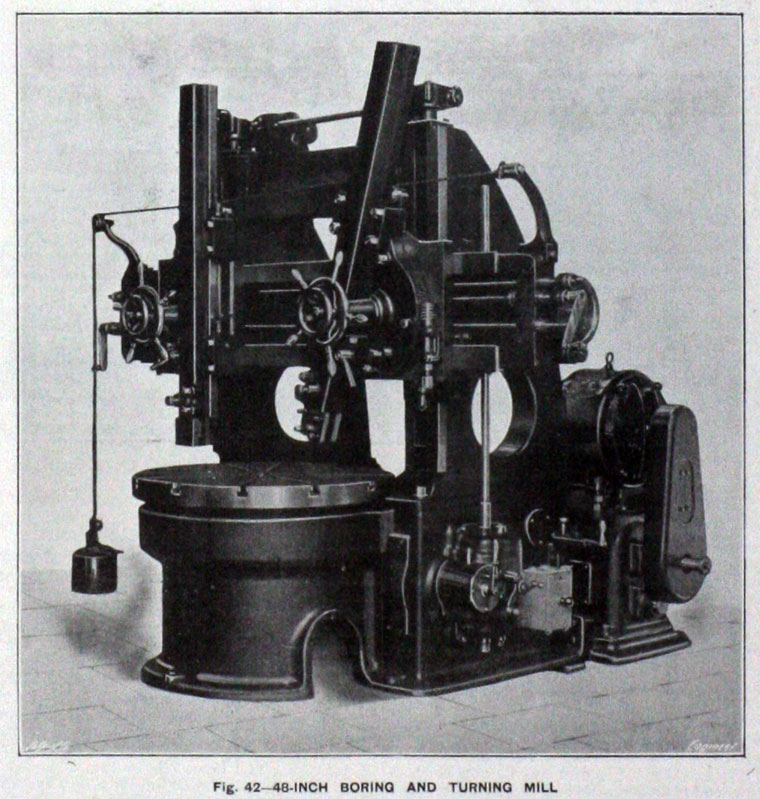 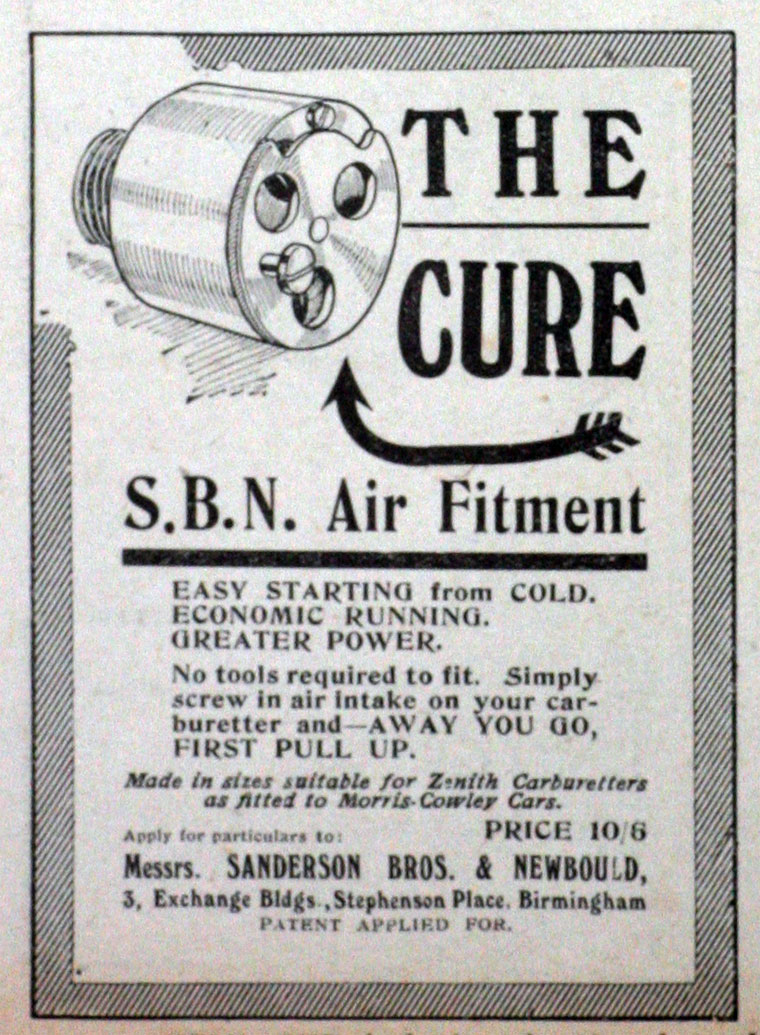 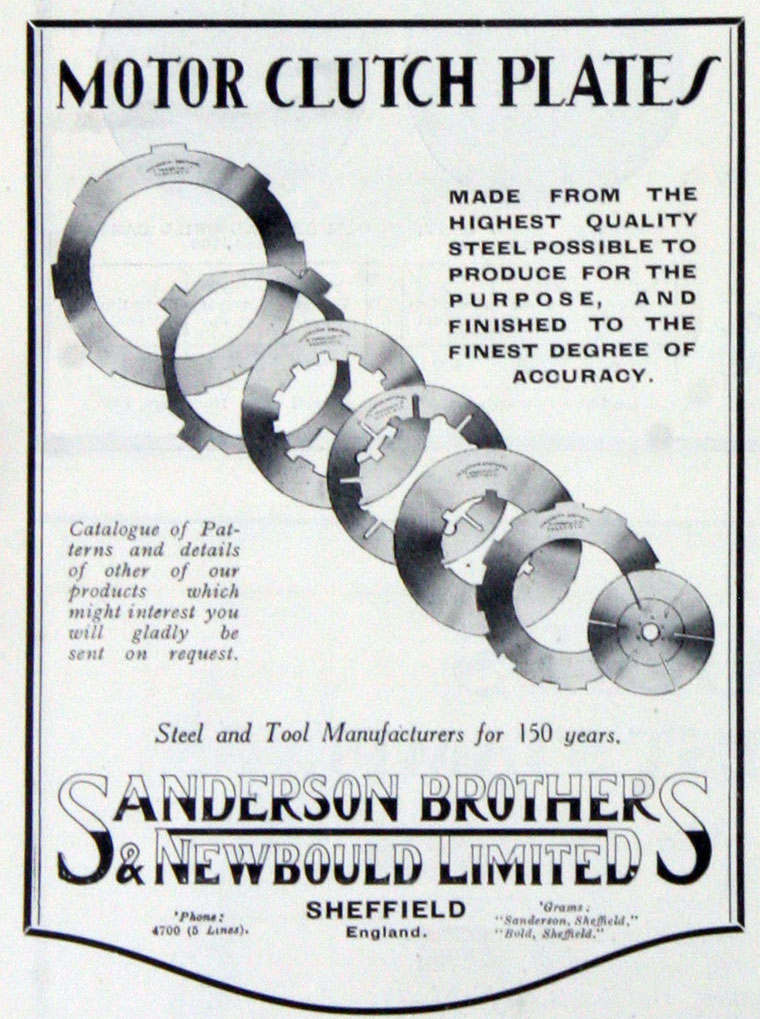 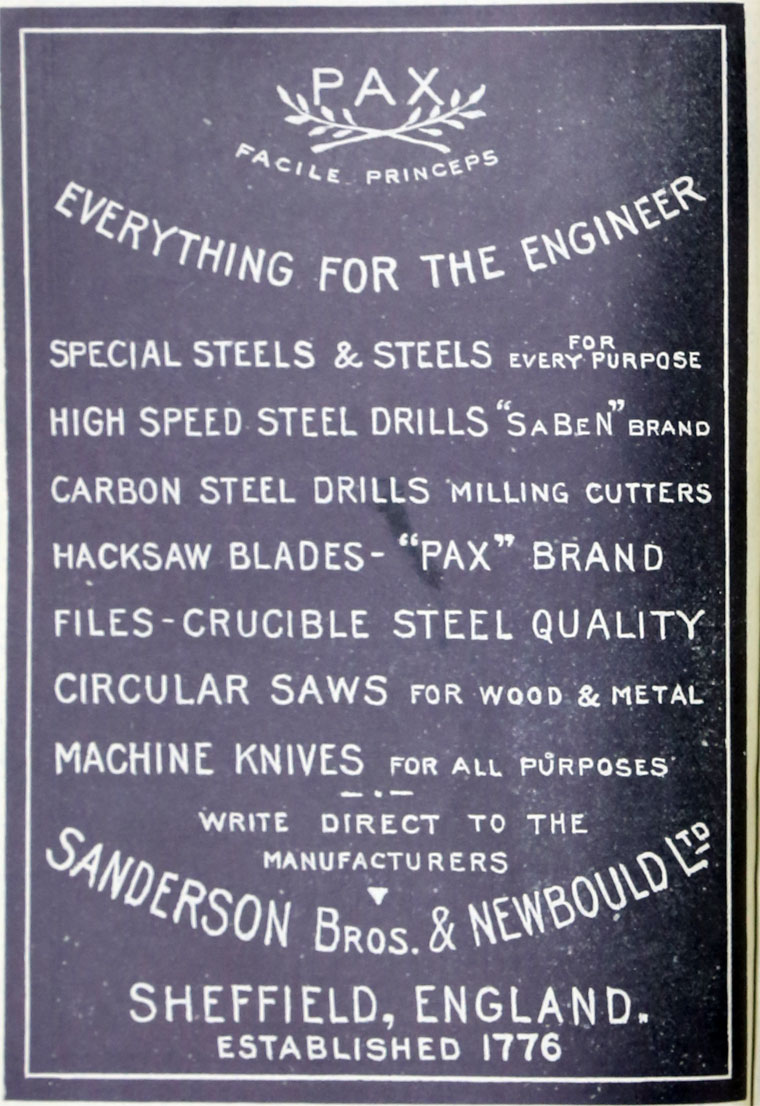 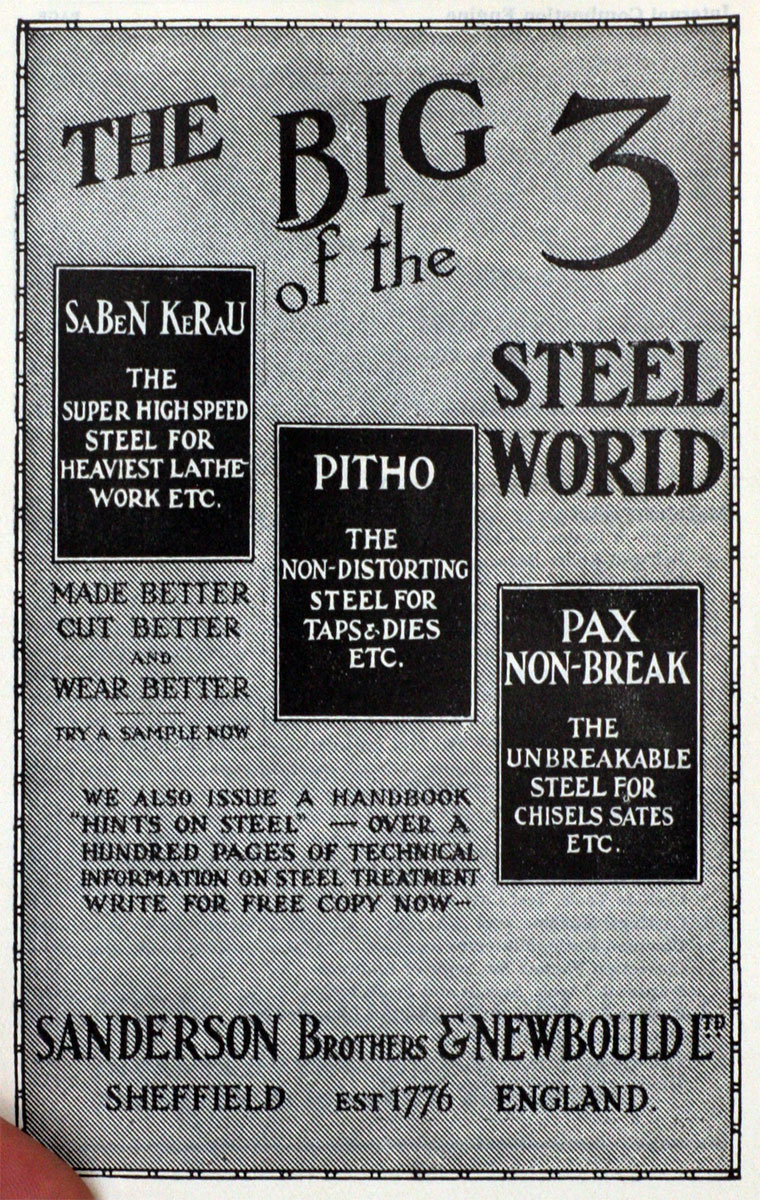 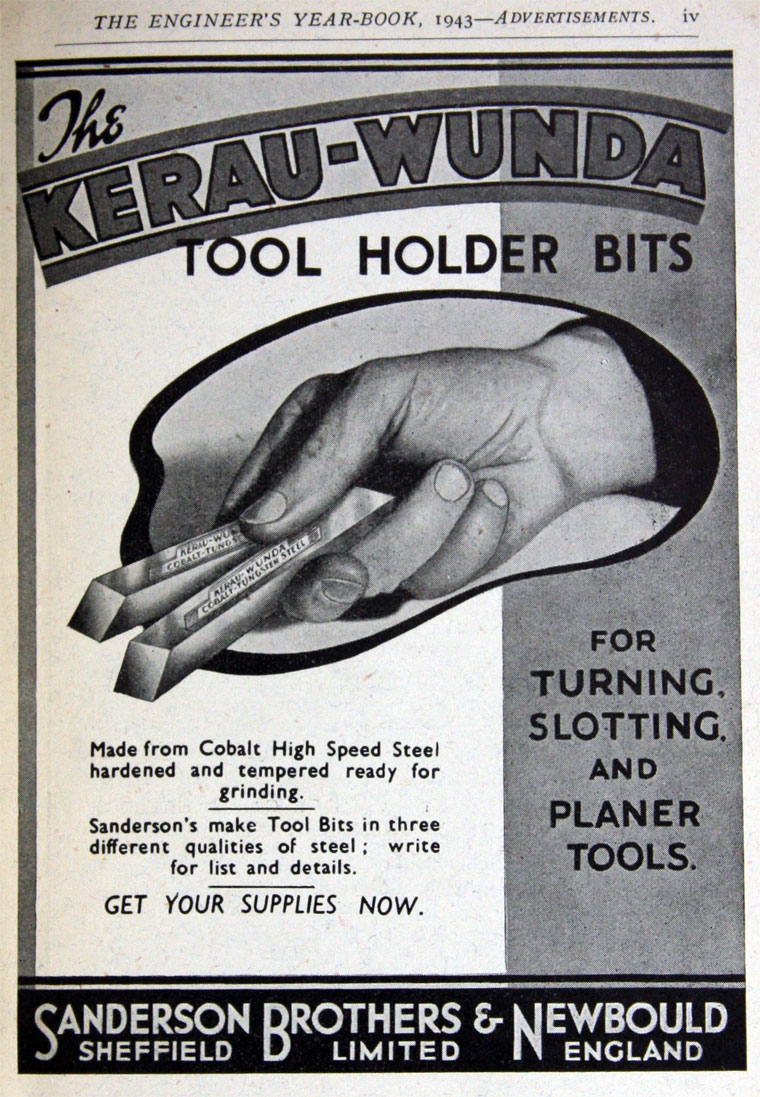 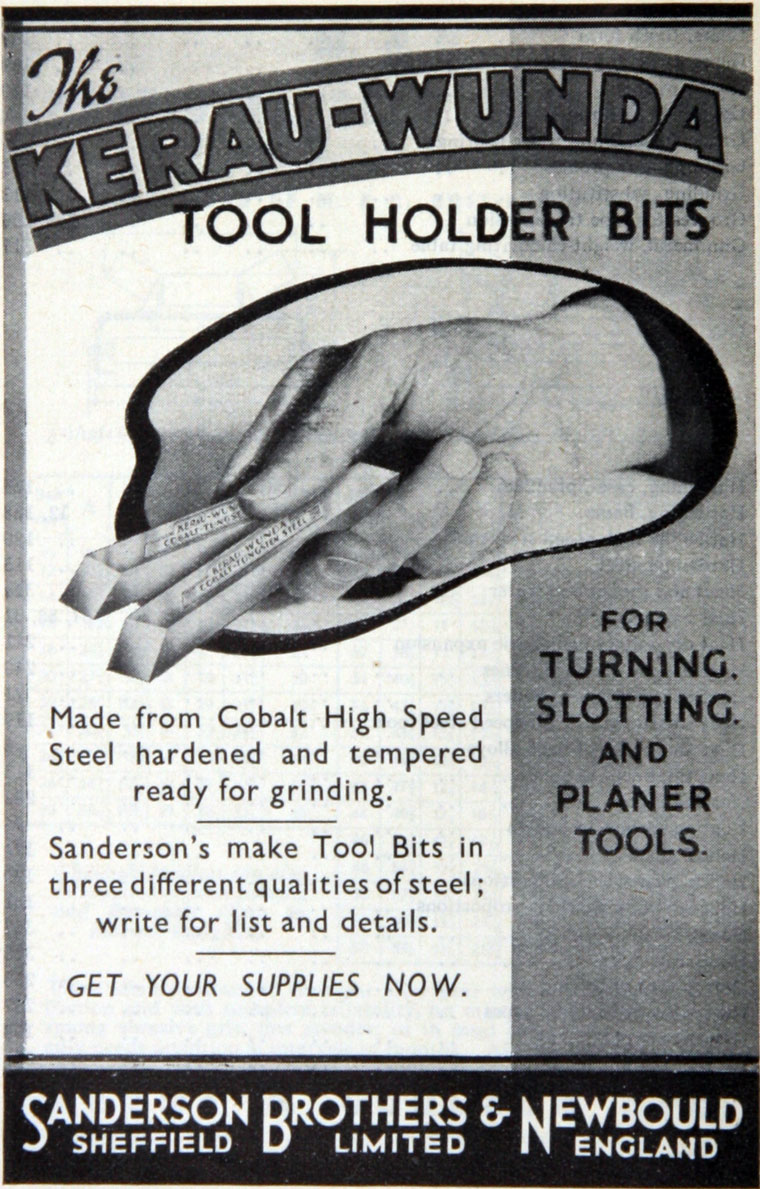 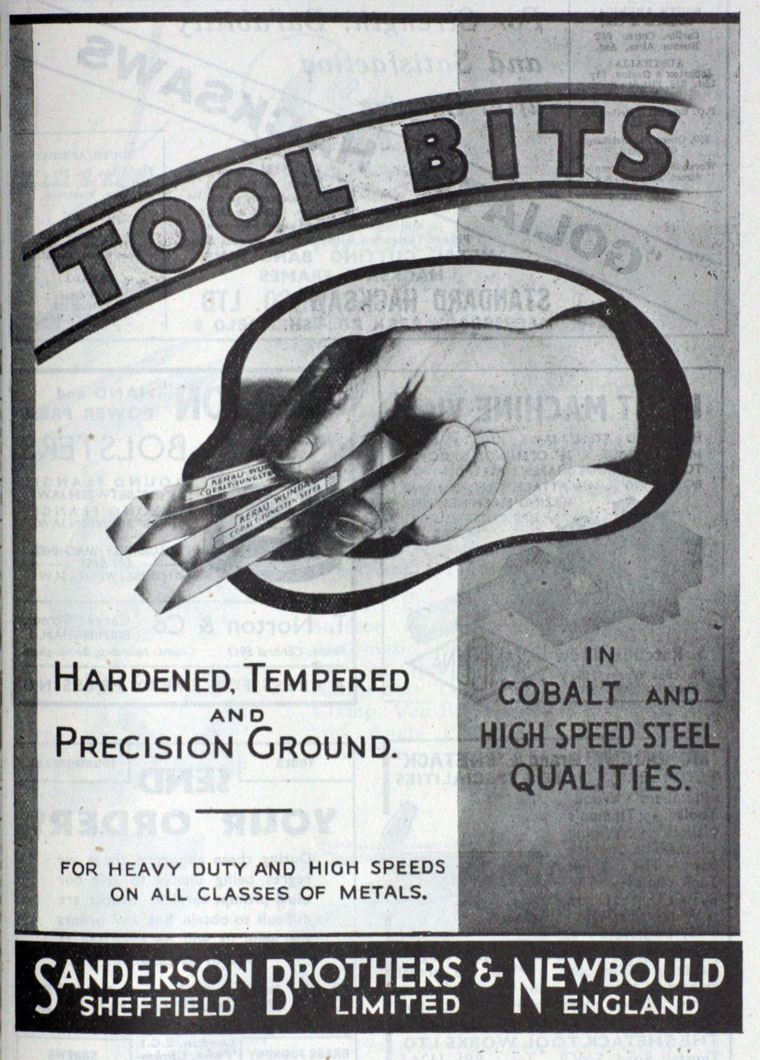 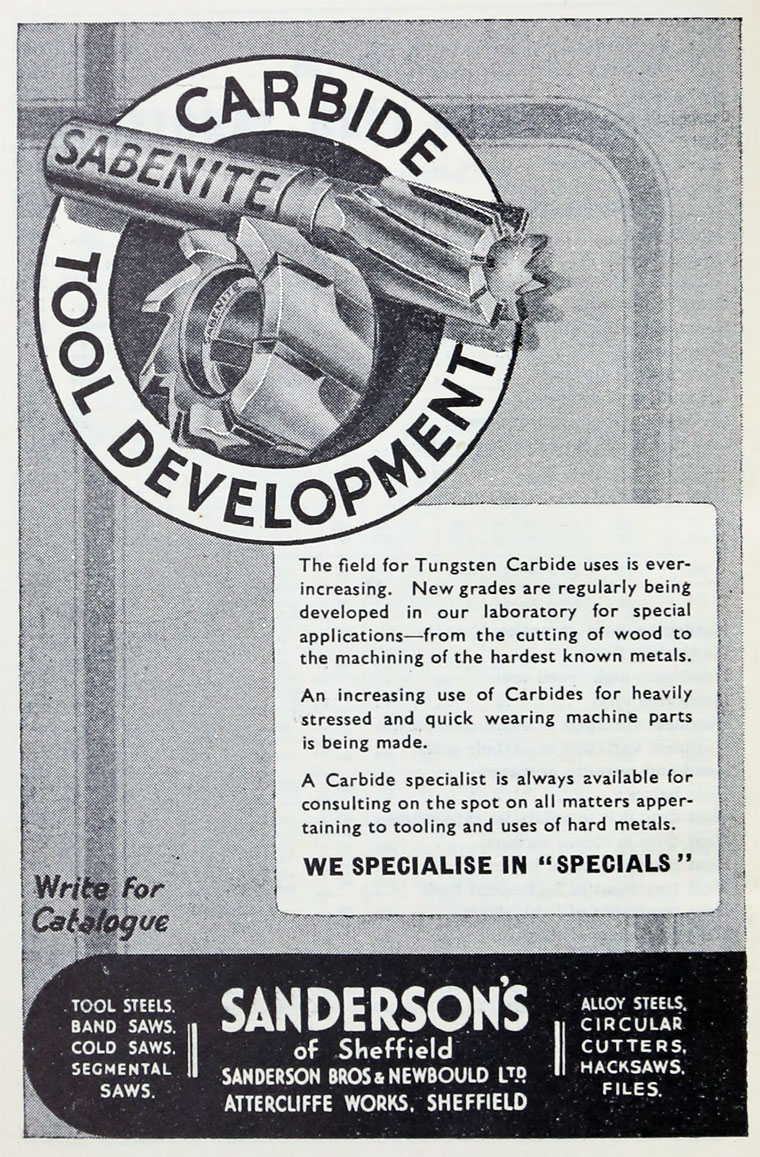 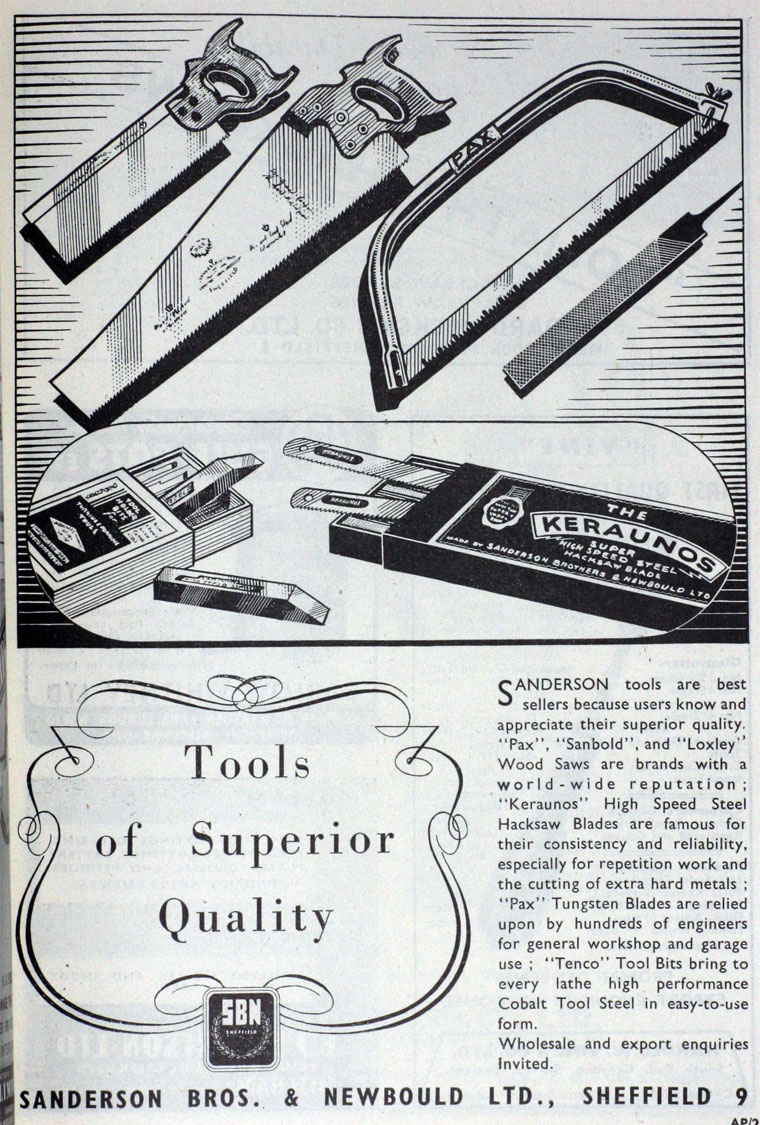 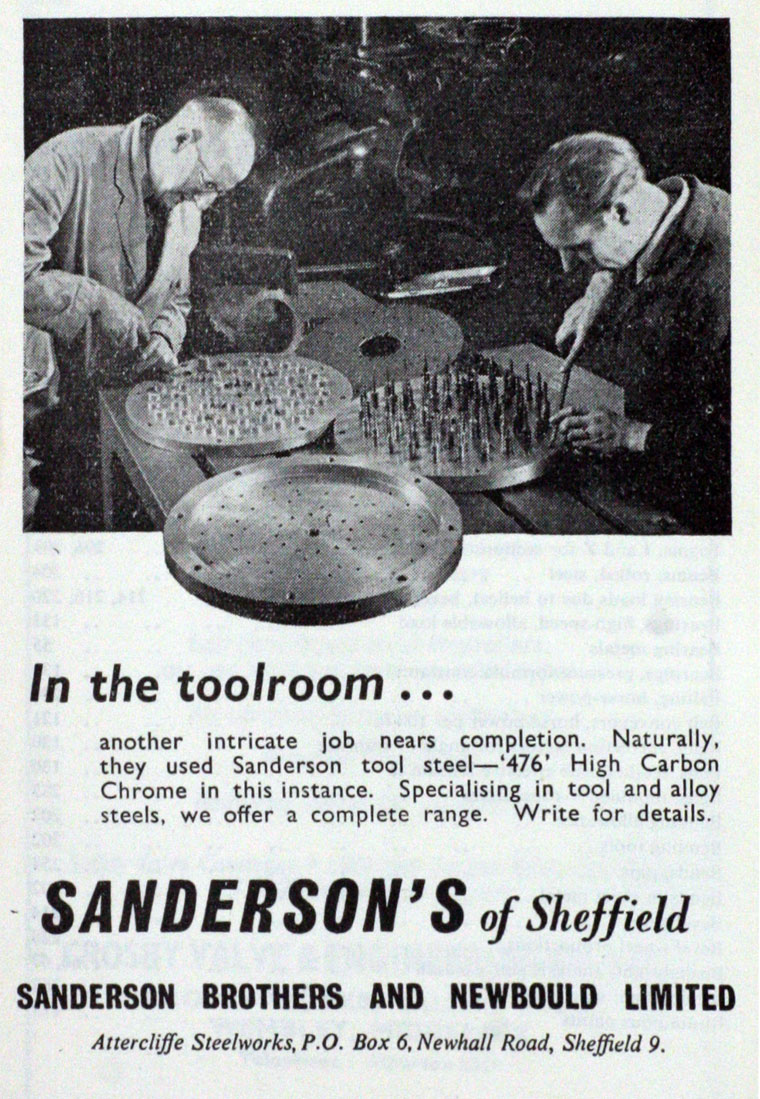 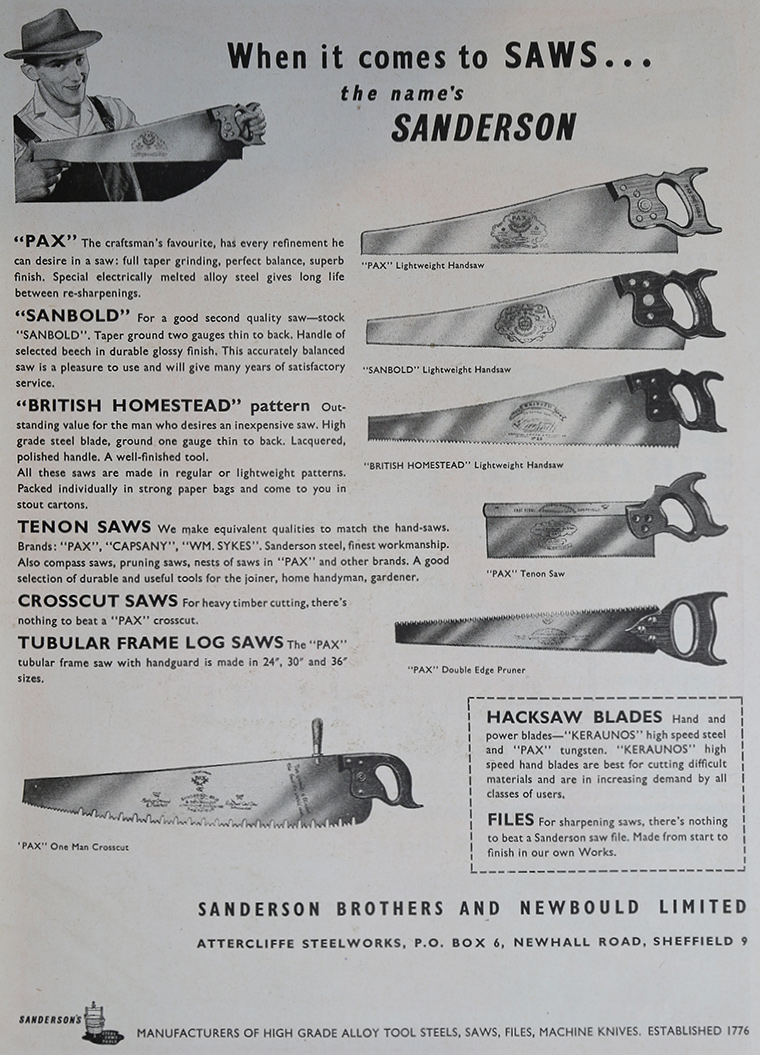 1901 The company was registered on 26 August, and acquired the businesses of Sanderson Brothers and Co and Samuel Newbould and Co, steel manufacturers. [1]

The combined firm of Sanderson Brothers and Co and Samuel Newbould and Co represented an ideal partnership. The Sanderson side produced SaBeN steel for sale or as raw material for the tools made by the former Newbould end of the concern. Various new products were introduced from time to time. For instance the manufacture of high-speed steel hacksaw blades was started in 1915 in the Saw Department.

After WWI, a separate Hacksaw Department was created and Sanderson's Pax hacksaw blades achieved a reputation for quality which has been maintained ever since[2]

The firm started to make a high-speed steel inserted-tooth saw in the 1920s, following this with the Newbould segmental saw in the early 1930s.

1933 The manufacture of Heliocentric Speed Reducers began in 1933. The more traditional products, such as wood-cutting circulars and handsaws, as well as files, continued to maintain their world-wide reputation.

1934 On the steel side the firm concentrated on the production of high-quality steel, particularly tool and high-speed steels. In 1934 the Darnall Works was relinquished, steel manufacturing being concentrated in its entirety at Newhall Road, where a new electric melting shop was built.

1938 Advertising 'Celfor' steel, in which the effect of case-hardening (hard case and tough core) was obtainable by ordinary heating and quenching.[6]

WWII Sanderson’s made an outstanding contribution to the war effort, including production of more than a million bullet-proof plates, thousands of paravane plane units and paravane cutters, torpedo parts, clutch-plates for armoured vehicles and steel for gun and rifle components as well as tool steel.

Since the war, the firm expanded its reputation for high-quality steels and tools, aided in its export markets by subsidiary companies in South Africa, Canada and Australia.

1960 Sanderson Kayser Limited was formed on the merger with Kayser, Ellison and Co Limited of Carlisle Steelworks and Darnall Steelworks, Sheffield. The latter site includes the old Sanderson Darnall Works where the remains of some of the original buildings may still be seen adjacent to the modern plant.