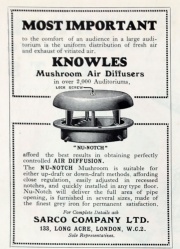 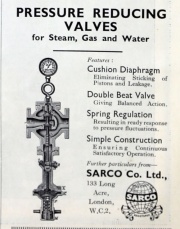 1888 The Company was founded as Sanders, Rehders and Co (Sarco) in London importing thermostatic steam traps from Germany.