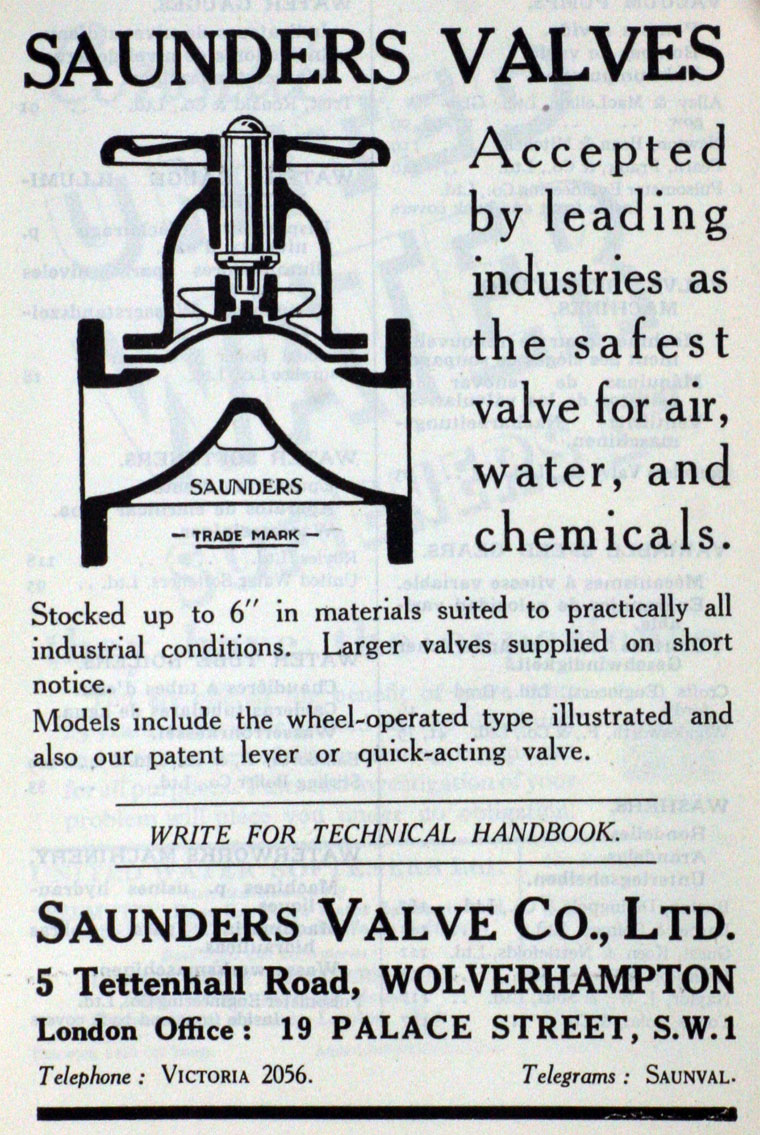 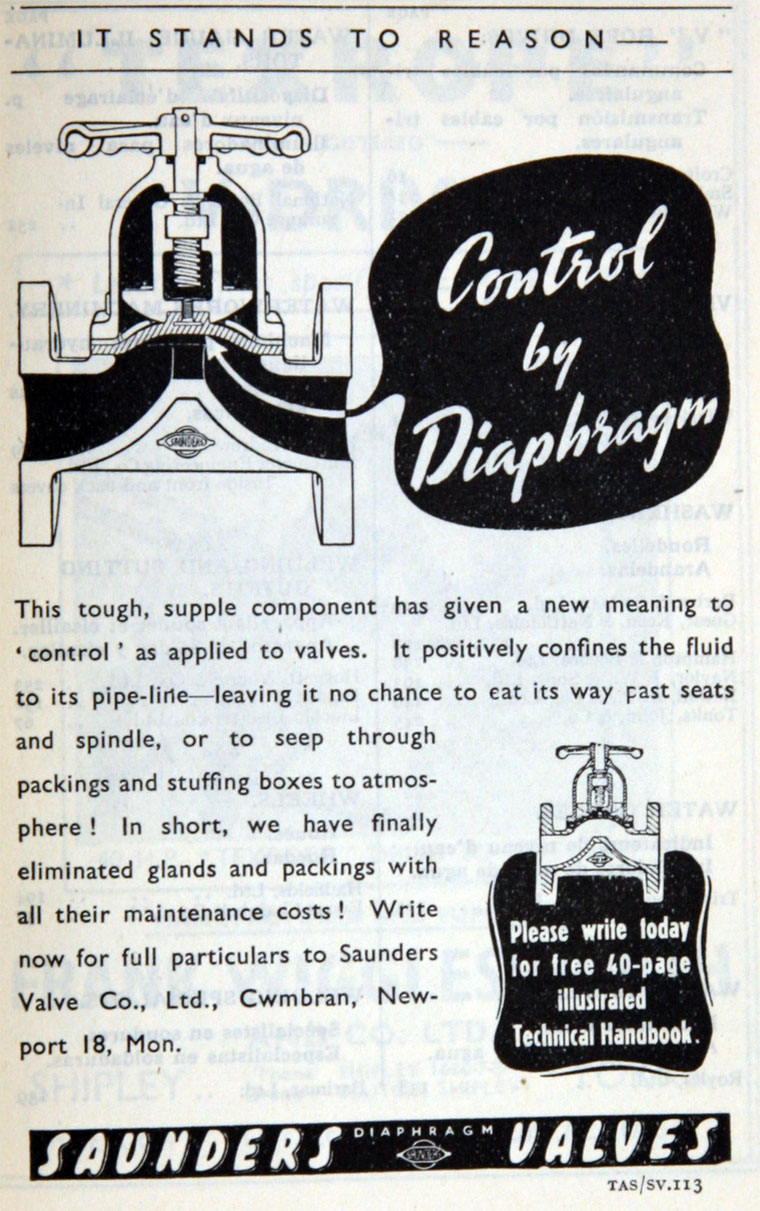 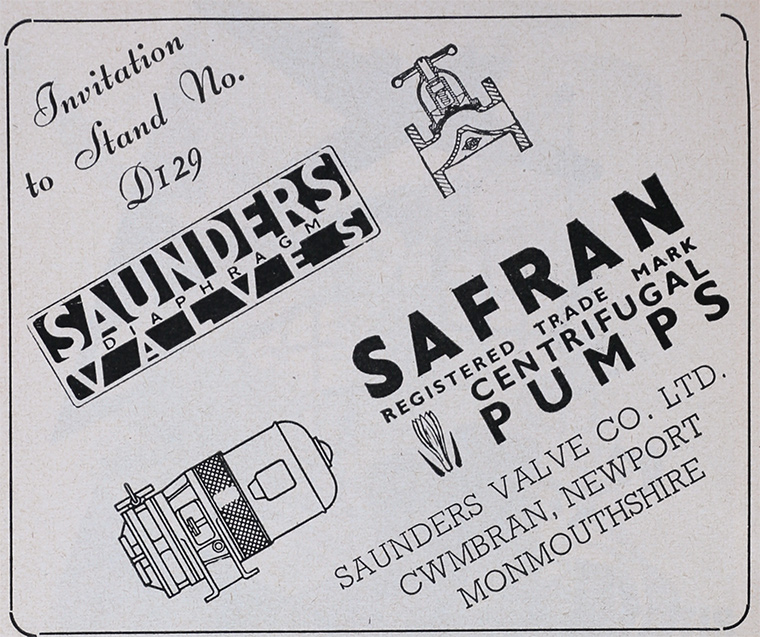 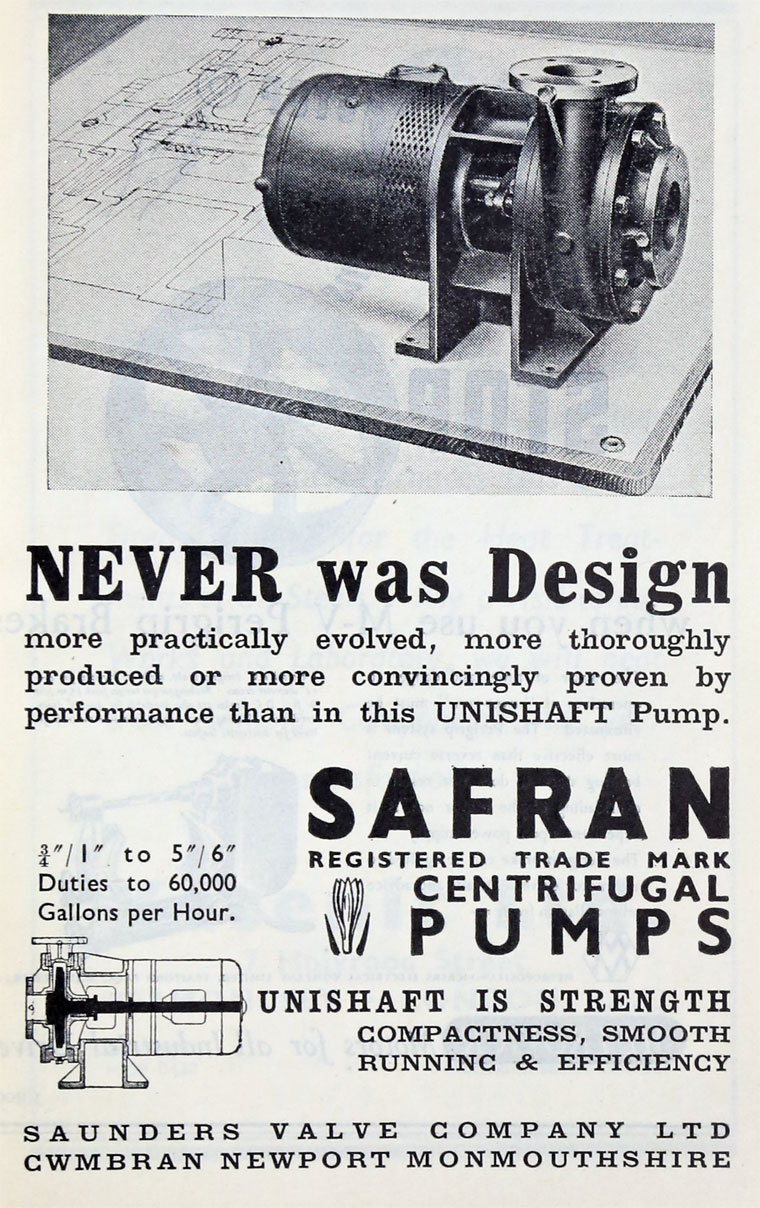 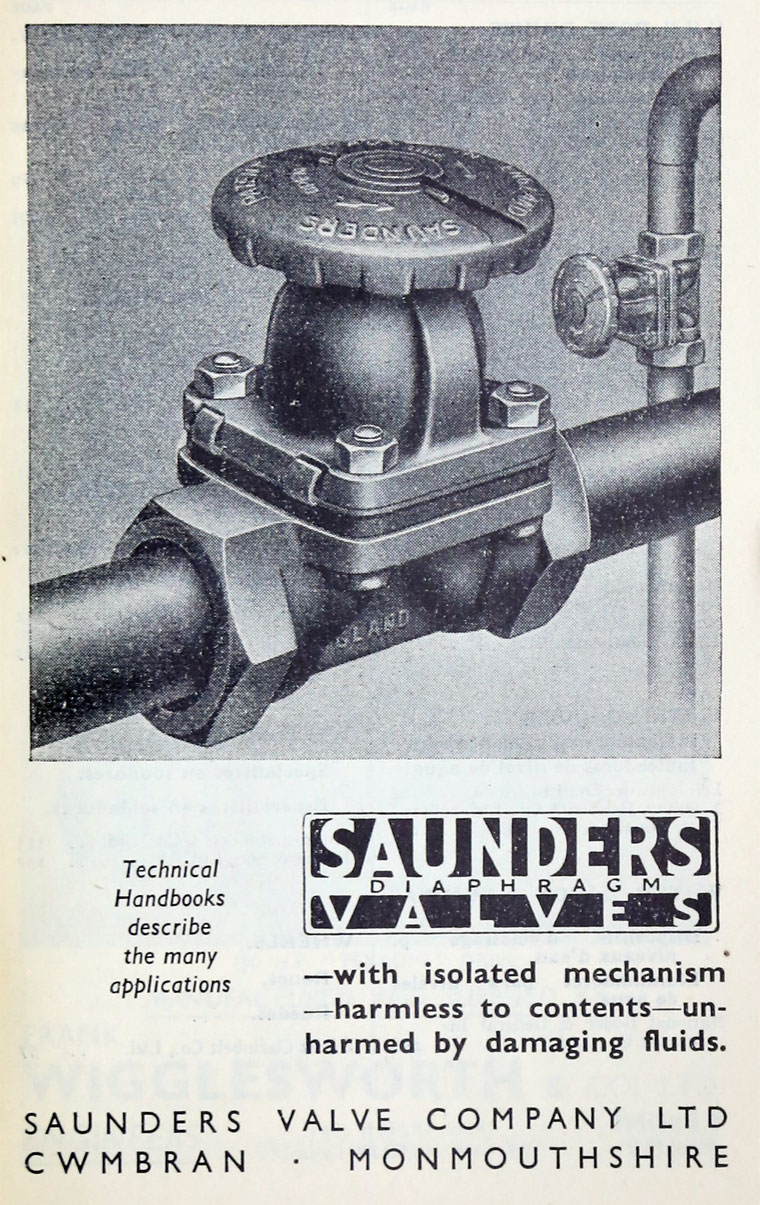 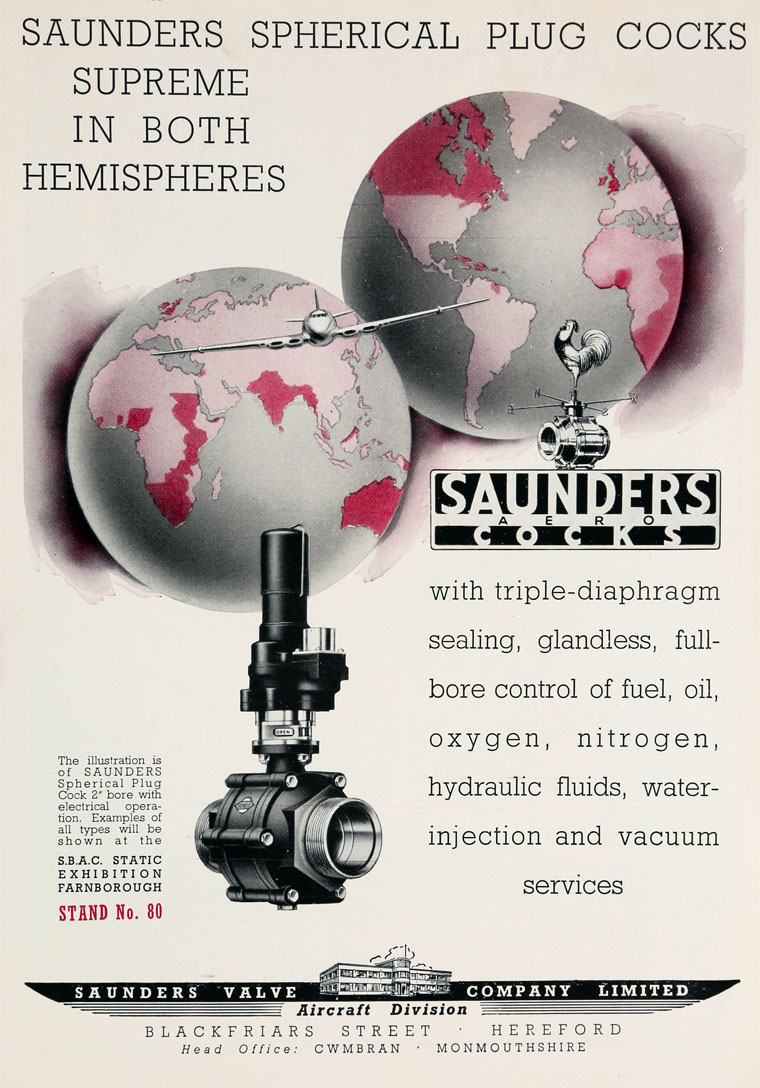 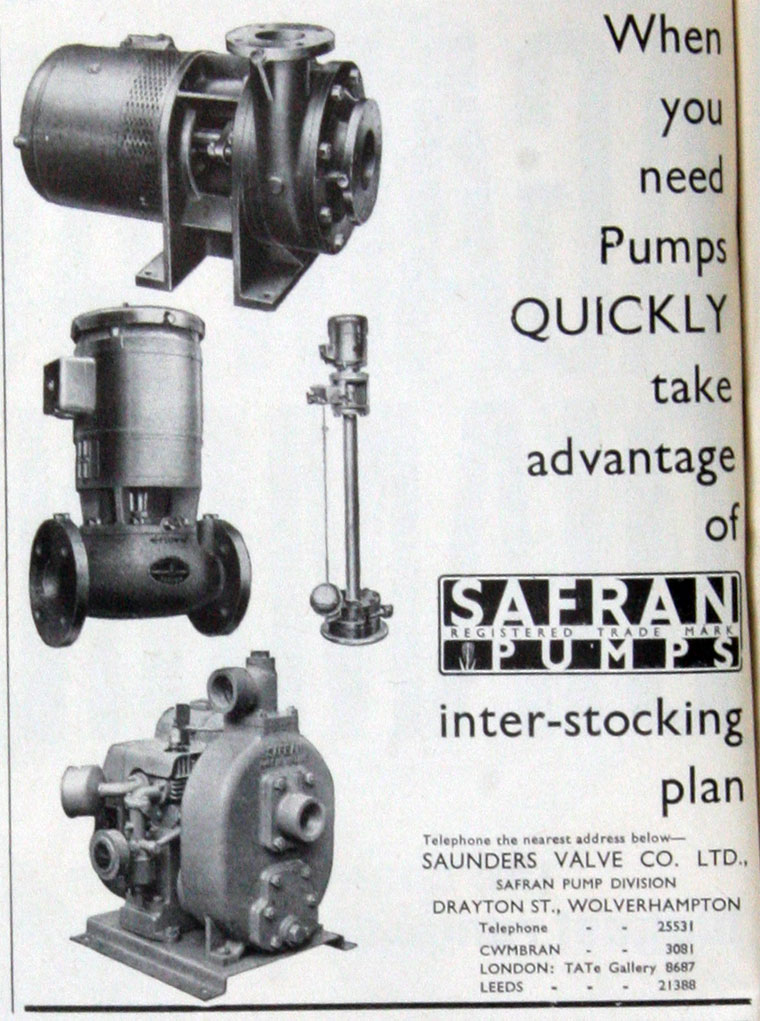 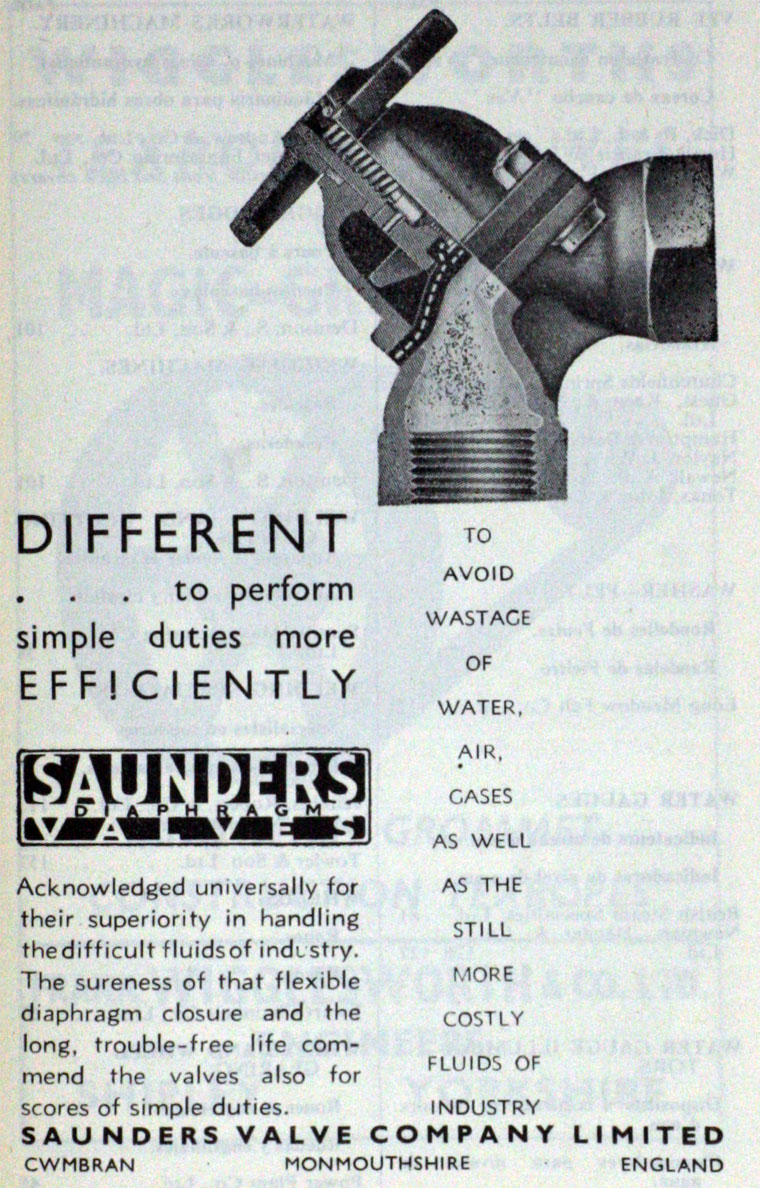 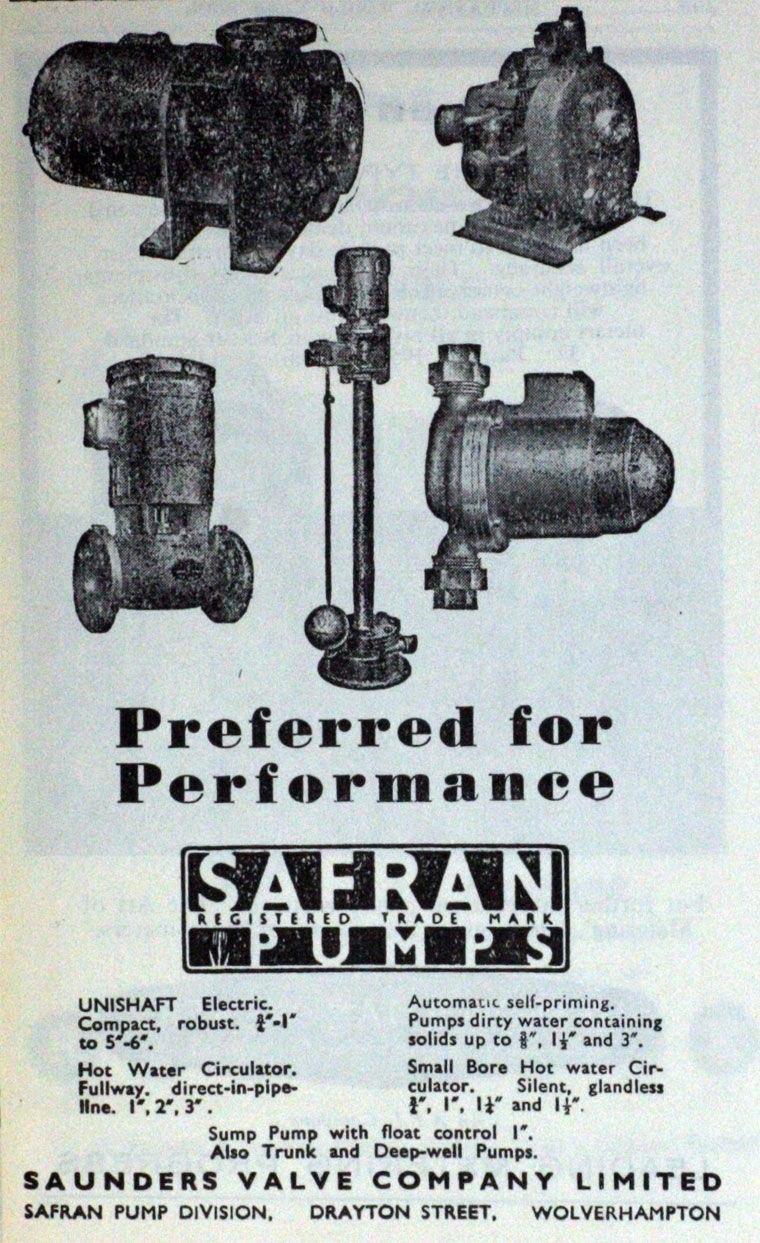 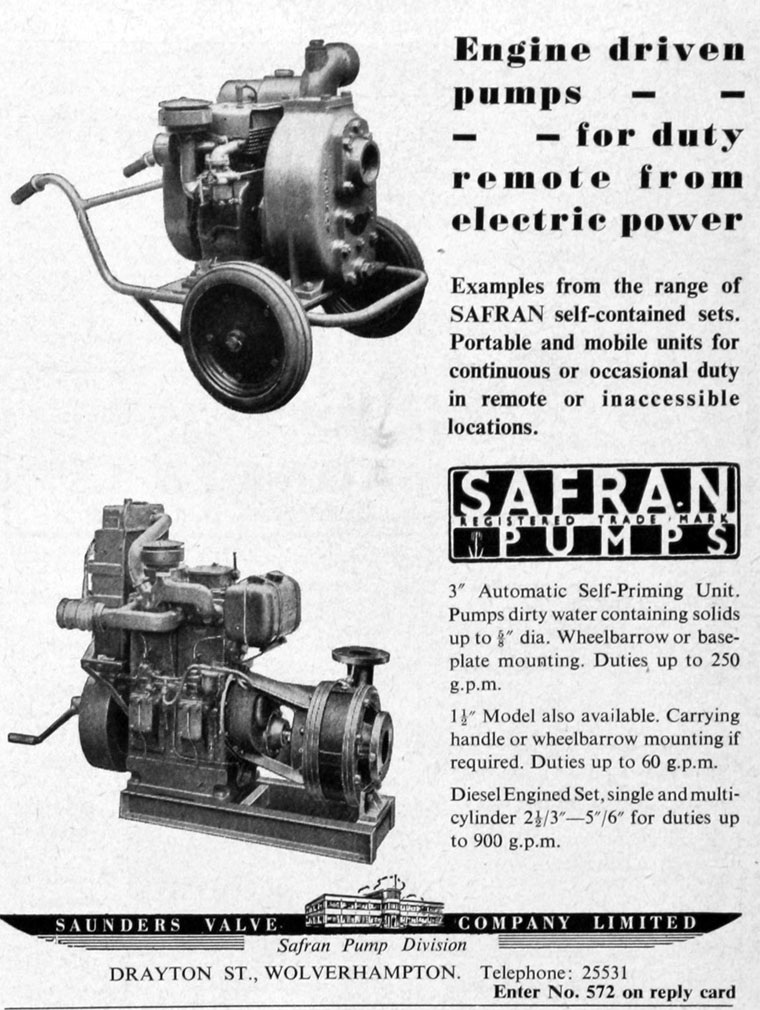 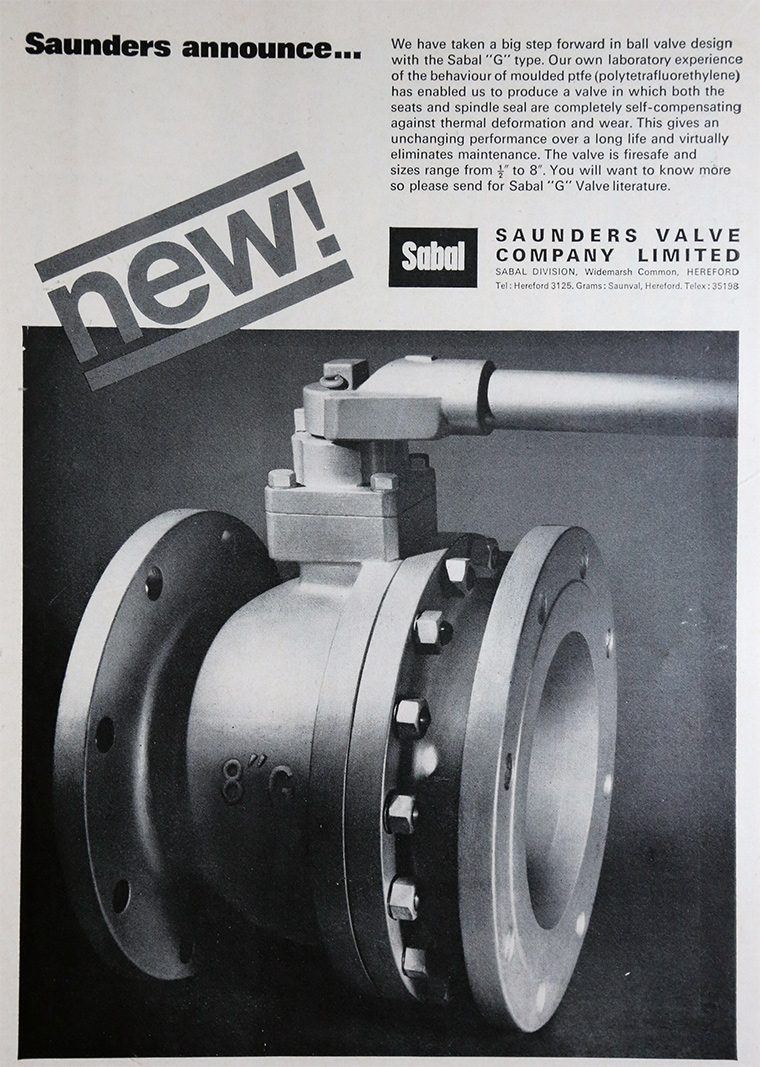 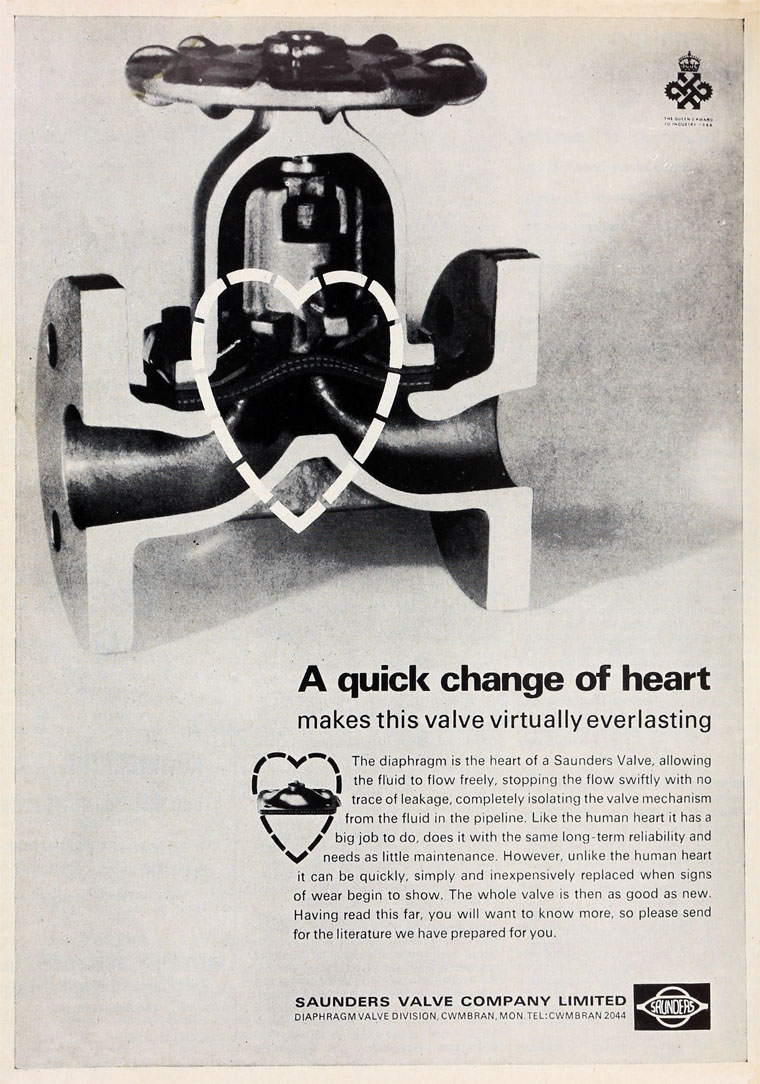 of Wolverhampton and of Cwmbran, Newport.

1933 He founded the Saunders Valve Co.

1982 The Hereford factory closed down. Saunders brought assembly of its ball and butterfly valves, until now made at Hereford, to Cwmbran where its diaphragm valves were manufactured. The new firm Sheridan Engineering was started up by former general manager at Hereford, Val Sheridan who wanted to supply Cwmbran with machined components - particularly plugs for ball valves and valve actuator parts.[2]