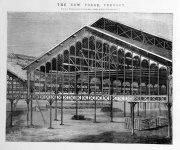 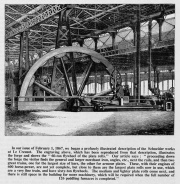 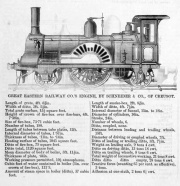 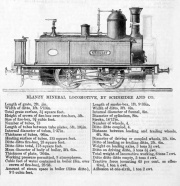 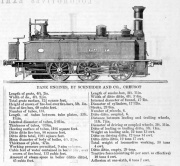 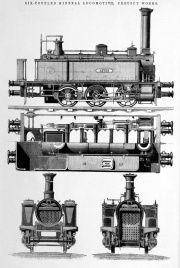 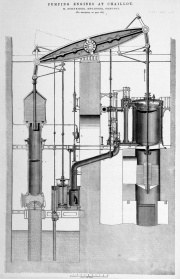 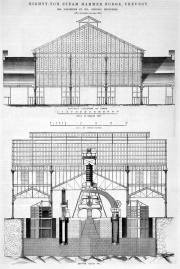 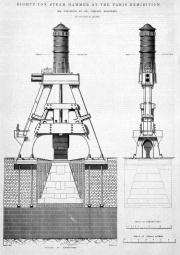 1900. Engines of the French Cruiser Kleber.

1901. Thuile locomotive in the Paris Exhibition. 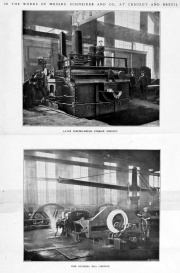 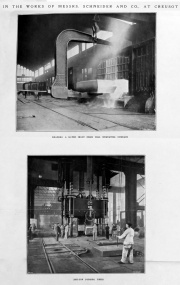 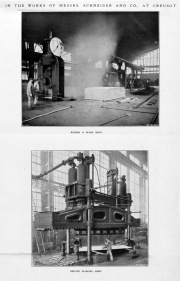 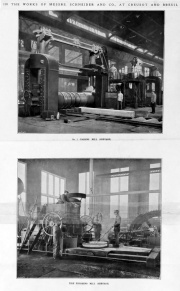 1833/7 The factories and mines at Creusot were purchased by Joseph Eugene Schneider, an ironmaster of Bazeilles, and his brother, Adolphe Schneider, shortly after the end of the Napoleonic Wars. Joseph survived his brother and was succeeded by his son, Henri Schneider, who lived until 1898. He was succeeded by the Charles Eugene Schneider (born in 1868). Under his leadership, the firm of Schneider and Co greatly developed the business by acquisition of works directly owned by the firm, as well as acquiring large and controlling interests in many other undertakings in France and abroad.

From 1837 to 1852 François Bourdon was responsible for organizing the forges and blast furnaces, and designed a range of equipment. For the production of very large parts such as ships' paddle and propeller shafts, in 1841 Bourdon designed a steam hammer with a striking force of 2.5 tons.[1]

c.1862 Constructed a swing bridge across the Penfeld river between Brest and Recouvrance. Described and illustrated in 'Engineering' in 1866. Designed by Messrs Cadiat and Oudry[2]

1868 Constructed a lattice girder bridge over the Danube near Vienna for the Austrian States Railway. Five spans of 262 ft.[3]

1920 Read an entire illustrated supplement published by The Engineer about the Creusot Schneider and Co Works - Here. [4]

1925 The company acquired the licence to the manufacture in France of Burmeister and Wain engines of all types, single and double-acting for marine and land purposes.[5]