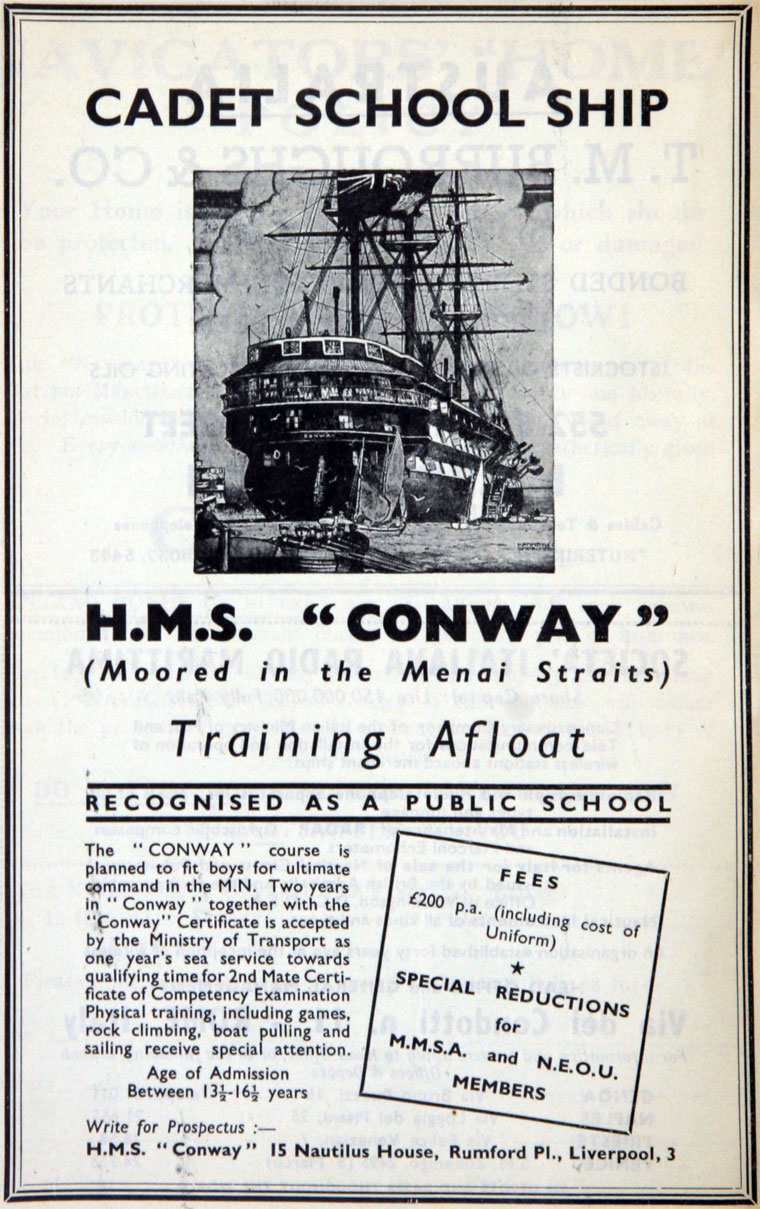 HMS Conway was a naval training school or "school ship", founded in 1859 and housed for most of its life aboard a 19th-century wooden battleship. The ship was originally stationed on the Mersey near Liverpool, then moved to the Menai Strait during World War II. While being towed back to Birkenhead for a refit in 1953, she ran aground and was wrecked, and later burned down. The school moved to purpose-built premises on Anglesey where it continued for another twenty years. [1]

There were to be three Conways over the years, the name being transferred to the new ship each time it was replaced.