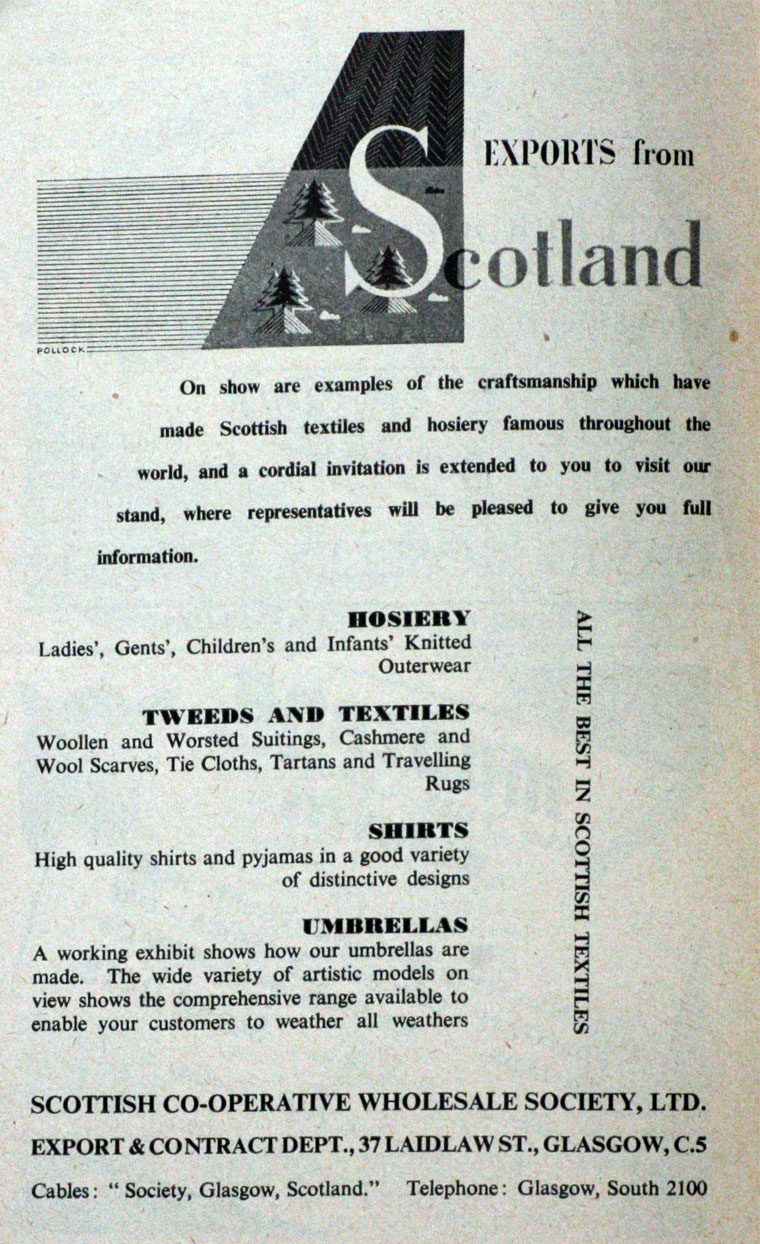 1868 The Scottish Co-operative Wholesale Society (SCWS) was founded to serve the Scottish co-operative movement as a wholesaler. Membership was open only to registered co-operative societies and employees of the society.[1]

1880s During the 1880s, the SCWS extended the principle of co-operative trading further by setting up the first of its many manufacturing enterprises, producing a wide range of products such as polishes, bleaches, insecticides, and disinfectants and a range of pharmaceuticals.

The SCWS headquarters was in Morrison Street in Kingston.

By the 1950s, about 75 per cent of its distributive trade was conducted from its warehouses in Glasgow, and it had opened retail branches in many areas not served by one of the city's eight retail co-op societies.