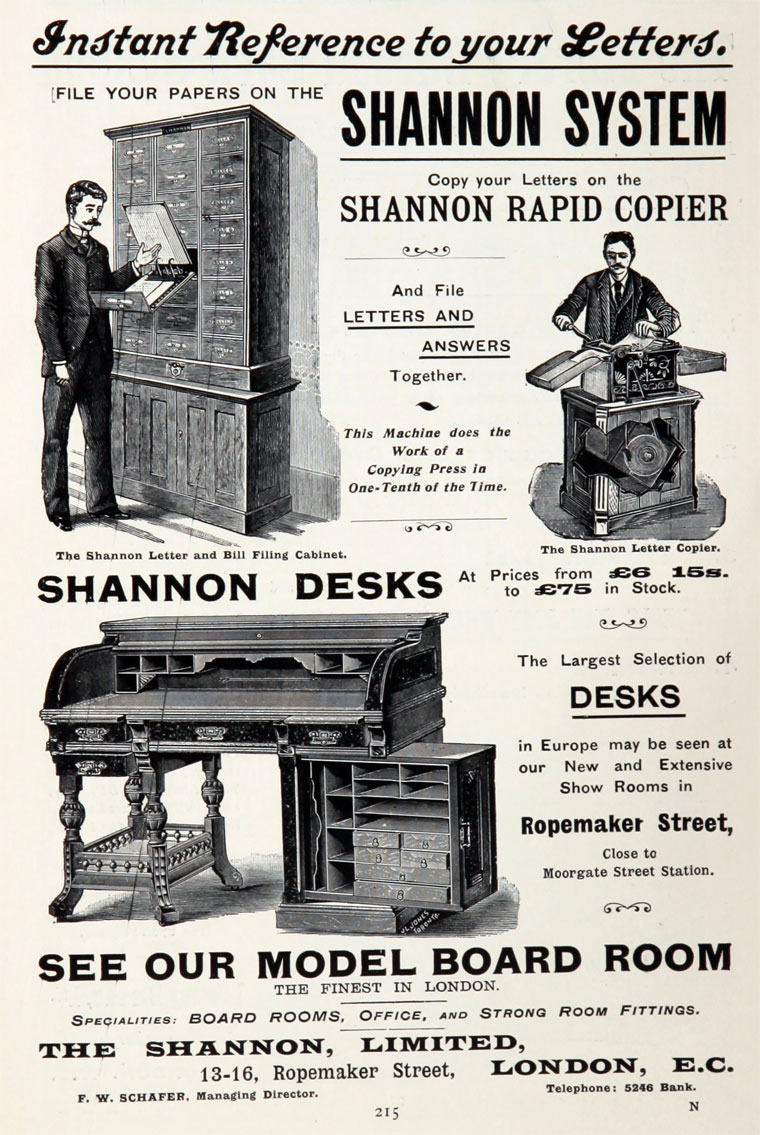 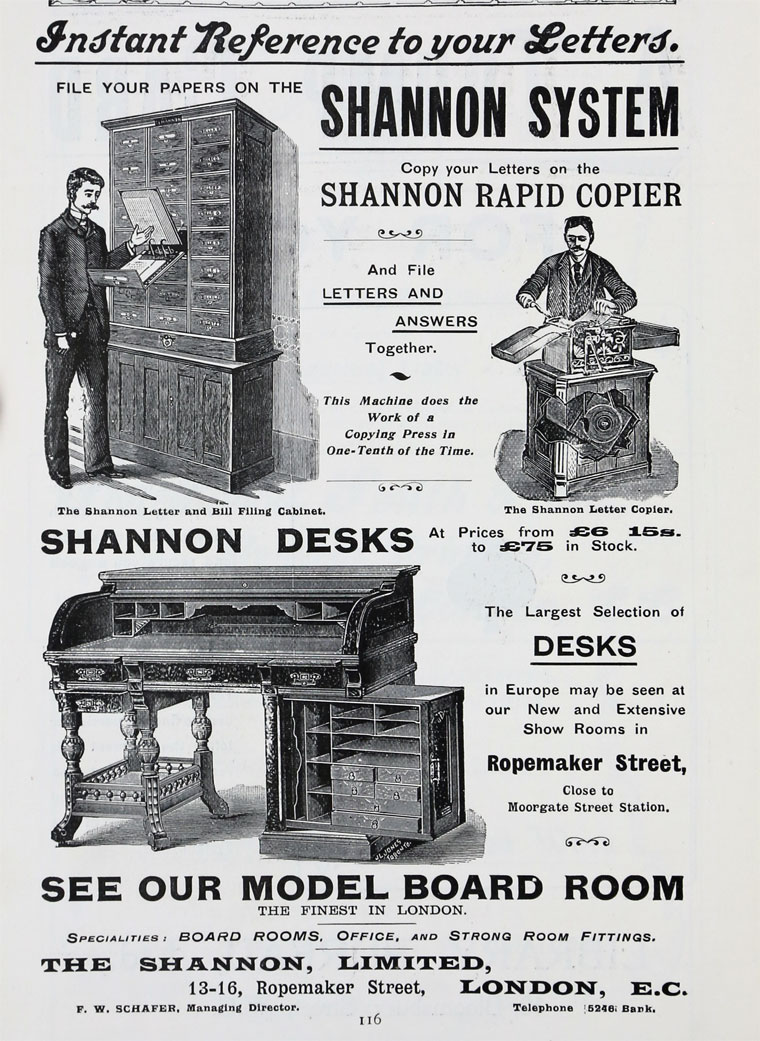 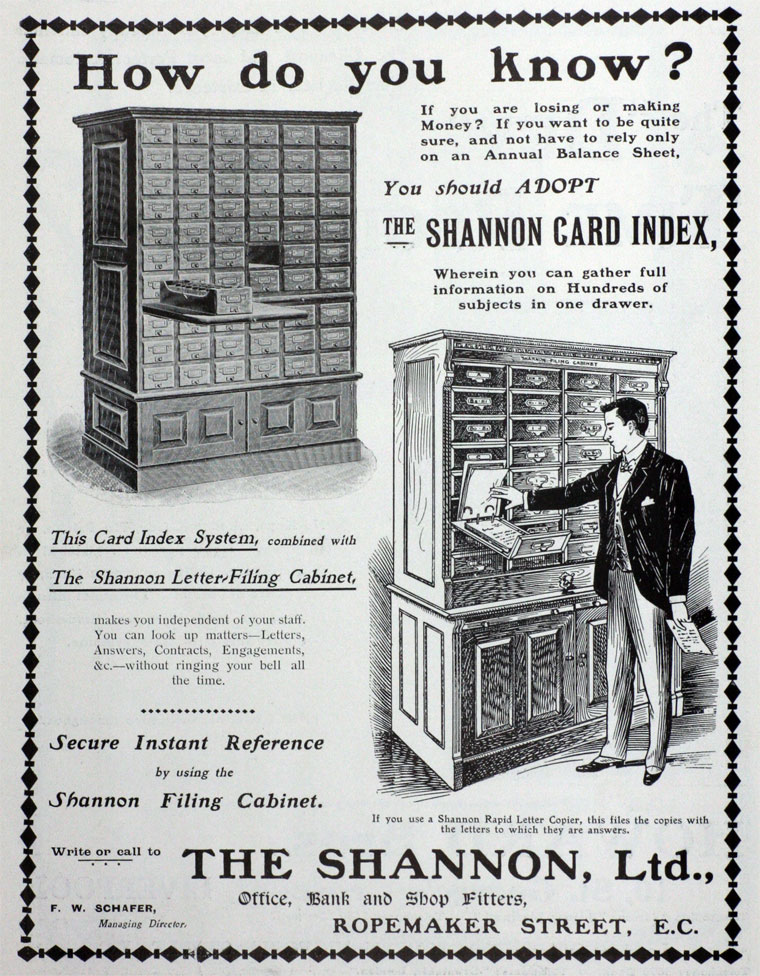 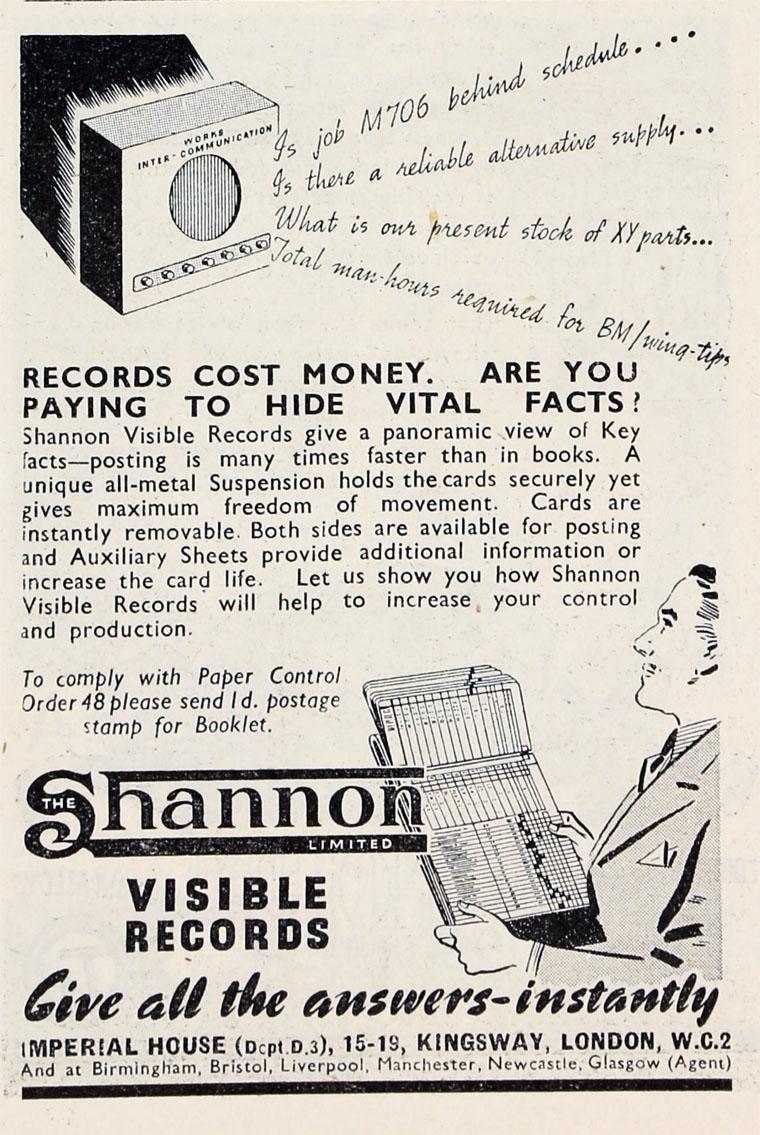 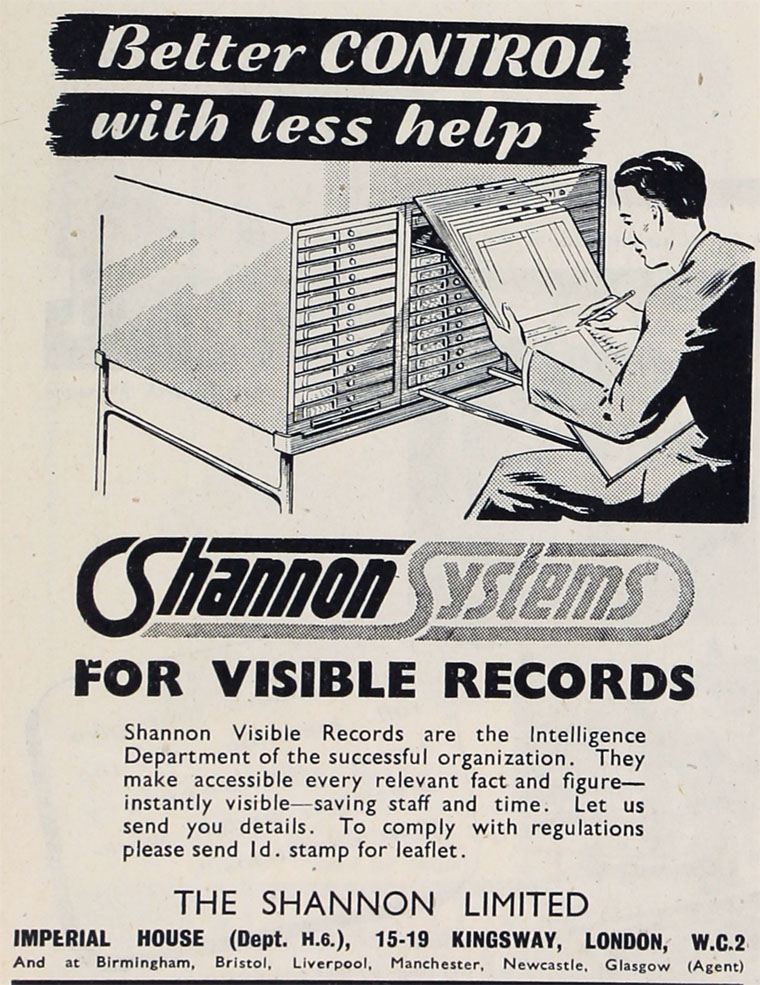 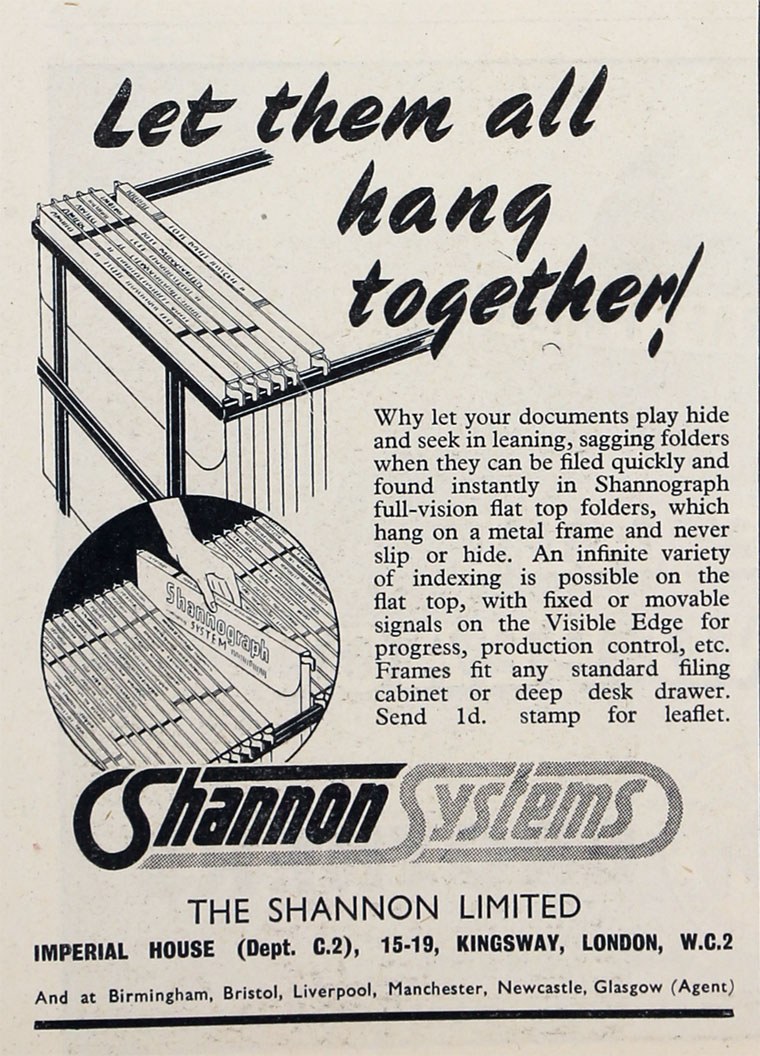 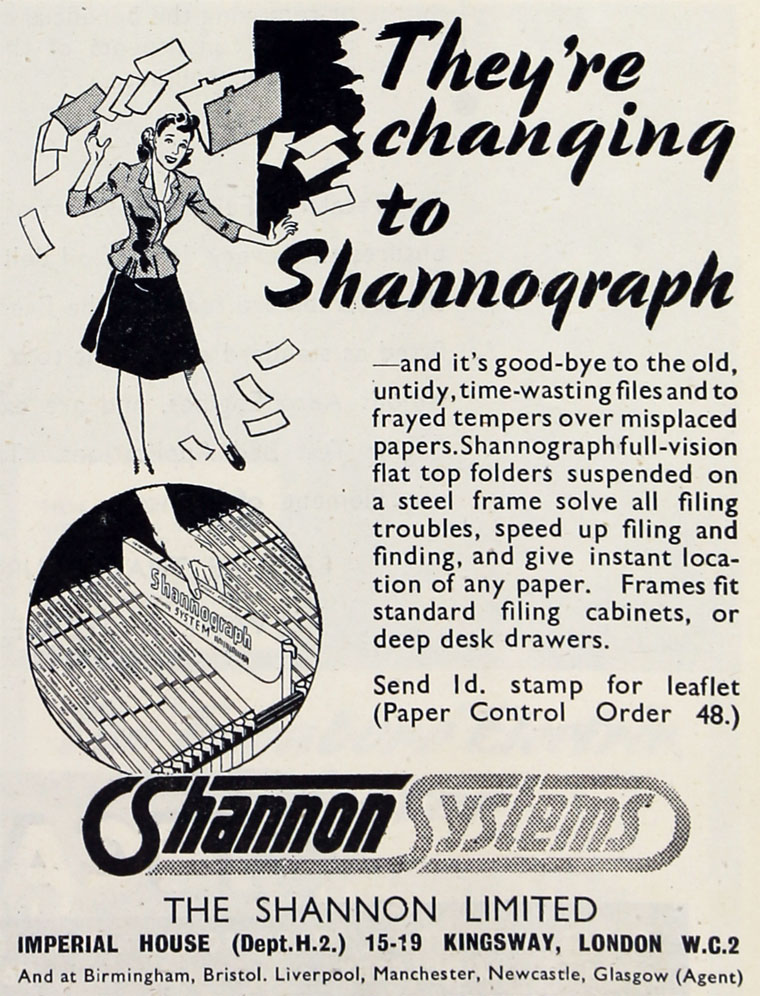 1899 The company was registered on 11 April, and is a second reconstruction of the Shannon File Co. [1]

1975 Reorganisation of Shannon and Twinlock's filing systems division to form Datastor[6] but this led to substantial losses.