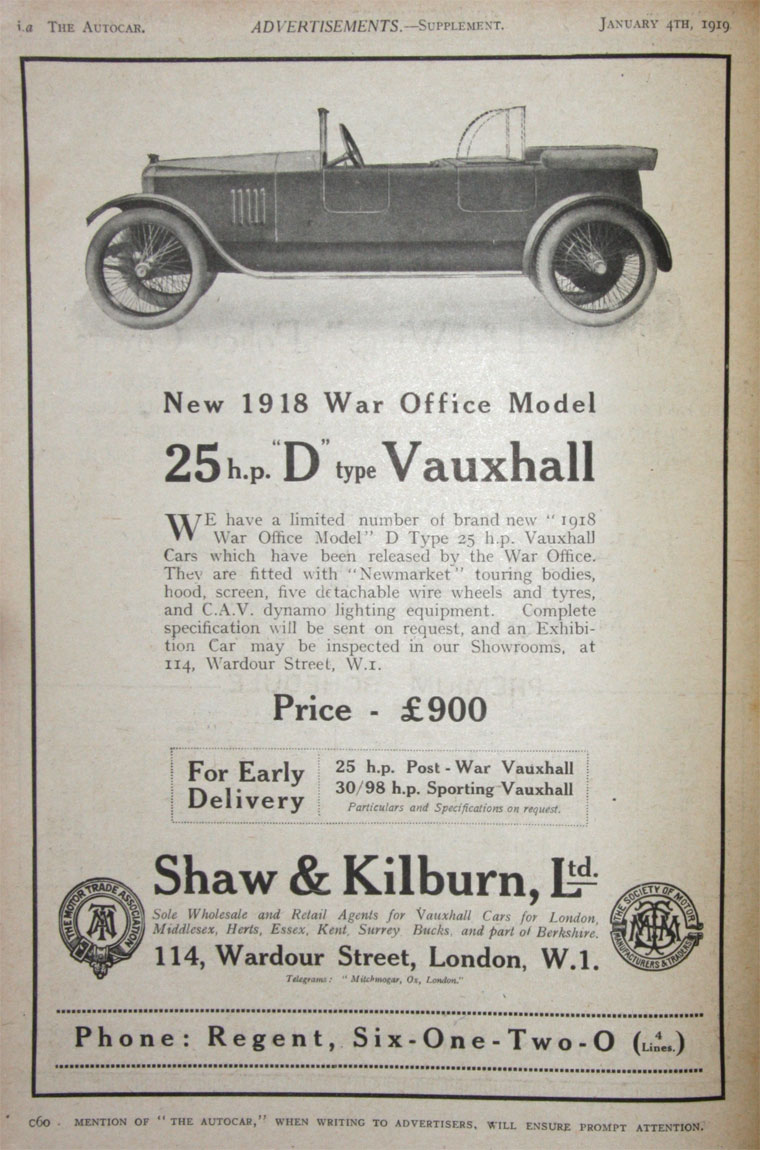 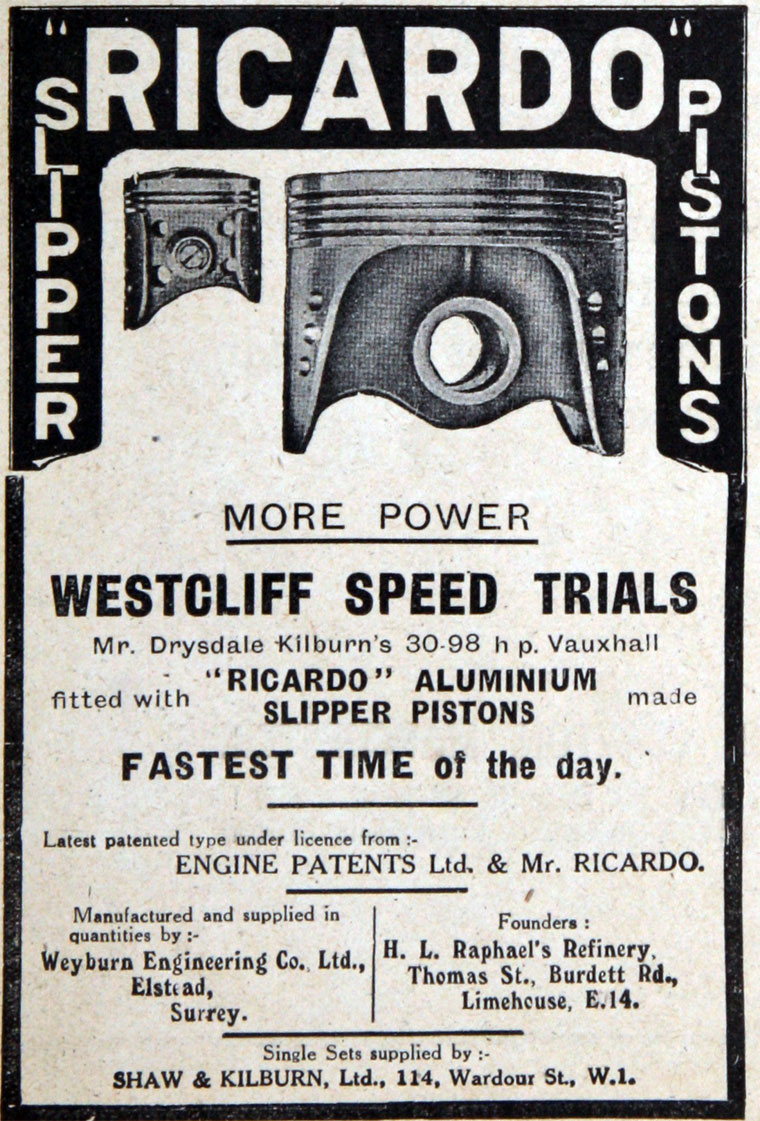 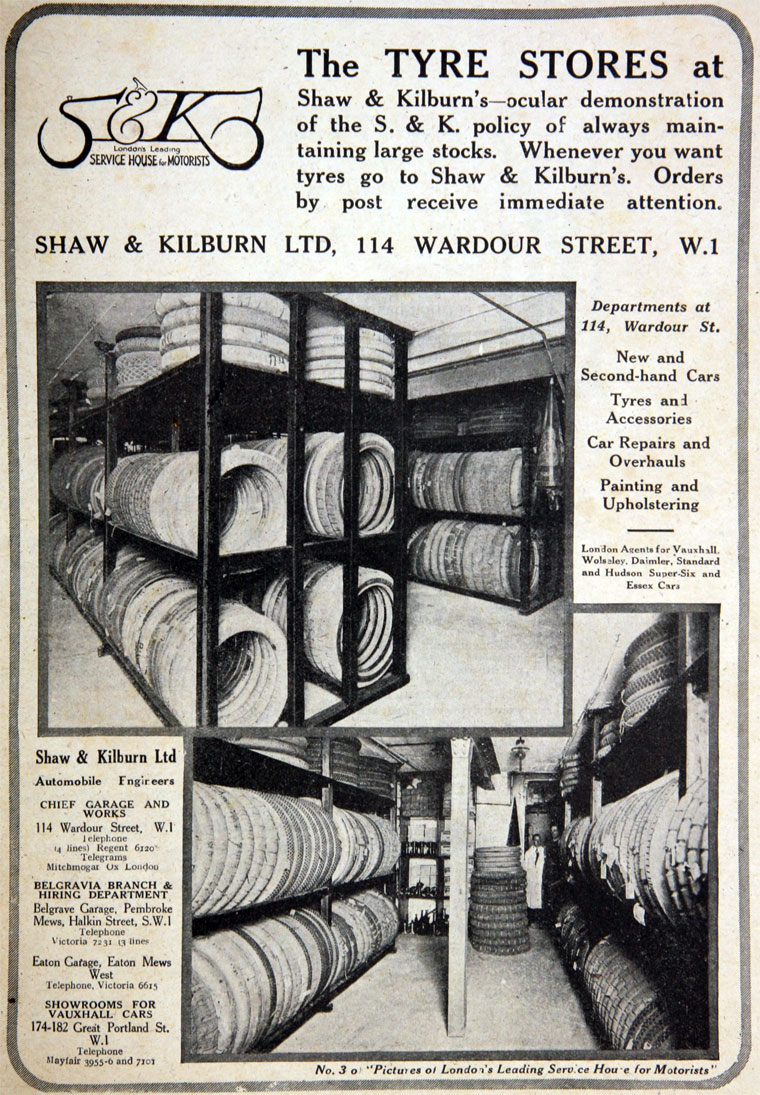 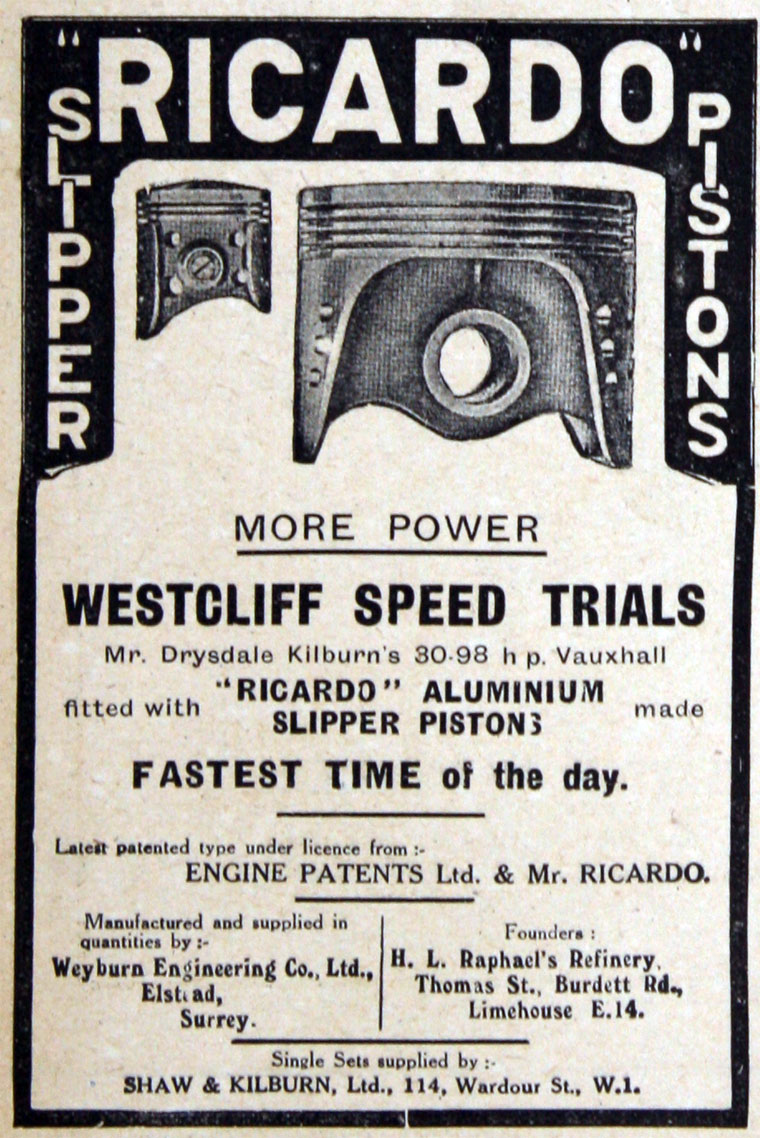 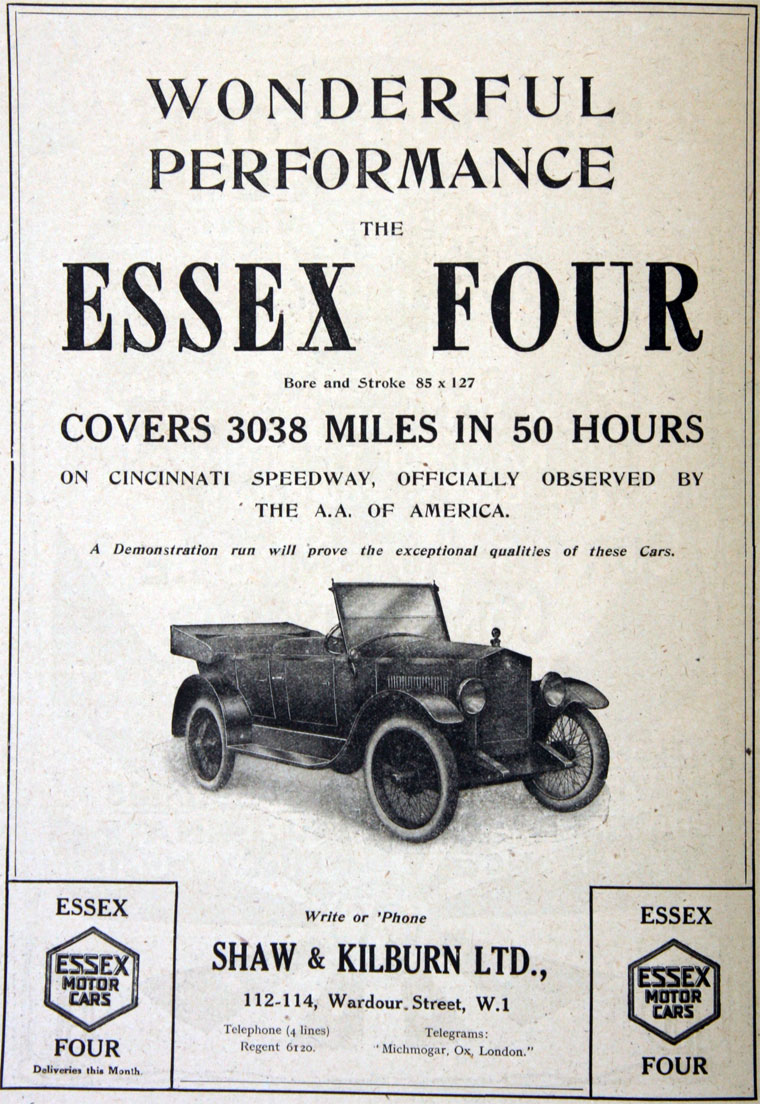 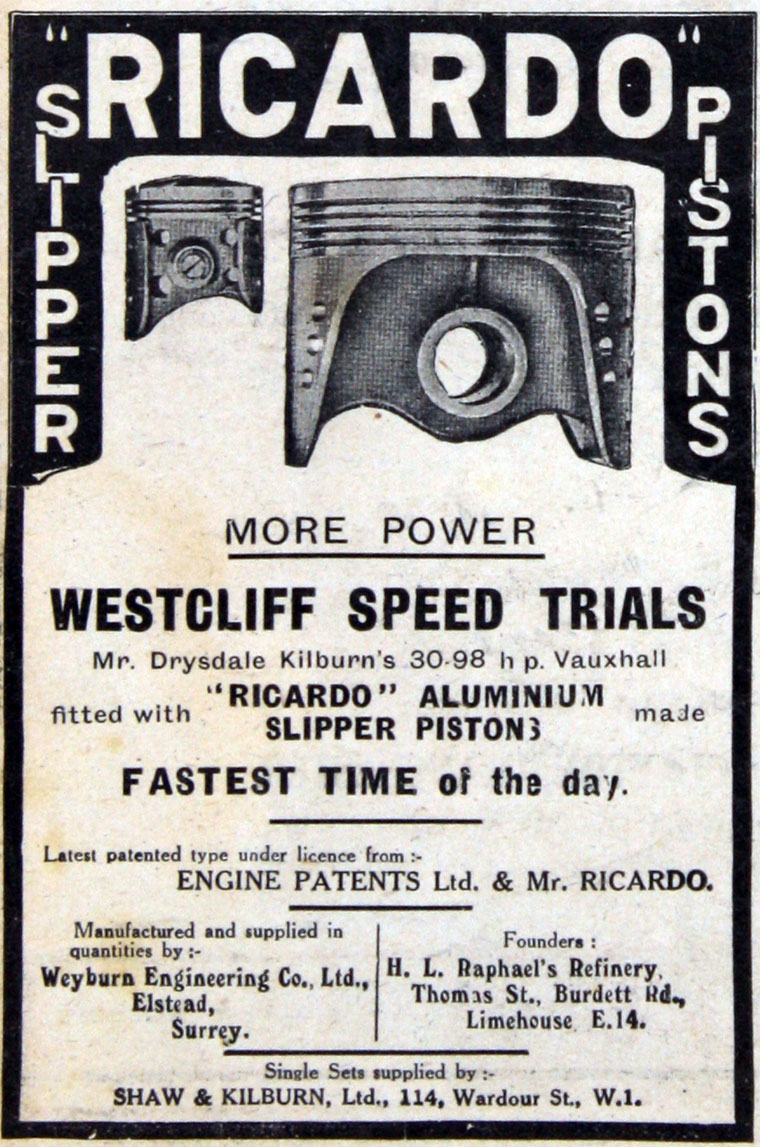 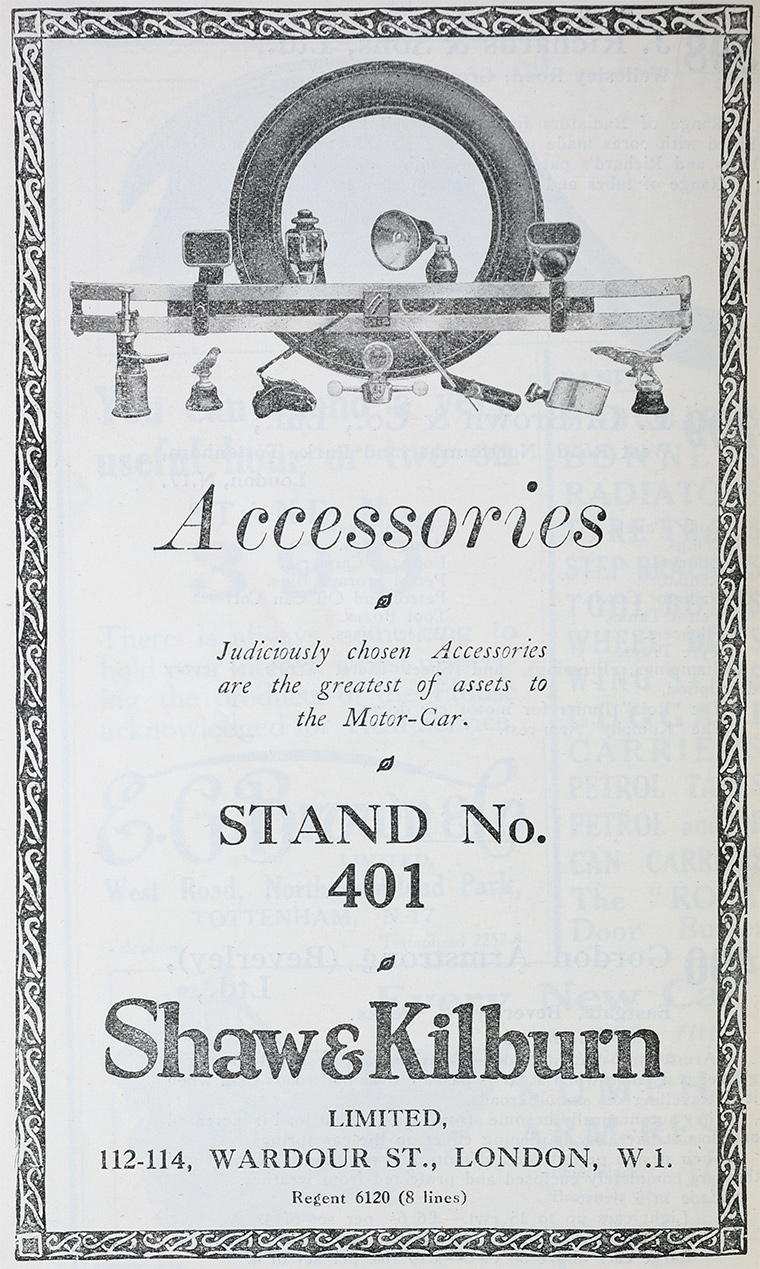 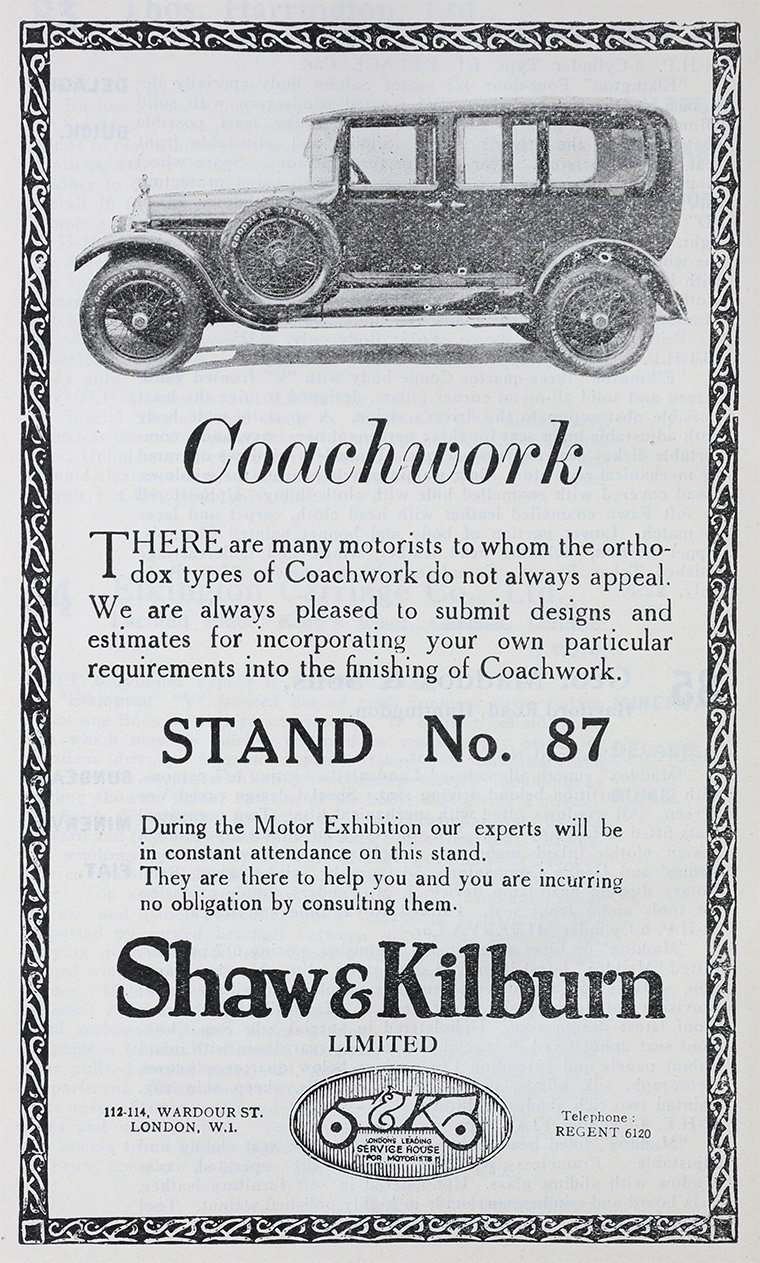 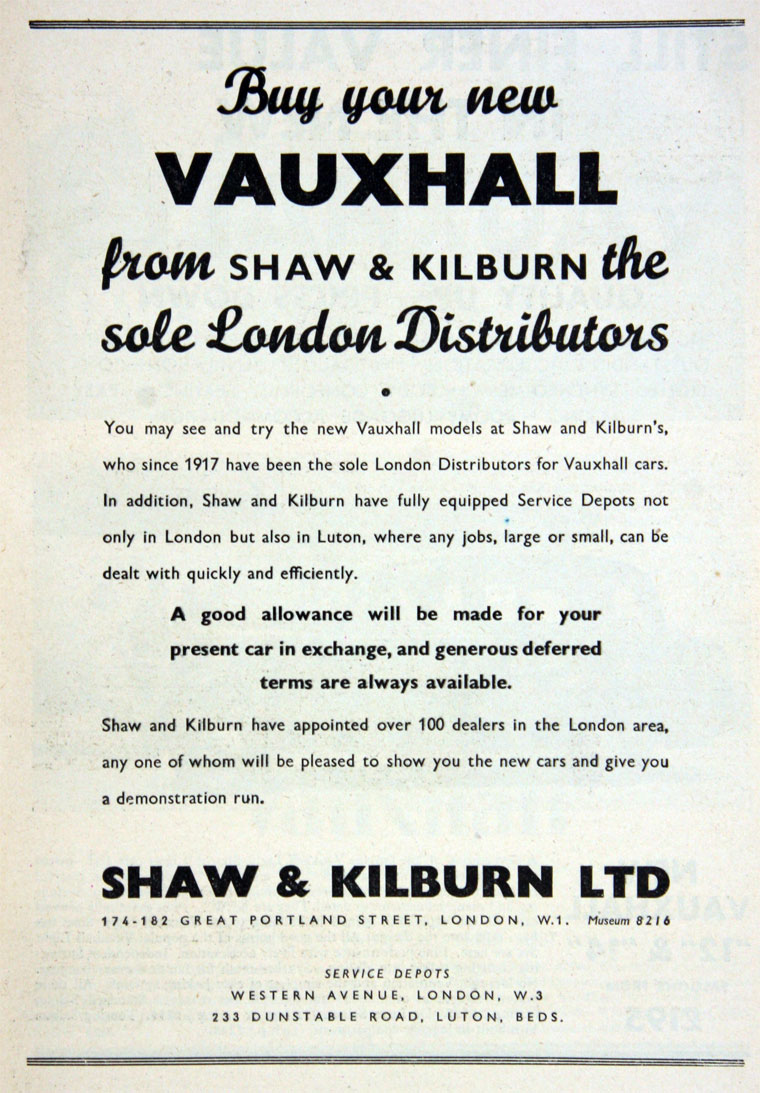 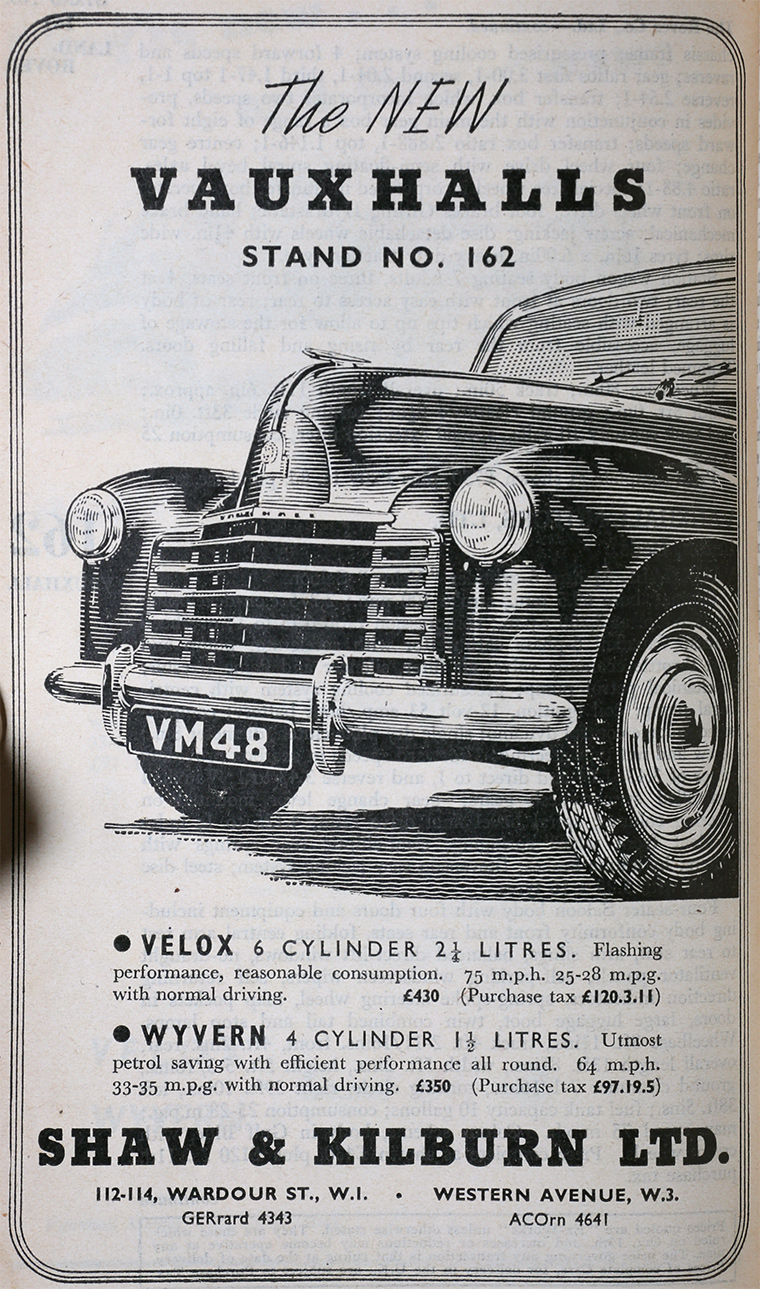 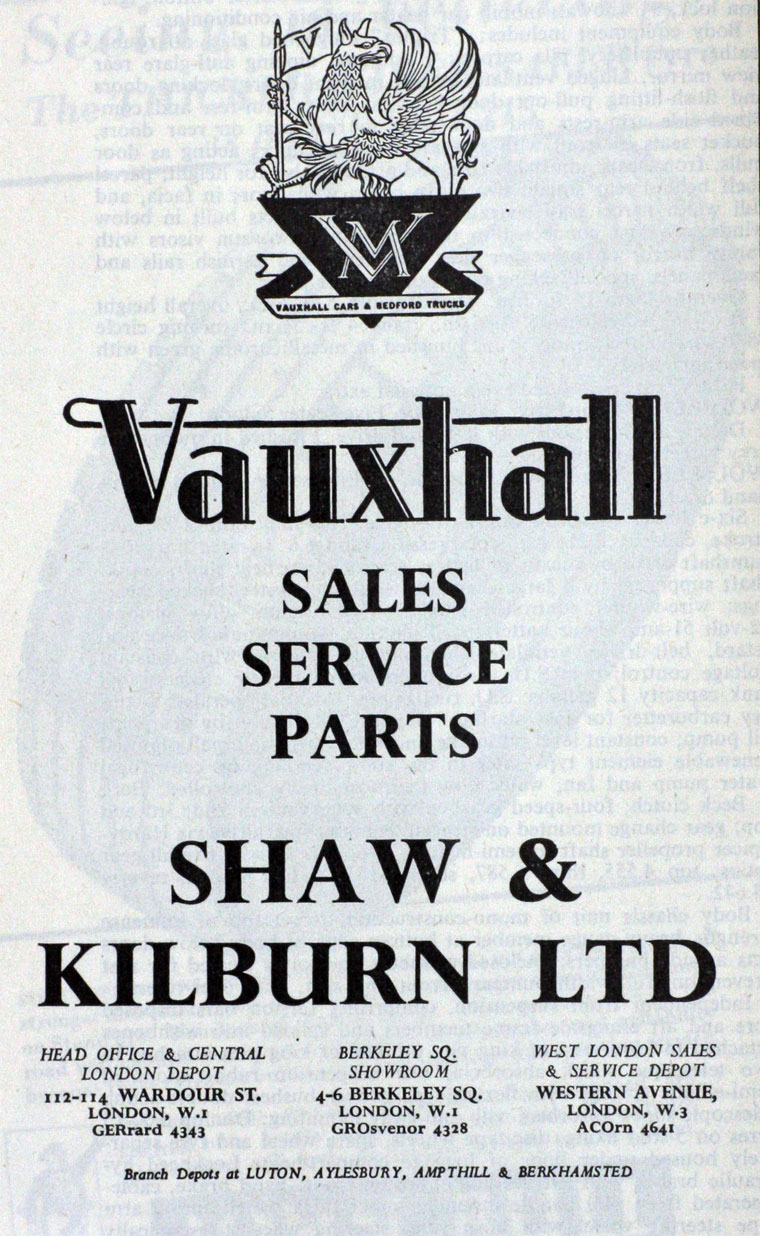 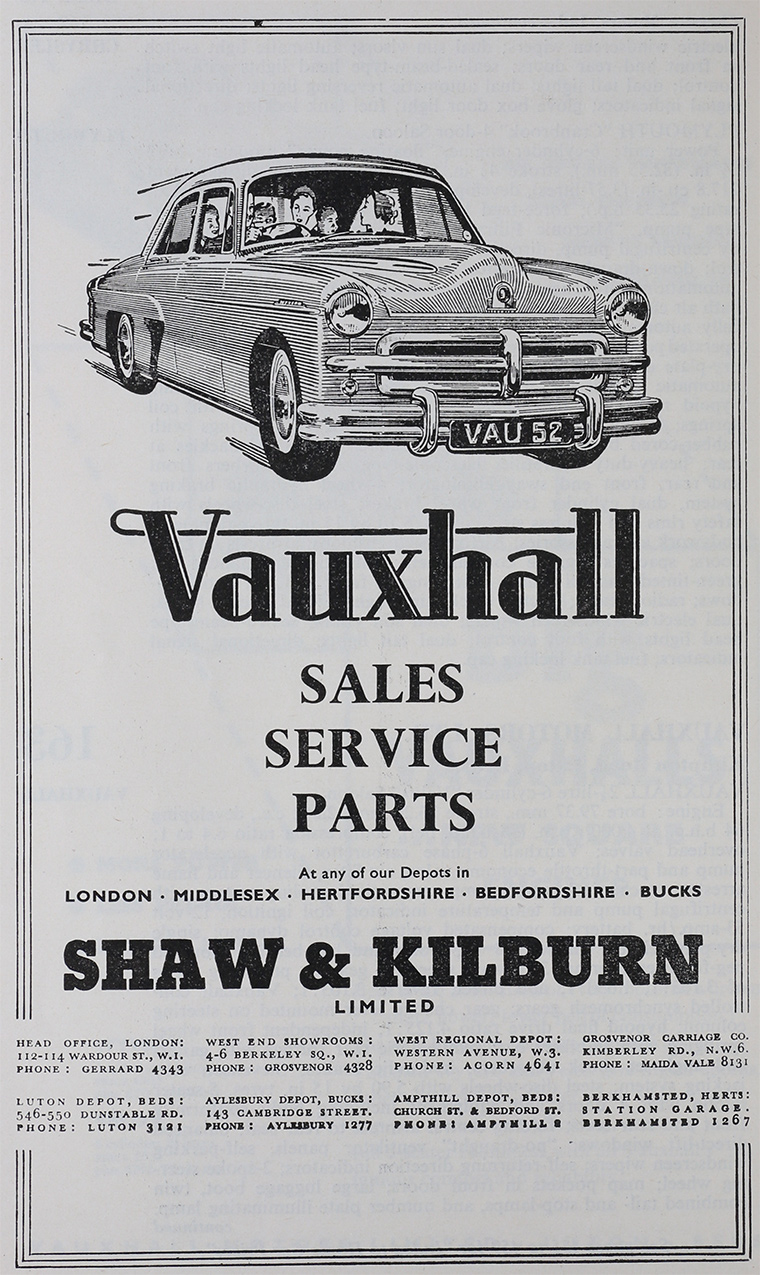 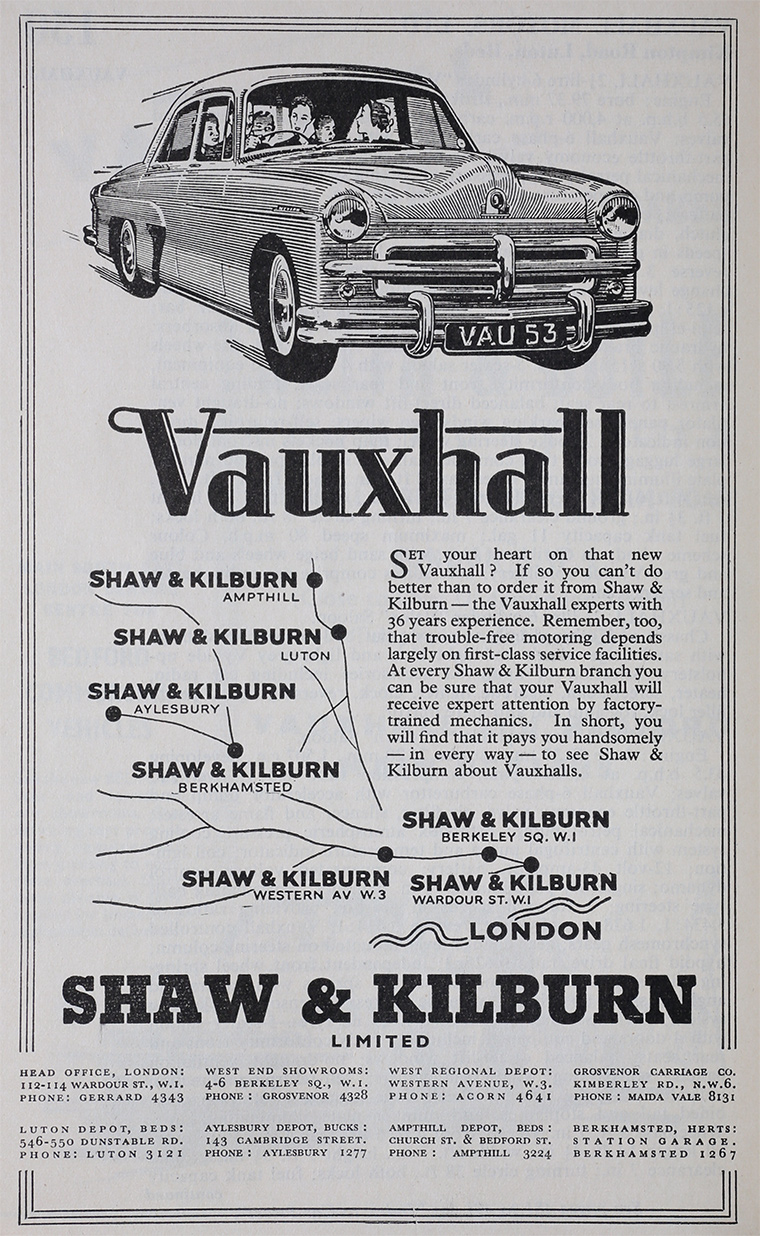 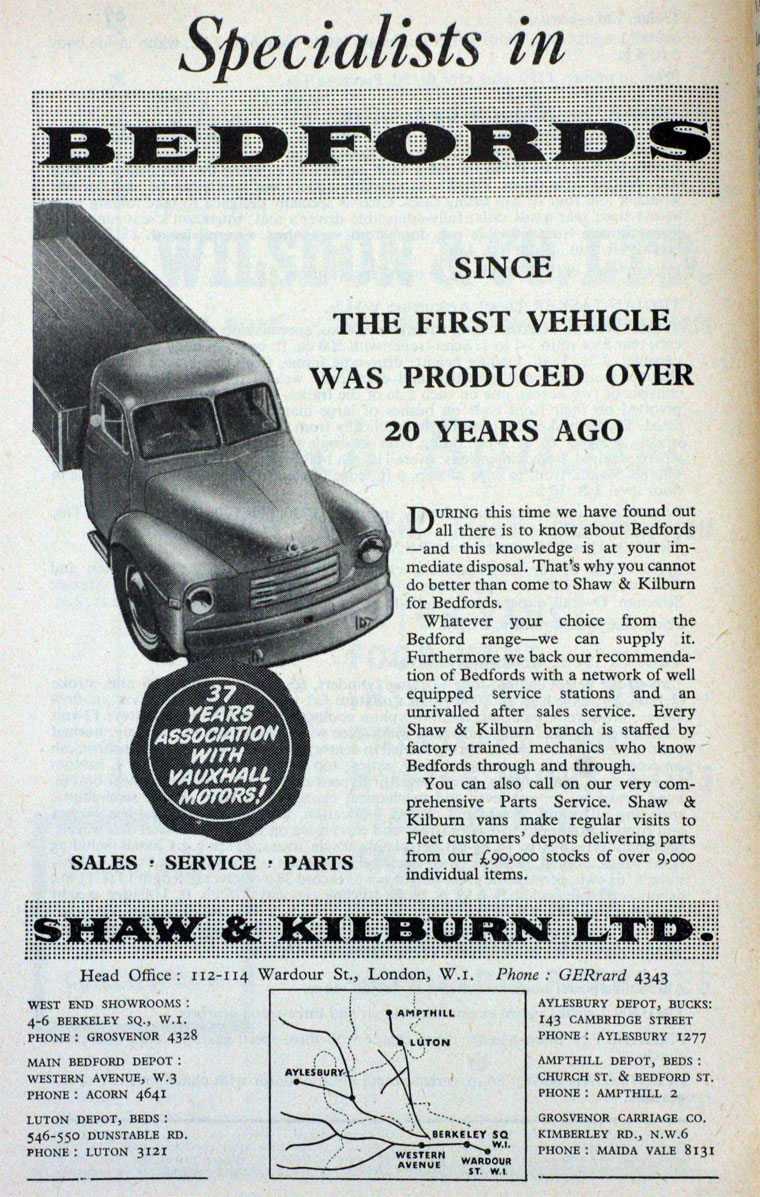 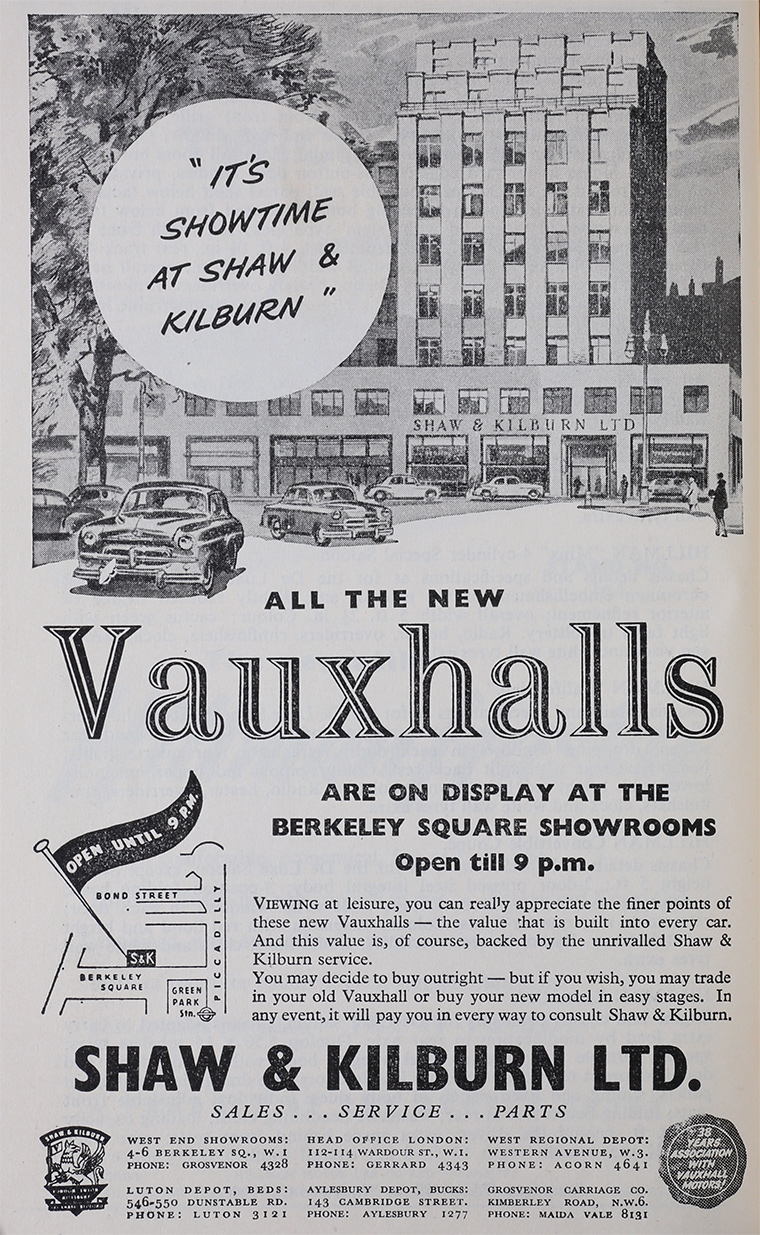 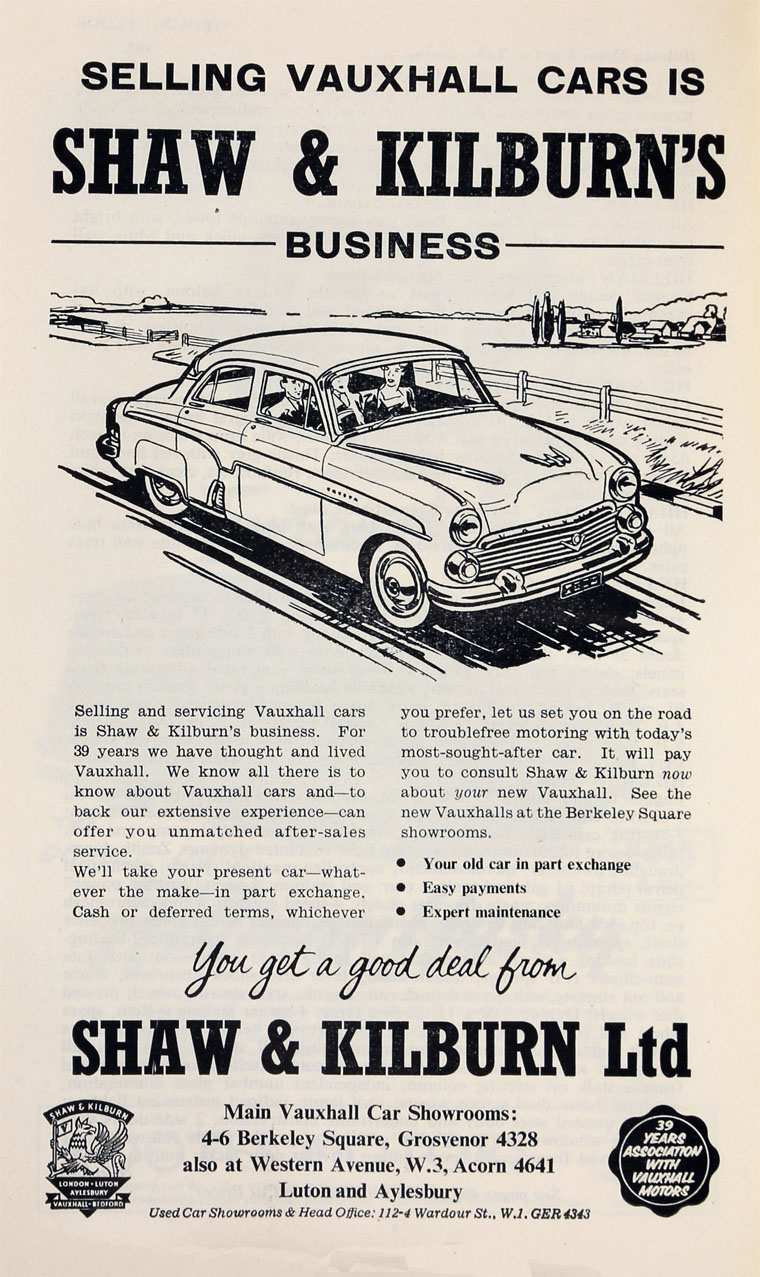 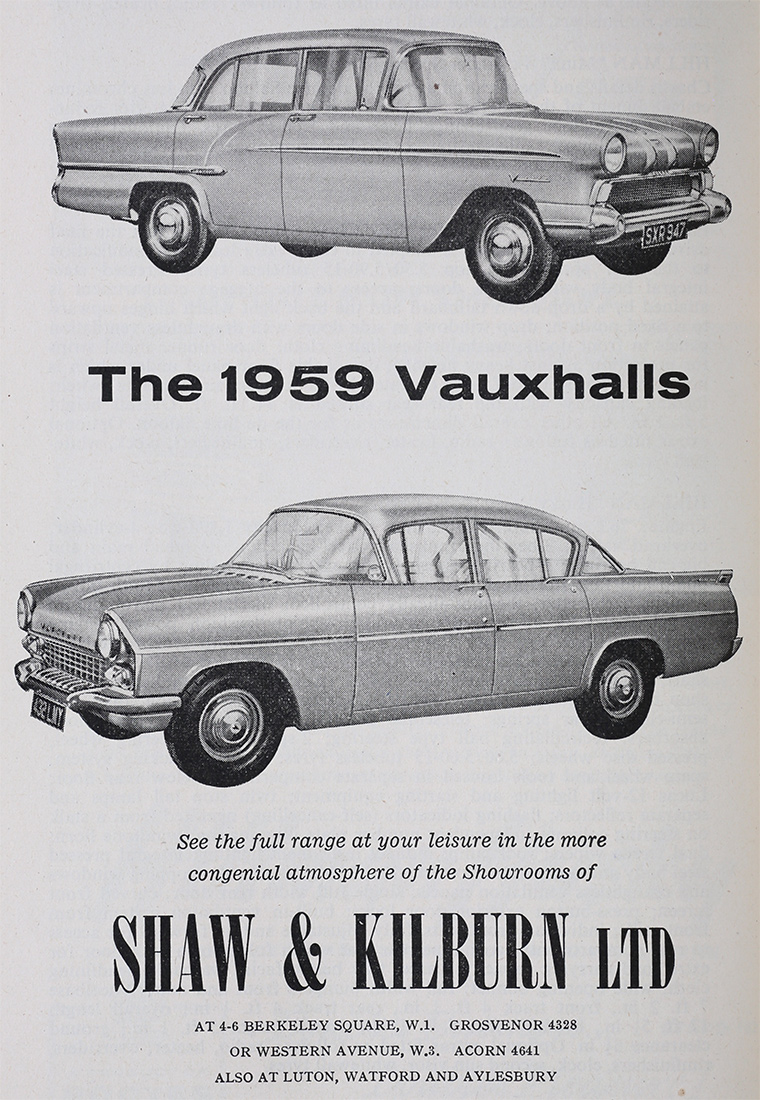 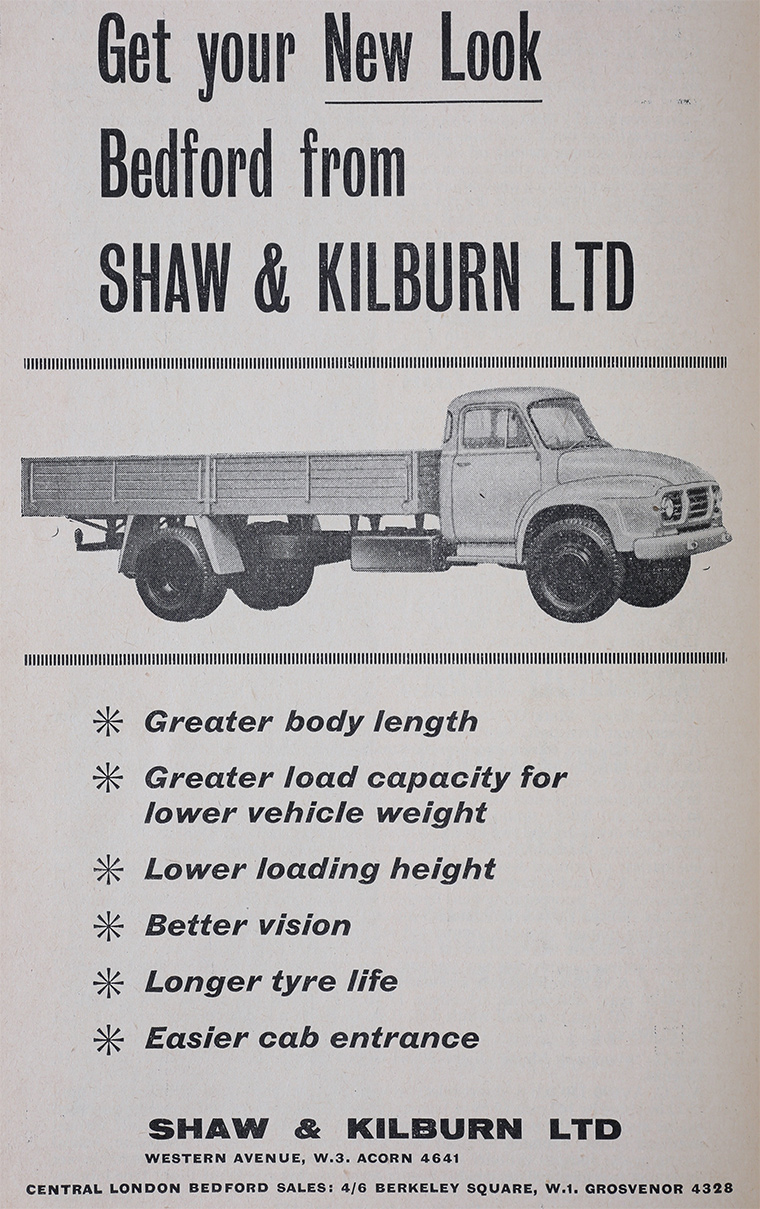 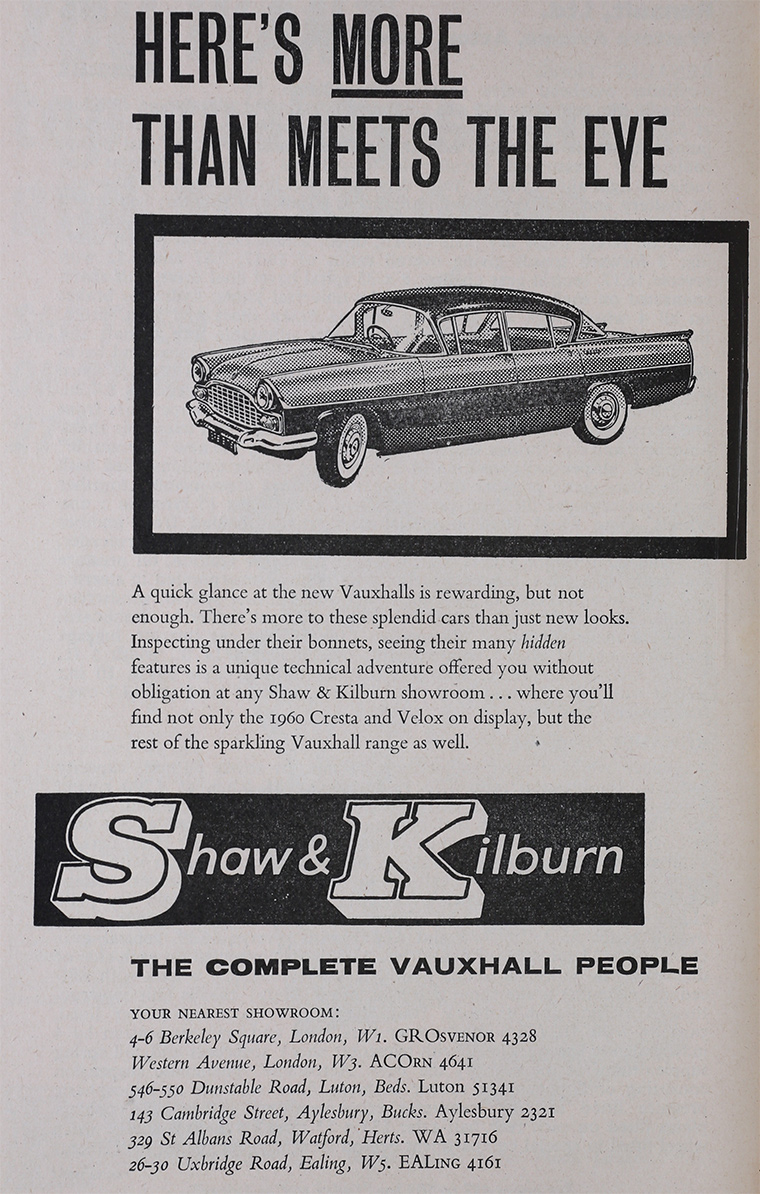 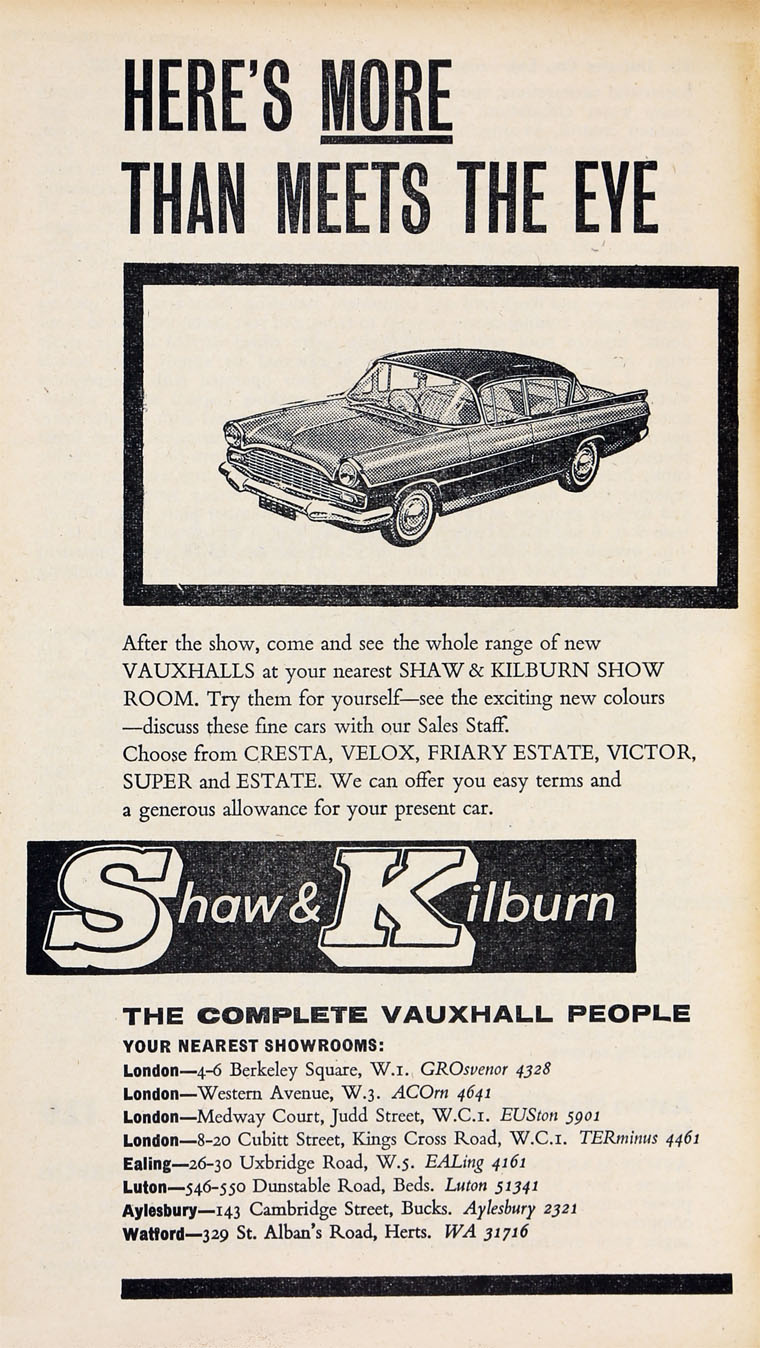 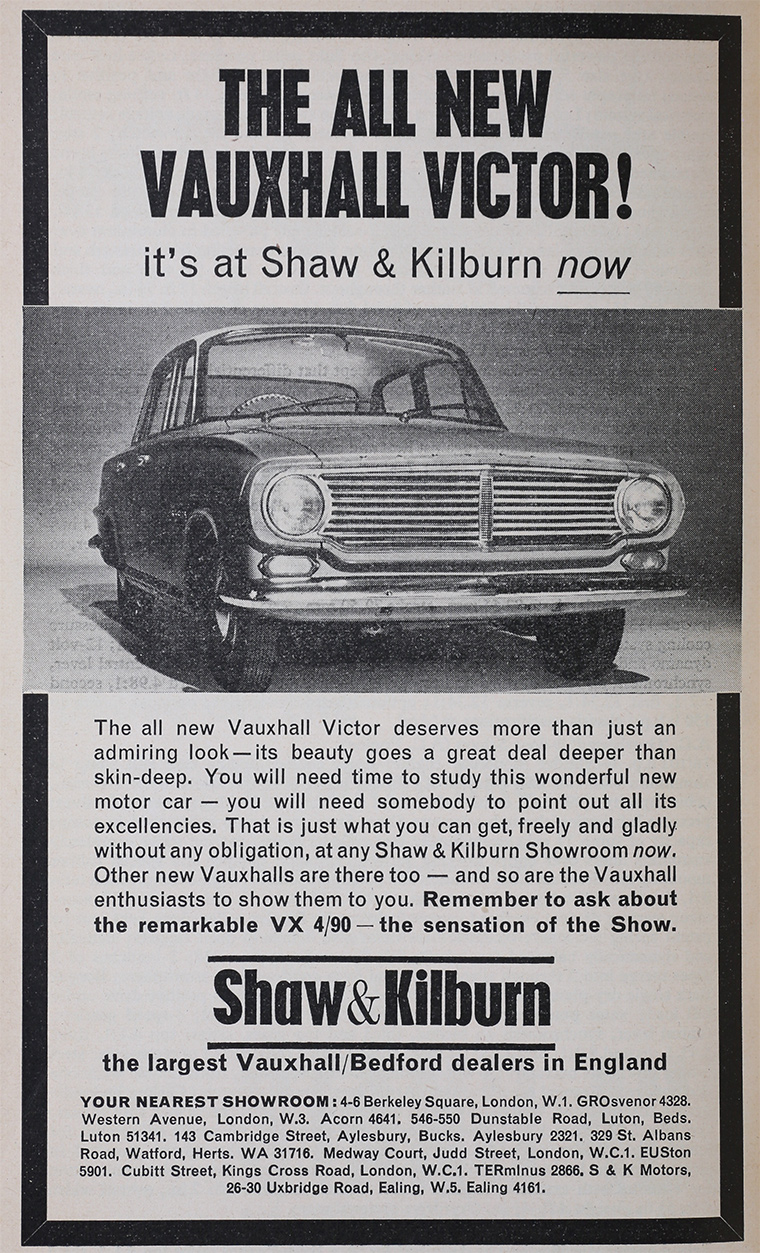 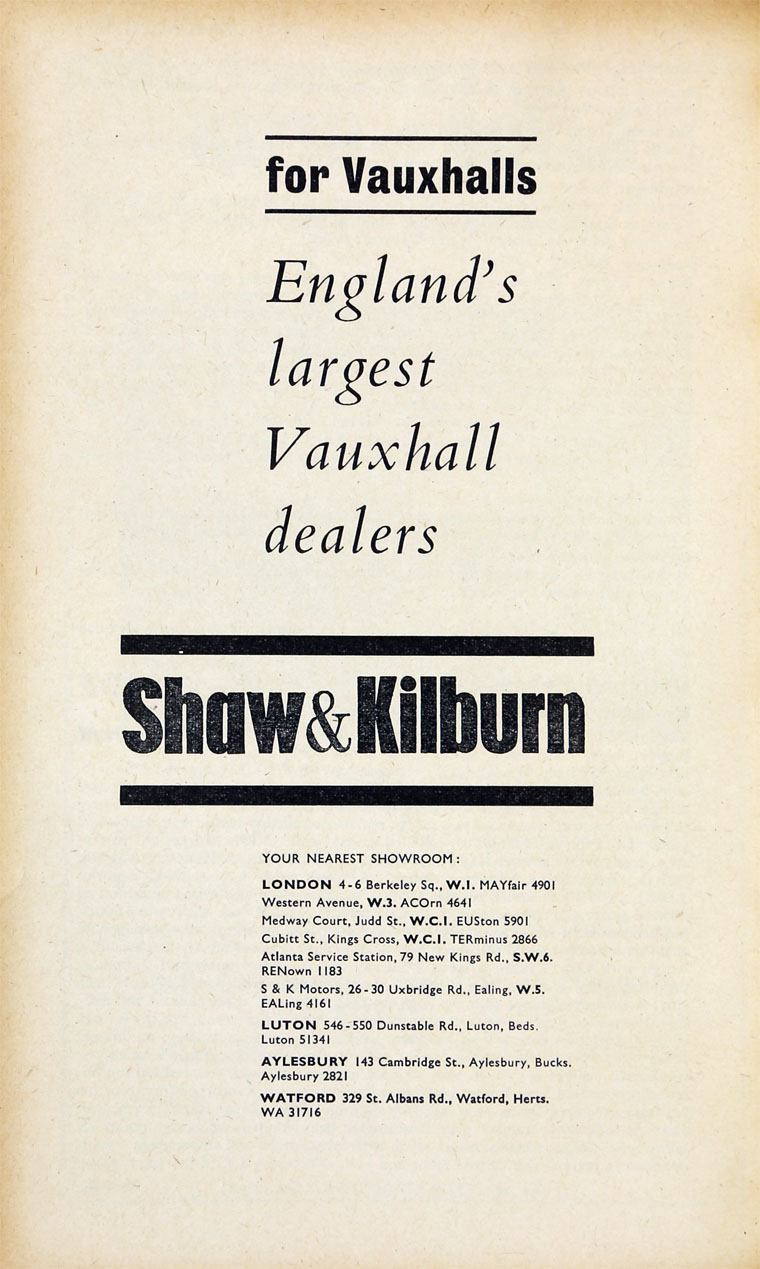 1920 November. Entered the Hudson and the Essex in the London to Edinburgh Top Gear Trial.[2]

1925 March. '...the latest enterprise of Messrs Shaw and Kilburn, Ltd., takes the form, incidentally, of adding accommodation for about 800 cars within 400 yards of Piccadilly Circus, in the very heart of theatredom, and actually adjacent to the Royalty Theatre at 75, Dean Street. If you do not want to enter the premises by that particular thoroughfare, you may do so from 114, Wardour Street you may drive in at either door and out at the other. The huge building in Dean Street has been designed by Sir Henry Tanner and built by Messrs. Trollope and Colls. It was opened on the 2nd inst., when Mr. Drysdale Kilburn took the chair at a luncheon prior to an inspection of the premises, which are built on the five storey principle, giving 32,000 sq. ft. accommodation in Dean Street additional to the firm's modern built Wardour Street premises, and the means, hitherto lacking, of entering or leaving by either street. The floor space is absolutely clear, there being neither pillars nor obstructions. There is adequate accommodation and service in every form for the owner- driver or his motorman, the largest lifts in London being available. They are capable of accommodating four small cars in synchronism, or two of the largest together. Thus is completed the work, which began after the Armistice, when the Wardour Street premises were converted to a motor house on the latest service lines, alike American and Continental ideas being exploited. There are separate departments each furnished a complete executive, concerned with machining operations. Broken parts of car types that are obsolete can be and are actually to be seen any day in the act of being made. There are separate body building and paint shops, and heat treatment furnaces, as well as a department from which practically every type of accessory on the market can be taken out of stock. Another department carries a complete stock of spare parts, especially for all Vauxhall, Hudson, and Essex types, among several others. In the basement is to be found every type of tyre in current use and many other types of perishable rubber goods, including matting, as well as certain leather goods, and so forth.'[3]