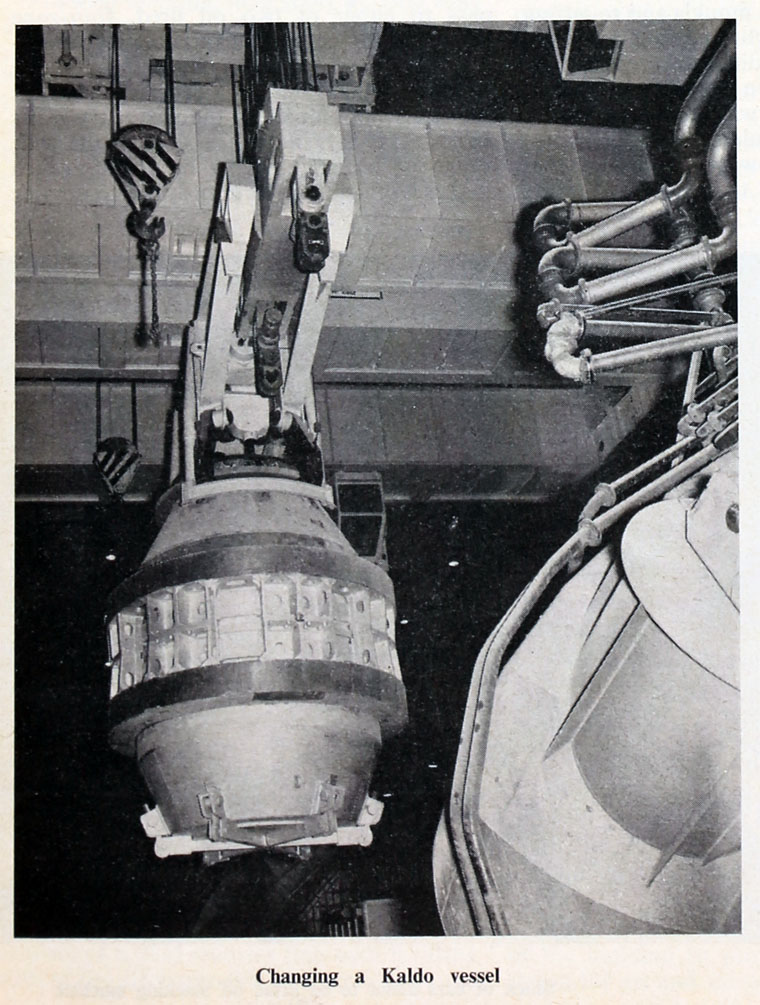 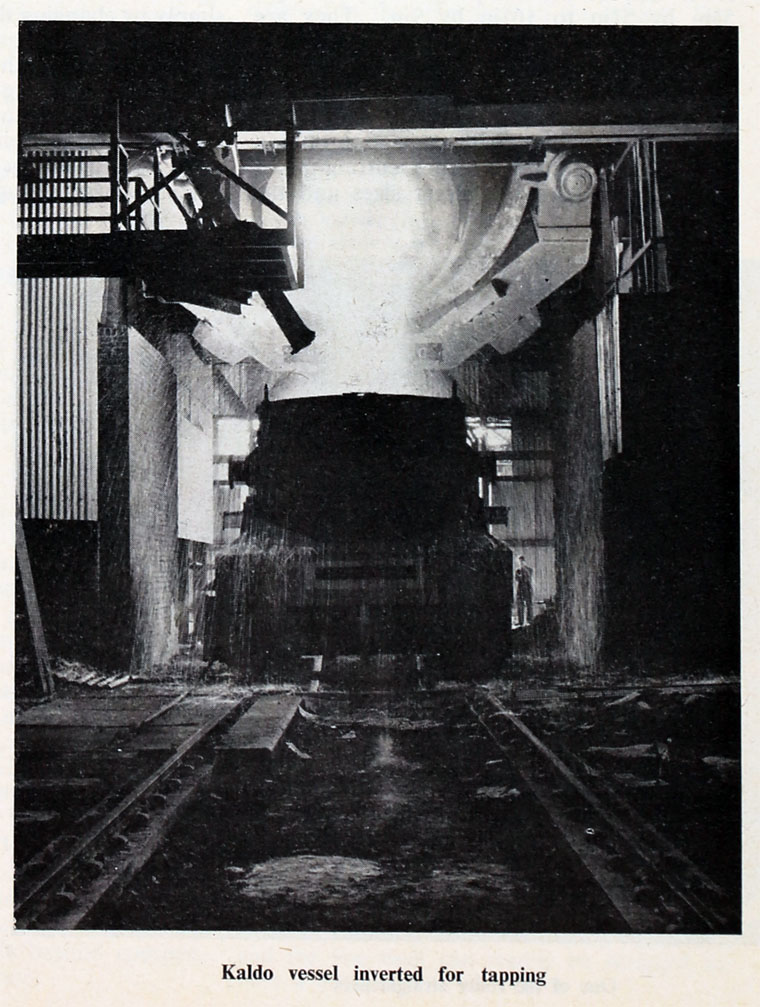 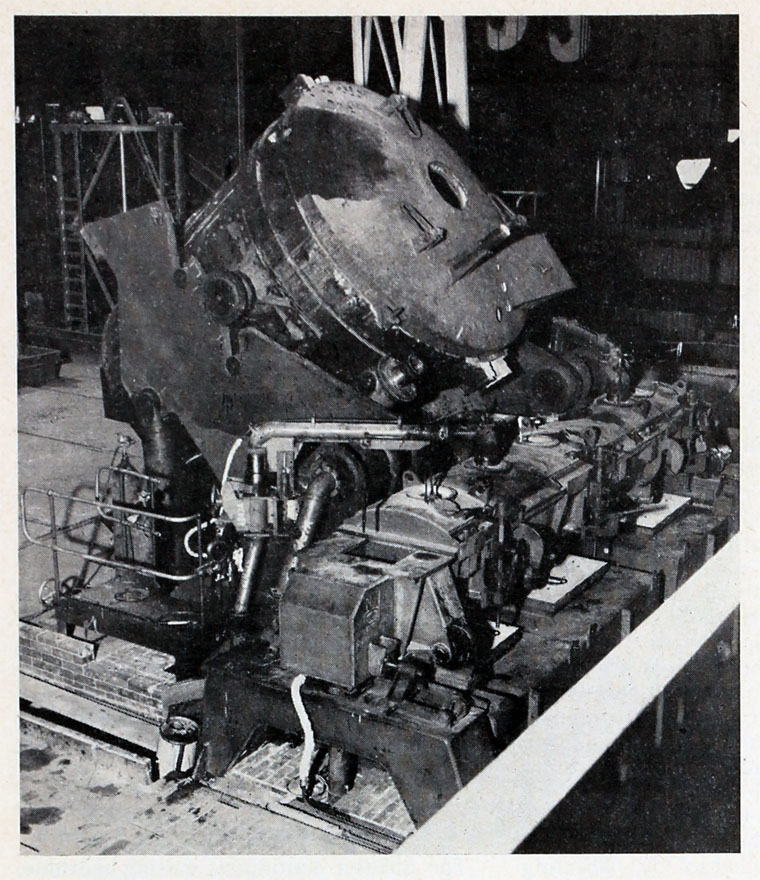 1964. Ladle at casting machine under test ready for commissioning. 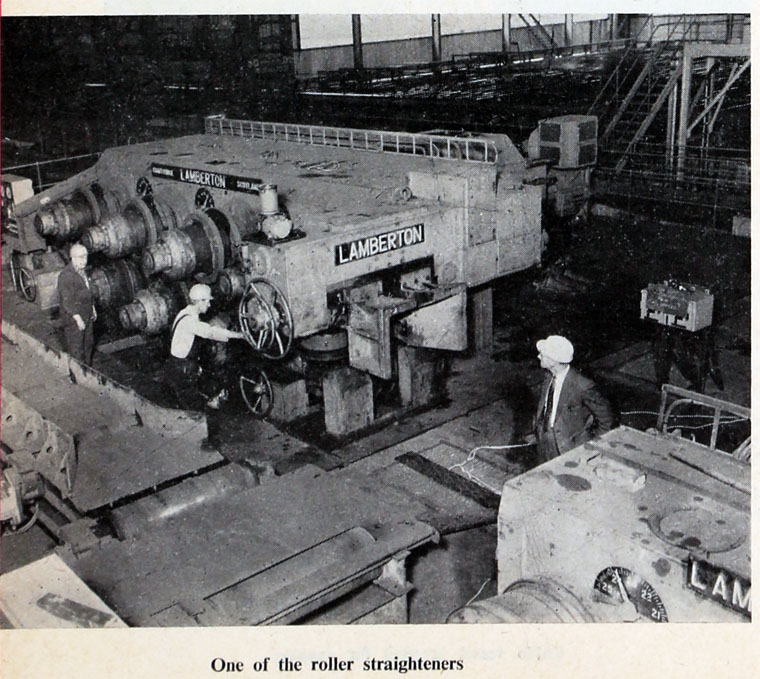 1964. One of the roller straighteners. 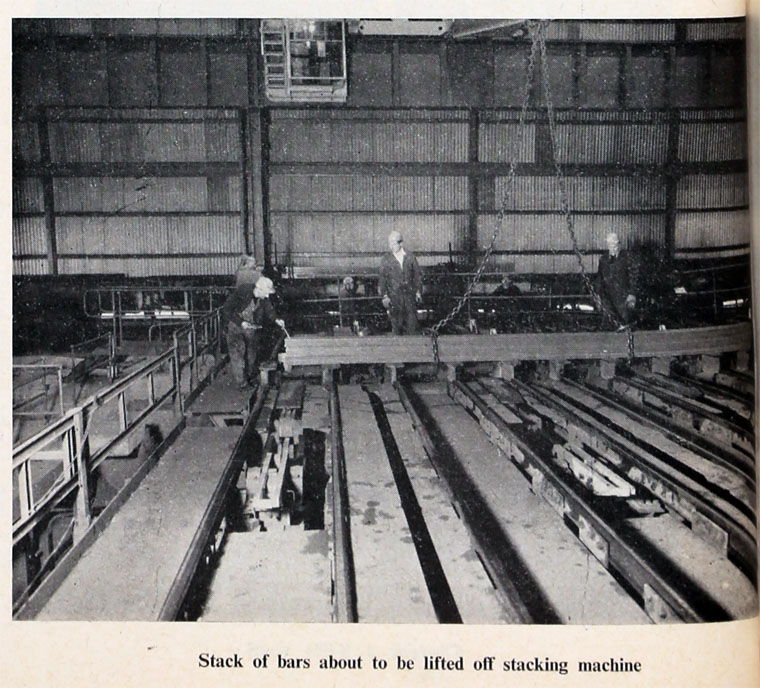 1964. Stack of bars about to be lifted off stacking machine.

1889 The Shelton Iron, Steel and Coal Co was registered on 6 December, to take over the Shelton collieries and ironworks of Earl Granville and the business of the Shelton Iron and Steel Co[1]

By 1946 Shelton Iron, Steel and Coal Co was a subsidiary of John Summers and Sons[2].

1961 the company was still part of John Summers and Sons Ltd[3].