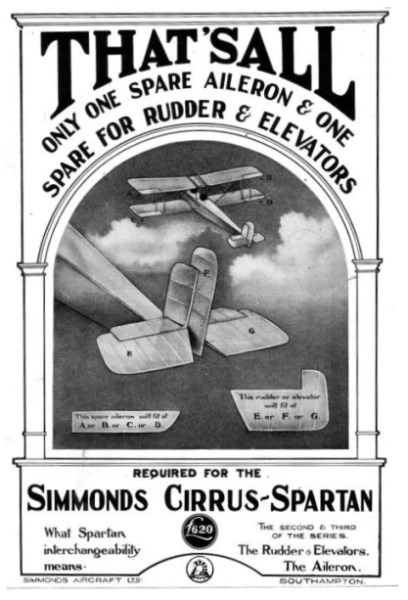 Simmonds Aircraft was formed by Oliver Simmonds, existed between 1928 and 1930 at Weston, Southampton and built 49 Spartan two-seater wooden biplanes.

It then moved its operation to East Cowes on the Isle of Wight, was renamed as Spartan Aircraft Ltd and produced the Arrow, a new two-seater. Other aircraft were the Cruiser, a ten passenger commercial monoplane developed from the Saro-Percival Mailplane of 1931.