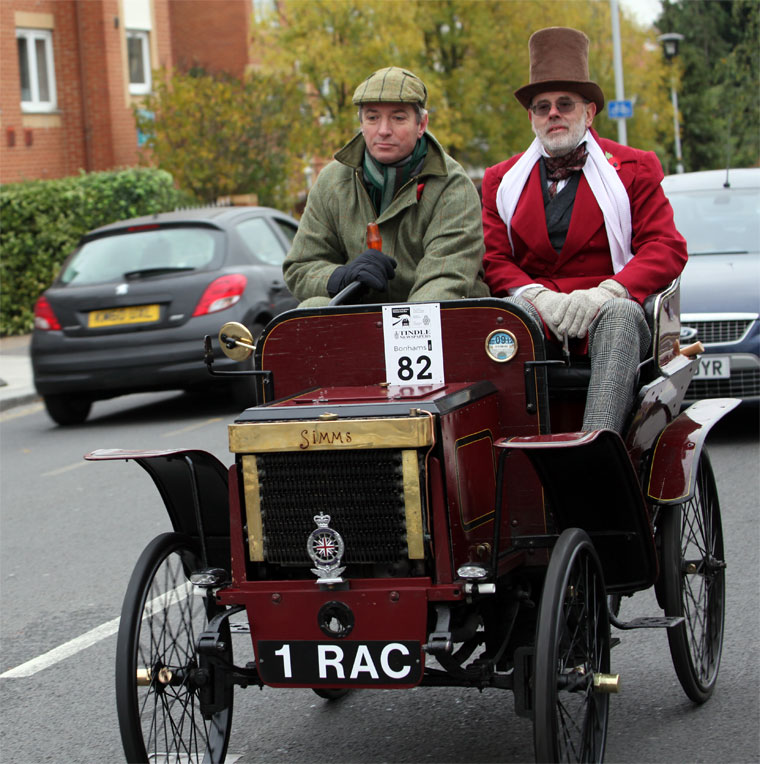 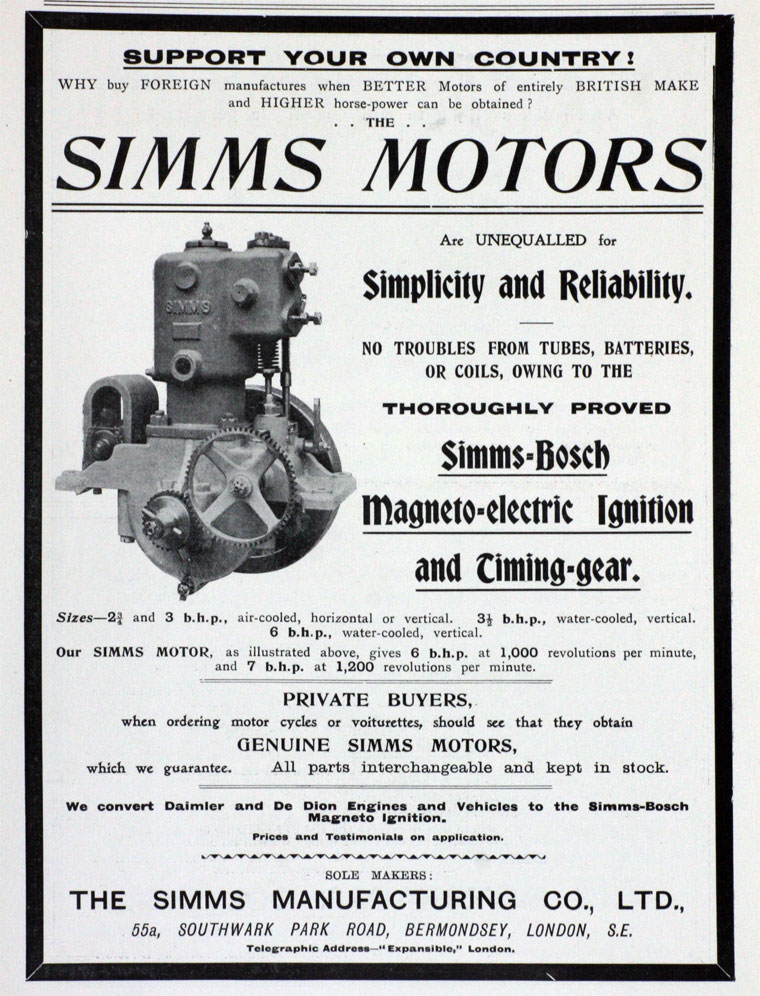 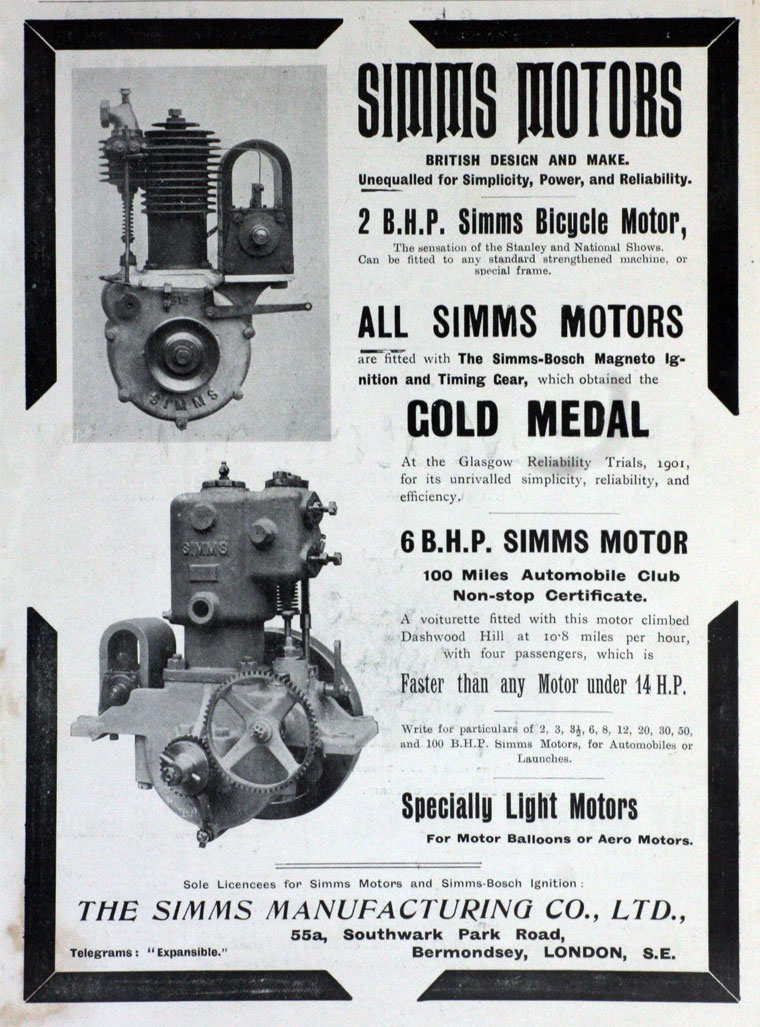 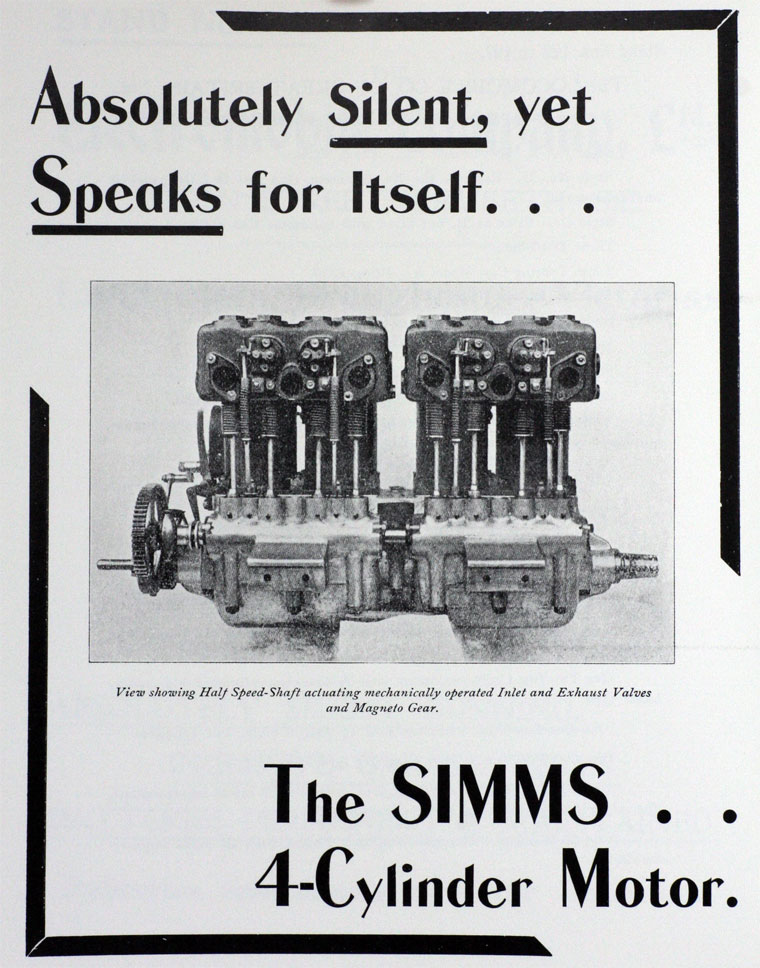 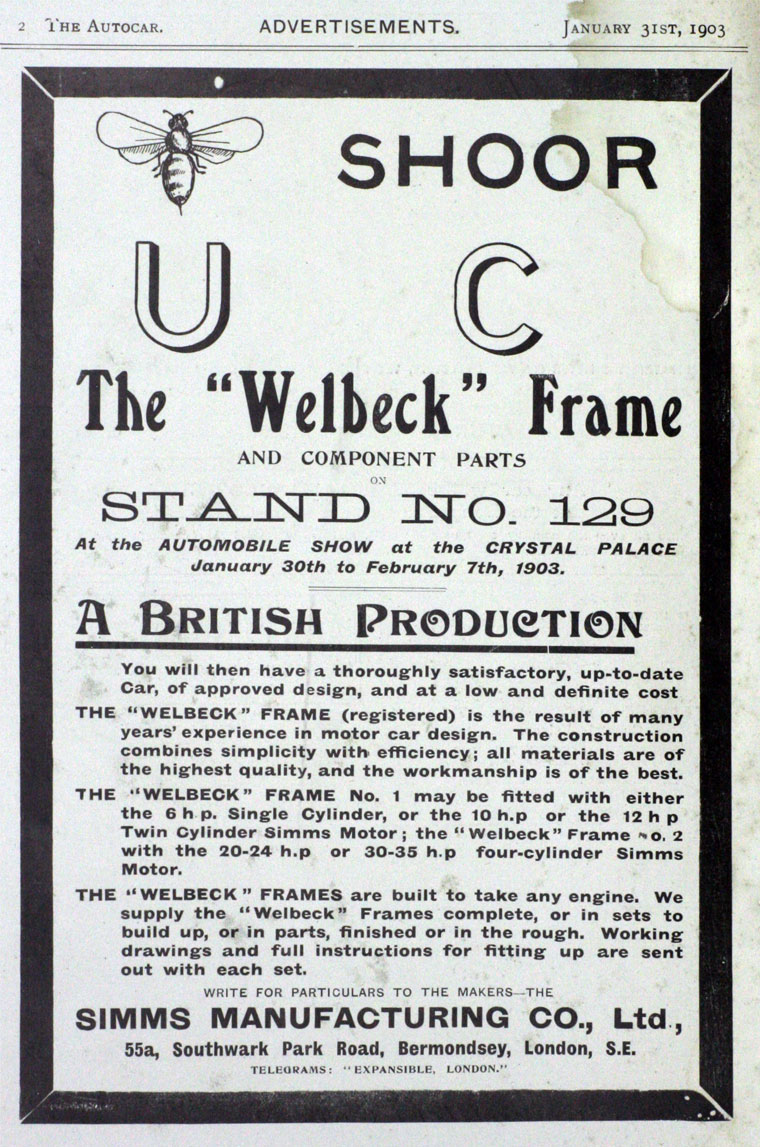 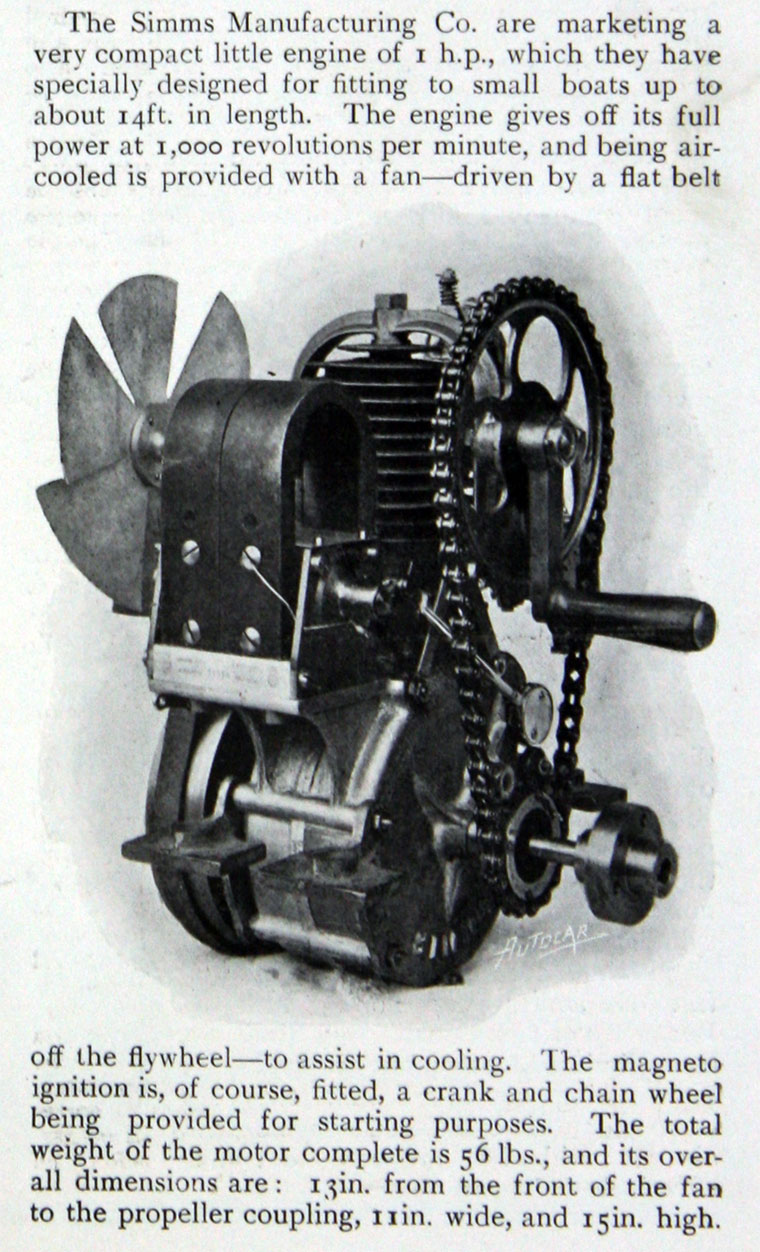 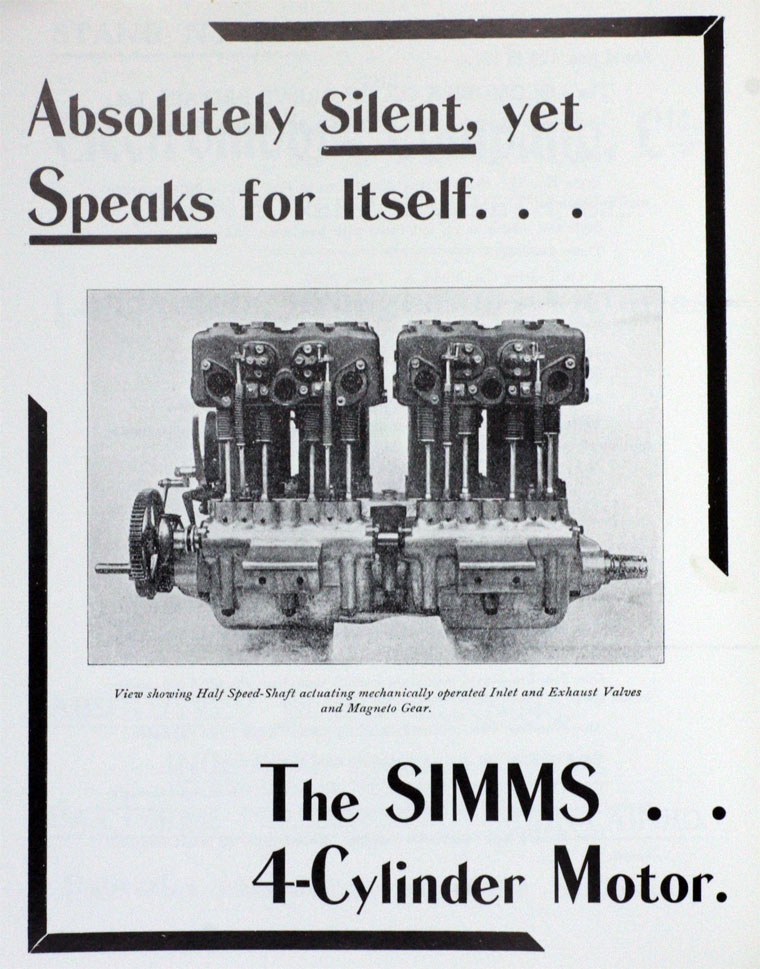 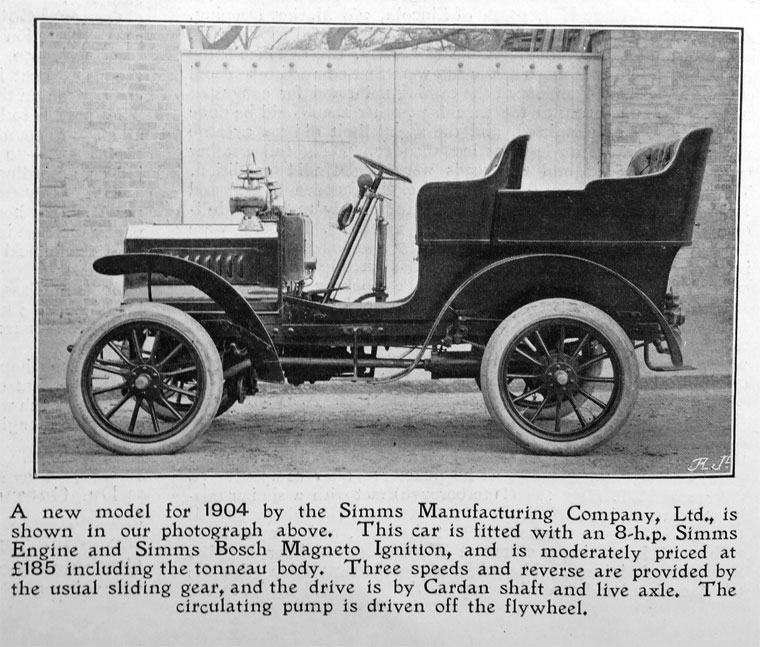 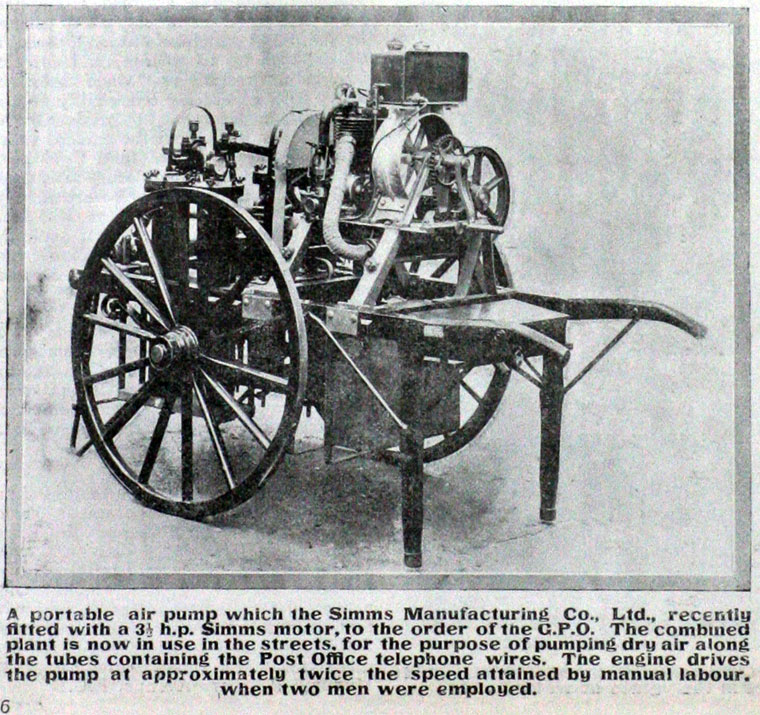 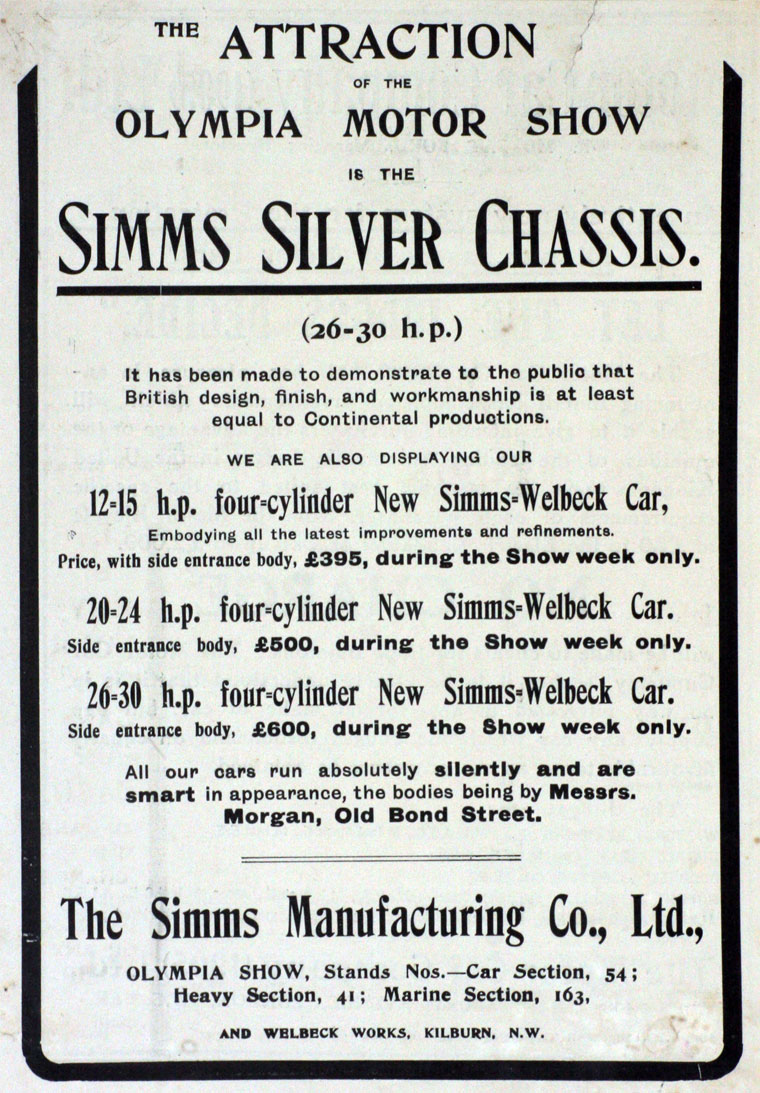 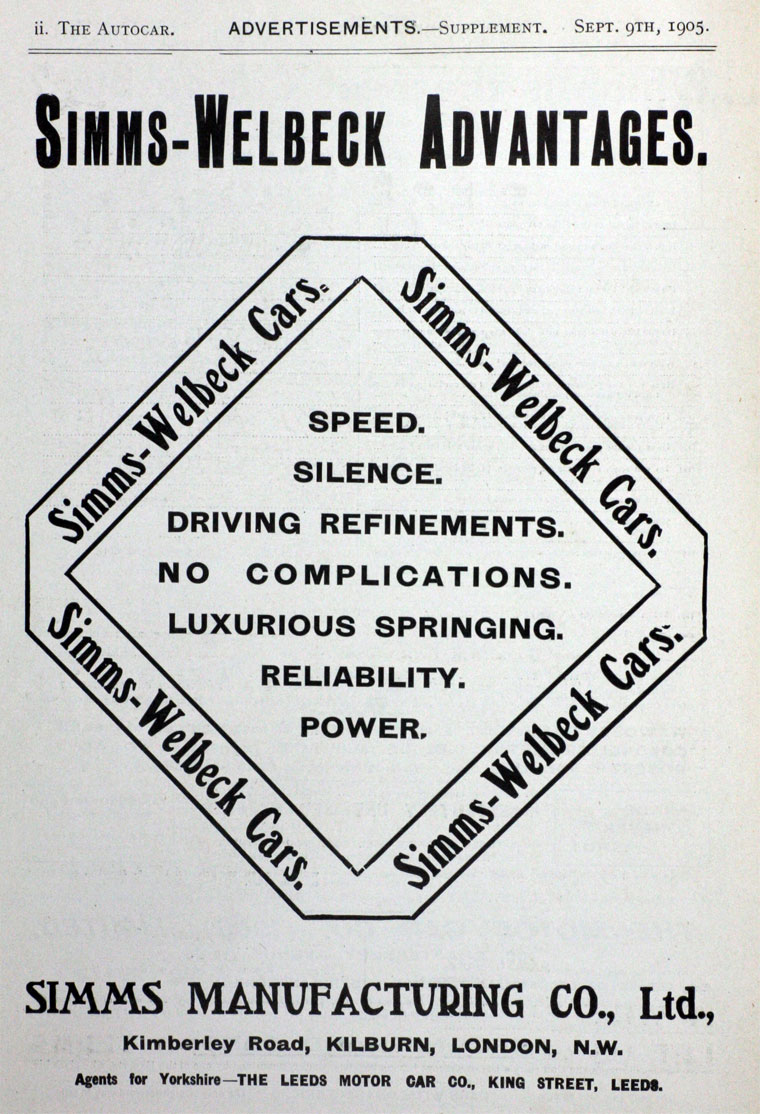 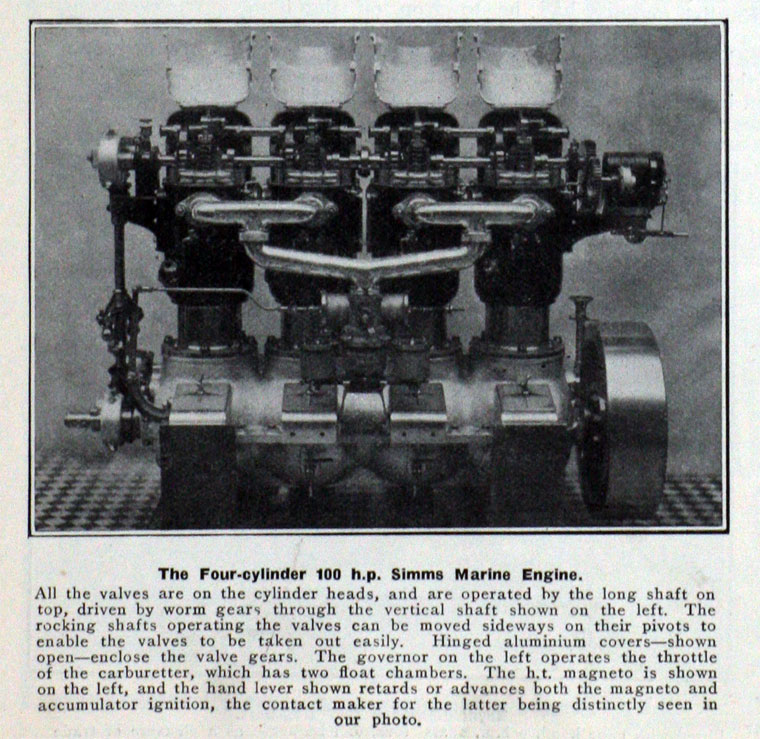 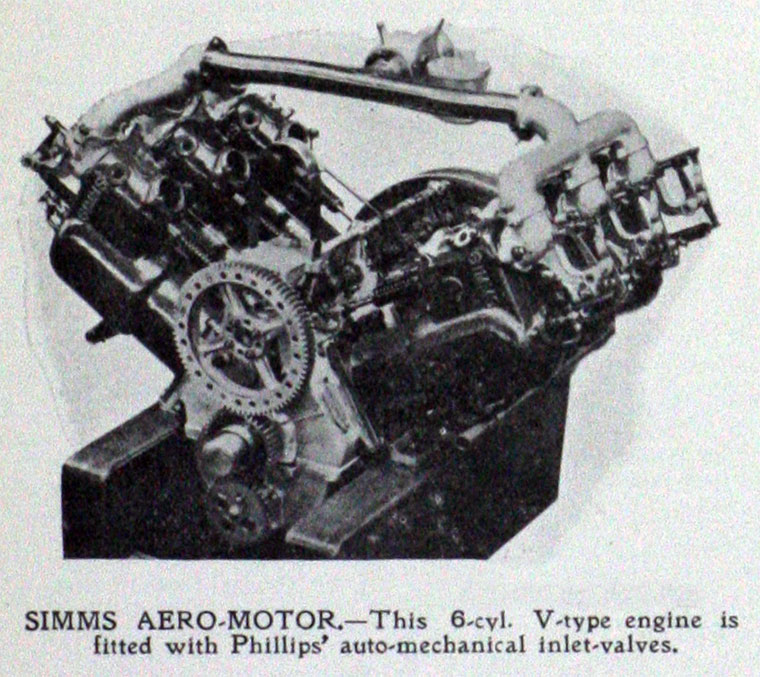 of 55a Southwark Park Road, Bermondsey.

1903 the Simms Motor War car built to the order of Vickers, Sons and Maxim. Full details.[5]

1904 to 1907 Built cars and commercial vehicles, van and heavier chassis, as well as engines for other manufacturers

1906 A bodied single-decker for Durham and District Motor Omnibus Co was delivered from London. This journey took over two days to cover and was 270 miles in distance.

1920 The Kilburn works were virtually destroyed by fire; the slump of 1920–21 in the engineering industry ended Simms's manufacturing until 1926.

The oldest vehicle in the Royal Automobile Club (RAC)'s Heritage Fleet is the 1900 Simms, registered 1 RAC, built by the club's founder. With tiller steering, solid tyres and slightly later 6hp engine fitted, it is thought to be a prototype and probably older than its registration date[14]