(Redirected from Singer and Co)
Jump to: navigation, search 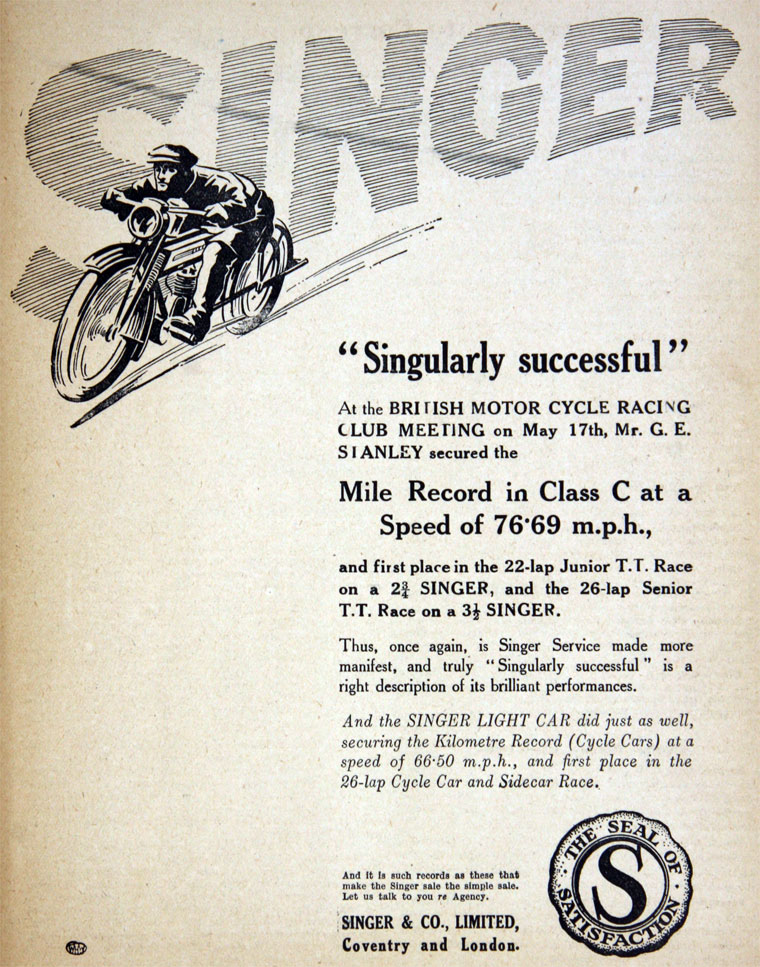 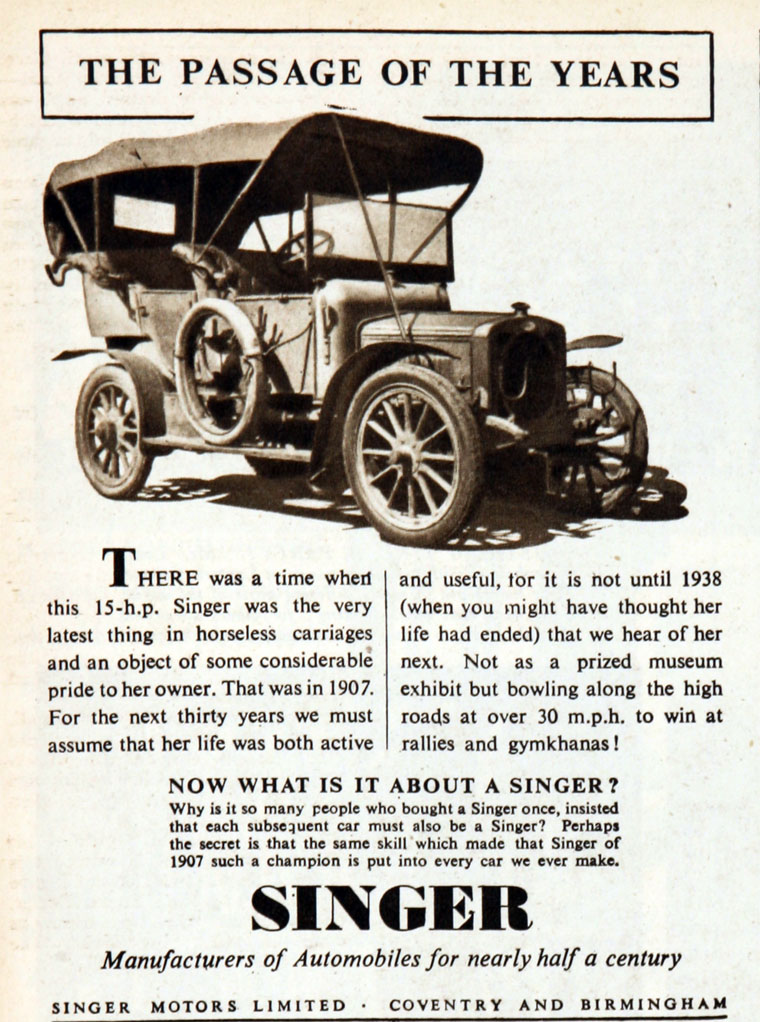 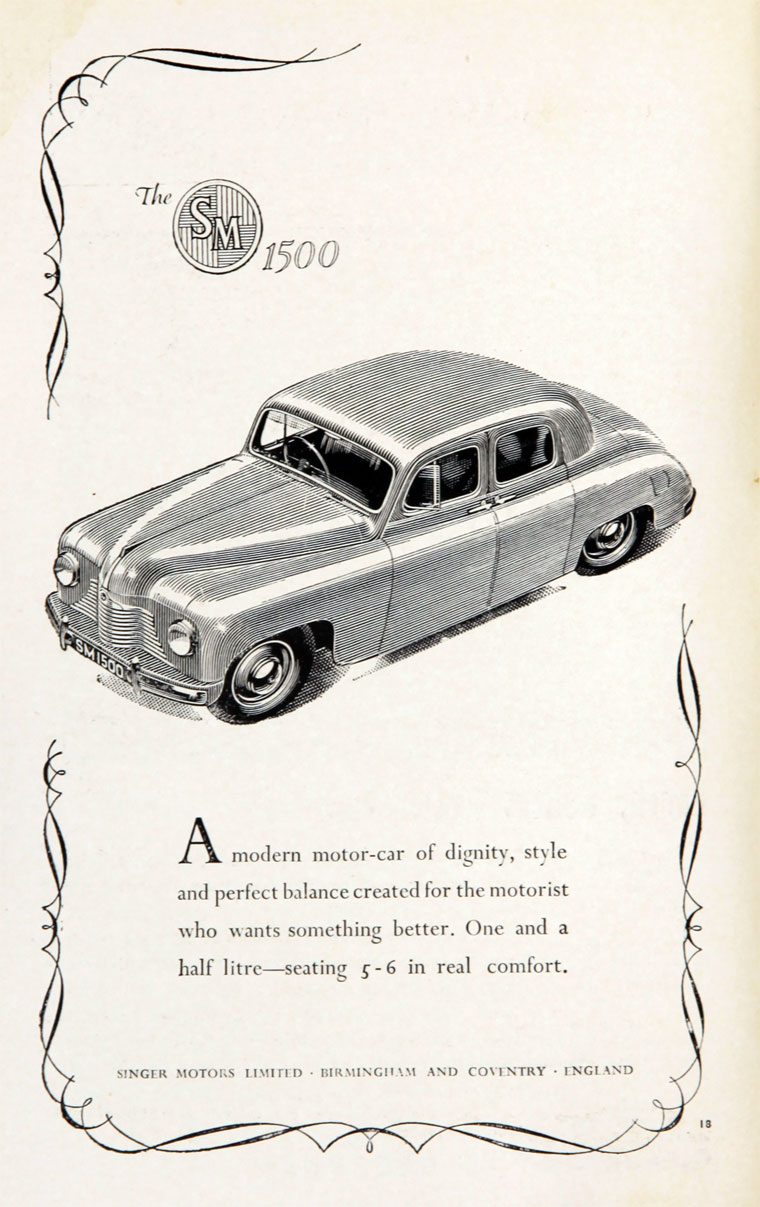 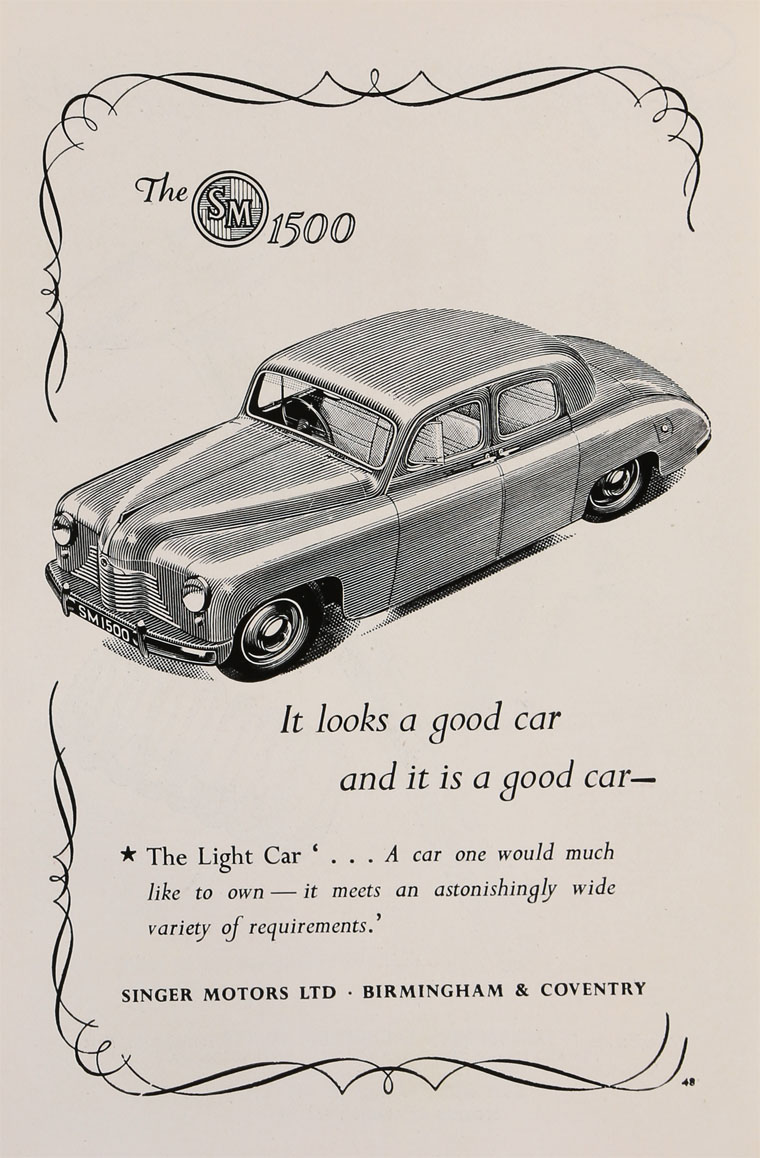 Cycle and motorcycle manufacturers of Coventry, later to become ‎‎Singer Motors of Birmingham, maker of cars and commercial vehicles at Coventry.

1875 Singer and Co formed by George Singer with his father-in-law James Stringer; and produced 'Challenge' cycles.

1878 October 25th. The 'Xtra Ordinary' cycle was patented. Weight 53 lbs. Made by Singer and Co Ltd., Coventry, at the suggestion of George Dominy, an amateur cyclist of Weymouth[1].

1879 Partnership dissolved. '... the Partnership subsisting between us the undersigned, George Singer and James Stringer, who have hitherto carried on the business of Velocipede Manufacturers, at the Challenge Works, Coventry, at No. 21, Holborn-viaduct, London, and No. 57, Bold-street, Liverpool, under the name of Singer and Co., has been this day dissolved by mutual consent. And in future the business will be carried on by the said George Singer, on his separate account...'[2]

1883 Singer and Co exhibited at the 6th Stanley Show - demonstrated a tricycle with all-wheel steering, and a tandem tricycle[5].

1896 May. Singer Cycle Co registered to take over the company; the promoters were the same as had promoted the Dunlop Pneumatic Tyre Co in the previous month[8]

1896 June. Singer Cycle Co Ltd was formed to acquire the assets of Singer and Co. Directors: Earl of Warwick, Earl of Norbury, J. Savile Lumley, Paget Mosley, Frederick Faber MacCabe and George Singer. Existing contracts disclosed were mostly with or involved E. T. Hooley[9]. The company was one of those promoted by E. T. Hooley[10].

1905 First four wheel car produced, with a 3 cylinder 1400 cc engine, made under licence from Lea-Francis.

1906 Singer and Co Ltd own all the shares of the Singer Motor Company. George Singer and J. Stringer are directors. [14]

1912 Listed in Spennell's directory of Coventry as Cycle Manufacturers. [15]

1912 Spennell's lists them at Canterbury St, Coventry (Wire, Singer; Tel 571) and as manufacturers of motorcycles. [16]

1956 The company was in financial difficulties and the Rootes Group who had handled Singer sales since before World War I, bought the company, and closed the Coventry works.