1936. Erecting the steel spans of the Kincardine-On-Forth Bridge. 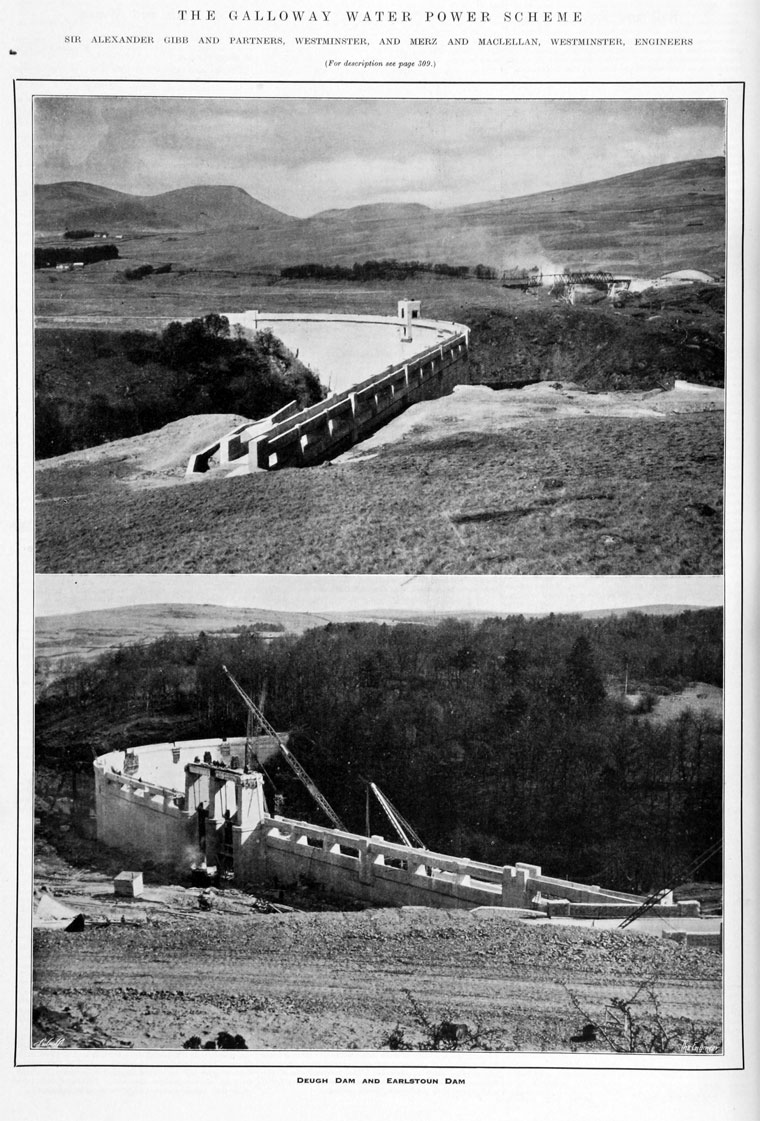 1922 the firm of Sir Alexander Gibb and Partners was established.

For the first ten years the business was not very rewarding financially.

Gibb and his friend C. H. Merz designed Barking Power Station and later the Galloway hydroelectric development, the first major work of its kind to be linked to the national grid.

Gibb resolved to make his firm the largest of its kind in the country. The firm had projects all over the world.

1930s In addition to heavy civil engineering, under the direction of Hugh Beaver, the firm brought together architecture and mechanical services with civil engineering, and so was able to offer to industrial clients a complete service

1939 Hugh Eyre Campbell Beaver was a partner of the company.

Other notable designs were the Kincardine Bridge, Guinness and Co's brewery at Park Royal, the Captain Cook graving dock at Sydney, the Singapore naval base, supervision of construction of Phoenix units for the Mulberry harbours and an underground factory for aeroplane engines at Corsham.

1948 With Kennedy and Donkin, prepared specification for the Owen Falls hydro-electric scheme on the White Nile[1]