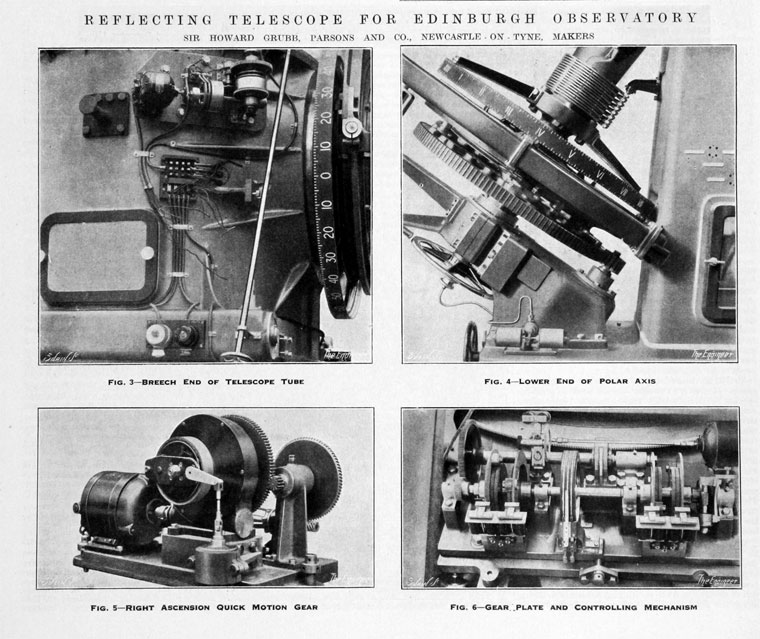 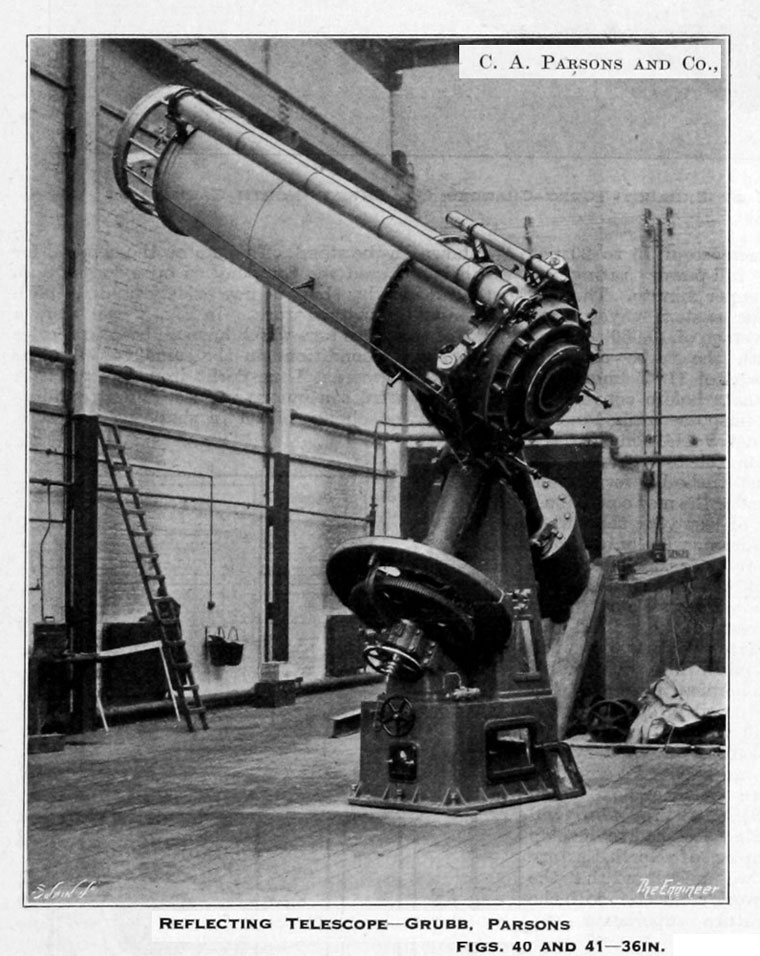 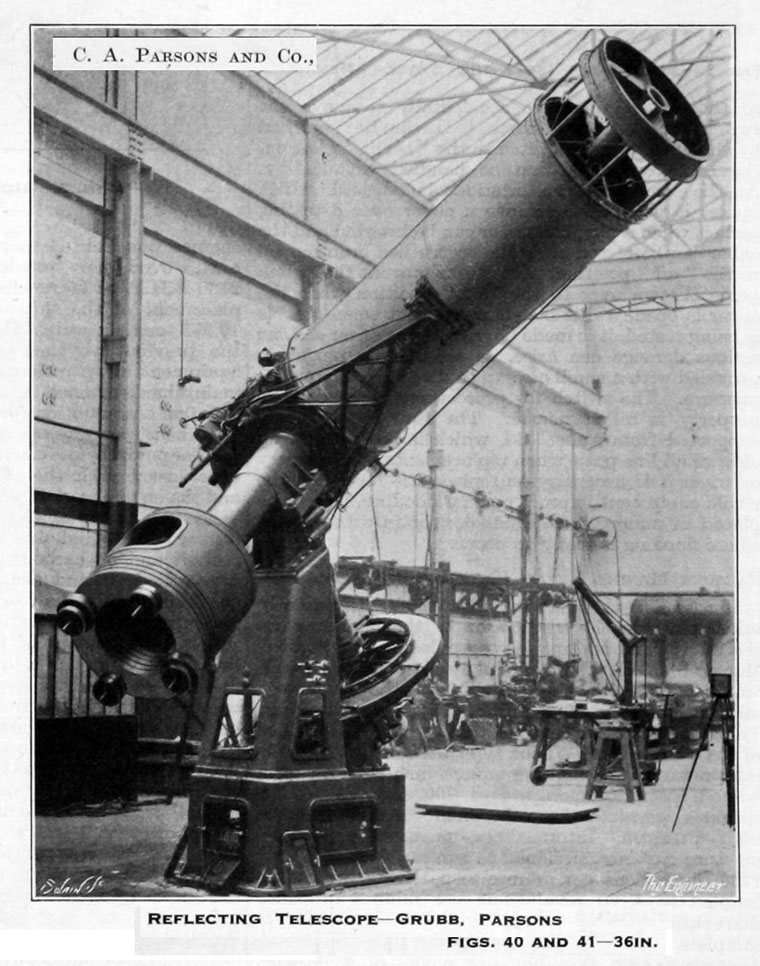 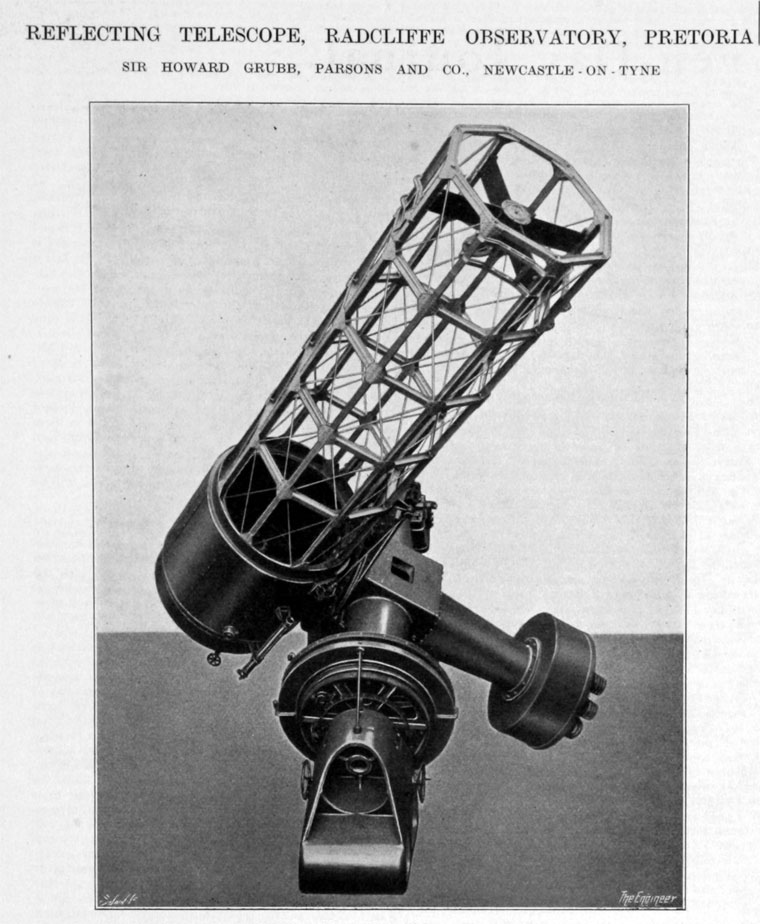 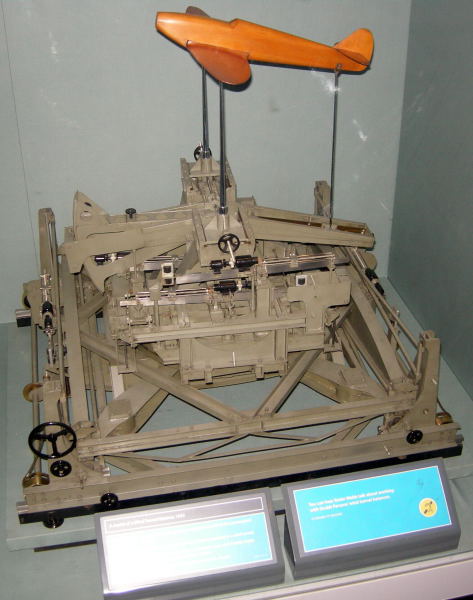 Model of 1942 wind tunnel balance on display at the Discovery Museum, Newcastle. 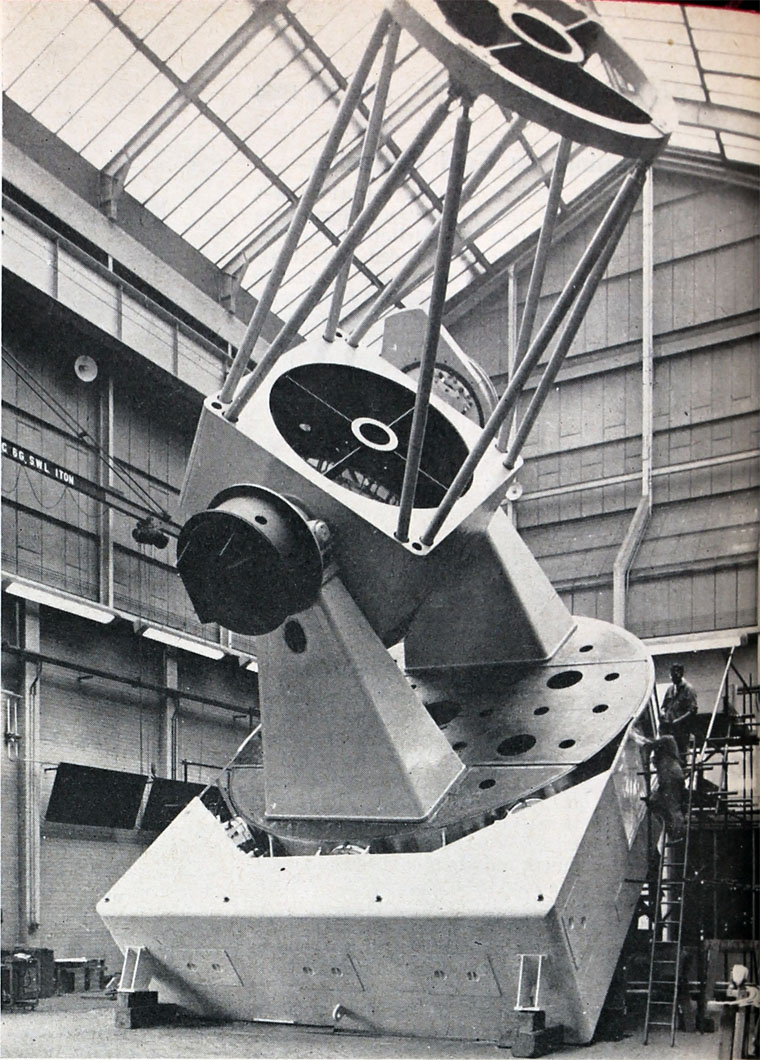 1964. Constructing the Isaac Newton telescope for the Royal Greenwich Observatory.

c.1826 Thomas Grubb established an optical works at Rathmines near Dublin [1]. This was the foundation of an engineering and scientific instrument business.

Thomas Grubb was skilled in practical optics, which led to the construction of astronomical telescopes, and in 1835 he had built a 15-inch (38.1 cm) reflector for Armagh Observatory.

He was privately educated and then attended Trinity College, Dublin.

In 1862 The Government of Victoria wanted to obtain a large reflecting telescope for the southern hemisphere; the Royal Society was asked for help and assistance and recommended that the instrument be made by Thomas Grubb.

c.1865 In order to assist his father with the design and construction of the telescope, Howard Grubb was withdrawn from Trinity College.

1868 The telescope was finished and declared a "masterpiece of engineering" in the Royal Society report. The reflector was installed at Melbourne South Australia, and remained the largest of its kind until fairly recently.

1868 On his father's retirement, Howard Grubb assumed control of the works which were moved to larger premises in Rathmines, Dublin.

Between 1870 and 1880 he completed several refractors capable of studying the images of bright stars.

Most of Grubb's stelescopes were refractors for observatories such as Tulse Hill, Dunecht, Oxford University, Vienna, Hyderabad, Mississippi, Simeis in South Russia and Cape Town.

c.1880 It is believed that Grubb was the first to suggest the use of rising floors in observatories.

1883 Became a Fellow of the Royal Society.

1900 Other instruments were also constructed by Howard Grubb, such as an optical gun sight and a submarine telescope for the British Government.

WWI. During the war, the works were used for the manufacture of those instruments. The business was moved to St Albans[3]

1925 The business was acquired by Sir Charles A. Parsons, following Sir Howard's retirement and return to Ireland.

The business was renamed Sir Howard Grubb, Parsons and Co, and a new factory was specially built in Newcastle-upon-Tyne.

1931 He died on 17 September, at Monkstown, County Dublin, at the age of eighty-six.