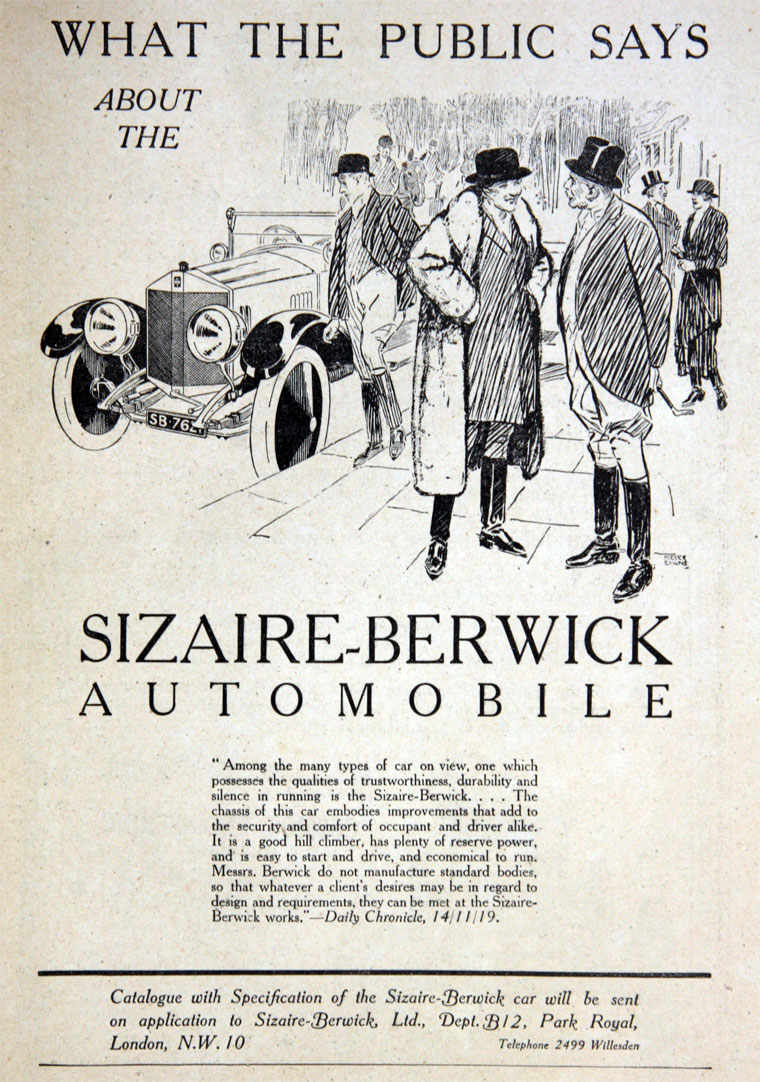 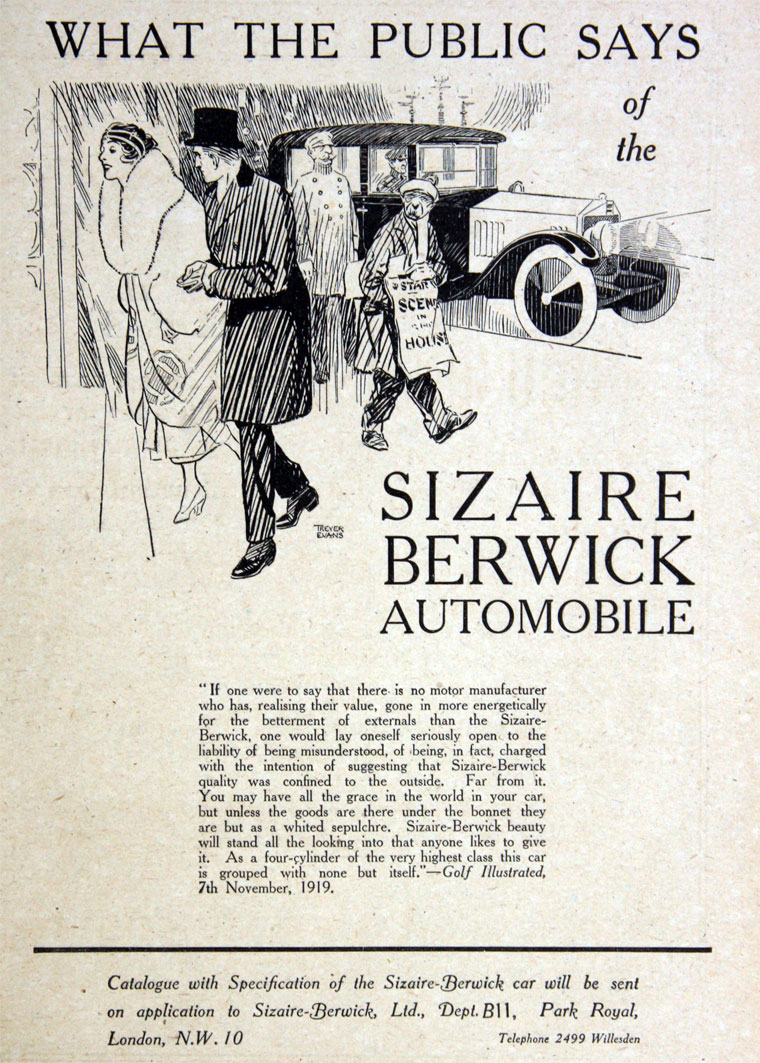 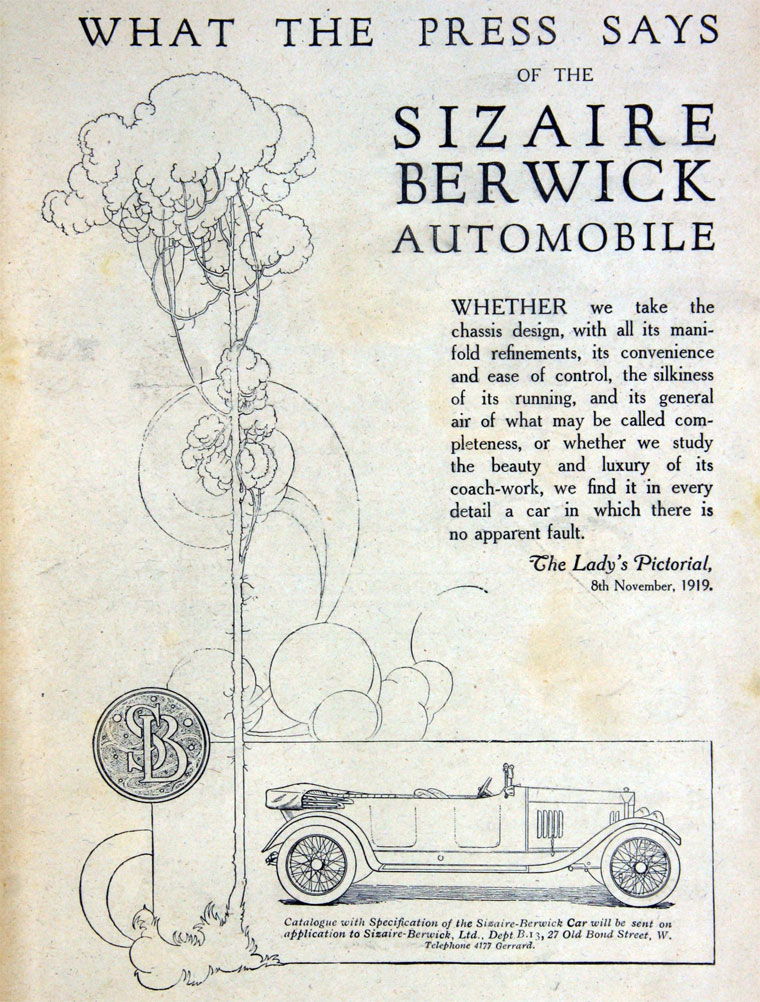 1912 the motoring journalist W. F. Bradley, based in Paris, brought Berwick together with brothers Maurice and Georges Sizaire who were looking for a new patron. Maurice was the designer, whilst Georges developed and raced the cars. An agreement was reached where Maurice would design a car along lines agreed with Berwick and to be built in Paris.

A few cars were ready for both the Paris Salon and the London Motor Show of 1913 and a production of five cars a week followed until August 1914. Chassis were driven to the coast in groups of three and road-tested en-route by Jack Waters, prior to shipping to England. Pre-war bodies were built and fitted at Highgate, London NW6.

1914 The cars, with bodies by H. J. Mulliner, gained a reputation for quality

At the outbreak of war the remaining completed chassis were bodied in London as armoured cars for the Royal Naval Air Service (RNAS). Supply of cars from France ceased and the new factory at Park Royal was used to produce aircraft and engines.

Eventually Park Royal had 5,800 employees at its wartime peak. Berwick had planned the new factory with post-war car production in mind, assuming that, after the war, production of the Sizaire-Berwick car would be undertaken in England. Coachbuilding was also carried out on this site (coachbuilders working there included Webb, Park and Ward, both to later have their own coachbuilding firms).

An agreement had been made with the Austin Motor Company during the war to fit bodywork to some Austin models at Park Royal.

1920 October. Receiver appointed. Some 200 cars had been sold before the Official Receiver was called in although production continued until 1922.

1922 September. Herbert Austin and Harvey Du Cros joined the board. The company was producing the 25/50 and added the 13/26 and 23/46 models (these were the Austin 12 and 20 with different radiators and improved coachwork); some cars were offered through the Austin network.

The Sizaire brothers and Berwick had left the company by the end of 1922.

Berwick was later connected with the Windsor Light Car made at Lancaster Road, London W11. Produced by James Bartle and Co.