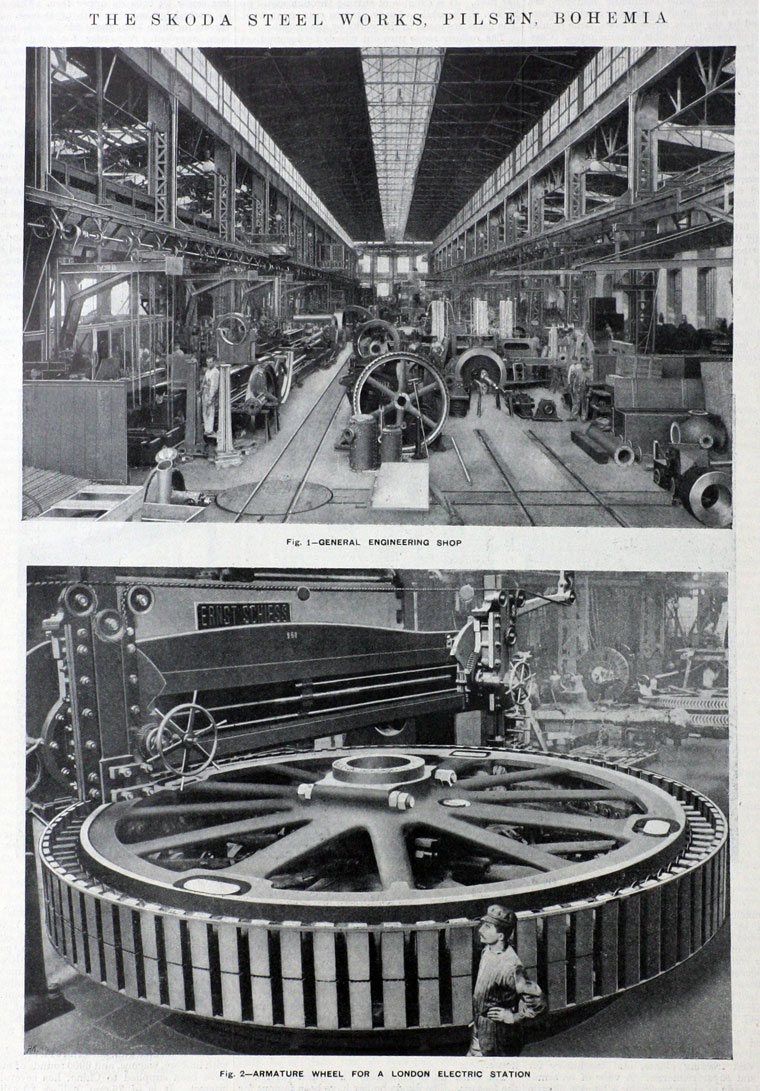 The Škoda Works was one of the largest European industrial conglomerates of the 20th century, founded by Czech engineer Emil Škoda in 1859 in Plzeň, then in the Kingdom of Bohemia, Austrian Empire. It is the predecessor of today's Škoda Auto and Škoda Transportation companies.

The Waldstein family founded the company in 1859 in Plzeň; Emil Škoda bought it in 1869. It soon established itself as Austria-Hungary's leading arms manufacturer producing heavy guns for the navy, mountain guns or mortars along with the Škoda M1909 machine gun as one of its noted products. Besides producing arms for the Austro-Hungarian military, Škoda also manufactured locomotives, aircraft, ships, machine tools, steam turbines and equipment for power utilities and still does so.

In 1859, Count Wallenstein-Vartenberk set up a branch of his foundry and engineering works in Plzeň. The output of the plant, employing over a hundred workers, included machinery and equipment for sugar mills, breweries, mines, steam engines, boilers, iron bridge structures, and railway facilities. In 1869, the plant was taken over by Emil Škoda, an industrious engineer and dynamic entrepreneur.

Škoda soon expanded the firm, and in the 1880s founded what was then a very modern steelworks capable of delivering castings weighing dozens of tons. Steel castings and, later, forgings for larger passenger liners and warships went on to rank alongside the sugar mills as the top export branches of Škoda's factory.[1]

In 1924, Škoda Works acquired the Laurin-Klement car manufacturer, later known as Škoda Auto. The companies were separated after 1945, when the entire Czechoslovak economy came under government control.[2]

2007 The two companies of the Consortium of ŠKODA STEEL s.r.o. and ŠKODA, Hutě, Plzeň, s.r.o. were merged into one, which has been renamed PILSEN STEEL s.r.o.[4]

A number of other businesses of the former Skoda Works continue under new owners. See Wikipedia entry, Former Subsidiaries for more information.