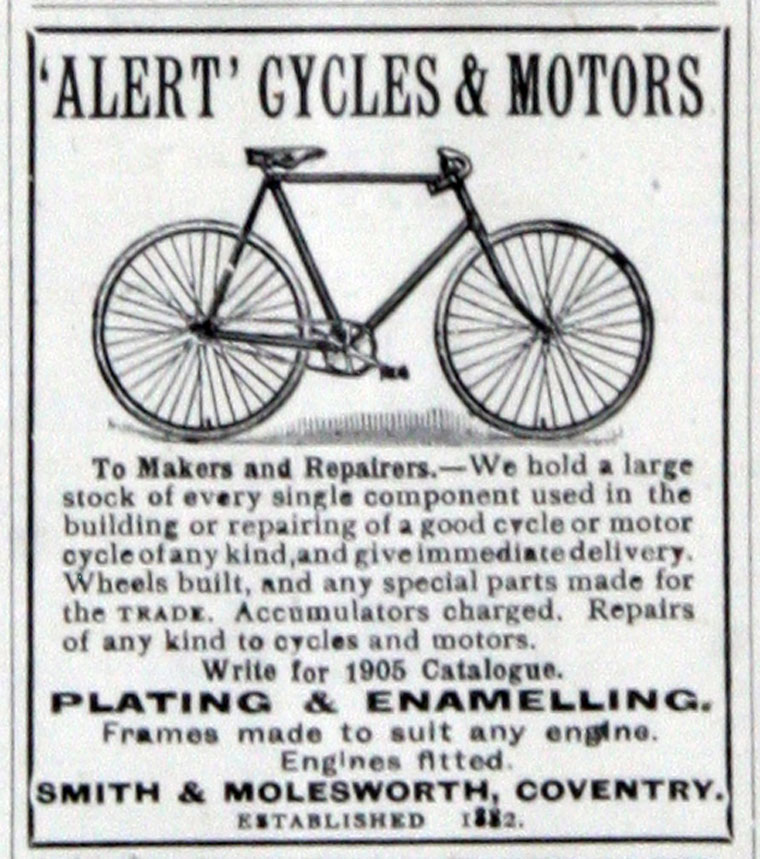 1903-06 Produced the Alert motorcycle from 1903-6 with Sarolea engines. The Alert motorcycle was a very primitive machine with the engine hung from the downtube. There were two models in the range - a 2.25hp Alert with a Belgian Sarolea engine and the 2.75hp or 3.25hp Coventry Alert. There was also a model with a Montgomery sidecar. The company also supplied fittings to the trade.

1907 Produced the Ayton-Riley (Reg No: DU 931) for Robert Charles Ayton that was entered in the Tourist Trophy race

1912 Listed in Spennell's directory of Coventry as Cycle Manufacturers. [1]

Post WWI the directors are George Molesworth and H. Reesby