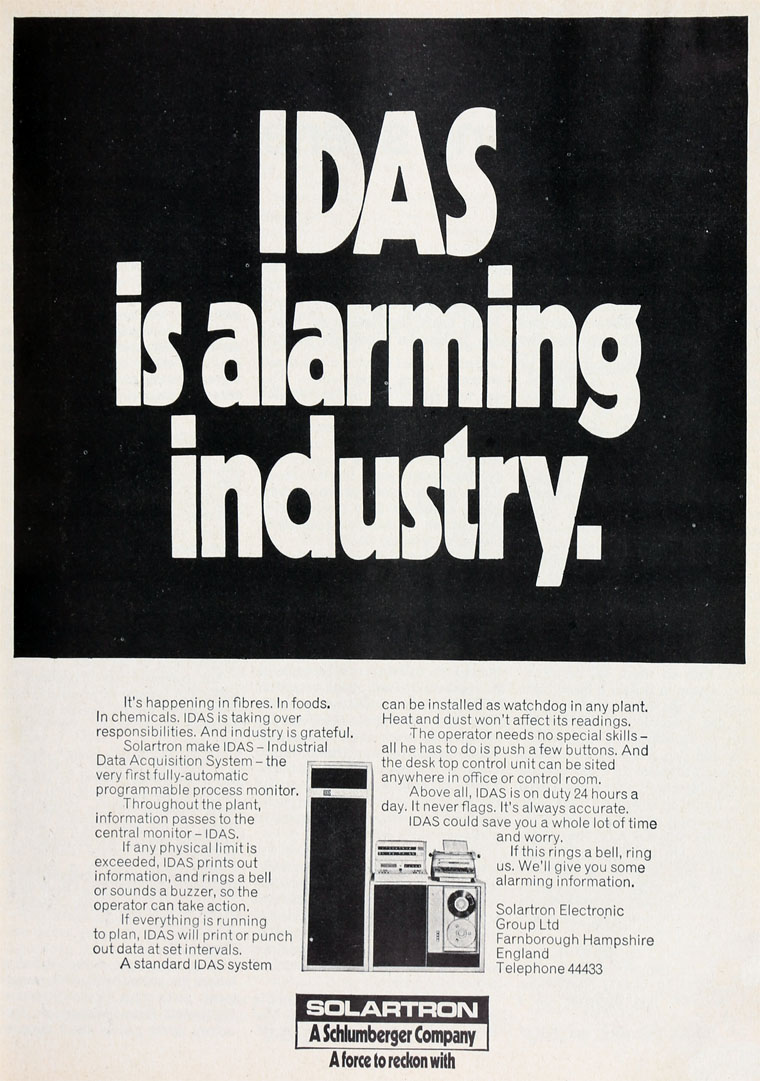 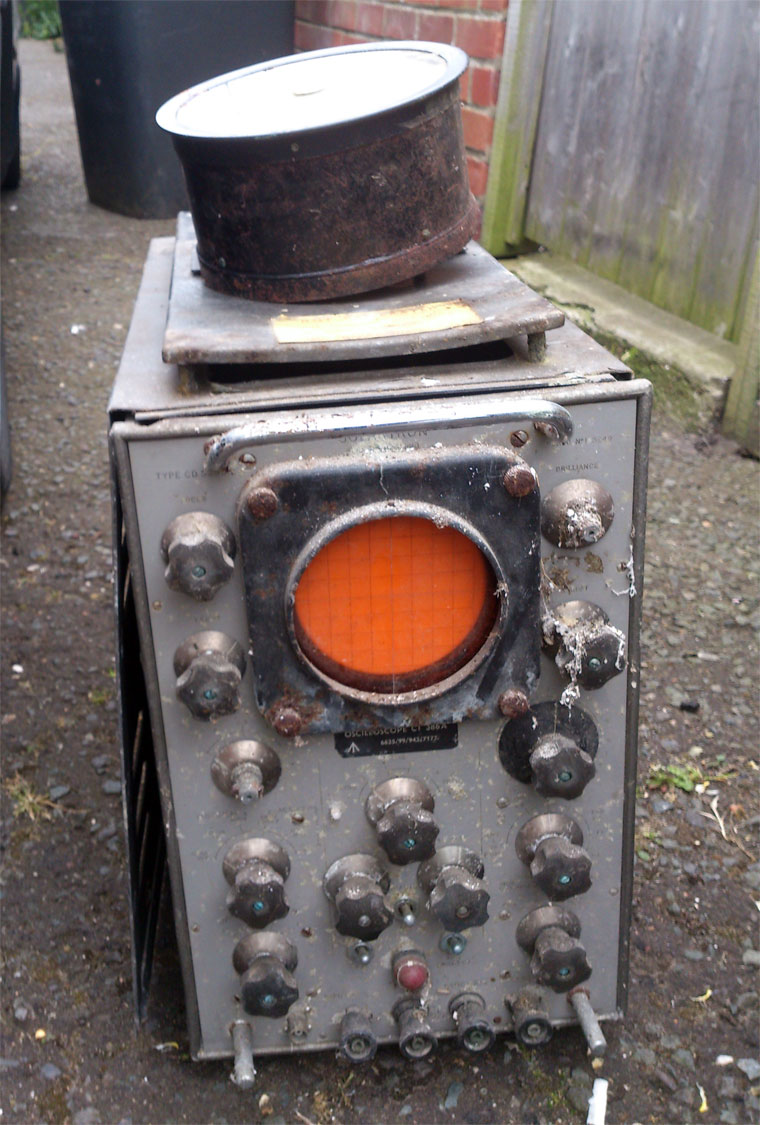 1947 E. R. Ponsford and L. B. Copestick, based in Kingston on Thames, commenced subcontract work for the GPO (General Post Office) and the Admiralty Research Laboratory, which was based at Teddington.

1948 Registered the company name, Solartron, and started the manufacture of pulse generators, power supplies and oscillators. They also designed and introduced an oscilloscope to the product range.

1950s The company expanded significantly under the leadership of John Bolton, developing a wide range of scientific instruments including radar simulator devices, X-ray spectrometers, cybernetic teaching machines and a range of analog computers.

1958 Moved to a purpose-built facility on a 15 acre site at Farnborough, Hampshire, UK.

1961 Firth Cleveland failed in its attempt to purchase the remaining shares in Solartron Electronic Group. Then sold its shareholding to Schlumberger Inc of USA.

1962 Solartron was acquired by Schlumberger as a wholly owned subsidiary. The business structure used earlier, in which subsidiary companies had been created to develop and market individual product lines, was consolidated into a single business with common marketing and R&D functions. Under Schlumberger's ownership, Solartron was able to access technology platforms owned by other Schlumberger companies, as well as benefit from the established sales and distribution channels that it offered.

1977 Schlumberger Measurement Control (UK) was created as a new holding company, one of its subsidiaries being Solartron Electronic Group. The Solartron products were then reorganized into four separate product divisions.

1993 Solarton sold by Schlumberger to a management buyout

1994 Acquired by the Roxboro Group. Roxboro was a holding company and over the following ten years acquired and divested a number of other businesses. The former measurement group became Solartron Analytical, and concentrated on developing a range of frequency response analyzers, supporting electrochemical interfaces, and digital voltmeters.

2005 Four of the Solartron group companies (Solartron Analytical, Solartron Metrology, Solartron ISA and Arun Technology) were acquired by AMETEK, a leading global manufacturer of electronic instruments and electric motors with annual sales of more than $1.6 billion. At the same time production and service of Solartron Analytical products was transferred to the current facility in Farnborough, so that once again all key business functions are located on the same site.