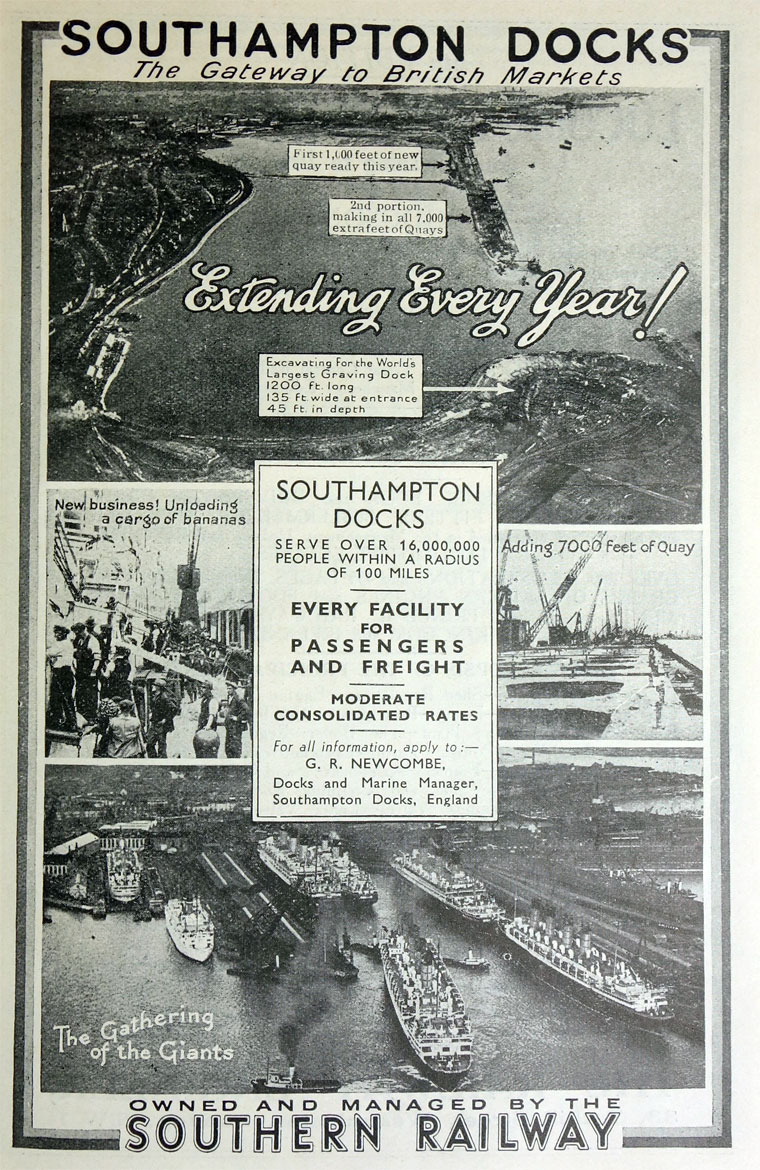 1836 The Southampton Dock Co was incorporated by Act of Parliament

1892 The Dock Company was unable to raise further capital for extensions and disposed of the property to the London and South Western Railway Company.

c. 1894 The Prince of Wales Dock was constructed

1904 The Trafalgar Graving Dock was completed

1910 Work to enlarge the Trafalgar Graving Dock began because the entrance was too narrow, being not much wider (2ft 6 in) than the Prince of Wales Dock.

1926 The de-watering plants for the various graving docks at Southampton, as well as the hydraulic pumping installations, have recently been remodeled, electricity having been substituted for steam as a motive power.[2]