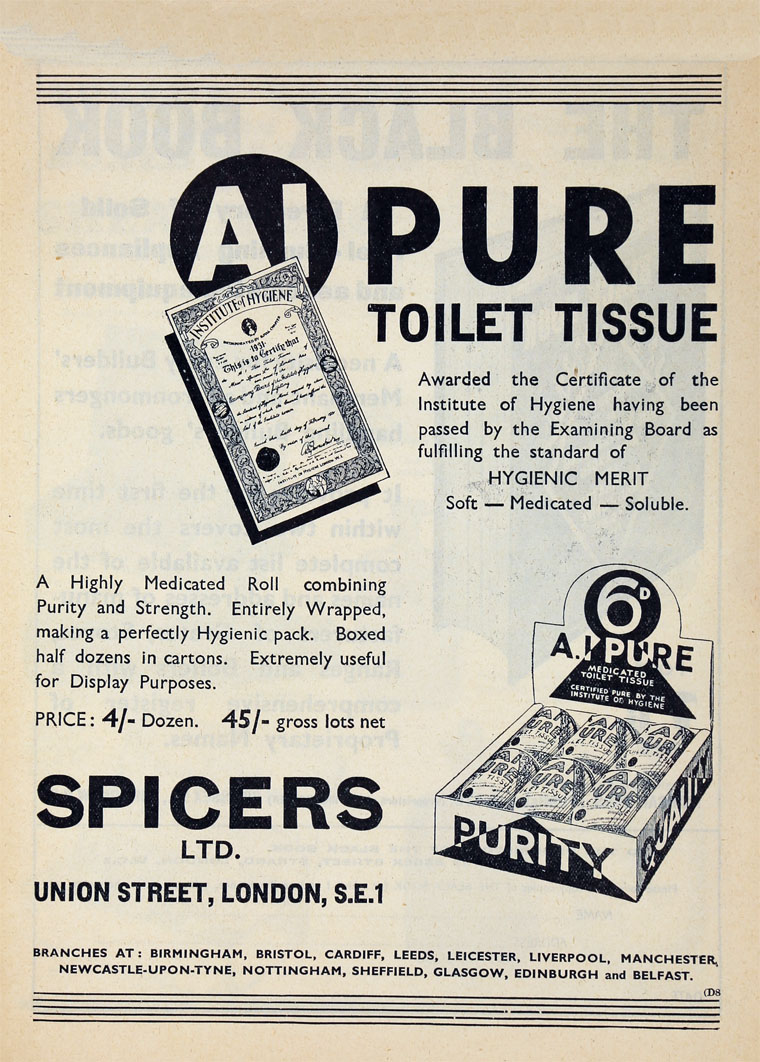 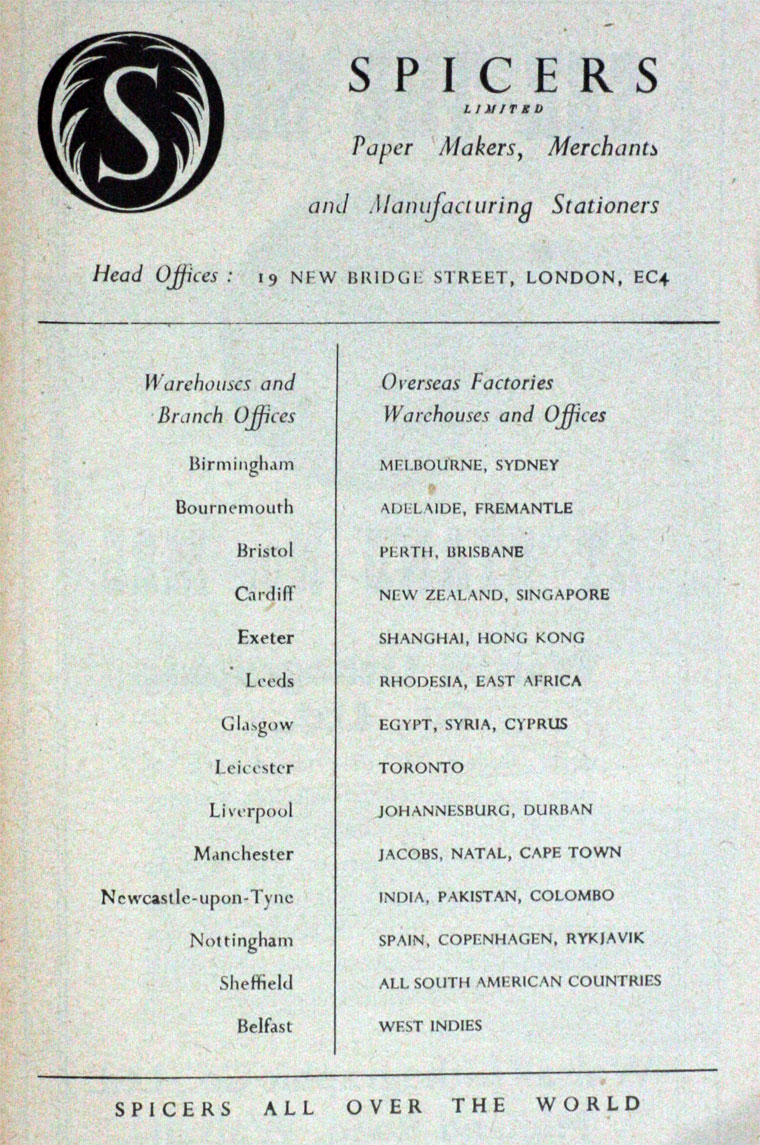 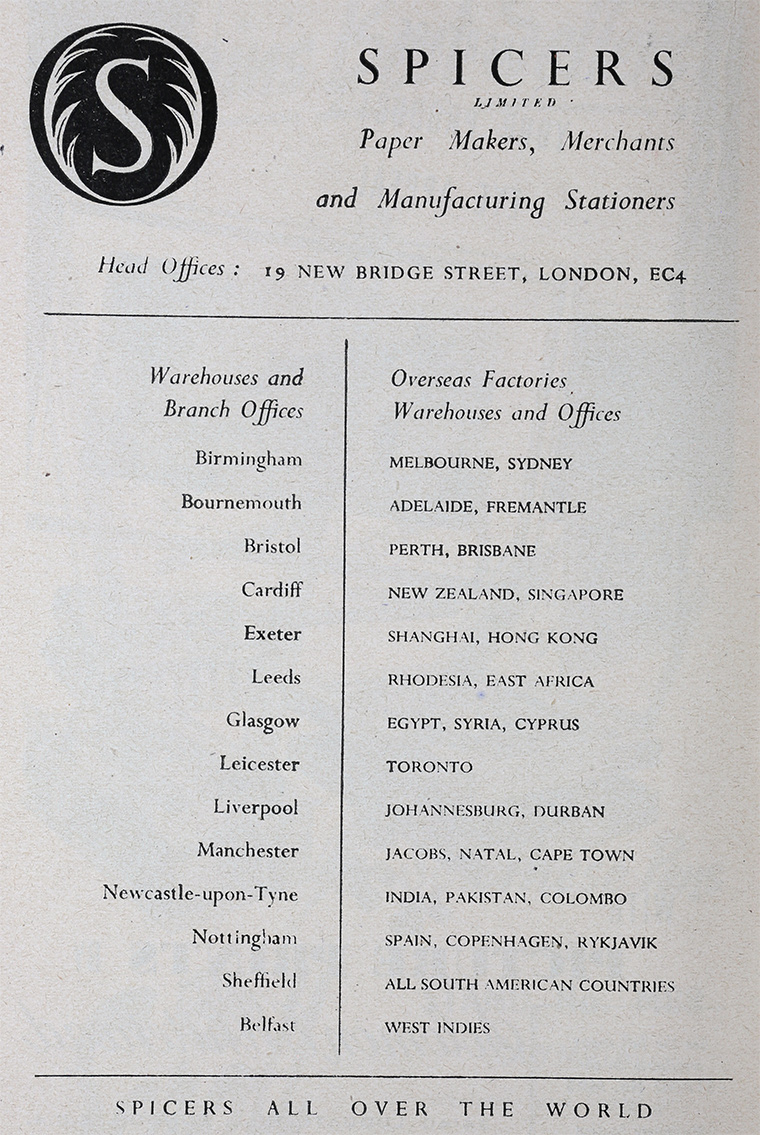 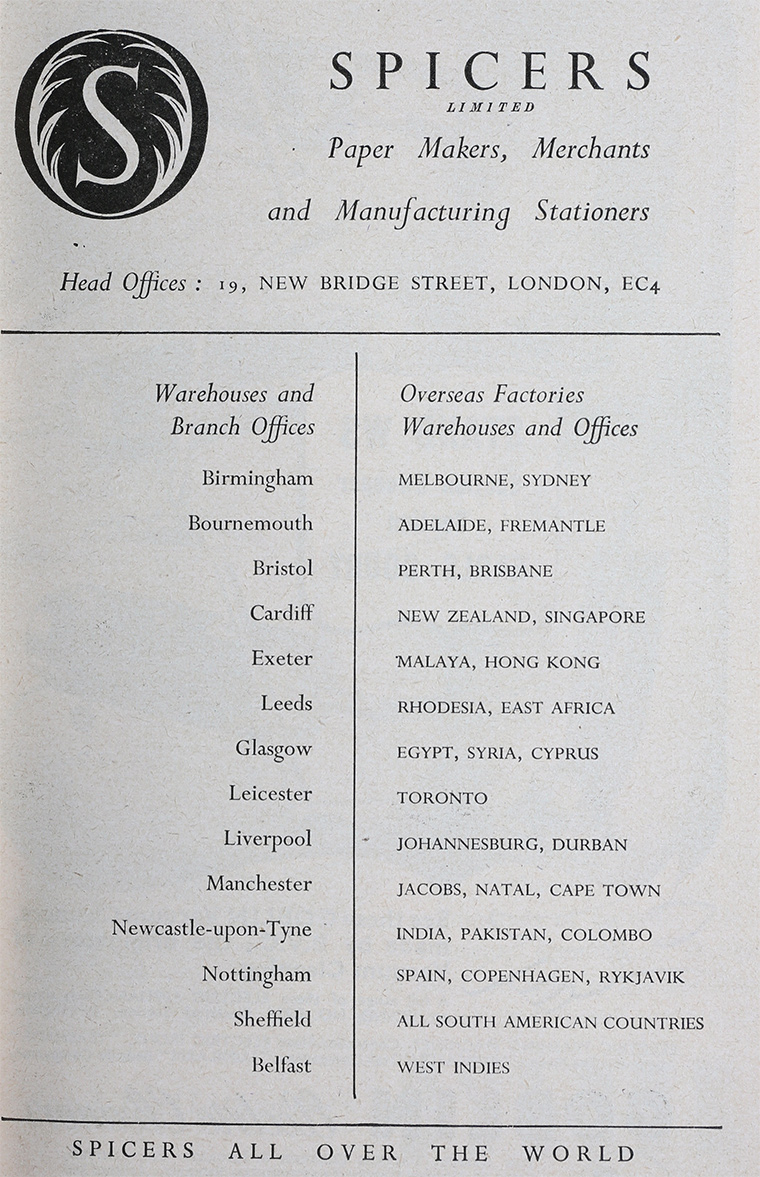 1922 James Spicer and Sons and Spicer Brothers merged with the formation of Spicers Ltd with an authorized and issued capital of £1.15 million. It owned Eynsford Mills in Kent and the Sawston Mills, Cambridgeshire; two factories in Southwark; and a new factory at Brimsdown, Middlesex.

1923 Albert Spicer remained chairman of the new company for one year before retiring from business in 1923.