Grace's Guide is the leading source of historical information on industry and manufacturing in Britain. This web publication contains 146,682 pages of information and 232,152 images on early companies, their products and the people who designed and built them. 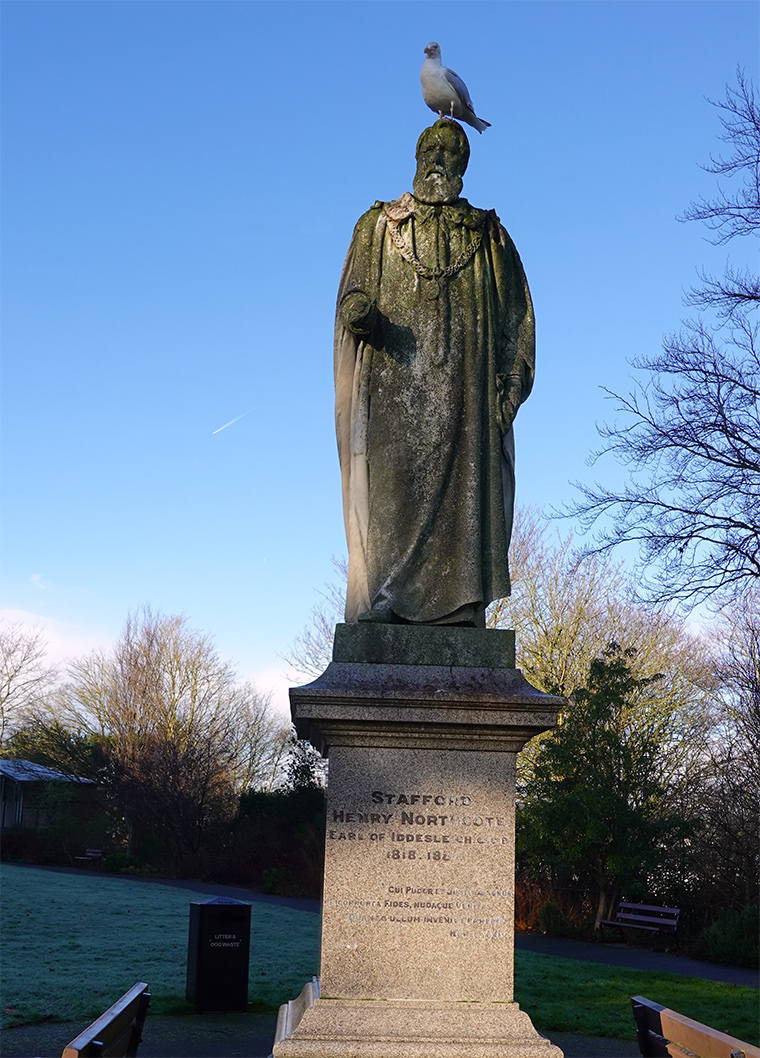 Northcote (pronounced "Northcut") was born at Portland Place, London, on 27 October 1818.[1] He was the eldest son of Henry Stafford Northcote (1792–1850), eldest son of Sir Stafford Henry Northcote, 7th Baronet. His mother was Agnes Mary (died 1840), daughter of Thomas Cockburn. His paternal ancestors had long been settled in Devon, tracing their descent from Galfridas de Nordcote who settled there in 1103.

The family home was situated at Pyne's House, Exeter. Northcote was educated at Eton and Balliol College, Oxford and was called to the bar, Inner Temple, in 1847.

His statue in Northernhay Gardens, Exeter is by by Joseph Boehm